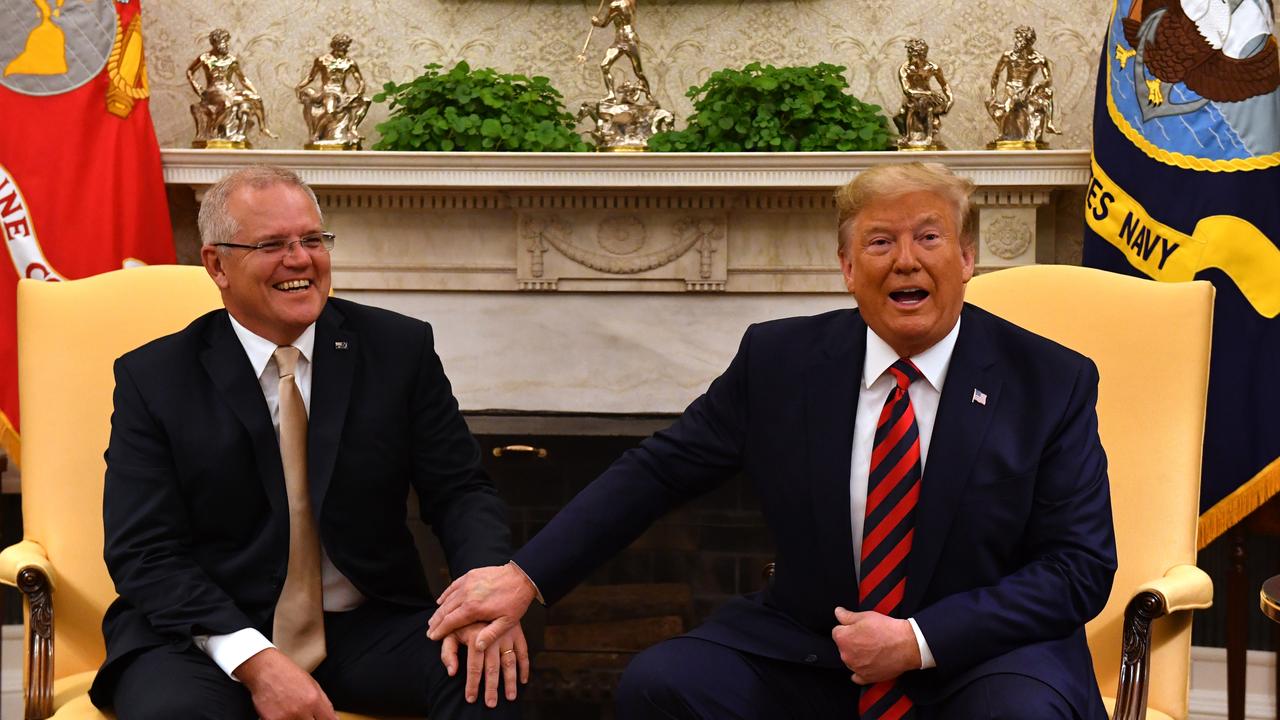 Prime Minister Scott Morrison has committed Australia to help the US achieve its bold space ambitions to return to the moon and land on Mars.

During the Prime Minister’s official state visit* to see US President Donald Trump at the White House in Washington at the weekend, Mr Morrison said the Australian Space Agency, based in Adelaide, had worked out a new deal to help NASA’s mission to the moon within five years.

Mr Morrison said the deal helped Australia be part of a mission “to capture the human imagination”.

Speaking about the agreement in the Oval Office, Mr Trump said he was proud the US was speeding up its space activity and described the 2024 mission to the moon as “tremendous”.

“I said, ‘Hey, we’ve already done the moon. That’s not so exciting.’ They said, ‘No, sir, it’s a launching pad for Mars.’ So we’ll be doing the moon but we’ll really be doing Mars and we’ll be, we’re making tremendous progress.”

The Australian Federal Government yesterday announced a $150 million boost into local businesses and new technologies to support NASA on its “inspirational campaign to return to the moon and travel to Mars”.

“Daring and brilliance is a great inspiration to all of us,” Mr Morrison said. “So beam us up.” The world leaders spoke publicly about global economics, the trade dispute between China and America and the mounting tensions in the Middle East, as Mr Trump announced tough new economic sanctions* on Iran and made a veiled threat* of nuclear strikes.

But both leaders urged restraint and downplayed any military action against Iran.

Australia has so far agreed to a limited contribution to the US-led freedom of navigation operation* in the Strait of Hormuz.

There was a lighter moment during the talks when Mr Trump described Mr Morrison’s character.

In reference to former president George W. Bush’s “man of steel” label for former Aussie PM John Howard — the last Australian leader granted a state visit in the US — Mr Trump drew laughter when he used a stronger metal to describe Mr Morrison.

“I think he is a nice guy. OK. A man of real, real strength and a great guy.” 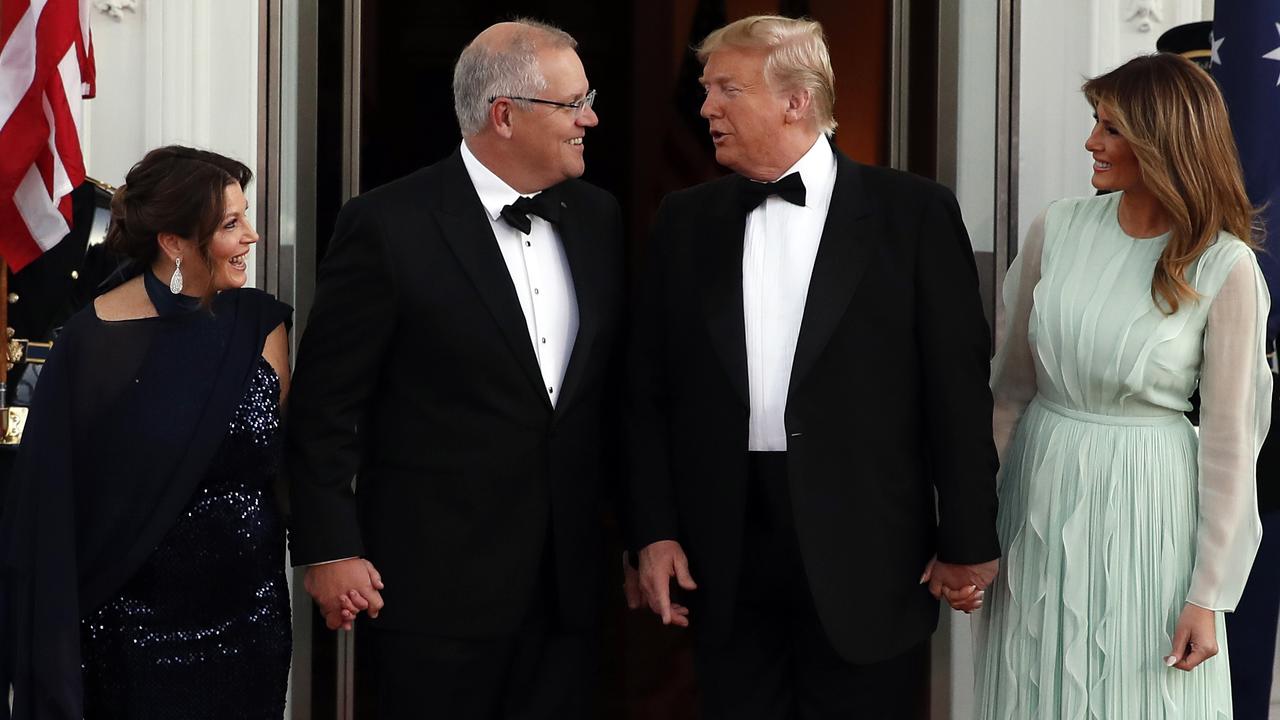 OUT AND ABOUT
Following the talks, Mr Morrison laid a wreath* at the Arlington national cemetery where military servicemen are buried. He visited the gravesite of an Australian serviceman laid to rest there.

The Prime Minister and his wife then travelled to Alexandria, Virginia, south of Washington DC, to an entrepreneur* centre for war veterans.

The Morrisons were guests of honour at a special State Dinner in the White House gardens.

It is only the second such dinner President Trump has hosted for a foreign leader during his three years in office.

Did Donald Trump fist-pump the Queen?

CLASSROOM ACTIVITIES
1. Global friends
Mr Trump and Mr Morrison described the relationship between Australia and the US as like a mateship.

Write down five reasons why you think it’s important that Australia and the US are close and able to work together. What areas of global politics should they work closely on?

2. Extension
If Scott Morrison were to host a state dinner in Australia, which world leader/s do you think he should invite? Don’t choose US President Trump, as he and Mr Morrison have just finished meeting.

Explain why you chose your leader/s and what issues you think they should discuss.

HAVE YOUR SAY: Do you think Mr Trump’s name for Mr Morrison — the man of titanium — is an accurate description of him as a world leader?
No one-word answers. Use full sentences to explain your thinking. No comments will show until approved by editors.