Prime Minister Scott Morrison and Opposition Leader Anthony Albanese are itching to get into their election showdown in Mark Knight's latest cartoon for Kids News.

We are moments away from Prime Minister Scott Morison calling a federal election. And while we don’t yet have a date, the campaigning really has already started.

The PM and the opposition leader, Labor’s Anthony Albanese, have been getting in early and trying to build favour with voters.

Election campaigns are hot territory for cartoonists so I thought I would get in early too and try to sum up the situation in the lead-up to the vote.

Politics is adversarial* by nature. By that I mean that we see candidates and political parties coming up against each other in a battle of ideas about how to best govern the country. Sometimes it’s a bit like a showdown, and that’s how I decided to portray the lead-in to this election, with a western style showdown in the main street; the two party leaders facing off against each other at high noon! I wanted to add into the cartoon some of the early political promises that the politicians have made in the hope of winning the election.

The prime minister’s biggest weapon so far came in the federal budget, where the government announced that it was cutting the taxes on fuel to reduce the price. Cost of living pressures have been a major issue and this was seen as a popular move to help motorists.

I thought I could represent this in the cartoon by replacing the PM’s pistol with a petrol bowser nozzle in his holster. His hand hovers over it ready to draw his policy weapon when the election is called!

Facing him, Labor leader Anthony Albanese has had a makeover for the election. Stories have been done on his new wardrobe, miracle diet and weight loss as he positions himself as a prime ministerial alternative*. 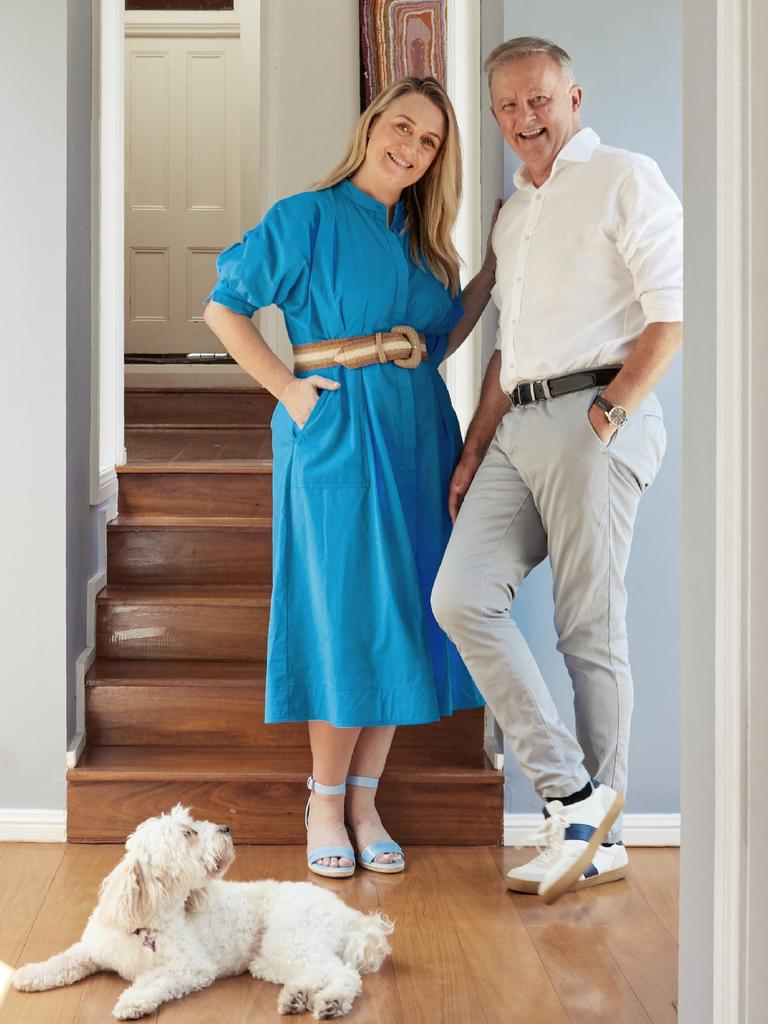 This photograph of a stylish and thinner Anthony Albanese, with partner Jodie Haydon, appeared on the cover of the Australian Women’s Weekly for a profile story on the prime ministerial hopeful in February. Picture: Alana Landsberry/Are Media

I thought I could illustrate him in the cartoon as the new “skinny Albo” by putting him in his old oversized trousers. His pose, as he hitches up these pants, resembles that of a gunslinger* ready for action!

The Labor Party has also been cautious, as it approaches this election, not to release too many policy* details. The party calls this a “small target” approach. Less detail gives its opponents, the government, less to attack.

My cartoon shows a physically thinner Albanese as a much smaller and harder target to hit in a showdown!

During the election campaign this is the sort of cartoon I can come back to and use when issues and events happen. It’s like a template.

I can use it to illustrate how the campaign is playing out. Because as we know, there are usually quite a few politicians who get wounded on the campaign trail.

They have a habit of shooting themselves in the foot*!

VCOP ACTIVITY
Stretch your sentence
Choose either Prime Minister Scott Morrison or Opposition Leader Anthony Albanese, and write down their name on a piece of paper.

Look at how they are shown in the cartoon and write down three adjectives to describe them better.