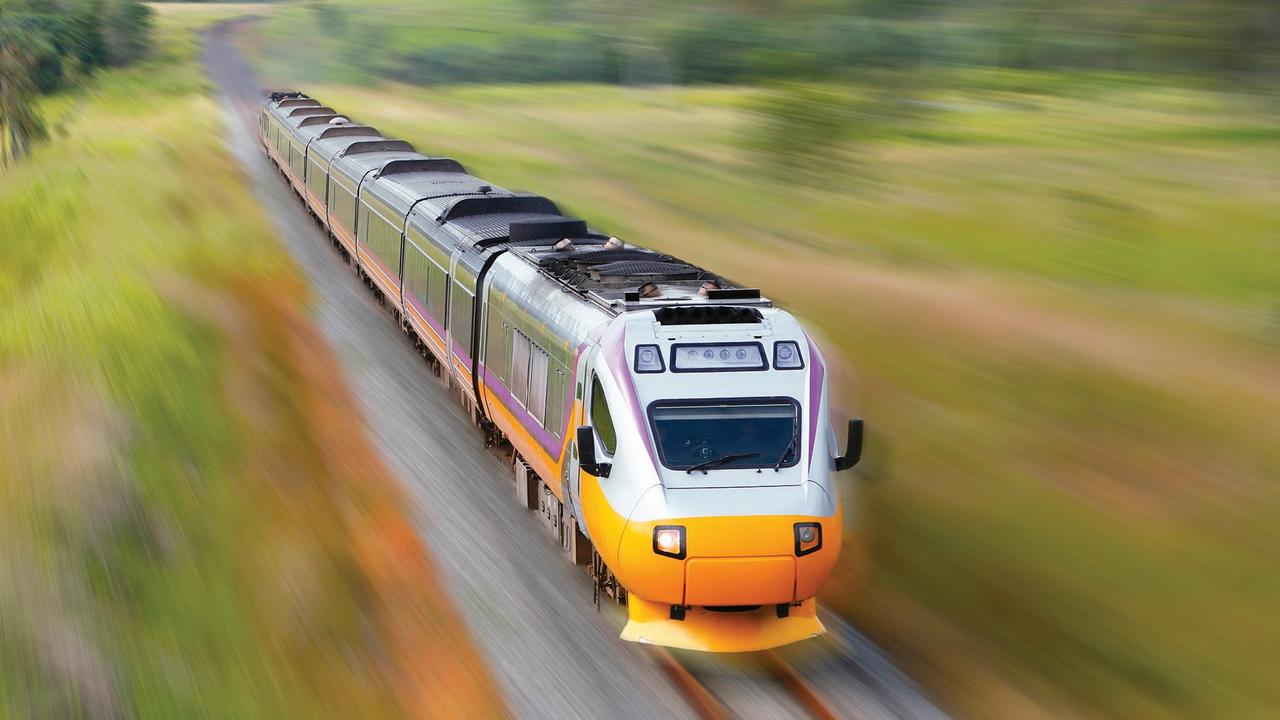 A trip between Melbourne and Geelong would take just 32 minutes on the fast rail line.

Australians could see high-speed trains linking capital cities and regional areas within decades, which would dramatically cut rail travel times across the nation.

Prime Minister Scott Morrison has promised his Coalition* Government will spend billions of dollars on high-speed rail links if he is re-elected* to the country’s top job in May.

The first project would be a $2 billion bullet train* between Melbourne and Geelong. At 200km/h* this would speed passengers along the 75km between Victoria’s largest and second-largest cities in just 32 minutes, halving the current hour-long rail journey.

“This is all part of our plan to manage population growth … to take the pressure off our big cities like Melbourne and make our regional cities like Geelong even more attractive places to live and work,” the Prime Minister said.

“As our population grows, fast rail networks are crucial to easing the congestion* pressures in our cities and shaping Australia’s future.”

The Melbourne-to-Geelong link is estimated to cost about $4 billion, with the government looking to the Victorian Government to make up the rest of the money needed.

Construction* is likely to begin within 18 months and take 10 years to complete. Graphic showing the fast rail route between Melbourne and Geelong

Asked if $4 billion was really enough to build the line, Mr Morrison said: “If the costs are greater than that, then we’ll have to address that at that time. But the train never leaves the station unless people get on board and it starts moving.”

The Victorian project is one of five new high-speed rail business cases to be investigated at a cost of $40 million.

Mr Morrison has also flagged a link from Brisbane to the Gold Coast for a trip of 35 minutes. High-speed lines between Wollongong, Newcastle and Sydney have also been mentioned as well as from the Sunshine Coast to Brisbane.

The government will create a National Fast Rail Agency to work with states, the private sector*, and local communities to determine what should be done first and manage the fast-rail projects. He said the Coalition had ignored a detailed 2013 Labor government study for high-speed rail connecting Brisbane and Melbourne via Sydney and Canberra.

The study found a line between Brisbane and Melbourne via Sydney and Canberra would produce $2 of public benefit for every $1 invested.

An independent panel then recommended the creation of a high-speed rail authority* to advance the project and begin buying land along the journey route, but the work was stopped.

“Genuine high-speed rail down Australia’s east coast would allow people to move between capital cities in as little as three hours at speeds of up to 350km/h,” Mr Alabanese said.

SOME OF THE WORLD’S FASTEST TRAINS

THE WORLD RECORD
The world record for conventional high-speed rail is held by the V150, a specially built version of Alstom’s TGV, which reached 574.8km/h on a test run in France in 2007.
That speed is almost six times as fast as your parents drive in the car on a freeway.

Car that drives itself while you sleep

CLASSROOM ACTIVITIES
1. The PM’s speech
Imagine that you are the Prime Minister. Write your announcement speech presenting this proposed project to the public. Your speech should clearly set out what the project is and why it will benefit Australians. (There are lots of facts in the news article to help you.) Ensure that your speech uses formal language, like the Prime Minister would use when making an official announcement.

Practise presenting your announcement as if you are the Prime Minister. This requires clear and confident speech, the use of gestures and facial expressions and eye contact with your audience.

2. Extension
Write 3 questions that different types of people might ask the Prime Minister about this project. The questions should be from the point of view of:

VCOP ACTIVITY
Hit the streets, or in this case, your classroom
Your job is to let your classmates or other members of the school know about the proposed new high speed rail and collect “direct quotes” (exact comments) for your next article.

Try and collect 4 quotes about what the public think of this new rail system. Give them the facts, but try not to persuade them one way or another when asking for a comment.

When you write up the comment in class, make sure you focus on the punctuation required when someone is talking in text.

HAVE YOUR SAY: If you could travel interstate on a fast train for the weekend, which Australian city listed in the article would you like to visit? Why?
No one-word answers. Use full sentences to explain your thinking. No comments will be shown until approved by editors.