Australian Olympic gold medallist Nova Peris is leading the fight against a clothing company that bought the copyright* to the Aboriginal flag.

WAM Clothing was given exclusive* rights to use the Aboriginal flag on clothing by Luritja* artist Harold Thomas, who designed the flag in 1971. 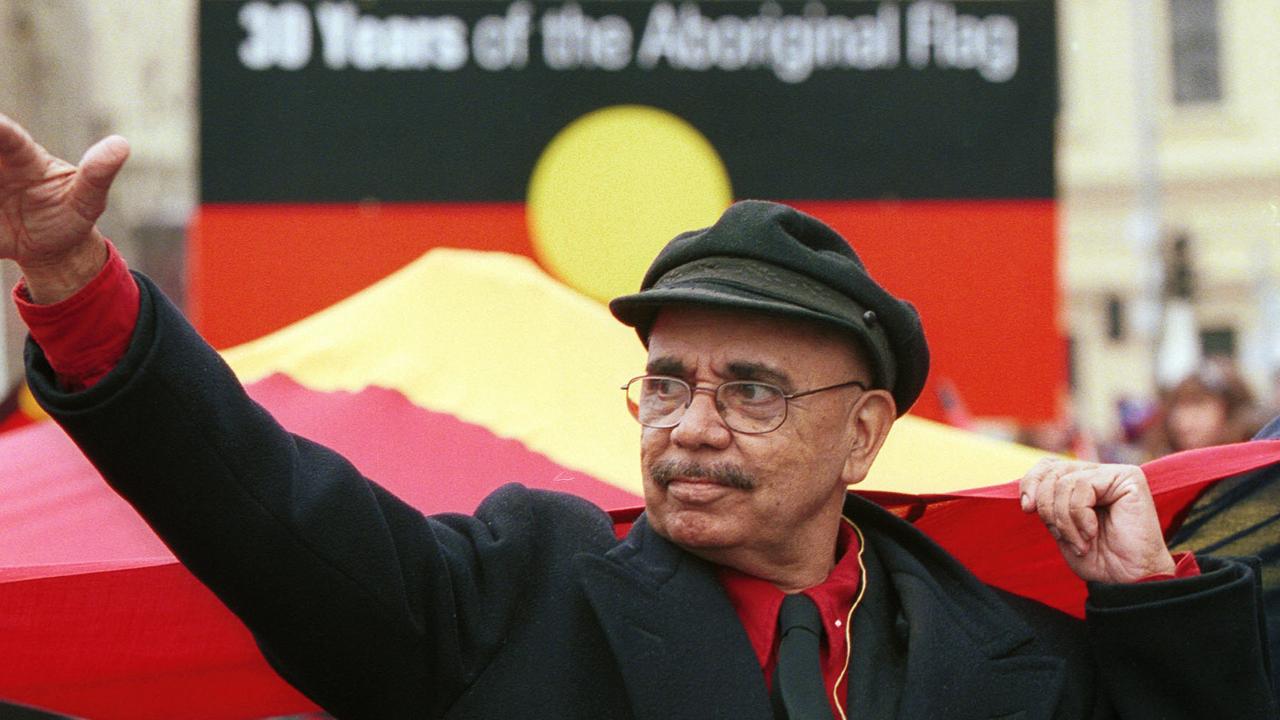 Artist Harold Thomas at a parade in Adelaide in 2001 celebrating 30 years since he designed the Aboriginal flag.

WAM Clothing has reportedly sent several “cease and desist*” notices to Aboriginal-owned businesses that use the flag on clothes, along with the AFL, which uses images of the flag on club jerseys for its indigenous round.

Ms Peris this week took a Change.org petition with about 50,000 signatures to a group of Labor politicians.

Speaking to ABC Radio, the 1996 Olympic gold medal winner explained if she was competing today, she would have to get WAM’s permission to wear the flag on her clothing to race or face legal action.

“We pretty much have to get down on one knee and beg them to use our flag. We have to pay to use it,” Ms Peris said. “In 1995 there was a proclamation* made by the Governor-General to claim this flag as the flag of the Aboriginal people. So it was a flag before a legal copyright came over the top. A member of the public is seen with the Aboriginal flag during The City of Sydney’s annual NAIDOC in the City event in Hyde Park, Sydney, July 13, 2019. NAIDOC week celebrates Aboriginal and Torrens Straight Islander cultures and traditions. Picture: AAP

She criticised Mr Thomas’ decision to licence the flag to WAM, which was founded by non-indigenous owners Semele Moore and Been Wooster in 2018.

“(Mr Thomas) basically said, ‘This is my flag, this is my dreaming, this belongs to my family’, and so Aboriginal people across the country are like, ‘What the hell? How do you say that?’

“We the people have made that flag and elevated it to its status* today.”

The Change.org petition was started in June by Spark Health, an Aboriginal-owned and run business that focuses on indigenous health and welfare. Spark Health is one of the companies threatened with legal action.

The petition calls for the licensing agreement to be changed.

“Should WAM Clothing, a non-indigenous business, hold the monopoly* in a market to profit off Aboriginal people’s identity and love for ‘their’ flag?

“We believe that this control of the market by a non-indigenous business has to stop.”

However, WAM Clothing said in a statement it had reached out to Spark Health and offered to discuss a resolution* but received no reply. 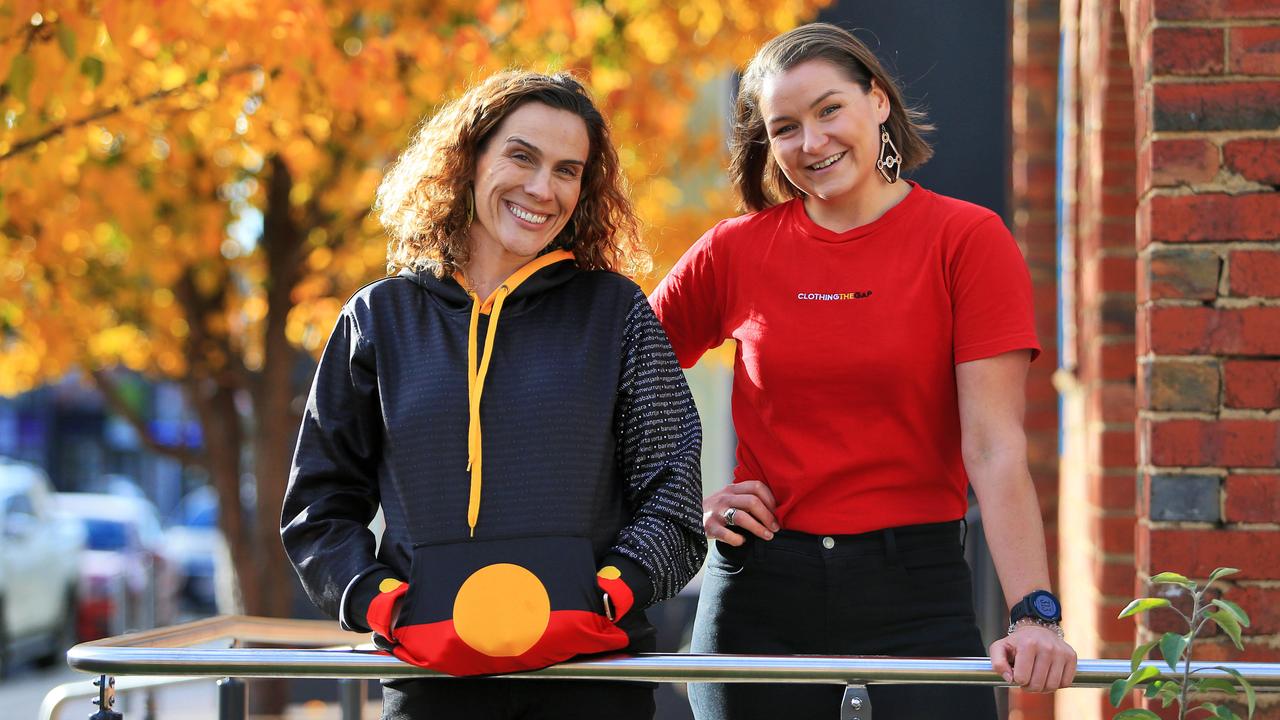 WAM Clothing also confirmed it was in discussions with the NRL and AFL about the use of the flag on clothing.

The company noted that before it entered into the licence agreement with Mr Thomas he was not receiving recognition or royalties from the majority of companies reproducing the Aboriginal flag.

“We’re pleased that Harold is now starting to receive his rightful recognition and subsequently royalties for his copyright,” the statement read.

“WAM Clothing has obligations* under its licence agreement to enforce Harold Thomas’ copyright, which includes issuing cease and desist notices.”

The company also included a statement attributed to Mr Thomas.

“It’s taken many years to find the appropriate Australian company that respects and honours the Aboriginal flag meaning and copyright, and that is WAM Clothing,” the flag designer said.

“The Aboriginal flag is doing its job as it was intended to do, to bring unity* and pride to all Aboriginals.

“At times we get the few who snigger and are disenchanted*. I can’t satisfy all black people who wish to break up the Aboriginal unification*.”

ABORIGINAL FLAG
The flag was designed by Harold Thomas, a Luritja man of Central Australia, and was first flown on National Aboriginal Day in Adelaide in 1971.

The flag is a coloured rectangle divided in half horizontally, the upper half black and lower red. A yellow circle sits at the centre of the rectangle.

Mr Thomas said the colours of the flag represent the Aboriginal people of Australia, the red ochre colour of earth and a spiritual relation to the land and the sun, the giver of life and protector. 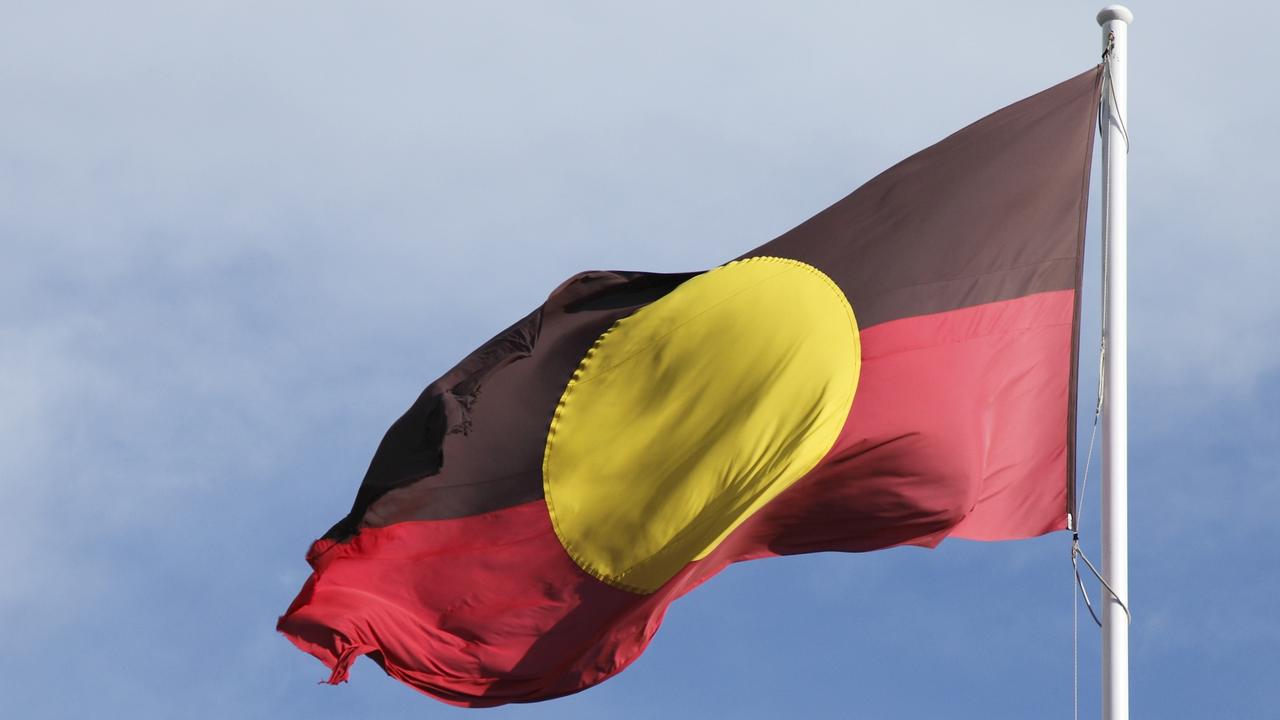 Aboriginal athlete Cathy Freeman attracted criticism at the 1994 Commonwealth Games by carrying the Aboriginal flag as well as the Australian national flag during her victory lap after winning the 200m and 400m sprints.

In 1995 the Aboriginal flag was recognised by the Australian Government as an official ‘Flag of Australia’ under the Flags Act 1953.

At the 2000 Sydney Olympics, Ms Freeman won the 400m gold medal and again carried both the Australian national flag and the Aboriginal flag, as well as her yellow, red and black running shoes when she ran a victory lap. This time, instead of being criticised, she was widely congratulated for both her sporting achievement and for carrying the Aboriginal flag. Cathy Freeman holding the Aboriginal flag and Australian national flag after winning the 400m final the at Olympic Games in Sydney, September 25, 2000.

NOVA PERIS
Nova Peris is 48 years old and was born in Darwin.

In 1996 she became the first indigenous Australian to win an Olympic gold medal, as a member of the Hockeyroos team in Atlanta, US.

She was 1997 Young Australian of the Year.

She then switched to running. In 1998 she won Commonwealth gold medals for the 200m and as part of the 4x100m relay team in Kuala Lumpur, Malaysia.

At the 2000 Olympics in Sydney she reached the semi-final of the 400m and was a member of the 4x400m relay team, which placed fifth.

In 2013 she was elected to the Senate for the Northern Territory, the first indigenous woman elected to federal parliament. 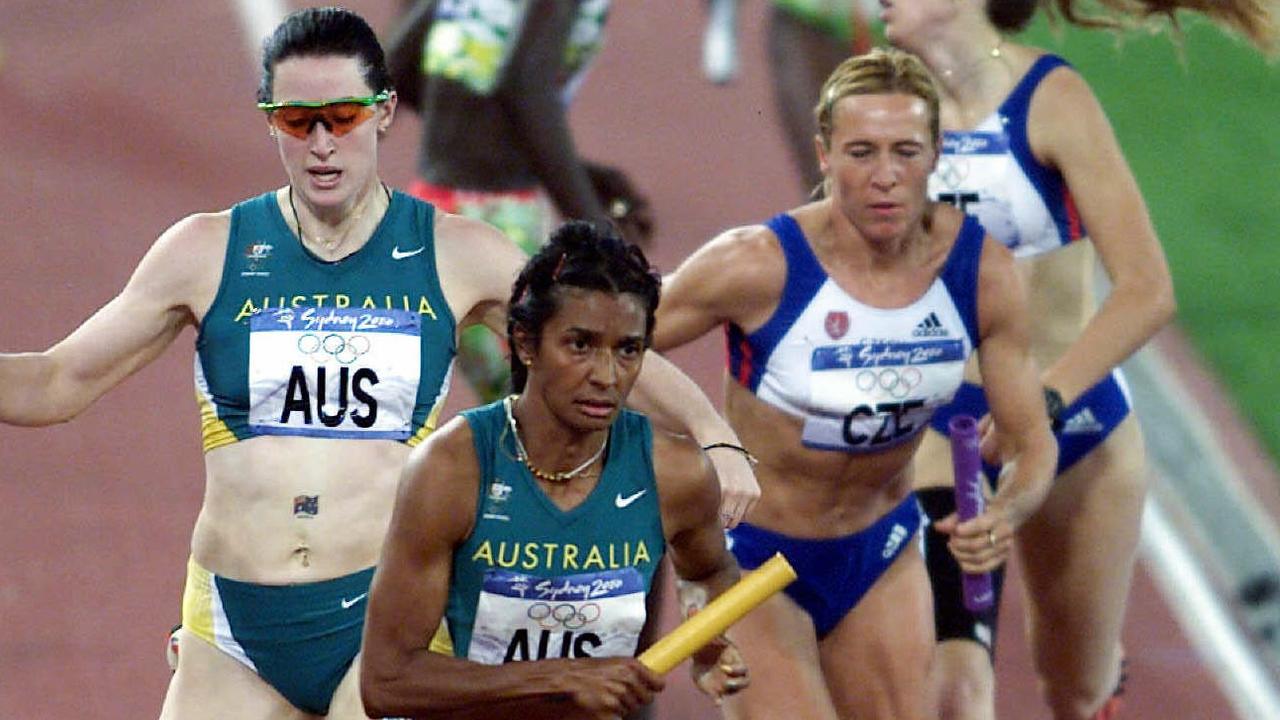 Jana Pittman passes to Nova Peris in the 4x400m relay heats at the 2000 Sydney Olympic Games.

CLASSROOM ACTIVITIES
1. Form an opinion
Where do you stand on this issue?

To form an opinion on an issue like this it is important to look at all points of view and the reasons people hold that point of view.

Read through the article carefully and note down under each heading any reasons or evidence that supports their stance on the issue.

For example: Under WAM CLOTHING — you could write Harold Thomas was the artist who designed the flag and deserves to be recognised and to collect royalties.

Under NOVA PERIS — you could write WAM Clothing was not founded by indigenous Australians.

Can you add any more points to support either side of this issue?

To finish, write a paragraph outlining your opinion of this issue. Do you think this clothing company should continue to have copyright of the Aboriginal flag or should the copyright should be lifted? Include the reasons you believe justify this opinion.

2. Extension
Use your opinion to help you write a letter to the Labor politicians either in support of the petition or against it. Make sure you include reasons why you hold this opinion. Use emotive language to help convince the reader to agree with you.

HAVE YOUR SAY: Share and explain your opinion on whether the clothing company should be able to restrict the use of the Aboriginal flag.
No one-word answers. Use full sentences to explain your thinking. No comments will be published until approved by editors.