The Prime Minister Malcolm Turnbull with Peter Dutton during Question Time in the House of Representatives in Parliament House Canberra. Picture: Gary Ramage

Malcolm Turnbull is still Australian Prime Minister today after the politicians in his government yesterday (Tuesday) challenged* his leadership in a vote.

The politicians voted 48 votes for Mr Turnbull and 35 votes for minister Peter Dutton, who wanted to take over the top job, which meant Mr Turnbull kept the job as leader of the Liberal party. 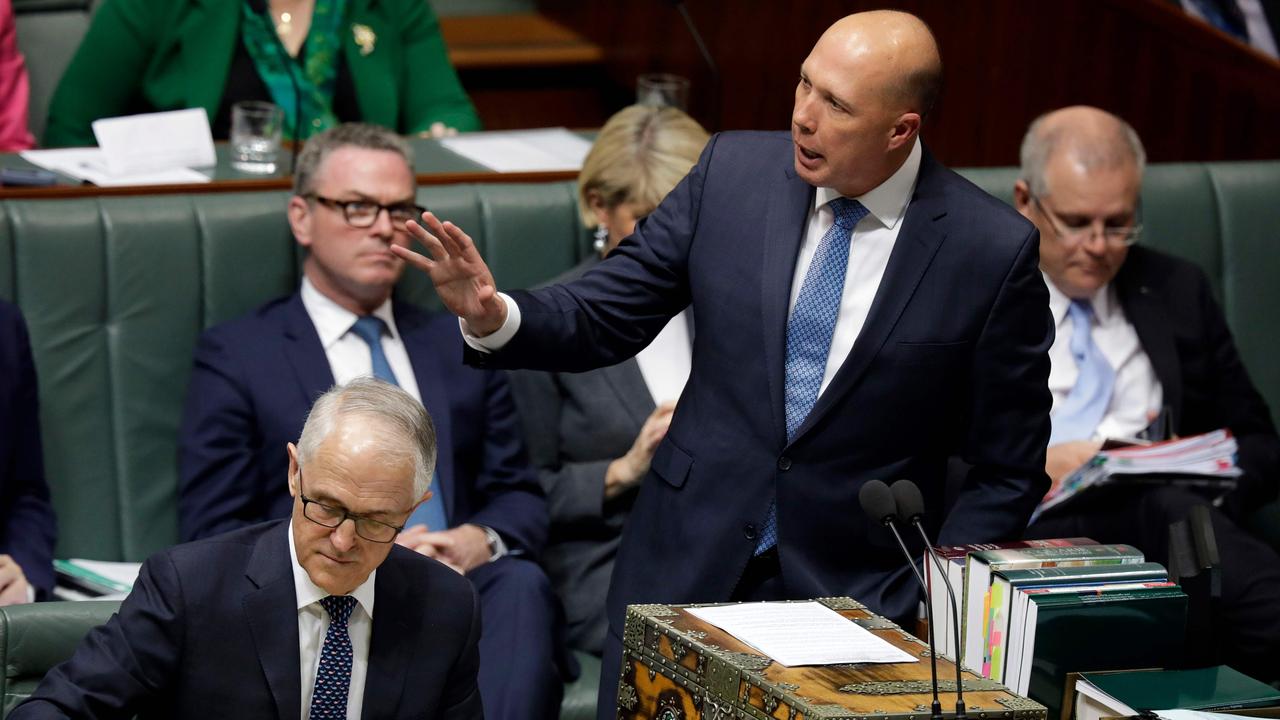 The vote happened after what is called a leadership spill, or just spill, in which the leader of the party leaves the leadership so that there can be a vote to refill the position with the most popular person. That person would then become Prime Minister as Mr Turnbull and Mr Dutton’s Liberal party is the governing* party in Australia as voted by the Australian people.

Even though Mr Turnbull won yesterday’s vote, many people think there will be another challenge to his leadership in the next few days or weeks. The Prime Minister Malcolm Turnbull with Peter Dutton during Question Time in the House of Representatives in Parliament House Canberra. Picture: Gary Ramage

Sky News journalist David Speers said the fact that 35 of his party members voted against Mr Turnbull was a “humiliation*” for him.

“In Parliament, he’s going to be standing there in front of a backbench, a third, nearly half of whom don’t support him,” he said.

“Incredibly difficult to see how Malcolm Turnbull can recover from this.”

One of Mr Turnbull’s supporters, Defence Minister* Chris Pyne, said Australians would be shocked if the government had changed leaders again. “I think the Australian public would throw up their hands and say you guys in Canberra are playing games,” he said.

SPILLS: Leadership spills (leading to a vote like the one that happened yesterday), are becoming more common in Australia and much more common than in many other countries. Prime Minister Julia Gillard meets with former PM Kevin Rudd to discuss the campaign strategy at the Commonwealth Parliamentary Offices in Brisbane, while campaigning for the 2010 federal election.

PRIME MINISTERS: It is an unstable time in Australian politics. When Mr Turnbull became Prime Minister in 2015, he was Australia’s fifth prime minister in five years, even though there have only been 29 prime ministers since the first in 1901.

There were lots of changes to the leadership in the early years after Federation in 1901 and again during World War II. Federation was when Australia became one country instead of separate states. RESHUFFLE: Mr Dutton was a senior minister in Mr Turnbull’s government but left that role yesterday morning before the vote. He will now be on the backbench, which means he sits up in the back rows in parliament, with all the other politicians who don’t have the big jobs.

The politicians with the biggest jobs — such as the Prime Minister and ministers — sit on the front bench.

Mr Dutton was Home Affairs Minister*. Now that he is not in that job, Mr Turnbull will organise what is called a reshuffle, which means he moves people around into and out of the big jobs. 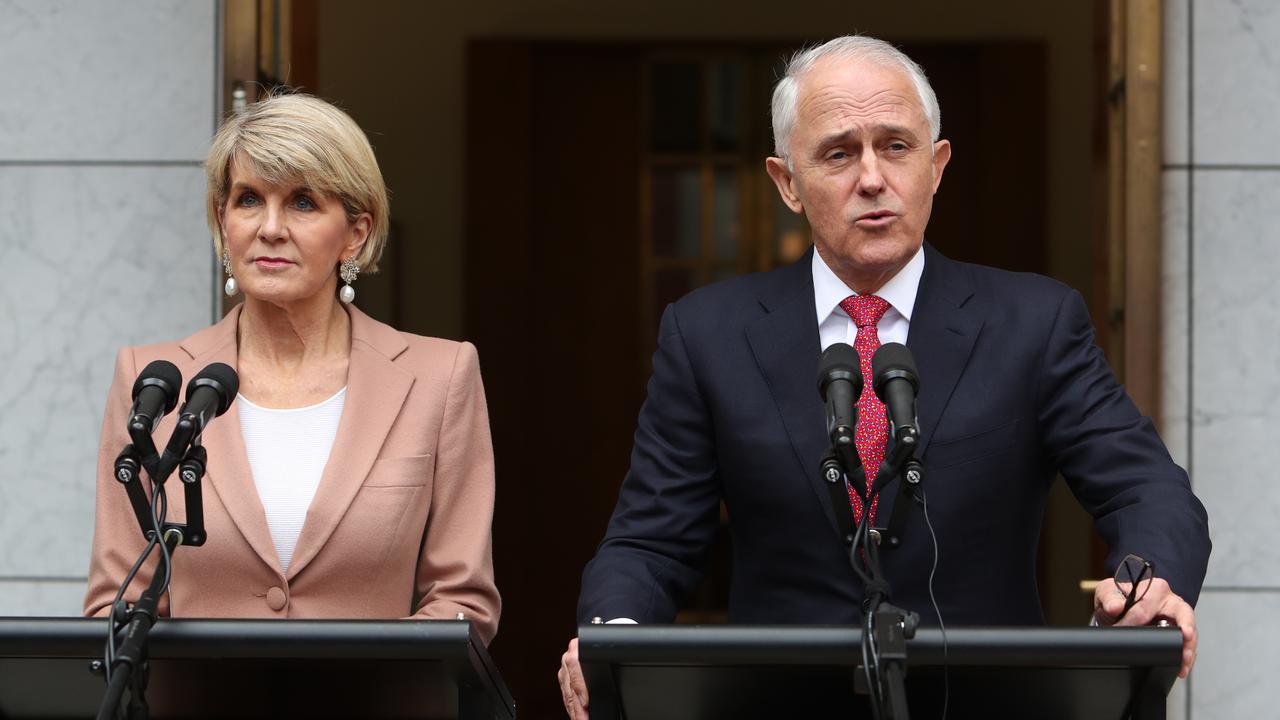 ENERGY POLICY: Mr Turnbull has been trying to get his politicians to agree on a big piece of policy — or plan for the future — called the National Energy Guarantee, or NEG. This policy covers things like how Australia will manage climate change and greenhouse gas emissions*, how we generate* our electricity in the future and how much electricity will cost Australians.

It has been difficult to get politicians to agree on this policy, which showed that Mr Turnbull didn’t have a lot of support as the leader of the government, or perhaps wasn’t a strong leader. This is one of the things that led to yesterday’s vote.

What is the citizenship saga

Defence Minister: the politician in charge of Australia’s defence and defence forces

Home Affairs Minister: the politician in charge of keeping Australia and its borders secure, immigration and police

emissions: production, as in of pollution

1. How many politicians voted for Mr Turnbull and Mr Dutton?

2. Why could the situation be even worse for Mr Turnbull now even though he won the vote?

3. Are leadership spills common in Australia?

4. How many Australian Prime Ministers have there been?

5. What job did Mr Dutton have before the vote? Where will he sit in parliament now?

If you were the elected leader of your class and school, and a leadership spill took place with the same result as in the story, what are some your thoughts and feelings towards the 35 fellow classmates who voted AGAINST you staying the leader?

Now you have to re-allocate all the jobs for your classmates. What sort of jobs would you give the 35 people who didn’t vote for you?

HAVE YOUR SAY: Think about your school or sports captains or leaders. What are the benefits of having the same leaders for a long time? Sometimes, change can be good. What could the benefits of changing leaders in an organisation be?
No one-word answers. Use full sentences.