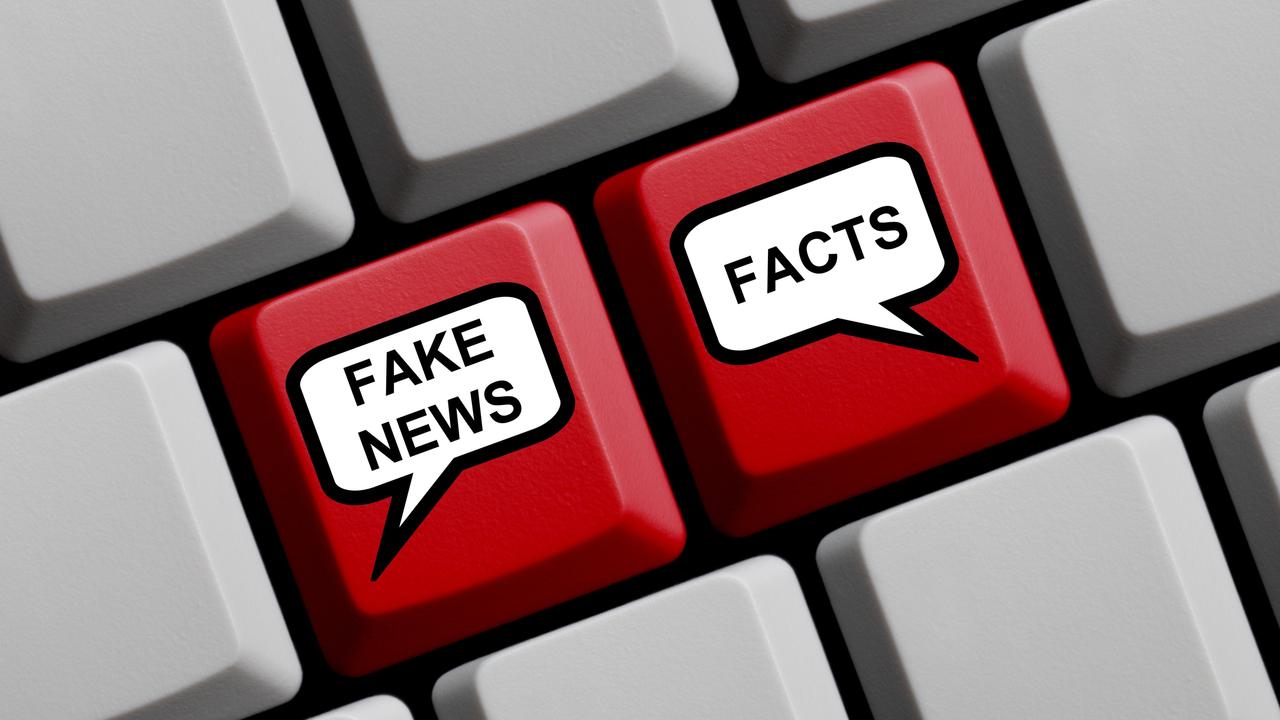 Fake news has always been around but is much easier to spread today thanks to the internet and social media.

It’s a term made famous by US President Donald Trump. In reality, fake news has always been around, but the internet and social media have made it much easier for false or misleading information to be created and shared.

“Things can go bigger and be shared really quickly with millions of people,” said Daniel Donahoo, senior adviser on digital innovation with the Alannah & Madeline Foundation.

“And because it can get really big, really fast, it’s hard for people to check and work out what’s going on because you think ‘oh, I’ve seen it so many times it must be true’.”

Mr Donahoo said more people also had the ability to post online and claim to be a source of news.

“Everyone can open up photoshop and change an image a little bit or download a video and upload it again saying it’s of a fire in Melbourne, when actually it’s a fire that happened three years ago somewhere else,” he said. US President Donald Trump has made the term “fake news” famous. Picture: AFP

With kids growing up in the middle of this fake news storm, the Alannah & Madeline Foundation has created the Media Literacy Lab to teach secondary school children how
to navigate* modern media, including sorting real news from fake.

Mr Donahoo said spotting fake news could be a challenge because of how sophisticated* many false posts were.

“It’s really difficult for children and for adults as well, because of the nature of how some of these things have been designed,” he said.

He said children aged under 8 didn’t have the ability to understand that people might post something just to trick them, while younger teens could be easily influenced by celebrities used in fake posts. Former cricketer Shane Warne was used in this 2019 fake news post on social media that made up comments about immigration. 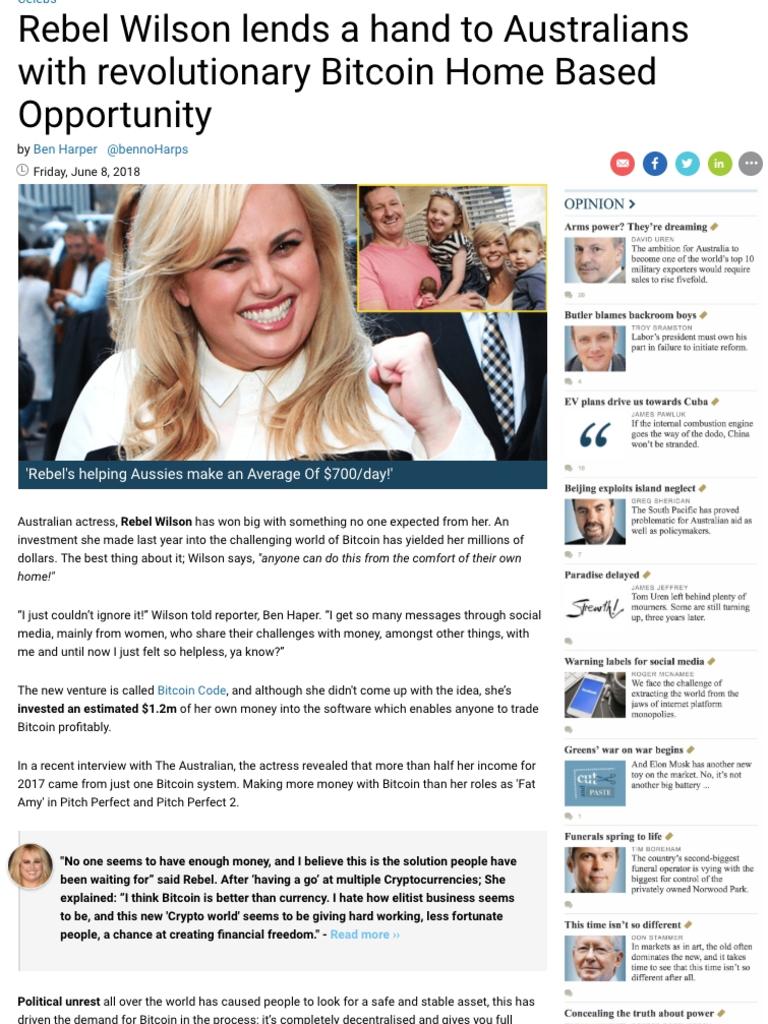 “The problem with fake news is that it is done so well, it can look so significant, and there are a lot of blogs and smaller players out there who aren’t held to account like larger news organisations,” Mr Donahoo said.

“They are in the business of producing distorted* information and they have become really good at allowing that to be shared and pushed across a whole range of platforms.”

He said trusted news sources had played an important role in informing people, helping them understand others’ views and actions, and calling out bad behaviour, including by our politicians and governments, for 150 years.

But those behind fake news were manipulating* technology to spread false information for reasons including making money, increasing their power and trying to get support for their views.

“As kids begin to consume content, they need to be aware of that because it can impact on what they think about the world and how they see it,” he said. It can be hard for kids to spot fake news. Start by asking questions about what you’re reading.

As well as tackling fake news, the Alannah & Madeline Foundation’s Media Literacy Lab, which already has about 150 schools signed up, includes lessons on how information is published online, how algorithms work to put certain information on your screen and how to verify* information sources.

Mr Donahoo said children needed to learn to be “sceptical* and curious” when reading, watching or listening to news.

He said asking questions was the key: where did this information come from; why are they saying that; does it really make sense; could it really be true; is it a trusted website or source?

Doing your own research to check facts was also important, Mr Donahoo said. And if you found something that didn’t add up, call it out.

“Fake news is so often created by adults and so children and teens enjoy being able to say ‘hang on, you’re trying to fool me here and I am not fooled’,” he said.

“And we want it not to be fake. We need it to be as authentic* and as transparent* and valid* and credible* as possible.” 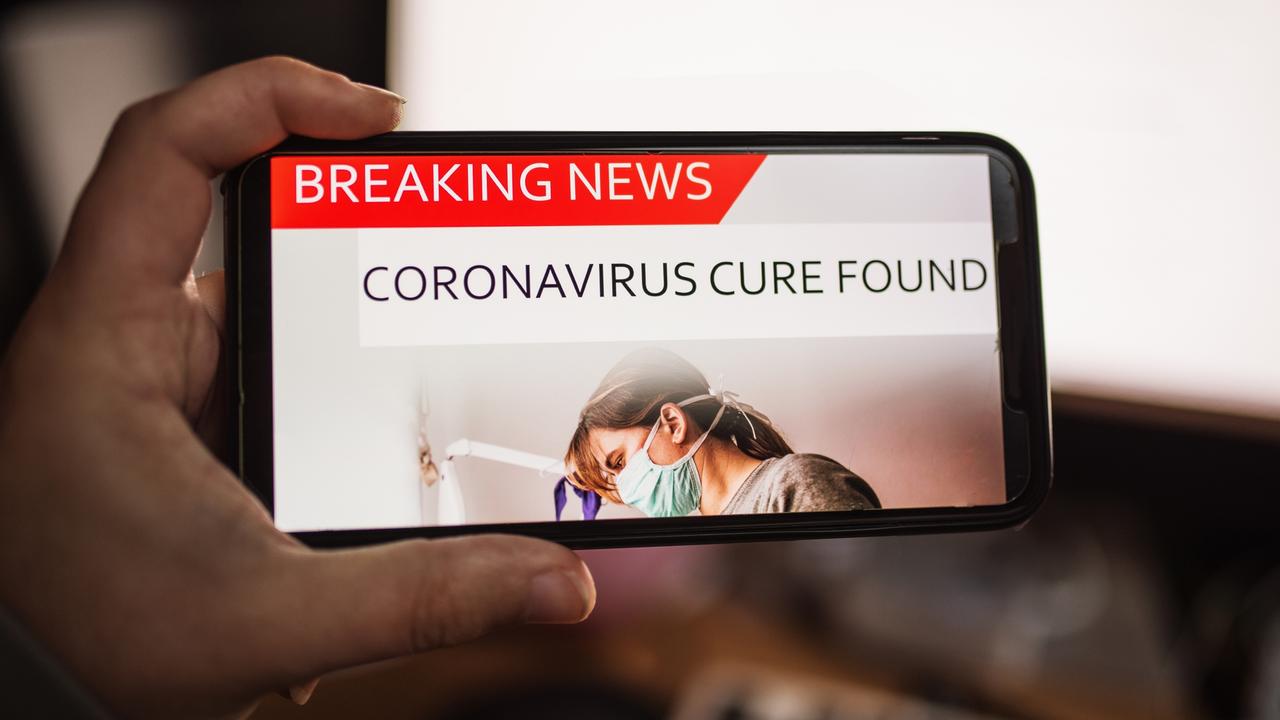 It’s important to be sceptical and curious when you read, watch and listen to news.

Search for the truth
Read a post carefully and double check the information by doing your own web searches. Ask yourself if the language is based on facts or opinion, is there important information missing, do the images look real or photoshopped?

Who is the author?
Genuine* authors put their name to their work and usually have a social media presence or other information available through web searches for you to learn more about their experience and motivations*. Look up their past work.

Where is it posted?
Check if an article is reliable by looking at what website it is posted on. Is it from a genuine news organisation? Is it just an opinion? Who is responsible for the website? Is the site trying to influence you or sell you something?

Check other sources
Are there different opinions on this topic on other sites or news sources? Informing yourself ensures you have the most accurate and up-to-date knowledge. You can also talk to friends, family and other people in your community to see what they think.

Question motives
Think about the motives behind the sharing of information. People can put or say almost anything online. Are they pushing their own views, are they being honest or factual, are they trying to persuade you or change your views?

Stop the spread
Think before you re-post something or follow groups or pages. Is what they are saying too good to be true? Is the information genuine or accurate? How could your photos be used or shared by other people? Could your post affect your reputation?

CLASSROOM ACTIVITIES
1. Write your own fake news
Widespread access to the internet and social media means that anybody can write and spread fake news – even you! To see how easy it can be, have a go at writing your own fake news story about a celebrity. Your news story should be made up, but realistic enough that some people might believe it. Include a clue or two in your story that a person with strong critical thinking skills might spot to identify the story as fake news.

Read your news story to somebody who doesn’t know what you are up to. See if they believe it or call you out for spreading fake news.

2. Extension
Can you think of a time that you have read, seen or heard ‘fake news’ and at first thought it to be true? Or perhaps you have heard a false rumour and believed it? Consider the example you have thought of and answer these questions:

HAVE YOUR SAY: What fake news have you come across?
No one-word answers. Use full sentences to explain your thinking. No comments will be published until approved by editors.