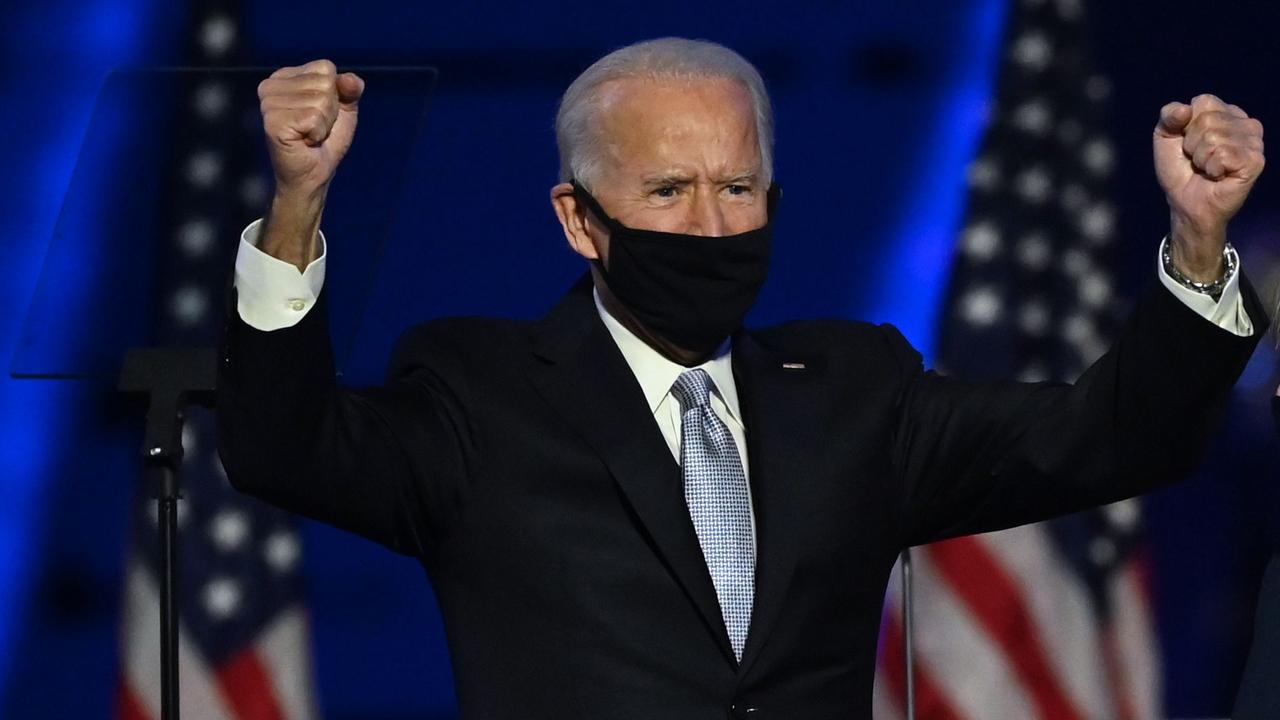 US President-elect Joe Biden stands arrives to give his victory speech. Picture: AFP

Joe Biden has defeated President Donald Trump to become the 46th president of the United States, saying he wants to “restore the soul” of America and unify* the country.

Delivering his victory speech to supporters in his home town of Wilmington, Delaware, on Sunday, November 9 (Australian time), Mr Biden said it was “time to heal” as he thanked his wife and family.

“The people of this nation have spoken. They’ve delivered us a convincing victory. A clear victory,” Mr Biden said.

“I pledge* to be a president who seeks not to divide but to unify.

“I sought this office to restore the soul of America, to rebuild the backbone of this nation, the middle class.

“It’s the honour of my lifetime that so many millions of Americans have voted for that vision.” 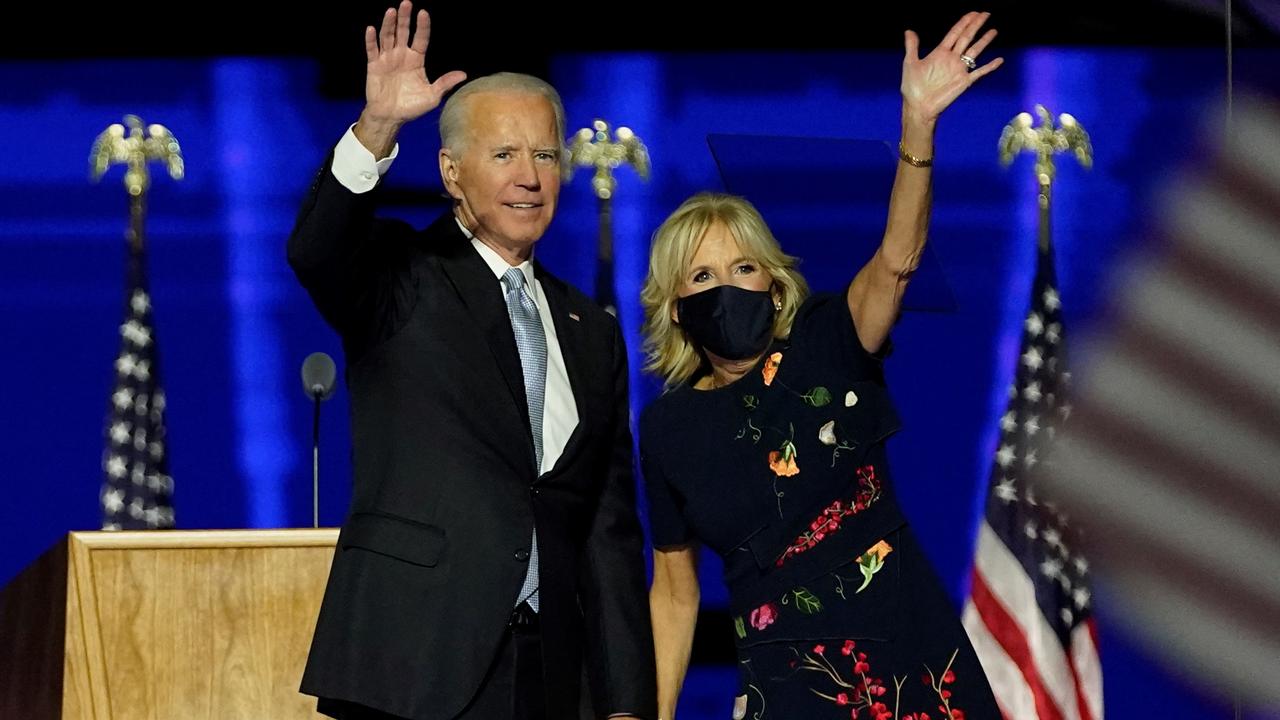 US President-elect Joe Biden with his wife, Jill, thank the crowd of supporters. Picture: AFP

Mr Biden, 77, said the US now faced a battle to restore and defend democracy* after Mr Trump’s four years in the White House.

“And the battle to save our planet by getting the climate under control. The battle of restoring decency, defending democracy, and giving everybody in this country a fair shot.”

Ms Harris will be the first woman and person of colour to be vice president.

“While I may be the first woman in this office, I will not be the last,” Ms Harris said, to loud cheers from the audience. Mr Biden, from the Democratic party, sealed his historic win four days after voting closed, with a record number of mail-in votes slowing the vote count.

Mr Biden scored more than the required 270 electoral college* votes when he took the states of Nevada and Pennsylvania.

“With the campaign over, it’s time to put the anger and the harsh rhetoric* behind us and come together as a nation,” Mr Biden said.

“It’s time for America to unite. And to heal.” A Democrats voter shows her support in Nevada, one of the key states that delivered victory to Mr Biden and Ms Harris. Picture: Getty Images/AFP

But a defiant* Mr Trump, from the Republican party, has refused to concede* defeat, taking to Twitter to claim he had won the election “by a lot”.

Mr Trump is threatening more legal action over the counting of votes, claiming the Democrats cheated and vote counting was rigged*. But he has not produced any evidence of wrongdoing.

If Mr Trump’s legal challenges fail, Mr Biden will be inaugurated* on January 20, 2021. President Donald Trump has refused to concede defeat and is threatening more legal challenges in states where the vote was close. Picture: AFP

US election: How does it work? What could happen?

Impeachment: Trump not guilty on both charges

CLASSROOM ACTIVITIES
1. Vote for me
Imagine you are running your own election campaign and are standing for the captain of your school. Write a speech to encourage your classmates to vote for you. Outline what you think the important issues are at your school, what you would do about them and why you would make a good captain.

2. Extension
Design a campaign poster that represents your beliefs, your priorities and why students should vote for you to be the school captain. Come up with a catchy campaign slogan to include in your poster.

HAVE YOUR SAY: What do you think Joe Biden’s first job should be when he takes over as president?
No one-word answers. Use full sentences to explain your thinking. No comments will be published until approved by editors.