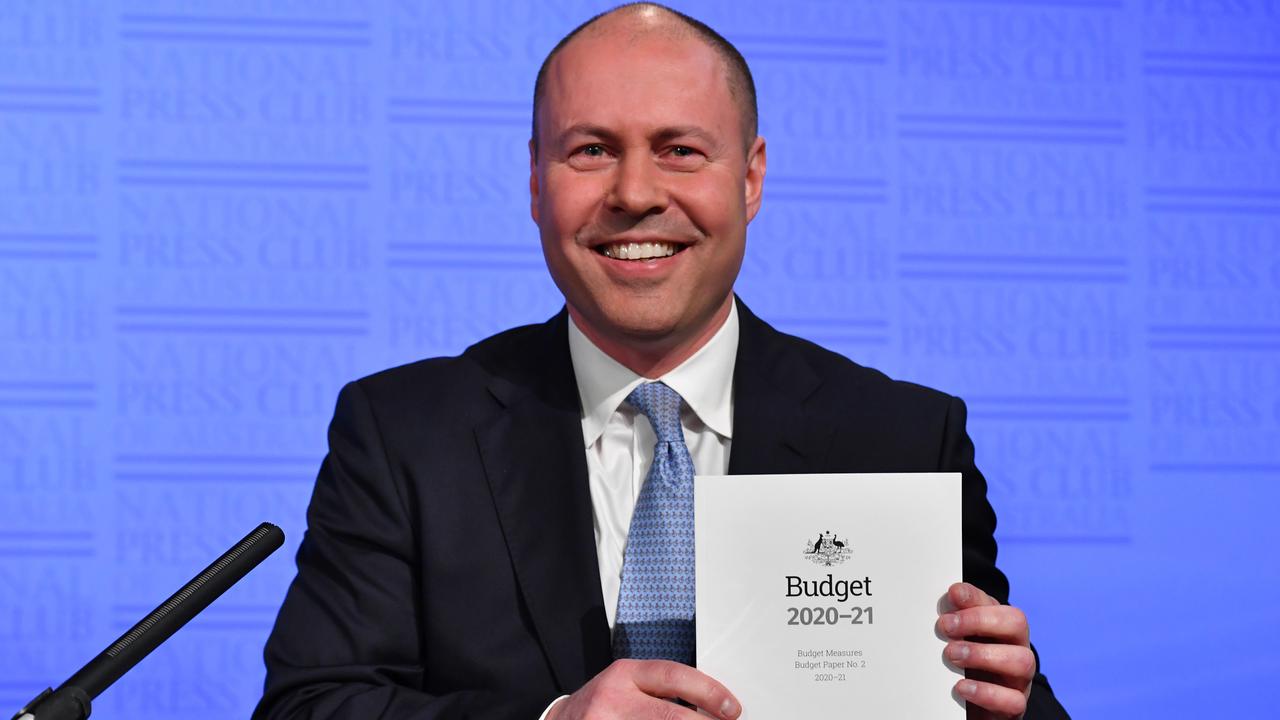 Federal Treasurer Josh Frydenberg prior to his budget address at the National Press Club on October 07, 2020 in Canberra, Australia. Picture: Getty Images

This week the Federal Treasurer Josh Frydenberg handed down* the Federal Budget, which is an economic* plan for how the country will manage financially* over the next 12 months.

The pandemic has seen people forced to stay at home and unable to go to work or school in a bid to control the spread of the disease. Not going to work means less tax being paid to the Government.

In a double hit for our country’s finances, the Federal Government has had to support unemployed workers and closed businesses with the Jobkeeper and Jobseeker programs. Billions and billions of dollars have been spent by the Government. Hardest hit was Victoria, — thanks to a second wave of the virus — which has experienced one of the longest lockdowns in the world.

So when Mr Frydenberg approached the despatch box* in Parliament on Tuesday night he was dripping in red ink*. He announced our national debt — which is what we owe to our lenders around the world — and it was in the trillions of dollars. Ask your maths teacher how many zeros there are in a trillion. The classroom blackboard might not be long enough!

The budget was a good subject for a cartoon. My aim was to illustrate the Treasurer trying to bring down a Budget during one of the worst pandemics of all time. But what would I do?

I started with the coronavirus itself: those little round cells with spikes all over them. You are all probably very familiar with them by now. Some think they look like Christmas decorations or pretty snowflakes, but despite looking like baubles* on a Christmas tree, I thought they were more like a wrecking ball considering the damage they have done.

And there it was … my idea! I would draw the coronavirus as a wrecking ball demolishing our economy.

So I started to draw the coronavirus as a huge solid steel wrecking ball being swung from a crane like we see on demolition sites. The Treasurer is at his desk in his office signing the Budget papers as the building all around him is being smashed to pieces. There is no outer wall, there are huge holes in the floor where the wrecking ball has crashed through. The twisted strands of steel-reinforced concrete and falling masonry* symbolise an economy that seems about to collapse as it is battered by the coronavirus. 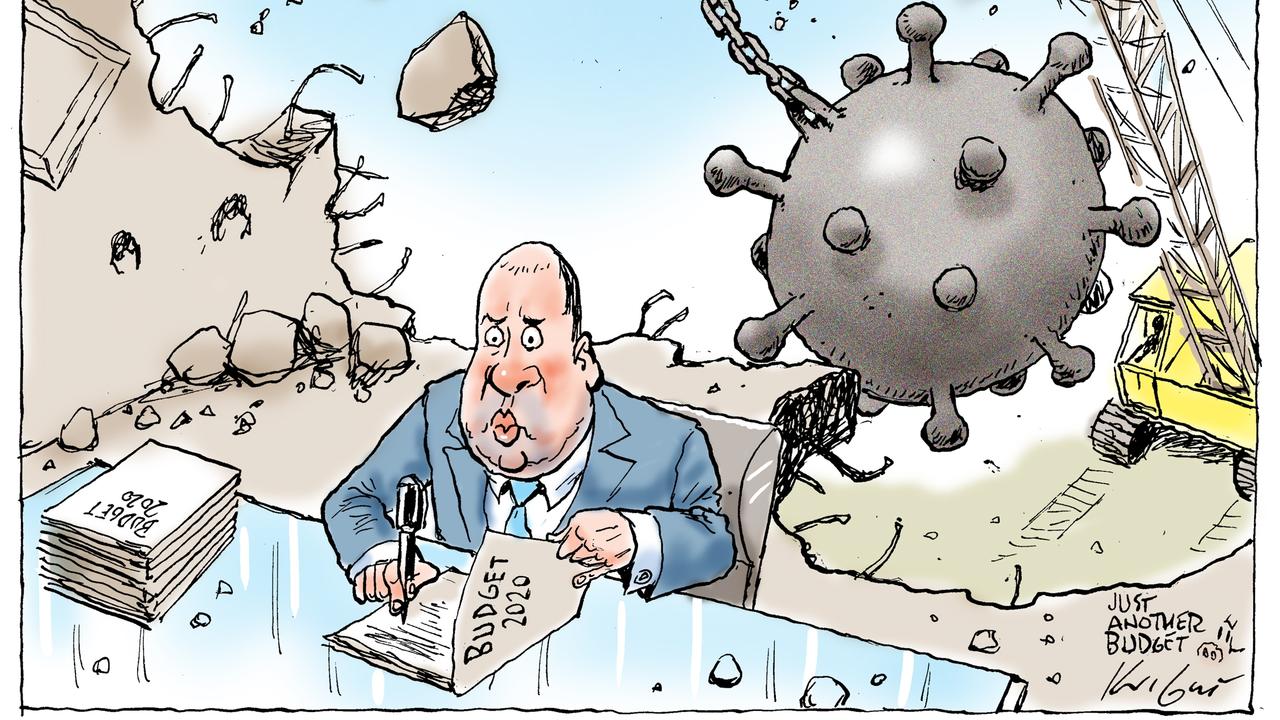 But there is a positive note to the cartoon. The Treasurer is ignoring the chaos behind him and continues to work on his Budget papers despite the look of apprehension* on his face. This is similar to the British phrase from World War II that is currently doing the rounds on social media that says “Keep Calm and Carry On”. A positive message indeed in uncertain times.

The best thing we can do is put our head down, study hard, complete our schoolwork and get on with it!

CLASSROOM ACTIVITIES
1. Caption it!
Cartoonists such as Mark are so skilled they can convey a lot of complex information in one or a series of drawings without the need for many or any words.

However, Mark’s cartoon was drawn with an adult audience in mind and he knows that most people who look at it will also have read and watched a lot of news stories on this topic. People look at his cartoon with the help of a lot of background knowledge.

Using your sentences to help you, write a one-sentence caption for the cartoon that will make Mark’s meaning clearer for children or people who haven’t been reading the news this week.

2. Extension: What Happens Next?
Imagine this cartoon is part of a story that is made up of three cartoons. The three cartoons tell a complete story, and Mark’s cartoon is just one of three. Think about what the story could be and draw one or two other cartoons that tell the story.

HAVE YOUR SAY: Which is your favourite Mark Knight cartoon?
No one-word answers. Use full sentences to explain your thinking. No comments will be published until approved by editors.