Debate over new Australian logo of gold wattle but no kangaroo A new logo developed to promote Australia to the world has been criticised as confusing by advertising experts who say the wattle design looks more like a luxury perfume label than an official national logo.

A kangaroo design was rejected in favour of an abstract* gold wattle design in a report by ­Australia’s Nation Brand ­Advisory Council and accepted by Trade Minister Simon Birmingham. The familiar Australian Made logo. Some people believe that the new logo should also have featured a kangaroo.

Several versions of the new logo will be made available to be used by business, industry and government agencies, replacing the current one with two orange boomerangs that form a rough outline of Australia.

The council of business and cultural leaders said in their report the kangaroo only emphasised what foreigners already knew about Australia, while we should be pushing our other lesser known assets like technology and education.

But University of Canberra brand expert Adjunct Professor Dr Petra Bouvain said the wattle logo was too abstract and looked like generic* luxury perfume labelling that could have come from ­anywhere.

“It needs to be clear what it is, to me it looks like expensive gifts, like a new perfume, it doesn’t look like business to me,” she said.

“I have a PhD*, two other degrees and I work in mar­keting — if it is a wattle, you could have locked me up for a week and I would not have guessed it was a wattle.”

She also said the new “only in Australia” tagline* was misguided because gold could be found elsewhere in the world, as could wattle, which also grows in Europe.

“The AU (lettering) doesn’t make it clear it is Australia … people could mistake it with Austria.

Advertising expert Dee Madigan gave the new wattle logo the tick of approval ­because she said the kang­aroo had been overused. Australian coat of arms featuring kangaroo, emu and wattle. It is used to show that something belongs to or is related to the Australian government, such as buildings or an Australian passport.

In a Daily Telegraph reader poll of almost 7000 respondents*, 96 per cent said they preferred the kangaroo over the new logo.

One said it looked more like a dandelion than wattle while many were quick to note the unfortunate resemblance* of the new logo with the coronavirus molecule.

“I don’t see wattle at all, I see some gold dots. And as for the AU, everyone in Europe will think of Austria,” one reader wrote.

“$10m for that? It could have been done online for $10. It’s awful, uninspiring, and (reeks*) of someone wanting change to make a name for themselves,” another reader said. 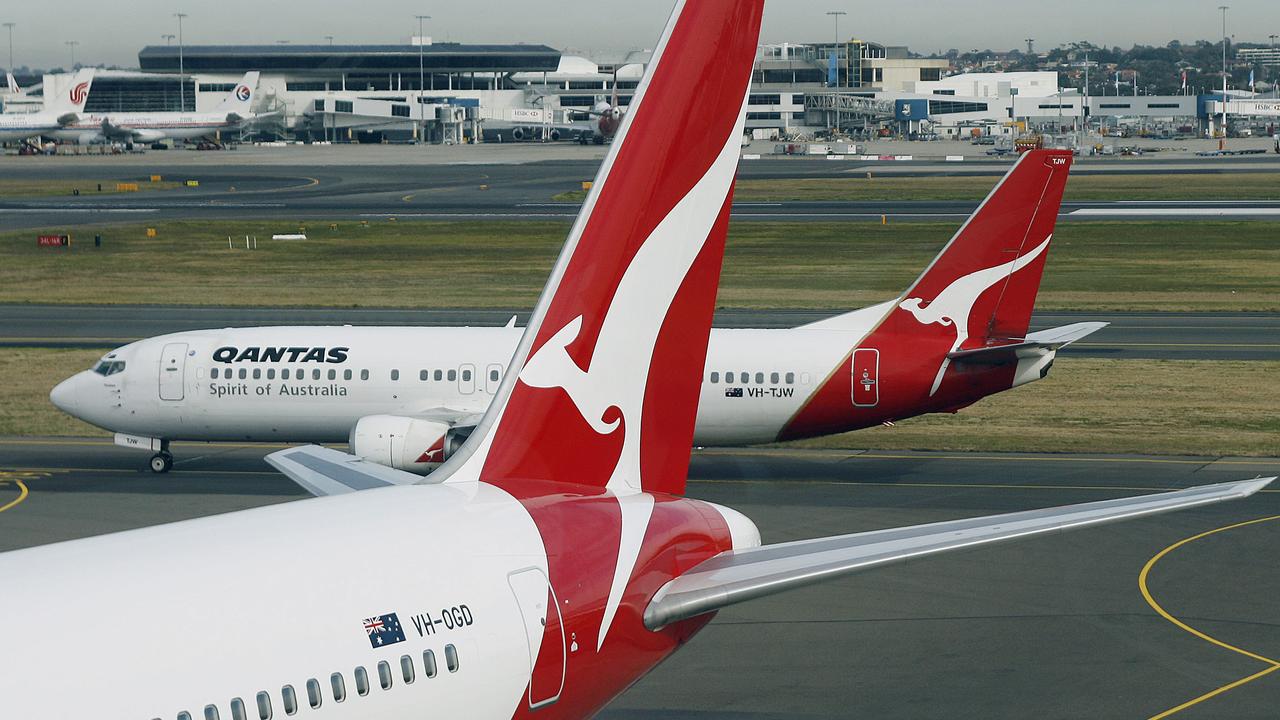 Two versions of the Qantas flying kangaroo logo. The one on the 737 at the back was superseded in 2007. Some people believe the kangaroo is overused in branding. Picture: AFP

CLASSROOM ACTIVITIES
1. Design the Logo
Can you design a better logo? Create a logo that you think will promote Australia to the rest of the world. Write a design statement that explains the choices you have made in your design.

2. Extension
Imagine you are Simon Birmingham, our Trade Minister. Write an article for Kids News explaining why you approved this design and what you like about it. Don’t forget to respond or answer to some of the criticisms that people have made about the logo you chose.

HAVE YOUR SAY: What do you think Australia’s new logo should show?
No one-word answers. Use full sentences to explain your thinking. No comments will be published until approved by editors.