The new poll of 1000 adults has found a high level of support for the monarchy among Australians aged 18 to 29. Pictured in 2018, Australia’s Head of State Queen Elizabeth II is with Prince Harry, Duke of Sussex and Meghan, Duchess of Sussex, on the balcony of Buckingham Palace in London. Picture: Chris Jackson/Getty Images

Young Aussies in their 20s are more likely to support Australia keeping the monarchy* than adults in their 30s and 40s, a surprising new national poll has found.

It also reveals an overall rise in support for sticking with the current arrangements, with 45 per cent of adults happy to “share our monarch with the UK”, up from 41 per cent last November. About 31 per cent said they didn’t want to keep the monarchy. Queen Elizabeth II departs after attending the “A Gallop Through History’ performance, part of the official celebrations for Queen Elizabeth II’s Platinum Jubilee during the Royal Windsor Horse Show at Home Park, Windsor Castle on May 15, 2022 in Windsor, England. Picture: Max Mumby/Indigo/Getty Images

It comes as the spotlight has grown on the health of the Queen, 96, who attended her platinum jubilee* horse show extravaganza* in London last week. 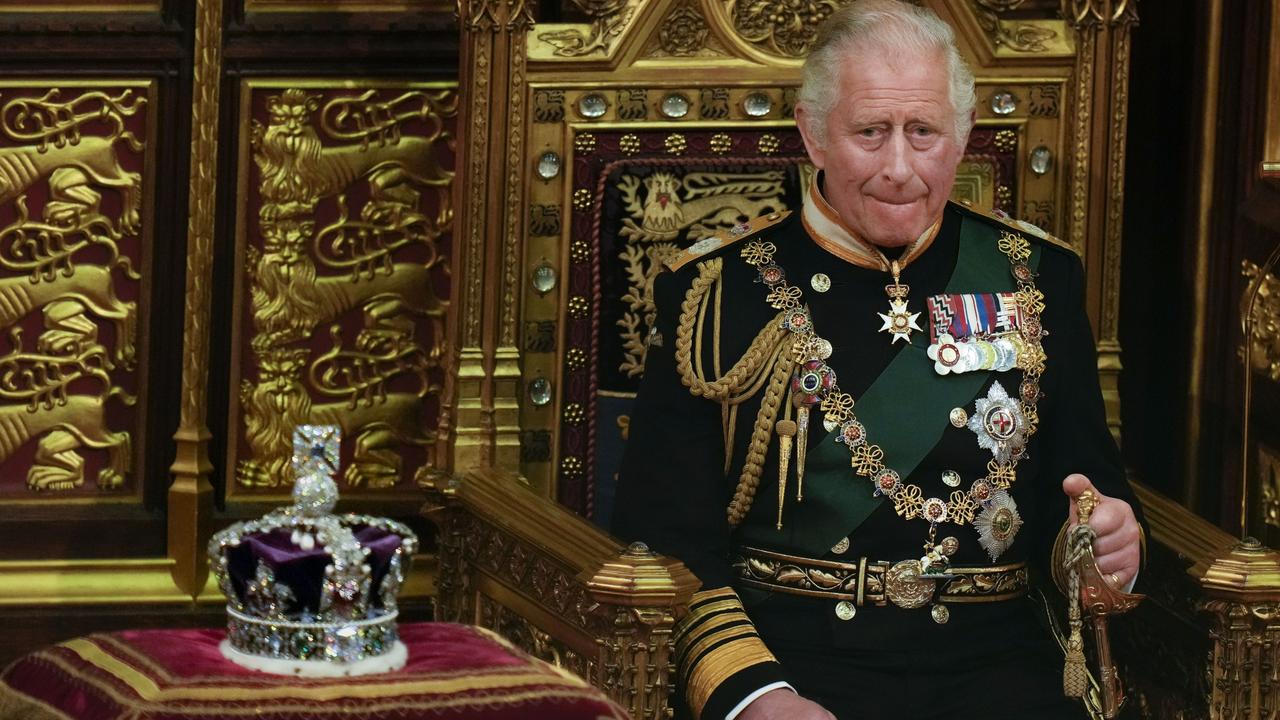 Prince Charles is the future King of England and is set to become Australia’s Head of State when as the next British monarch after Queen Elizabeth II, who is celebrating 70 years on the throne this year. Picture: Alastair Grant/WPA Pool/Getty Images

The Australian Monarchist* League said attendances at its recent gatherings “have been mainly by the under 25s and the over 60s, with fewer people in between”.

“I am finding that the current university-age generation are highly intelligent and do their own research and make up their own minds,” said the league’s national chairman, Philip Benwell.

“They are not frightened to stand up for the things they believe in. Instead of just accepting what they are told, they question.

“Also, many young monarchists are progressive* and support the statements of Prince Charles in regard to climate action.” Overall, the poll found those aged over 50 were the biggest supporters of the Queen as our Head of State, at 52 per cent.

The poll, commissioned* by Anthony McDonnell – reportedly an Irish citizen – also quizzed people about whether we should have our own homegrown royalty if Australia became a republic in the future. The glamorous young royals might help explain the monarchy’s popularity among young Australians, but Prince Harry, Duke of Sussex and Meghan, Duchess of Sussex, have stepped away from royal duties. Picture: Chris Jackson/Getty Images for the Invictus Games Foundation

But Australian Republic Movement national director Sandy Biar questioned the poll, saying it was “bizarre” to ask about replacing British royals with our own royals.

He said the Ipsos Digital Omnibus online poll was out of step with other poll results. Australian Republic Movement national director Sandy Biar said that the Ipsos poll was out of step with other polls. Picture: Twitter

“Only a minority of Australians want Australia to retain the monarchy, even under Queen Elizabeth II,” Mr Biar said.

“Support for an Australian republic has been steadily increasing over the past decade as the reign of Queen Elizabeth II draws to an end.

“Australians do not want Charles as King. If we want to stop Charles becoming King and have an Australian, elected by Australians, as our Head of State, we need to act now.”

CLASSROOM ACTIVITIES
1. What do you think?
Do you think that Australia should change to a republic or keep the monarchy? Write paragraphs explaining what you think about this question. Use information from the story and your own ideas.

2. Extension
If we changed to having an Australian as Head of State, what kind of person would make a good Head of State and how should they be chosen? Create a poster or write a report that shows what you think about these questions.