This is Australian wildlife warrior* Bindi Irwin like you’ve never seen her before … as a Barbie doll.

The Queensland-based teen is one of many high-profile women from across the world who have been turned into Barbies ahead of International Women’s Day today. 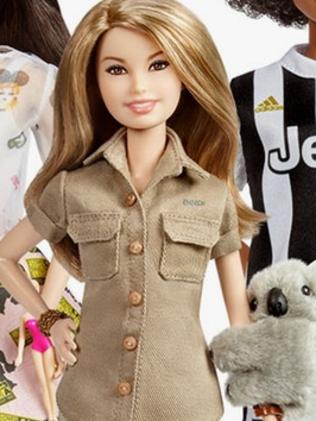 Bindi Irwin is one of several woman celebrated as a Barbie doll for International Women’s Day in 2018. 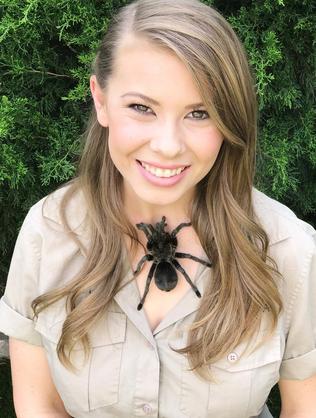 International Women’s Day is a global* event that celebrates achievements of women while calling for gender equality (equal rights for women and men).
It started more than 100 years ago when many women were fighting for the right to vote and better pay.

It now takes place every year on March 8.

The day has a different theme each year and involves arts performances, talks, rallies, conferences and marches.

The theme for 2018 is Press for Progress — it is aimed at speeding up gender equality.

Bindi Irwin’s doll is part of the She hero range and is dressed in her Australia Zoo uniform of a khaki shirt and shorts, with a clip-on toy koala on her arm.

To show young girls that they can be anything, Mattel has also introduced six new ‘Never Before’ Barbies in job positions that females are yet to hold.

“Girls have always been able to play out different roles and careers with Barbie and we are thrilled to shine a light on real life role models to remind them that they can be anything.” Queensland women voting in their first state election at Brisbane city polling station. The Legislative Assembly gave women the right to vote in Queensland in 1905. Picture: The Courier Mail

WOMEN FIGHTING FOR THEIR RIGHTS IN THE PAST:

Here are some of the many rights women have fought for and won in Australia:

WHY DO WE STILL CELEBRATE IT TODAY?

There is still a big difference in the amount of money men are paid to work compared to women, even when they are doing exactly the same job.

According to the World Economic Forum, the gender gap (which is when men and women’s pay will be the same) won’t close until 2186. On International Women’s Day, women come together to ask the world to recognise these unfair differences.

WHAT ABOUT MEN? DO THEY GET A DAY?

Of course! It takes place on November 19 each year and is celebrated in 60 countries. The day focuses on men’s and boys’ health, improving relations between men and women, gender equality, and highlighting positive male role models*.

Do you think that we should have separate days for women and men? Write sentences that explain your opinion.

2. Bindi’s honour
Australian Bindi Irwin is being honoured for International Women’s Day because she is a role model. Choose another woman or girl who you think is another good role model. It can be someone famous like Bindi, someone in your community or school, or just someone you know. Write down the reasons why this person is a good role model. Then, think of a special way that this person could be honoured. Write a description, make a design or create your special honour.

Extension: Look carefully at the list of rights that were fought for and won by women in Australia. Find out the year in which Australian women were given these rights. Then, create a timeline of these rights. Under each item on your timeline, write sentences or points explaining why each right was so important. Decorate or add drawings and pictures to your timeline.

IN ONE SENTENCE, TELL US WHAT YOU LIKE ABOUT TODAY’S STORY
Please do not use one-word answers. Explain what you enjoyed or found interesting about today’s article. Use lots of adjectives.