Former Australian Army soldier Chris McAleer (with daughters Caitlyn and Alannah) will set up a fire pit at the end of his driveway in Kilsyth, Victoria, as a tribute to Anzac Day and diggers who aren't able to go out on the day. Picture: David Caird

A proposal to replace cancelled Anzac Day services with a massive nationwide “light salute” from the safety of Australians’ driveways is attracting huge support, including from one of the most senior RSL* officials.

Responding to news that services both in Australia and overseas on April 25 have been cancelled due to COVID-19 precautions, those keen to maintain some form of commemoration* began workshopping ideas at relevant social media hubs such as AnzacLive.

The proposal taking shape is for people to gather at a set time before dawn in their driveway — or in a window or balcony where they can maintain a safe social distance — with a light or flame to take part in the minute’s silence and other key gestures* of commemoration, accompanied by a national broadcast that people could listen to on their radio or other devices. Ally and Jaxen in their driveway with a picture of their great grandfather Walter Whitworth. People have been asked to acknowledge Anzac Day as part of a dawn service in their driveways. Picture: Jake Nowakowski

On Tuesday it was announced just such a service will be held at the Australian War Memorial in Canberra, ACT, with no congregation but broadcast and streamed live.

It met with approval from ACT RSL President John King, who said such an alternative act of commemoration would be an important form of relief for the many members and ordinary Australians distressed at the prospect of Anzac Day passing with no services.

“I think if people wish to do something as tribute in their own way that would be more than acceptable.” He added: “It would provide some relief that something was done, that the day did not pass without something being done.”

Mr King stressed the need for any such personal acts of remembrance to be done in accordance* with the latest government safety advice.

“I really don’t think our forefathers* and sisters who gave their lives would want anybody to put their own lives in danger,” he added. On April 25, 1915, Australian and New Zealand soldiers formed part of the allied* expedition that set out to capture the Gallipoli peninsula in Turkey. These soldiers became known as Anzacs.

Anzac Day today includes the remembrance of all Australians killed in military operations.

A typical Anzac Day ceremony may include the following features: an introduction, hymn*, prayer, an address, laying of wreaths, a recitation*, the Last Post, a period of silence, either the Rouse or the Reveille, and the national anthem.

After the Memorial’s ceremony, families often place red poppies beside the names of relatives on the Memorial’s Roll of Honour, as they also do after Remembrance Day services. 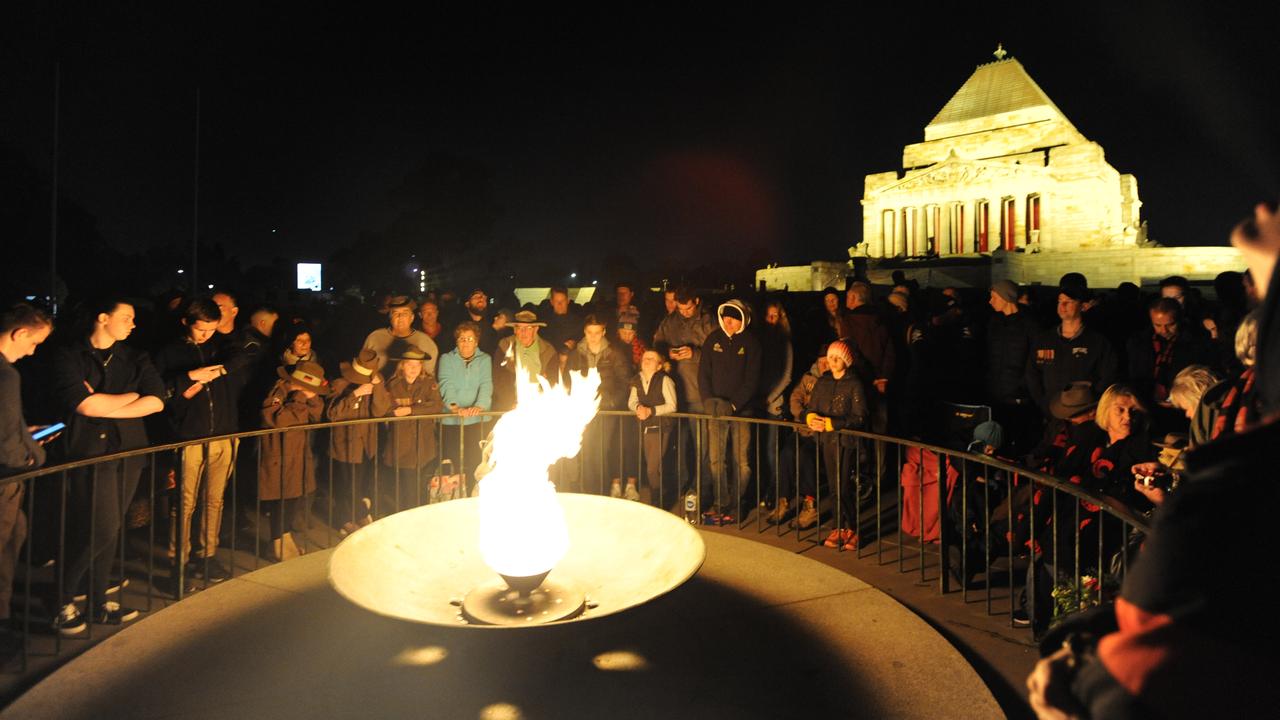 Crowds gather at the Shrine of Remembrance in Melbourne for the Anzac Day dawn service in 2019. Picture: Andrew Henshaw

How a book saved an Aussie soldier’s life

2. Extension
Design a poster, create a storyboard for a TV advertisement or a script for a radio advertisement. The purpose of your advertisement is to encourage everyone to take part in the national light salute on Anzac Day.

Choose someone to write a thank you letter or card to, and explain why you want to thank them for what they do.

HAVE YOUR SAY: What ideas do you have to mark Anzac Day this year?
No one-word answers. Use full sentences to explain your thinking. No comments will be published until approved by editors.