Queen Elizabeth II marks her Platinum Jubilee celebrations by watching an air force flyover from the balcony of Buckingham Palace, but the thundering jets are all a bit much for four-year-old great-grandson Prince Louis. Picture: AFP

Australia has renamed an island after Queen Elizabeth II in honour of the monarch’s* 70 years on the throne*.

Four days of festivities started in the UK with a spectacular Trooping the Colour parade of 1450 soldiers, 200 horses and 400 musicians.

Thousands of royal fans lined London’s streets to watch the dazzling parade, marking the Queen’s 70 years on the throne, making Her Majesty the first British monarch to celebrate a Platinum Jubilee. 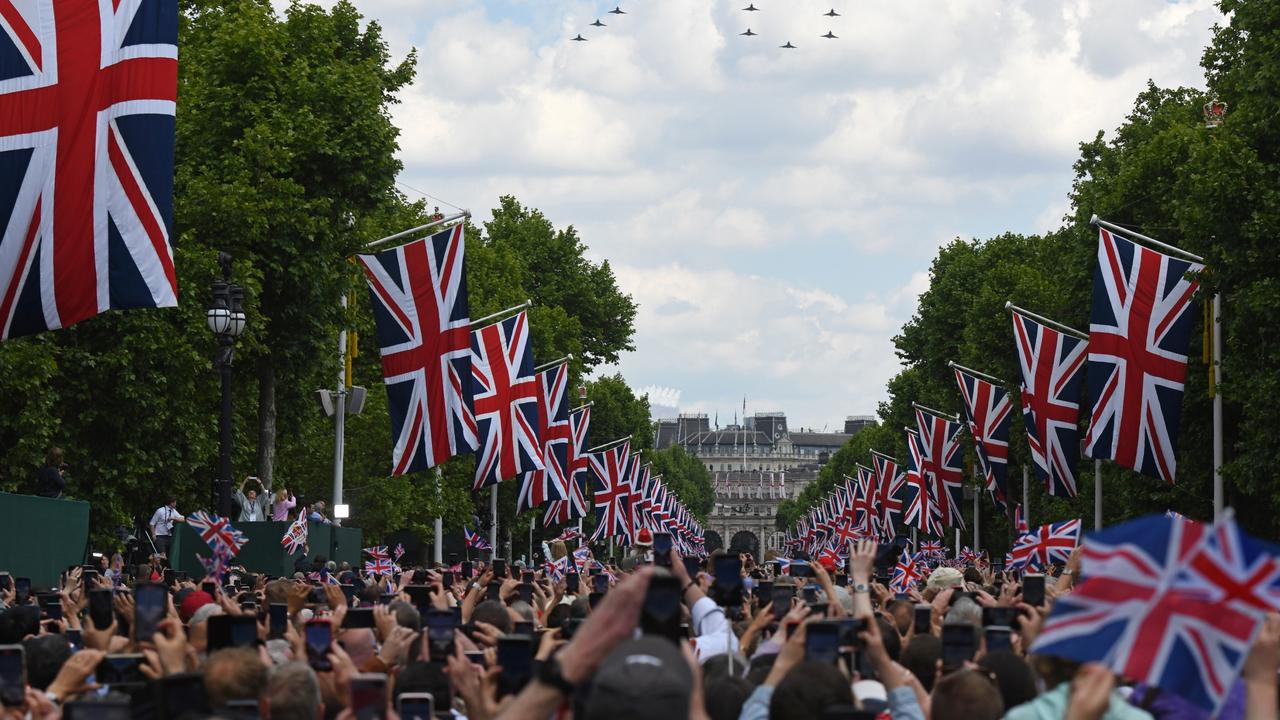 Thousands of spectators watched the Royal Air Force fly-past on The Mall, London, after the Trooping the Colour parade. Picture: Getty Images

The Queen’s son and heir* to the throne, Prince Charles, joined the parade on horseback, along with grandson Prince William and daughter Princess Anne, the first time the full Trooping the Colour parade has been held since the outbreak of the Covid-19 pandemic.

Crowds cheered as the 96-year-old Queen appeared on the balcony of Buckingham Palace after the parade, where she watched a flyover* by the Royal Air Force with senior members of the royal family. 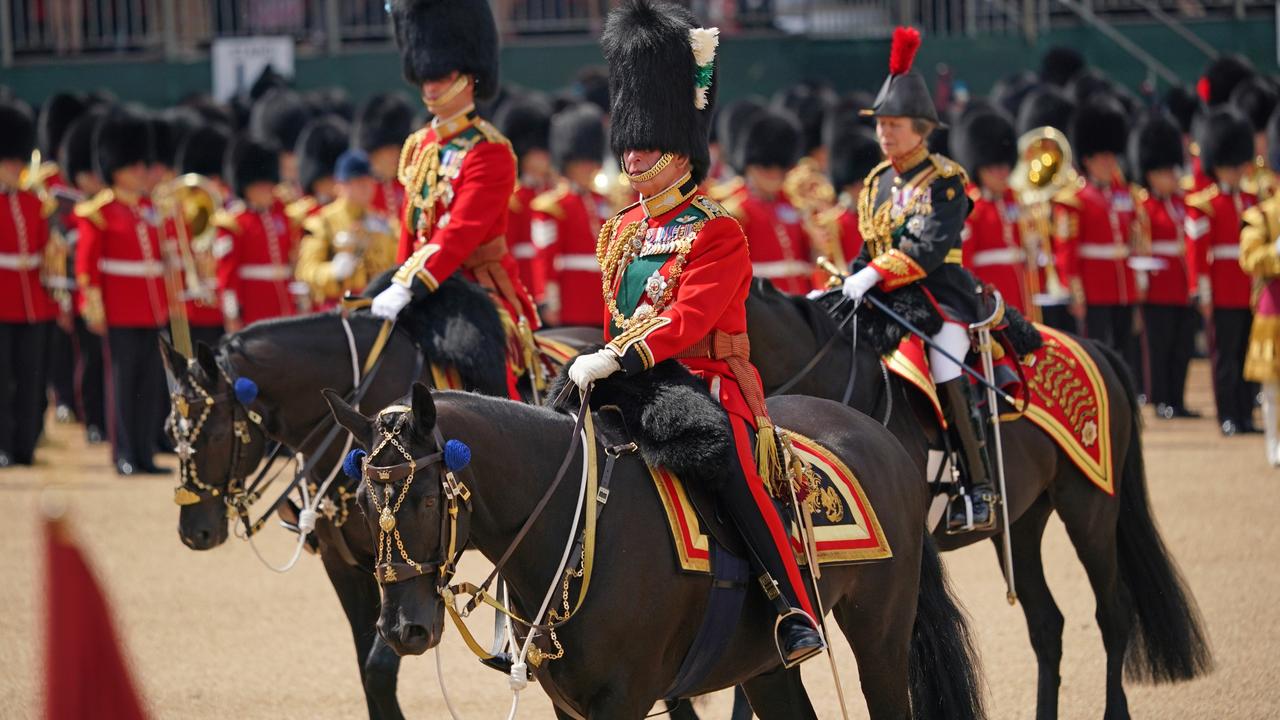 The Queen’s four-year-old great-grandson, Prince Louis, was among those on the balcony and almost stole the show, holding his ears, jumping up and down and waving as more than 70 military aircraft thundered overhead.

The Royal Australian Air Force conducted its own fly-past and aerial display in Australia to mark the Queen’s Platinum Jubilee, with its aerobatic team, the Roulettes, performing over Aspen Island as part of the ceremony to rename it Queen Elizabeth II Island.

Prime Minister Albanese led the ceremony, which also included the dedication* of the new Queen Elizabeth II Water Gardens on the foreshore of Lake Burley Griffin. 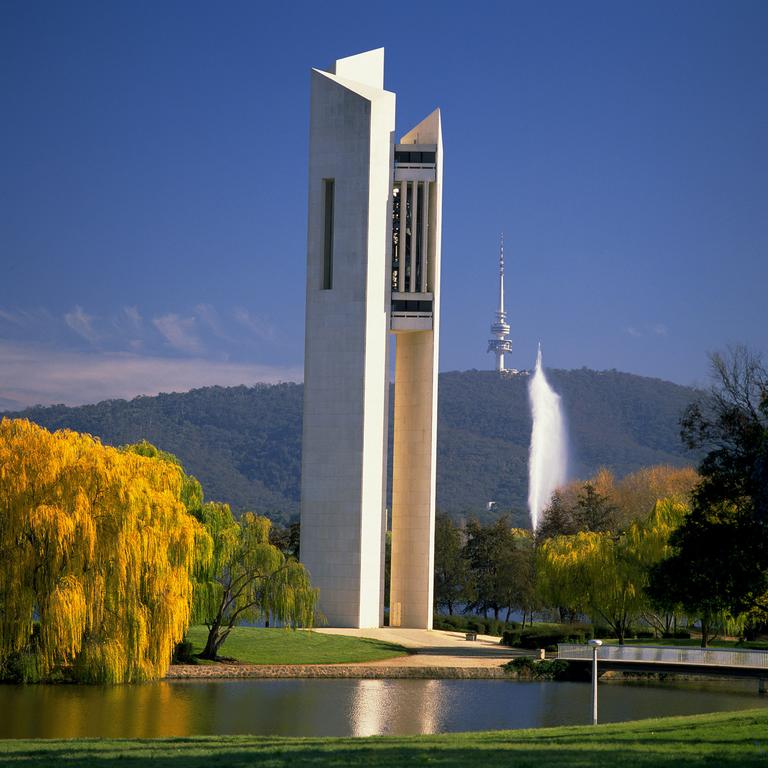 Aspen Island, at Lake Burley Griffin, is home to the National Carillon, which contains 57 bronze bells. It was a gift from the British government on Canberra’s 50th birthday and was opened by the Queen in 1970.

The Queen thanked the people of the Commonwealth, including Australians, for helping her celebrate her Platinum Jubilee.

“Thank you to everyone who has been involved in convening* communities, families, neighbours and friends to mark my Platinum Jubilee, in the United Kingdom and across the Commonwealth,” she said in a statement released by Buckingham Palace.

“I know that many happy memories will be created at these festive occasions.

“I continue to be inspired by the goodwill shown to me, and hope that the coming days will provide an opportunity to reflect on all that has been achieved during the last 70 years, as we look to the future with confidence and enthusiasm.” 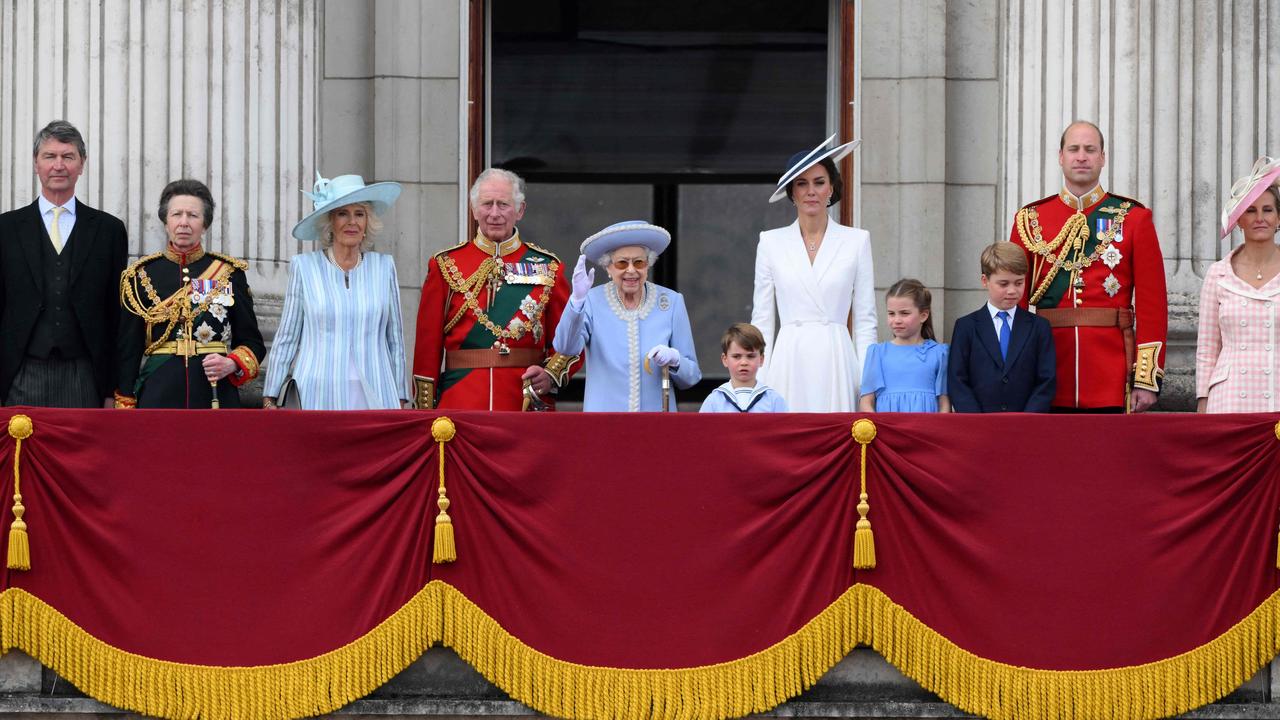 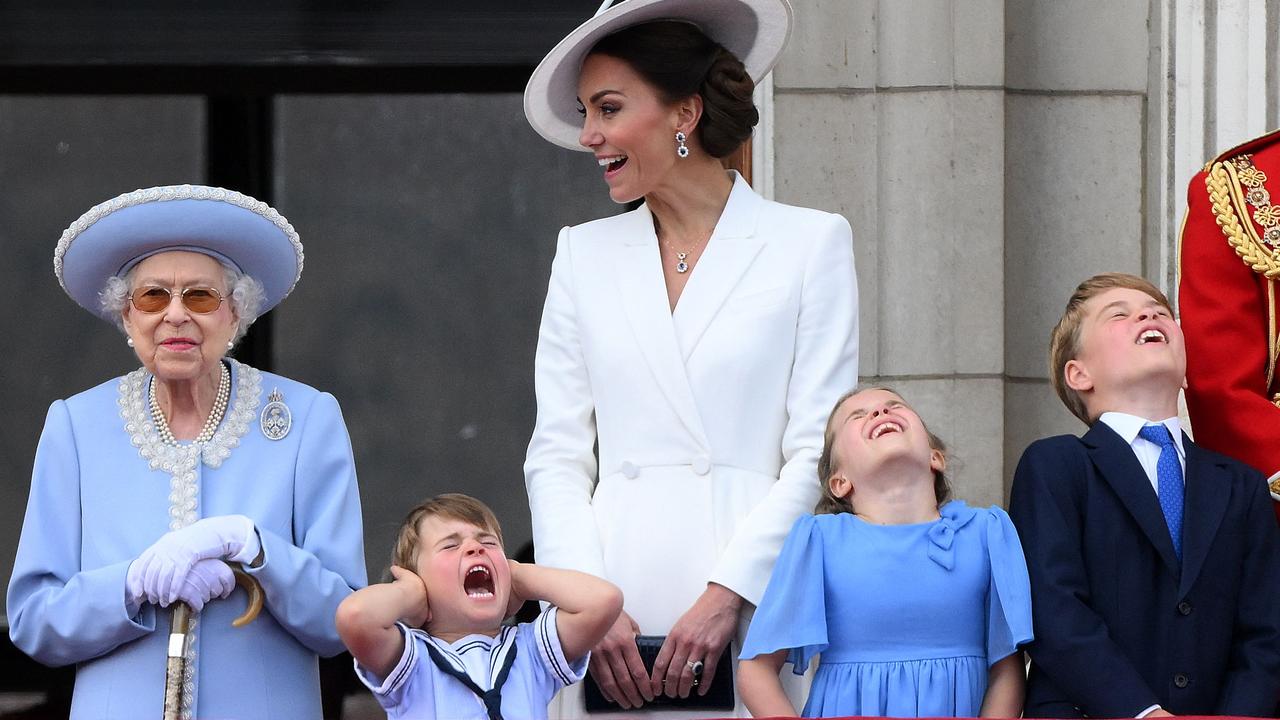 The royal great-grandchildren Prince Louis, Princess Charlotte and Prince George join the Queen and their mother, Catherine the Duchess of Cambridge, to watch the air force flyover. Picture: AFP

After the Trooping the Colour parade, Buckingham Palace announced the Queen was not up to attending a Service of thanksgiving at St Paul’s Cathedral on Friday.

The celebrations continued on Saturday with the Platinum Party at the Palace concert, featuring stars such as Sir Rod Stewart, Diana Ross, Alicia Keys, Andrea Bocelli and Sir Elton John.

On Sunday, the Platinum Jubilee pageant* was held, telling the story of the Queen’s 70-year reign* and the UK’s changing social landscape* in four very different acts.

Military personnel from Australia were involved in the first act, which was titled For Queen and Country and honoured the Queen’s role as Commander-in-Chief of the British Armed Forces.

In the final act, singer Ed Sheeran performed his ballad Perfect as images of the Queen and her late* husband Prince Philip were shown on giant screens around the stage.

Young Aussies quite keen on Queen

CLASSROOM ACTIVITIES
1. The Queen’s diary
Pretend you are Queen Elizabeth II and write a diary entry detailing the events of your Platinum Jubilee celebrations. Try to capture the emotions of the event, and the “voice” of the Queen in your writing with the language you choose.

2. Extension
Write a second diary entry about the Platinum Jubilee events, from the point of view of a different person (real or imagined) of your choice.

VCOP ACTIVITY
I’ve always wanted to know
If you had the opportunity to talk to the Queen what would you ask her?