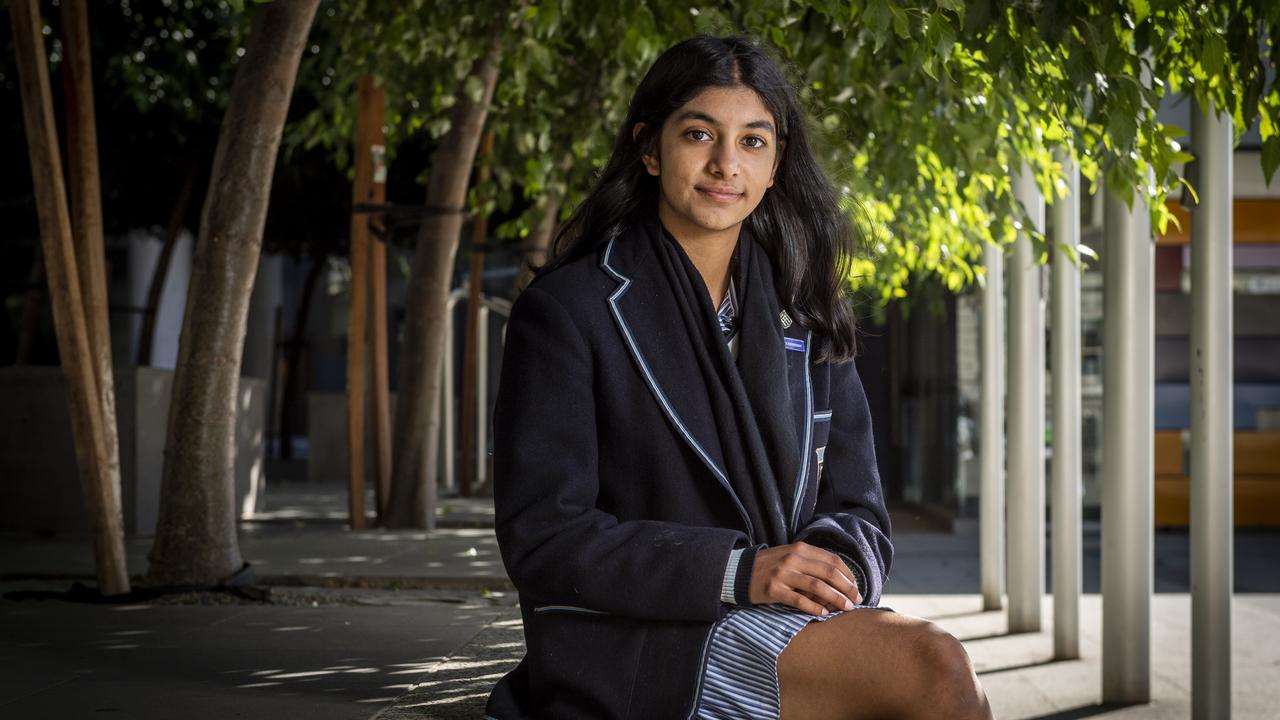 The Year 11 Huntingtower School student is leading a landmark* Federal Court class action lawsuit by eight Australian teenagers to stop projects such as the proposed Vickery coal mine extension in New South Wales.

A class action is a court case brought about by a small group on behalf of a larger group of people who have experienced or could experience harm or loss.

If Ms Ley were to approve the mine, the students argue she would be breaching* her common law duty of care to protect younger people against the future harms of climate change.

“We have surpassed* so many opportunities to address the climate change crisis,” Anjali said.

“A safe climate and an increase in fossil fuel production are incompatible*.

“Given the impacts we’ve already experienced, and what the future holds if we don’t act now, approving new coal mines will simply further harm young Australians.”

A five-day trial kicks off in the Federal Court on Tuesday, with 16-year-old Anjali hoping it will set a precedent to stop government approval of new fossil fuel projects.

Setting a precedent is when an earlier action or event can be used as an example for future similar situations.

She said Whitehaven Coal’s Vickery extension project will result in an estimated 370 million tonnes of carbon emissions over the next 25 years; the equivalent of about 70 per cent of Australia’s total domestic* emissions from 2019.

The government has agreed to hold off making a decision on the Vickery extension project until after the trial.

David Barnden, Principal at Equity Generation Lawyers, said the case is the first in Australia but the latest in a wave of legal cases around the world holding governments to account over their duty to act on climate change.

He said since the case was filed, more than 1500 young people had asked to join the class action.

“With their future at stake, it stands to reason young people in Australia are taking the fight to those in power,” Mr Barnden said.

CLASSROOM ACTIVITIES
1. Kids and Lawsuits
If this class action turns out to be successful and stops future mining projects going ahead, what other issues could teenagers and the future of our world take up with our government?

Work with a partner and compile some issues that worry you going into the future.

Record your answers in a two-column table with the issues listed in the left column and what you’d like to change about it in the right column.

2. Extension
Anjali is quoted in the article as saying “We have surpassed so many opportunities to address the climate change crisis” — what opportunities do you think she is referring to?

Work with a partner and discuss these in a group with others. Is the government doing enough to stop climate change?

Select 3 sentences from the article to add an aside comment to using brackets. Think about not only what you want to add to the sentence, but also what effect you are trying to create

HAVE YOUR SAY: What do you think of Anjali’s efforts?
No one-word answers. Use full sentences to explain your thinking. No comments will be published until approved by editors.