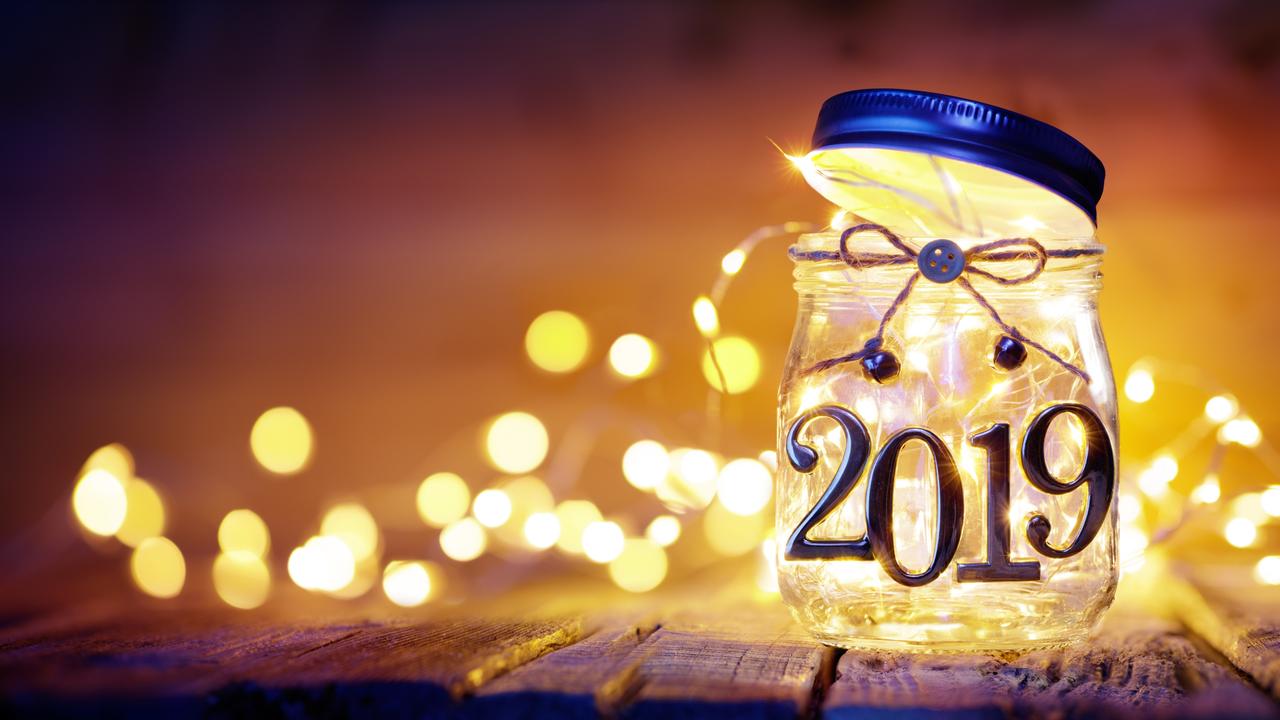 It’s the most exciting time of the year: school’s almost over, holidays are about to begin and lots of us are counting how many sleeps until Christmas.

Christmas Day is a national holiday in Australia and is celebrated by billions of people on Earth and even up in space on the International Space Station! In fact, after New Year, it’s the most celebrated holiday in the world.

Although it’s a Christian religious festival, Christmas has also come to be a much broader cultural celebration incorporating* an incredible range of traditions and rituals — from those observed by billions around the world to the fun little things just you and your family or friends do each year.

And it’s not just Christmas that makes this time of the year special. In every corner of the world someone is getting ready to celebrate something special for St Lucia’s Day, Hanukkah and many, many more annual religious and cultural festivals and celebrations. A nativity scene including Mary, Joseph, baby Jesus and the Three Wise Men.

CHRISTMAS
Christmas for Christians is the annual religious celebration of the birth of the baby Jesus in Bethlehem in the Middle East.

The Christian bible includes some general detail about Jesus’ birth, including that Jesus’ parents Mary and Joseph were travelling to Bethlehem when he was born because of a census*.

The celebration is joyous, because to Christians, Jesus was the son of God and a symbol of peace, joy and hope. Christians throughout the centuries have visited church for special religious services celebrating Jesus’ birth for the same reason.

At church services, special hymns* are sung and there is often a nativity* scene or play, which shows Mary travelling on a donkey, baby Jesus being laid in a hay-filled manger* because there was nowhere else to put him, and kings visiting with gifts.

The details of these nativity plays and scenes have developed over centuries. They are mostly symbolic* and we can’t know how closely they represent what actually happened.

No one is sure of the exact date of Jesus’ birth. The first record of Christmas being celebrated on December 25 is in the year 336, during the reign of the first Christian Roman Emperor, Constantine.

In the 1700 years since, Christmas has grown around the world to be both a religious and a cultural celebration. By the 1300s, many Christians feasted, sang, exchanged gifts and decorated their homes and businesses with leaves such as holly.

For Christmas comes but once a year.” EPIPHANY
Some Christians feast for Epiphany to commemorate* the visit to the baby Jesus of the Magi, or Three Wise Men, or Three Kings.

For other Christians, Epiphany commemorates Jesus’ baptism (or christening) in the Jordan River.

The day of Epiphany has varied over the years and in different parts of the world, according to which calendar is followed: it used to be January 6, in some countries it is the first Sunday after January 1 and in others it is January 19. In some countries and churches the eve of Epiphany is celebrated as Twelfth Night.

Epiphany involves more singing and going to church, eating Three Kings Cake and, in the northern hemisphere, winter swimming in icy waters to wash away any sins*!

Three Kings Cake started as a sweet bread a bit like French brioche but people now make and decorate their own versions. ST NICHOLAS DAY
In many European countries on December 5 or 6, people celebrate a Christian saint from the 4th century (the 300s) called Nicholas. He was known for his generosity* and spoke up for children and sailors, among others.

Dutch people took the tradition of St Nicholas to North America, where he was gradually transformed and combined with Nordic folk tales (in which a magician punished bad children and gave good children gifts) to represent Santa Claus. In the United Kingdom, he is known as Father Christmas. ST LUCIA’S DAY
Sweden and parts of Finland celebrate St Lucia’s Day, or the Festival of Lights, on December 13. St Lucia was killed by the Romans in the year 304 because of her Christian beliefs.

Each year, each town elects a girl to be St Lucia and she leads a procession* of girls and boys dressed in white. The procession is the start of the Christmas celebrations and developed to bring light and hope during the darkest time of the year.

At home, the daughter of a family dresses in white and serves the family and guests coffee and traditional cakes and biscuits. HANUKKAH
One of the most popular and joyous celebrations of the Jewish religion is also sometimes called the Festival of Lights, but more commonly Hanukkah (and other spellings) or the Feast of Dedication*.

Hanukkah lasts for eight days and begins on the 25th day of Kislev, according to the Hebrew calendar. This year it is December 22-30. Its purpose is to commemorate the rededication* of the Second Temple in Jerusalem, when the wicks* of the menorah (a sacred candle holder with seven branches) burned for eight days, even though there was only oil for one day.

To celebrate, Jews sing, pray, light candles each night and feast on rich dairy foods or those fried in oil. Church festivities around the Fiest of Our Lady of Guadalupe

FIESTA DE GUADALUPE
December 12 is a popular Christian feast day for people of the Catholic religion in Mexico and among people of Mexican heritage* in the United States.

Fiesta de Guadalupe or Fiesta of Our Lady of Guadalupe celebrates the belief that in 1531, a man in Mexico City twice saw Mary, Jesus’s mother, who is also the patron saint* of Mexico. To many, she is a symbol of love and forgiveness.

There are special church services, a colourful procession with singing and dancing and a feast with traditional Mexican food. Teh festival of Kwanzaa.

KWANZAA
Kwanzaa is a week-long celebration from December 26 to January 1 to honour the African heritage of African-American people. It began in 1966-67.

There is singing, dancing, poetry and colourful decorations with fruit and fabric. Many families now combine Kwanzaa with Christmas and New Year celebrations.

CLASSROOM ACTIVITIES
Refer to the accompanying ‘How the world celebrates Christmas’ classroom workbook with 50 activities. It can be purchased for just $5 including GST at https://kidsnews.myshopify.com/products/christmas

HAVE YOUR SAY: Which part of Christmas do you most look forward to?
No one-word answers. Use full sentences to explain your thinking. No comments will show until approved by editors.