How The World Celebrates Christmas: festive foods and where they come from 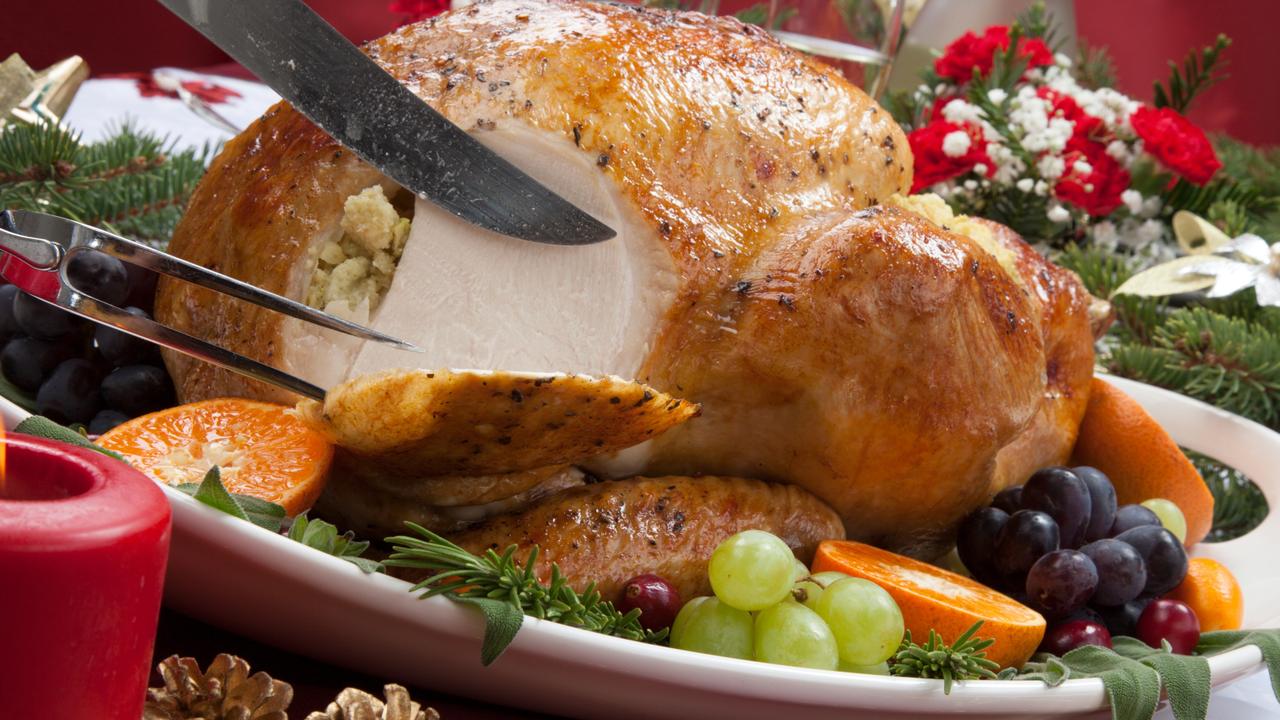 Roast turkey with all the trimmings.

As your family stuffs the turkey, cooks the ham or boils the plum pudding this Christmas, you might be wondering why we stick with these traditions in Australia in the middle of summer.

It’s because many festive foods are steeped* in ancient northern hemisphere practices where the weather is much colder at Christmas.

Some started in 4th century festivals (in the 300s) that celebrate the rebirth of the sun after the winter solstice, which is the shortest day of the year. Others come from the Ancient Roman solstice feast of Saturnalia, which honoured their god of agriculture, Saturn.

Over the centuries some of our favourite festive fare has been banned, transformed and replaced, and has crossed continents. Here we take a look at the tales behind some of the most popular Christmas foods. 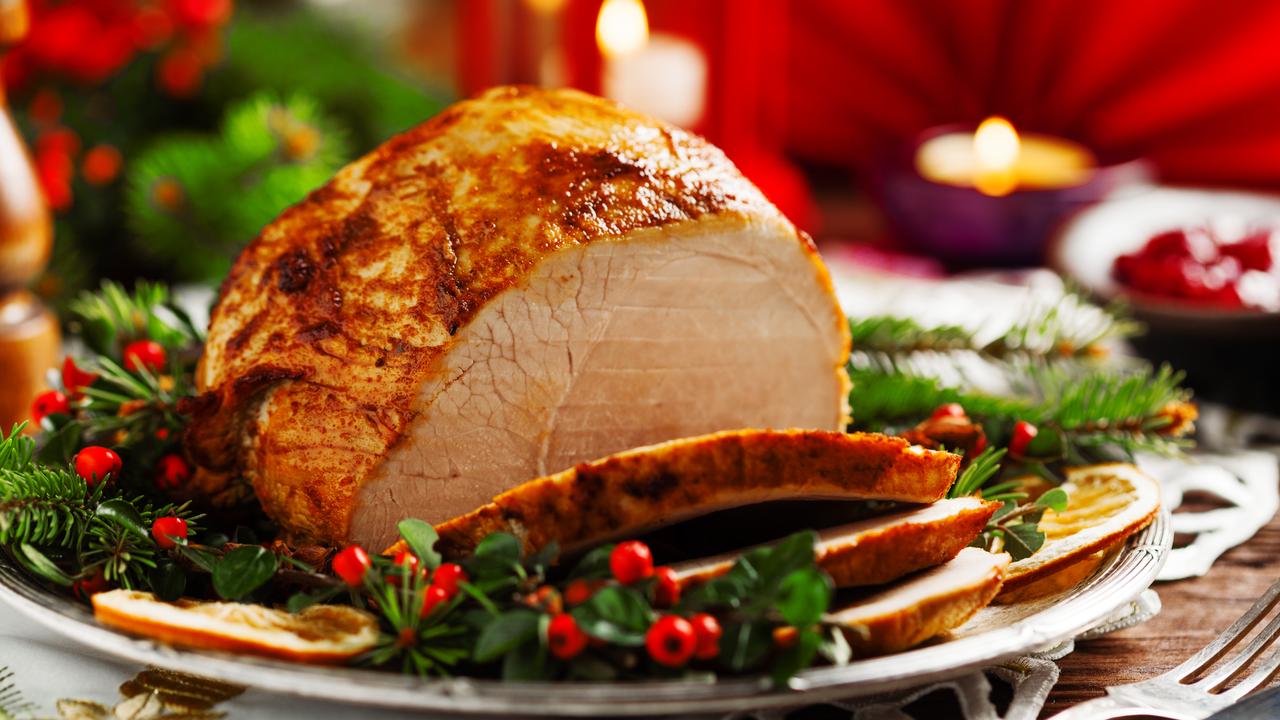 Christmas ham
Whether it’s glazed and baked or simply eaten cold off the bone, ham finds its way into most Christmas celebrations (not to mention sandwiches for days afterwards!).

Pork has featured in festivities since ancient times. At Scandinavian Yule celebrations, a pig was sacrificed to Freyr, the God of the Sun and patron of good harvests.

In other parts of the world, ham was a spring festival food as it was one of the few types of meat available after the long winter. The Ancient Romans ate boar* during the Saturnalia festival in honour of the god Adonis, who was slain by a boar and whose birthday is celebrated on December 25.

Roast turkey
When we think of Christmas, many of us think of turkey. But it hasn’t always had pride of place at the festive table. Before explorer Sebastian Cabot introduced turkey to England in the 16th century, the rich feasted on peacock or swan, while boar’s head was the main course for everyone else.

But once it arrived, turkey quickly became the most popular Christmas meat in Britain and it is even immortalised* in Charles Dickens’s 1843 classic tale A Christmas Carol, in which Scrooge’s first act of generosity* is to buy a Christmas turkey for the family of his badly treated employee Bob Cratchit.

The tradition came to Australia when 18 turkeys arrived with the First Fleet* in January 1788, but they didn’t go far towards feeding the convicts, who were very close to starvation for the first official Christmas celebrations that year. Gingerbread
Gingerbread has been popular in Europe since the essential* ingredients – spices, sugars, almonds and citrus fruits — were brought back from the Middle East in the 11th century (the 1000s).

It has since evolved in different ways. In some countries, gingerbread is a moist and spicy-sweet cake, while others enjoy it as moulded biscuits.

Gingerbread men were first made by Catholic monks for saints’ days and festivals. Large, fancy carved “cookie boards” pushed a pattern into the dough, creating biscuits which showed celebrated saints and religious motifs*.

Gingerbread became more popular as the price of its ingredients dropped. English country fairs sold medieval-style moulded gingerbread, made by boiling honey, wine, breadcrumbs and spice, which was then moulded into shapes and decorated.

Shortbread
While modern shortbread is definitely a Scottish specialty, this buttery biscuit could be a legacy of Scotland’s close associations with Scandinavia, where oatmeal bannocks (a griddle-baked flatbread) were made for pagan Yule* celebrations to honour the Sun. These “sun cakes” had a hole in the centre and symmetrical* lines running to the edge to represent the Sun’s rays. Today, the lines are still moulded, but now create an easier place to break the biscuit.

Plum pudding
Christmas pudding started out in early 15th-century England (the 1400s) as plum porridge, made from chopped beef or lamb, onions, vegetables, dried fruit, breadcrumbs, wine, herbs and spices. During the 16th century (the 1500s) the meat and vegetables started to disappear and it became a pudding.

This rich dish was served on feast days such as All Saint’s Day, Christmas and New Year’s Day, and has been a Christmas regular since the 1670s. The recipe we know today has been more or less the same since the 19th century (the 1800s)

In the Yule festival, the pudding was set alight to symbolise* the rebirth of the Sun and topped with a piece of holly to represent everlasting* life through the winter.

Inserting a silver coin for wealth or a thimble for luck into the pudding can be traced back to the cake enjoyed at the Twelfth Night celebrations held at the end of the 12 days of Christmas (January 6).

If you’re planning on adding a silver coin to your pud, try to find an old sixpence*. While our early currency was safe for baking, the copper* content in today’s coins can make the pudding bitter! Christmas cake
Whether you bake it or buy it, a rich fruitcake is always a favourite at this time of year. Like Christmas pudding, it also started out as plum porridge, then in the 16th century (the 1500s) it became popular to add butter, replace the oatmeal with wheat flour and add eggs to hold it together, making a plum cake that was eaten to celebrate Twelfth Night.

Since the Middle Ages, Twelfth Night had been celebrated with masquerades, feasting and dancing.

In England, Stir-up Sunday – the last Sunday before Advent (five weeks before Christmas) – is considered the final day that fruitcakes and puddings can be made so they have time to age. According to tradition, all family members must take a turn at stirring the mixture, which has to be done in a clockwise direction with eyes shut while making a wish.

How to make a Christmas cake

Candy canes
These sweet stripy sticks were originally white and straight, but a popular story states that in 1670, the choirmaster at Cologne Cathedral in Germany bent them into canes to represent a shepherd’s staff* and gave them to his bored, young singers to keep them quiet during Christmas mass

The red-and-white stripes and peppermint flavouring were added in the 19th century (the 1800s). Mince pies
The inside might look like squashed flies, but today’s mince pies are a lot more appealing than those created in medieval* times. Called chewettes, these little parcels contained meat or liver, or fish on fast days, mixed with hard-boiled egg and ginger.

Over time the filling was improved with dried fruit and other sweet ingredients and by the 1800s, mincemeat had become a mixture of dried fruits, chopped nuts, spices, and lemon juice, vinegar or brandy.

It’s said that if you eat a mince pie in a different house on each of the 12 days of Christmas you’re guaranteed to have a happy year, as each mince pie you eat will bring you a happy month. JAPAN: It’s traditional in Japan to eat Christmas foods such as seafood, rice and Kentucky Fried Chicken. Yes, you read that right … KFC.

Every Christmas season about 3.6 million Japanese families treat themselves to fried chicken from the American fast-food chain, in what has become a nationwide tradition.

Getting the KFC special Christmas dinner often requires ordering it weeks in advance or you will wait in line at the shop for hours.

Takeshi Okawara, the manager of the first KFC in the country, dreamt up the idea for a “party barrel” to be sold at Christmas in 1970. It was an instant hit.

KENYA/UGANDA: Goat meat features prominently* on Christmas menus in many Kenyan and Ugandan homes. Some of it is stewed, another portion goes to the dry-fry pot, but the ribs always end up on the barbecue grill, along with the intestines, liver and heart. In fact, all of the goat is used in soups and later meals. 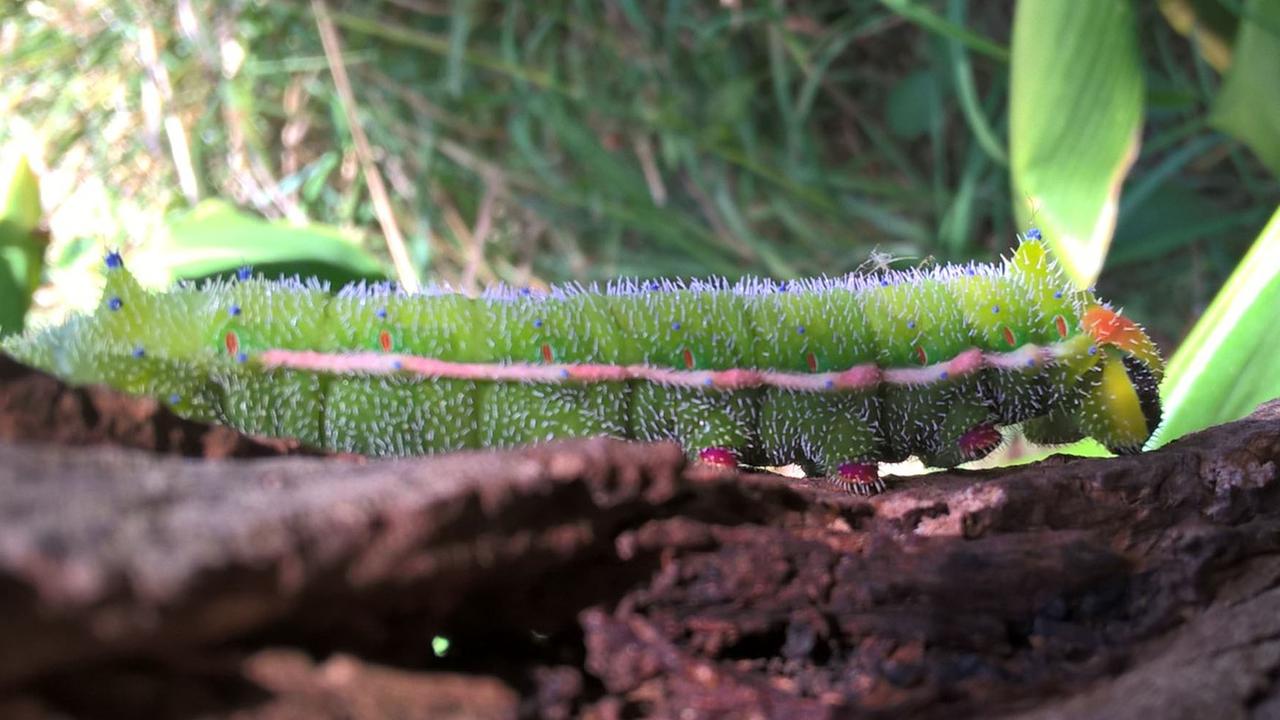 SOUTH AFRICA: A South African speciality is the Sundried Emperor Moth Caterpillar. These juicy caterpillars are deep fried and served on Christmas Day. They have a flavour similar to tea and are surprisingly nutritious*.

GREENLAND: One popular Christmas food is mattak, which is whale skin with a strip of blubber* inside. It is supposed to taste like fresh coconut, but is often too tough to chew and is usually swallowed.

Another Christmas food is kiviak. This is the raw flesh of little auks (a type of arctic bird) which have been buried whole in sealskin for several months until they have reached an advanced stage of decomposition*. Although it sounds strange, it is a delicacy* in Greenland.

Other popular foods in Greenland include a soupy stew called suaasat, barbecued reindeer, lamb and fish either as raw sushi or cooked. 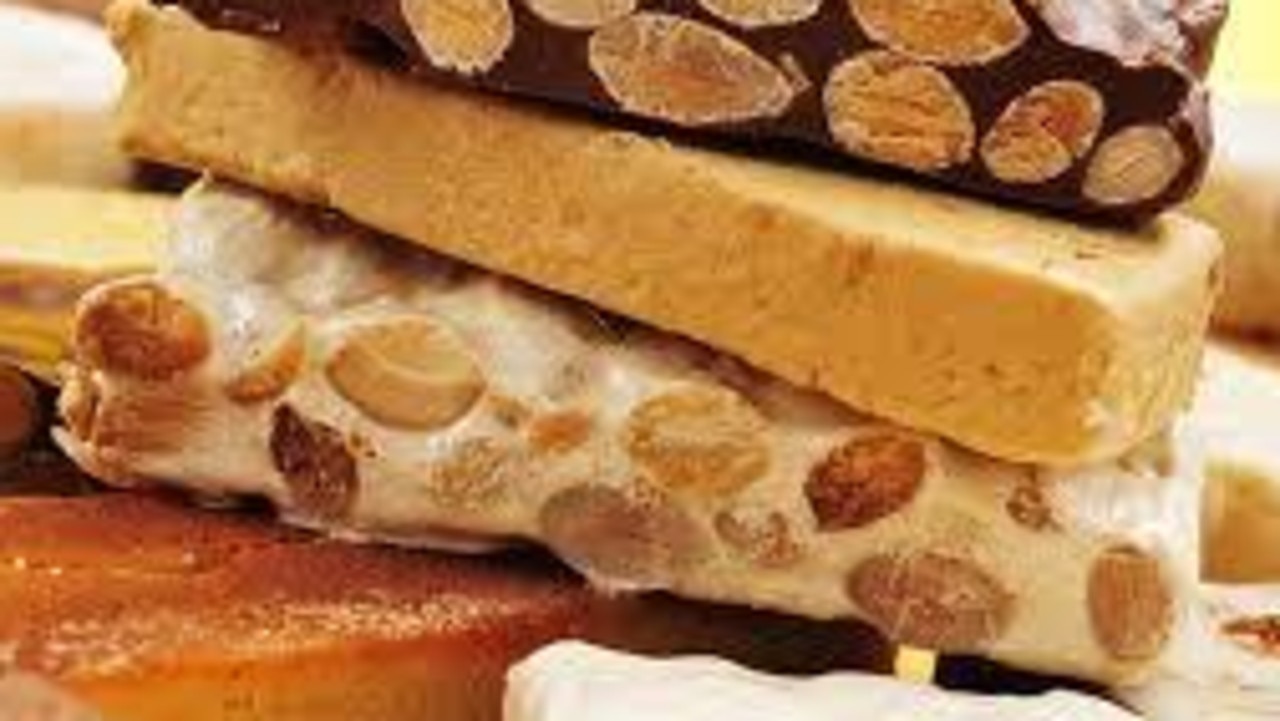 Spanish turron, which is popular at Christmas

SPAIN: Turrón is a sweet dish like a nougat made from honey, almonds, and egg whites. You’ll find it all throughout the country, but traditionally it comes from the Valencia region.

ITALY: The Feast of the Seven Fishes is the name of a famous Christmas Eve feast called la Vigilia. Celebrated with a seven-course fish dinner, the Vigilia di Natale leads up to the midnight birth of baby Jesus.
This Italian Christmas Eve celebration dates back to medieval times when Roman Catholics fasted* from meat during holy days.

Part 2: History behind our decorations

HAVE YOUR SAY: What is your favourite food at Christmas time? What do you love about it?
No one-word answers. Use full sentences to explain your thinking. No comments will show until approved by editors.