Vegemite needs you to sing its jingle The people who make Vegemite need your help to give its classic theme song a new life.

“Who knows, we might find another great Australian talent out of this,” said Trish Cavanagh, who was one of the stars of the original Happy Little Vegemites TV ad that generations of Australians have grown up with. “And it’s a great way to lift people’s spirits and give them a laugh, which we all could use right now.”

The famous song was written by advertising executive* Alan Weekes in 1954. The original Vegemite song by Allan Weekes, written in 1954.

But Happy Little Vegemites didn’t become the renowned* tune it is today until an ad featuring a group of young Australian children singing the jingle* while dancing and performing acrobatics was shown on TV in 1959.

Ms Cavanagh, who is perhaps best remembered as the baton-twirling young girl sitting atop a giant jar of Vegemite said that back then, no-one had any idea how big the song would become.

“Nobody knew how wonderful this particular jingle and the ad would be, or that it would become part of television history, Vegemite’s history and Australia’s history,” she said.

Ms Cavanagh was seven when the commercials were filmed at Sydney’s Pagewood Studios in NSW but said with a laugh that the one thing the young starlets* couldn’t get their hands on while filming the commercial were some Vegemite sandwiches to tide over their hunger.

“It was a happy time, making those ads. Little did I know what meaning this would have in my life,” Ms Cavanagh said, adding, “even now, everywhere I go I’m asked to sing it! So to hear that they’re bringing it back to see what someone can do and if someone can better it as a bit of fun, that’s wonderful.” 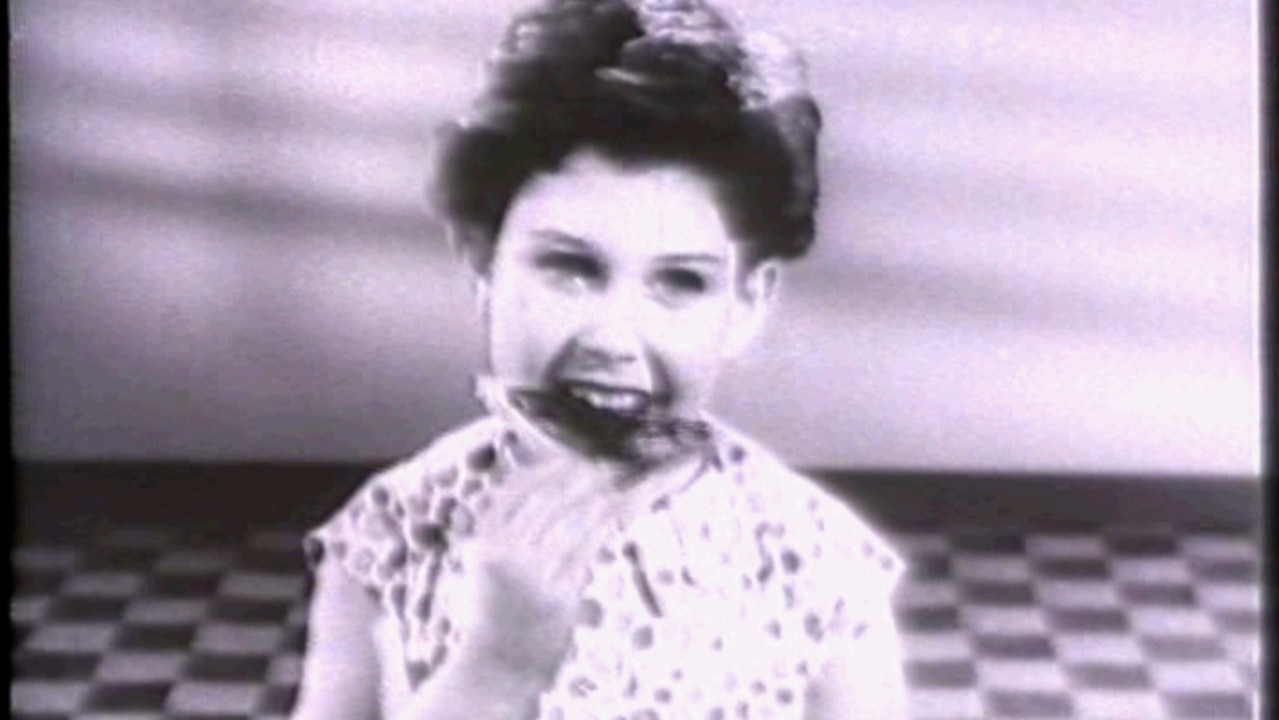 Trish Cavanagh, then Trish May, in the original Happy Little Vegemites commercial.

Indeed, Mr Weekes’ tune has proved to stand the test of time so uniquely that in 2009, Happy Little Vegemites was inducted* into the Australian Film and Sound Archives.

“It’s just part of our culture, really, and it’ll never be forgotten,” Ms Cavanagh said. “Everybody knows it, and it has been said that the jingle can be sung better and more accurately by more Australians than the national anthem. I don’t think we’ll ever see the end of that jingle.”

Vegemite is calling on the nation to cover classic theme song

From today, Vegemite’s parent company, Bega, is holding a national competition to find the next best cover from aspiring* singers and Vegemite fans.

Entrants can record their own version of the jingle before sharing their take on social media. They will then go into the running to win a main prize of $2000 and have their song played on national radio. The runner-up will also win $500.

Melbourne artists G Flip and Banoffee are already on board. Both say they’re ready to hear a new rendition* of the song embedded* into childhood memories and our national history.

“As someone who’s been known to carry Vegemite in my suitcase wherever I go, I was thrilled to be asked to make my own version of the Vegemite jingle. I’ve sung it my whole childhood so why not now? I’m so excited to hear all the different ways people will redo this iconic tune,” Banoffee said.

For G Flip’s version, inspiration came straight from the source itself. “Vegemite gave me the heads up and told me they were asking for new renditions of their classic Happy Little Vegemites tune, so I took my toast down to my studio and made a little G Flip version.”

Bega Foods marketing head Matt Gray said they want to hear “some distinctive* voices bring our jingle to life. We know Vegemite tastes like Australia, but it’s now time that we find out what Australia sounds like.”

Maybe we are happy little Vegemites

CLASSROOM ACTIVITIES
1. Happy Little Vegemite Song
Well of course everyone wants to have a go at doing their own version of the old jingle. But before you do that come up with a new jingle to represent Vegemite after reading the Kids News story. Work in a group of 2-4 people. First of all brainstorm what comes to mind when you think of ‘Vegemite’. Use your senses such as taste, texture, smell …

Now view the old ‘Happy Little Vegemites’ jingle and advertising campaign. What do you think made it so successful?

Brainstorm some ideas for jingles, what’s your angle? What message do you want to get across? How do you want it to sound? How is your jingle going to be different or more unique than others?

In your group, write a new jingle and record it. You might want to continue working on it in your own time or at home and even enter it in the competition.

2. Extension
Think of some ways that the old ‘Happy little Vegemites’ jingle could be re-created and brought up to the 21st century to connect to a new generation of Vegemite lovers. Think about the use of technology and how to connect to this new generation.

Write the pitch to Vegemite bosses on your ideas on recreating the old jingle to make it fresh again!

HAVE YOUR SAY: What will be different or the best feature of your version?
No one-word answers. Use full sentences to explain your thinking. No comments will be published until approved by editors.