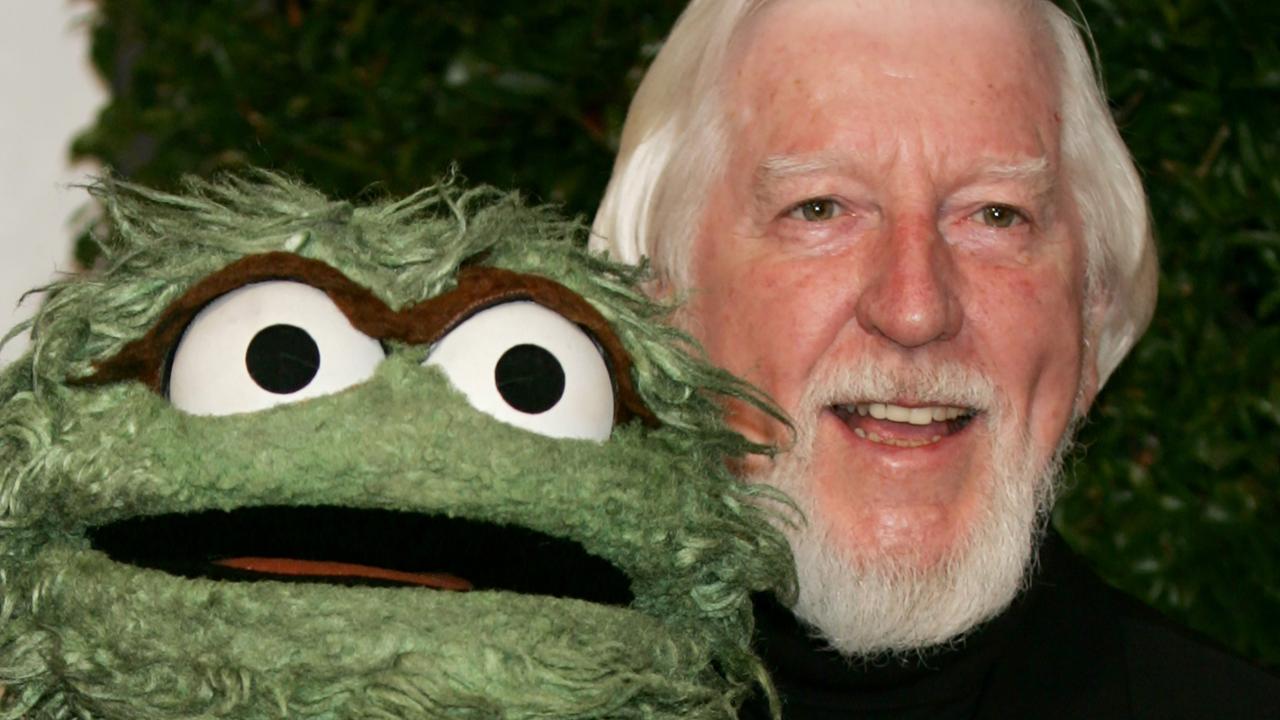 Caroll Spinney, the puppeteer who was the voice of Big Bird and Oscar the Grouch on “Sesame Street,” has died at the age of 85.

“Caroll was an artistic genius whose kind and loving view of the world helped shape and define Sesame Street from its earliest days in 1969 through five decades,” the show said in a statement.

“His enormous talent and outsized heart were perfectly suited to playing the larger-than-life yellow bird who brought joy to generations of children and countless fans of all ages around the world, and his lovably cantankerous* grouch gave us all permission to be cranky once in a while.” 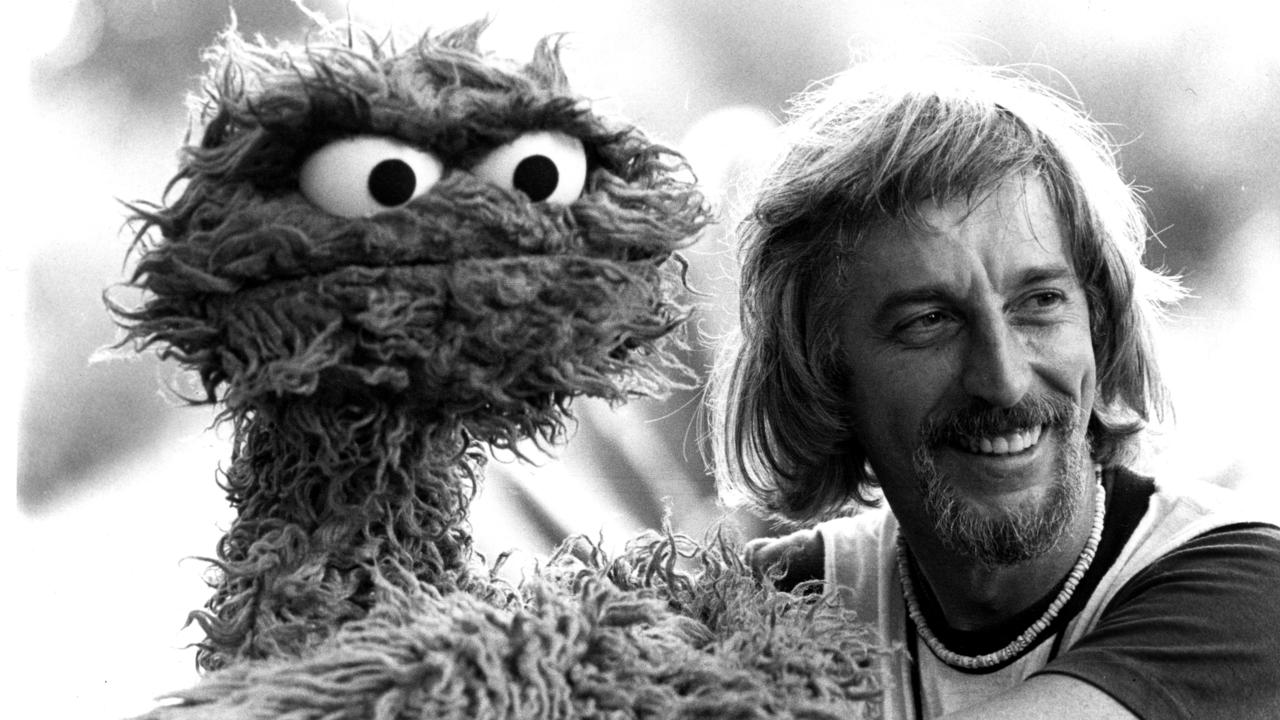 Spinney played the two characters on “Sesame Street” since the show began in 1969 before he announced his retirement last year. Ill health forced him to give up puppeteering for Big Bird in 2015, but he continued to provide the voices for both characters. 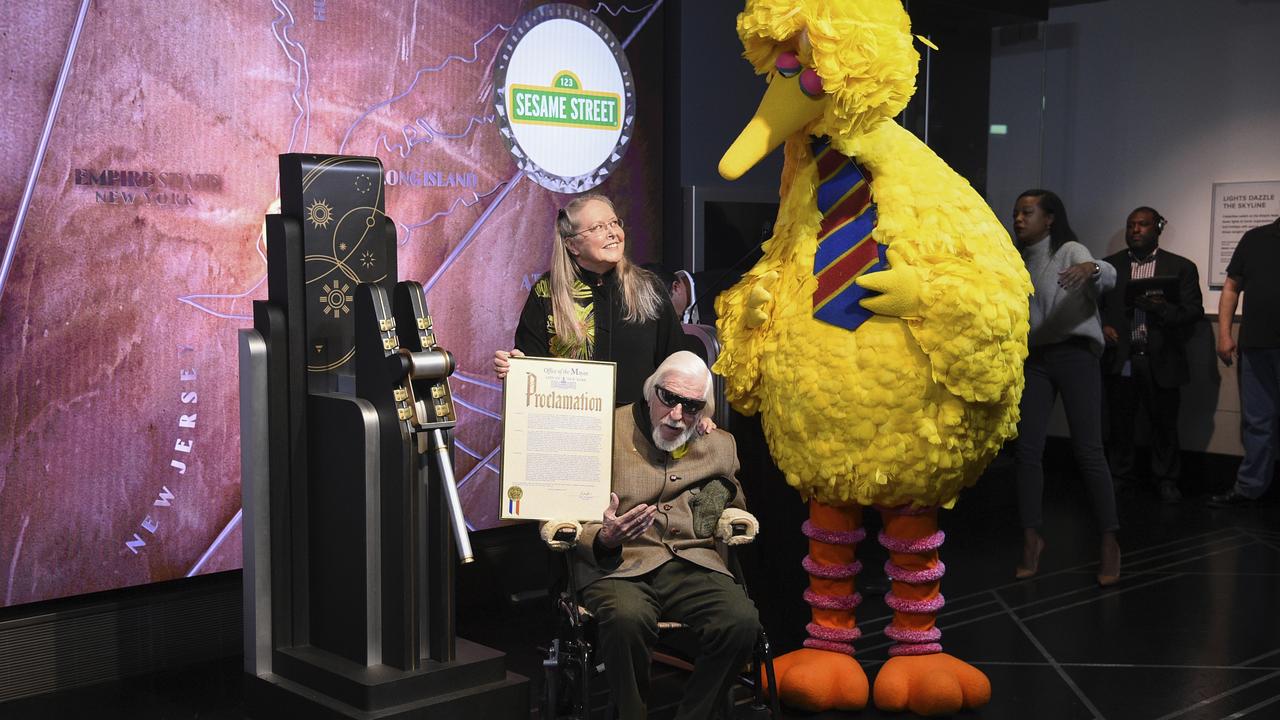 Sesame Street’s Big Bird and puppeteer Caroll Spinney participate in a ceremony to celebrate the 50th anniversary of the TV show on November 8, 2019 in New York, US. Picture: AP

“Before I came to ‘Sesame Street,’ I didn’t feel like what I was doing was very important,” Spinney said when he announced his retirement in 2018. “Big Bird helped me find my purpose.”

But he never became a household name.

“I may be the most unknown famous person in America,” Spinney said in his 2003 memoir. “It’s the bird that’s famous.”

Big Bird was often used to handle sad subjects. The trashcan-dwelling Oscar, whose voice Spinney based on a New York taxi driver, had a streetwise cynicism* that masked a tender core. To colleagues there was no question which character the kindly Spinney resembled*.

“Big Bird is him and he is Big Bird,” former “Sesame Street” head writer Norman Stiles said in a 2014 documentary on Spinney.

It wasn’t easy being Big Bird. To play the part, Spinney would strap a TV monitor to his chest as his only eyes to the outside. Then the giant yellow bird body was placed over him. He held his right arm aloft* constantly to operate the head, and used his left hand to operate both arms. The bird tended to slouch more in later years.

Big Bird’s builder Kermit Love always insisted that his design was a puppet, not a costume. But to many children, he was neither. He was real.

“Eight-year-olds have discovered to their horror that he’s a puppet,” Spinney told AP in 1987.

Born in 1933 in Waltham, Massachusetts in the US, Spinney had a supportive mother who built him a puppet theatre after he bought his first puppet, a monkey, at age eight.

Big Bird became “Sesame Street’s” biggest star. The character was usually used for comedy, but his innocence and questioning was also useful when serious subjects needed addressing. When “Sesame Street” shopkeeper Mr. Hooper died, Big Bird had to get a lesson in accepting death, saying in the memorable 1983 episode that “he’s gotta come back. Who’s gonna take care of the store? Who’s gonna make my birdseed milkshakes, and tell me stories?”

“Caroll Spinney’s contributions to Sesame Street are countless. He not only gave us Big Bird and Oscar the Grouch, he gave so much of himself as well,” Sesame Street co-founder Joan Ganz Cooney said in a statement.

“We at Sesame Workshop mourn* his passing and feel an immense* gratitude* for all he has given to Sesame Street and to children around the world.” 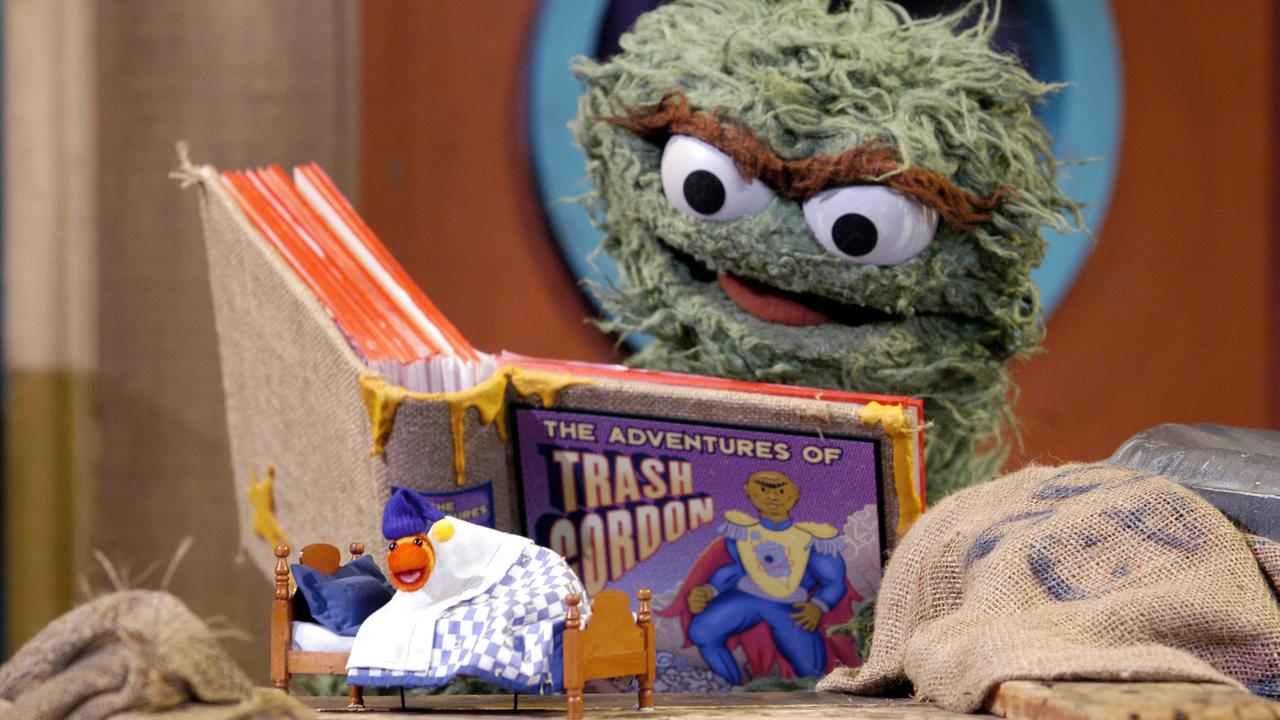 Oscar the Grouch reading Trash Gordon in a scene from “Sesame Street”.

CLASSROOM ACTIVITIES
1. Design a memorial
What do you think would be a good memorial to Caroll Spinney? Design or describe something that would help people to remember and understand his achievements and the things that made him such a special person. Your memorial could be anything – for example, a special statue, place, poster, artwork, song, event, award, symbol, competition, TV program … anything!

2. Extension
Do you agree that we all need “permission to be cranky once in a while”? Or do you think that we should always act as though we are happy, no matter what? Write a piece of persuasive writing that gives your opinion on this.

HAVE YOUR SAY: Did you or do you watch Sesame Street? Who is your favourite character? Why?
No one-word answers. Use full sentences to explain your thinking. No comments will be published until approved by editors.