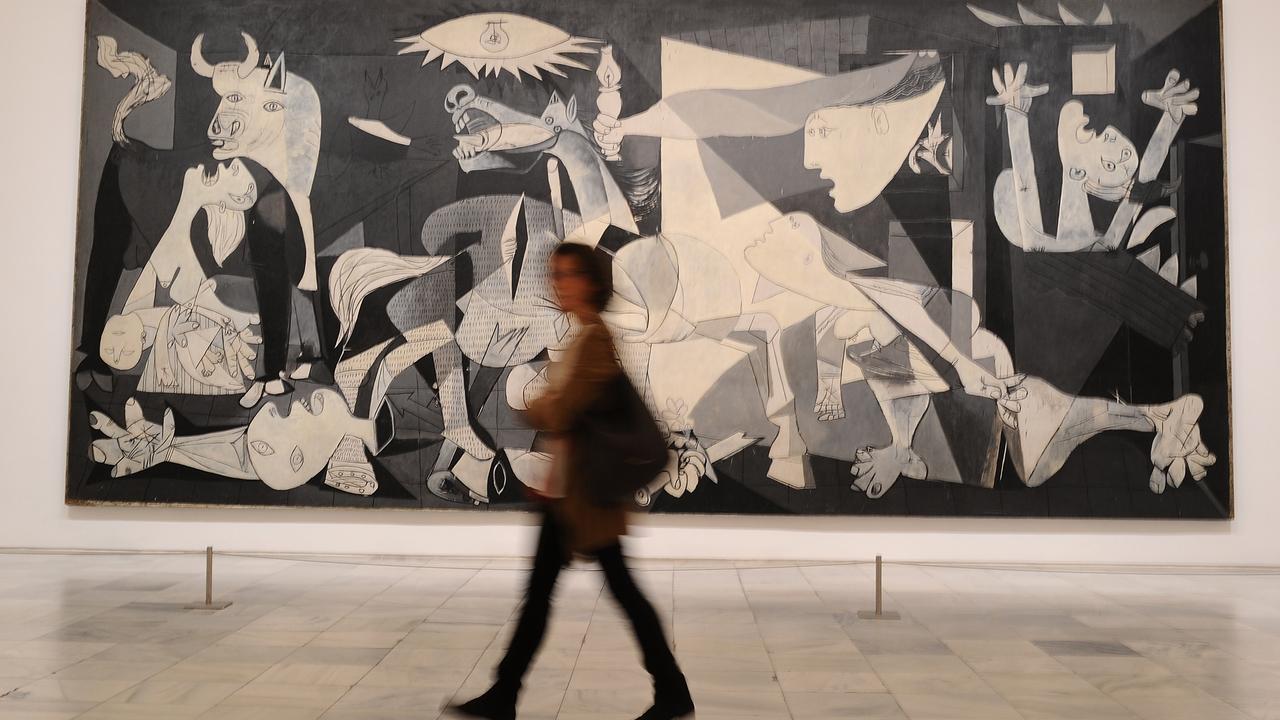 When Andres Valencia starts scribbling at school, his friends gather round to watch.

And they are not the only ones who have noticed his talent. The 10-year-old has the art world buzzing with excitement as Andres makes his global auction* debut* this month.

The Californian art prodigy* first picked up a paintbrush when he was five and now sells his pieces for tens of thousands of dollars. He uses a stepladder to create his larger works and his talent was spotted early by his parents, Guadalupe, a 50-year-old lawyer, and Elsa, a 47-year-old psychologist* and jewellery designer.

They encouraged his work, which is influenced by Pablo Picasso* and cubism*, but just want him to enjoy painting.

“To be quite honest, we try not to talk too much about it in front of him,” Mr Valencia said. “We certainly don’t refer to him as a prodigy or anything like that. We just keep it simple with him. At home, he just does his art.

“So I don’t think that he knows the magnitude* of what the art world and people think about it.” Andres Valencia uses a stepladder to create his larger works and his parents are not the only ones to notice his talent as the art world eagerly awaits his debut auction. Picture: Instagram @andresvalenciaart

Mr Valencia said that he and his wife had resisted calls to homeschool their son so that he could focus more on painting.

“So he paints after school and on the weekends, but he also plays with his friends.”

Andres earned global recognition at Miami Art Week last December. Jordan Belfort, the former trader* whose life story was made into the Hollywood film The Wolf of Wall Street, bought one of his paintings, as did the actor Sofia Vergara. “I’ve been doing this for 21 years,” Mr Korniloff said. “And this was, without a doubt, the most incredible interaction I’ve had with an artist and experience with a collecting audience inside an art fair.

“We’ve had everybody attend our shows, all great celebrities and personalities. But this little 10-year-old boy brought down the house.”

Andres is not afraid of heavy subjects. Inspired by Picasso’s anti-war masterpiece* Guernica*, he created a painting depicting the horrors of Russia’s invasion of Ukraine. Parents are not the only ones to notice Andres’ talent as the art world eagerly awaits his debut auction. Picture: Instagram @andresvalenciaart

Mr Korniloff was reluctant to predict what the primary school student’s work may be worth to future investors but was confident it would endure*.

“The work holds the wall just as good as anything else I’ve seen in a long career,” he said.

This story was originally published by The Times as is reprinted here with permission.

CLASSROOM ACTIVITIES
1. Art on Ukrainian crisis
Research Andres’ piece on the Russian invasion of Ukraine. What elements can you see?

Write what emotions this artwork evokes in you when you look at it.

Do you think this could become a famous painting over time?

Do you think his parents are doing the right thing letting him go to school rather than studying painting at home?