Banksy's Girl With Balloon (2006) mysteriously self-destructed at the end of a Sotheby's auction.

A world-famous piece of art has self-destructed* minutes after it was sold for $1.7 million at auction.

The artwork called Girl with Balloon was created by Banksy, who is a mystery artist known for his street art that pops up on walls and buildings overnight across the world.

The Art Newspaper reported a copy of the 2006 Girl with Balloon painting was sold at a Sotheby’s auction on October 5.

However, right after the $1.7 million sale was called, an alarm sounded inside the frame and the painting started to shred* itself to pieces in front of the surprised crowd. “It appears we just got Banksy-ed!” Alex Branczik, the head of contemporary art* said.

Mr Branczik said Sotheby’s auction house was not in on the prank*.

“He is arguably the greatest British street artist, and tonight we saw a little piece of Banksy genius*,” he said.

“We are busy figuring out what this means. The shredding is now part of the integral* art work. We have not experienced a situation where a painting has spontaneously* shredded, upon achieving a record for the artist.” 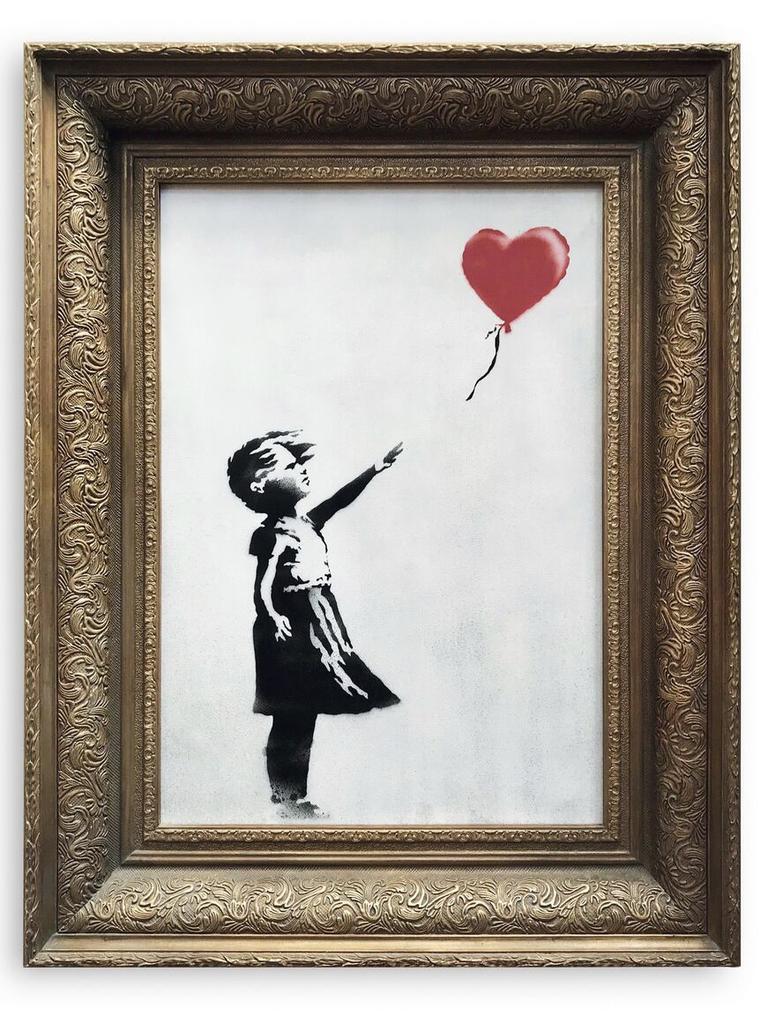 An undated photo of Girl with Balloon.

Later, Banksy revealed on social media that he had rigged the frame with the shredder some time ago. In an accompanying video, he showed a shredder being fitted to the frame of the painting in a workshop.

The move has also been praised as “genius” by fans.

The Financial Times reported the person selling the piece had received it from the anonymous* artist himself.

It’s been pointed out that the stunt would have required Banksy or someone working for the artist to be in the room to start the shredder.

“A man dressed in black sporting* sunglasses and a hat was seen scuffling* with security guards near the entrance to Sotheby’s shortly after the incident,” The Art Newspaper claimed.

It’s unclear what will happen to the artwork, but Mr Branczik said it’s possible that it was more valuable now. 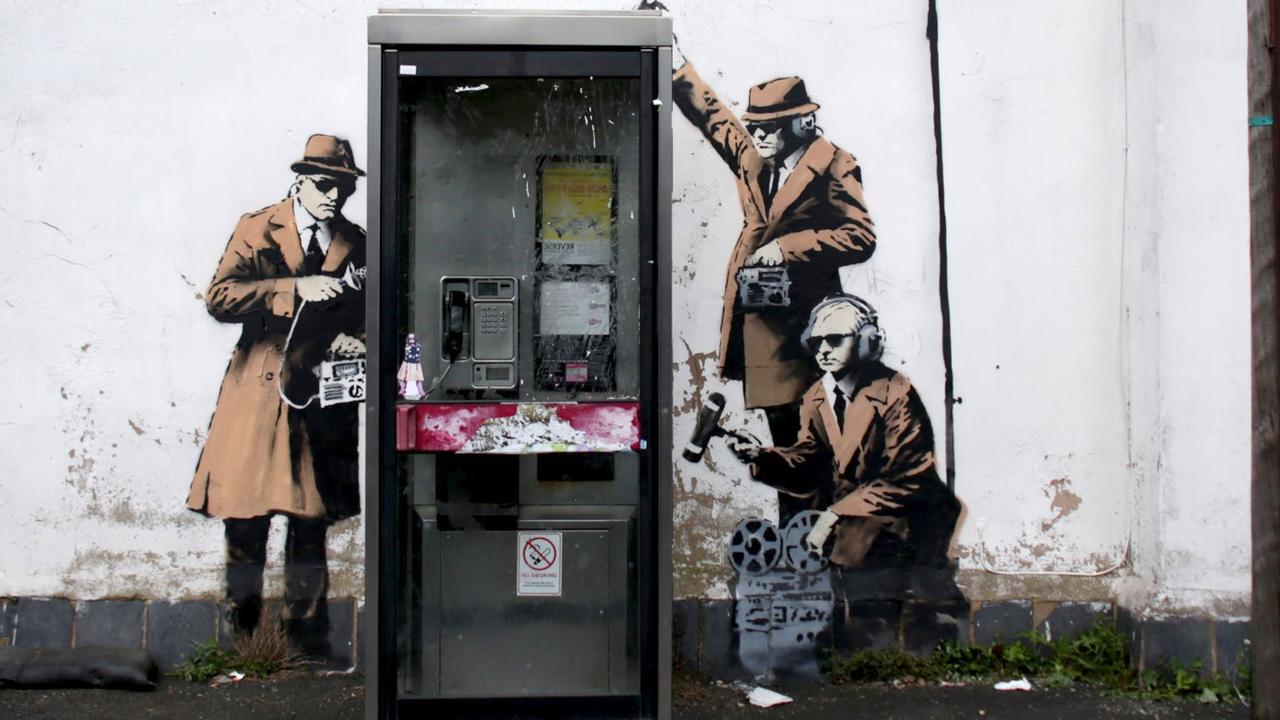 A piece of graffiti street art, claimed to be by the secretive artist Banksy, in Cheltenham in England. Picture: Getty Images

WHO IS BANKSY?
No one knows who Banksy is. His identity remains a secret.

He began his career as a graffiti artist in the early 1990s, in Bristol’s graffiti gang DryBreadZ Crew. Although his early work was largely freehand*, in the late ’90s, he began mostly using stencils. His work became more widely recognised around Bristol and in London, as his signature style developed.

Banksy’s artwork is made up of striking images, often combined with slogans.

His work often engages political themes such as war and greed.

Common subjects in his paintings include rats, apes, policemen, members of the royal family and children.

CLASSROOM ACTIVITIES
1. All about the art
Find an image of a Banksy artwork that you like or think is interesting and complete the following tasks:

Describe what the artwork looks like and where it is found.

Write a paragraph explaining what you think Banksy’s message is with this artwork. (What is he trying to say?)

Write a sentence explaining your reason for choosing this specific artwork.

2. Extension
Draw your own Banksy inspired artwork. Think about the colours and shapes you will use and what the message in your image will be.

(Banksy typically uses stencils and paint to create his images on walls but for the purposes of this activity, draw yours on paper.)

HAVE YOUR SAY: How do you think the buyer would have felt after paying $1.7 million for a painting only to see it self-destruct?
No one-word answers. Use full sentences to explain your thinking.