You can’t see them but you almost certainly have tiny animals living on your face.

These microscopic* mites* eat, breed* and finally die on you. It sounds gross but it’s kind of a beautiful unseen world.

Thanks to photomicrography — photos taken through a microscope — we can see the true beauty of tiny life forms.

Nikon’s Small World photo competition gives a glimpse into the thriving world beyond our natural vision. While these guys are bigger than face mites, it’s rare we see them up close and personal.

An interesting video about itch mites that live in Central Europe and the US.

This year’s finalists included a range of vibrant images that show the stunning patterns and beautiful colours of the microscopic natural world.

The winner of the 2018 competition was Yousef Al Habshi from the United Arab Emirates who snapped an image of the compound eyes and surrounding greenish scales of a beetle, or Metapocyrtus subquadrulifer.

Here’s some of our favourite images from the unusual photo competition. 4. Spittlebug nymph in its bubble house by Saulius Gugis
(This photo used a technique called Focus Stacking and took out third prize.) 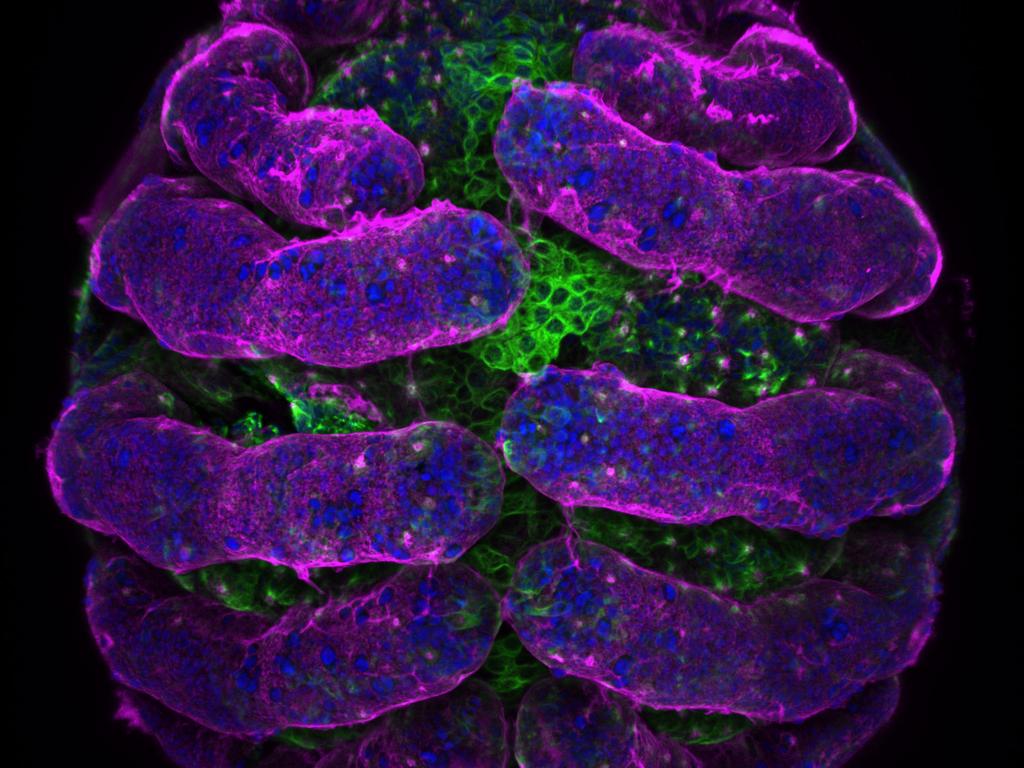 7. Varroa destructor (mite) on the back of a honeybee by Antoine Franck
(Focus Stacking, 1x objective lens magnification.) Mite on a honeybee.

CLASSROOM ACTIVITIES
1. Colours, patterns and shapes
Look carefully at the photos. Choose your favourite one. Create a drawing or artwork inspired by the colours, patterns, shapes or anything that you see in the photo.

Extension
Write a caption for each of the photos in this story. Your caption should include the name of the photo, the photographer and an explanation of why you think that the photo was chosen as a finalist in the competition.

Give as much detail in your explanation as you can.

HAVE YOUR SAY: Which is your favourite microscopic image and why?
No one-word answers. Use full sentences to explain your thinking.