Just jokes! Why all the world loves laughter in the lockdown 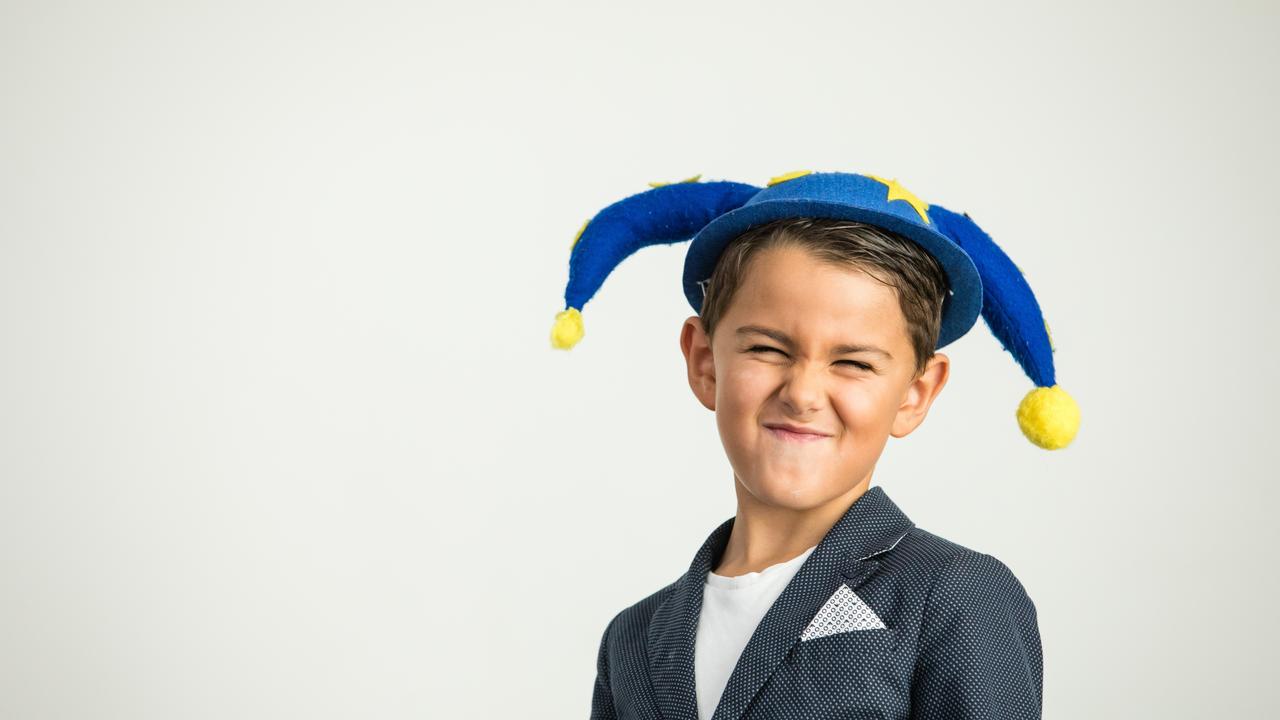 Think of something funny and it’s unlikely to feature the pharaohs* of ancient Egypt or the great Greek thinkers Plato and Aristotle. And yet humour is inseparable from human history, with the first recorded joke reportedly made at an Egyptian king’s expense by his court magician.

According to Jim Holt’s book Stop Me if You’ve Heard This: A History and Philosophy of Jokes (2008), that joke was delivered back in 2600BC – written on papyrus* in hieroglyphics*, no less.

The joke itself won’t provoke* any thigh-slapping hilarity in a modern audience, but thousands of years later it still boils down to something infinitely* relatable: one guy teasing another guy about girls.

Extra points should be awarded for audacity*, since the joker was jibing* the big boss from low down on the hierarchical* ladder.

None of this comes as a surprise to Alison Bennett, Program Manager at the National Institute of Dramatic Arts (NIDA), who said the beauty of humour is that it is universal* and has existed on every continent since the beginning of time.

“Since the beginning of anthropology* … we can see the emergence of a clown or jester, the comic character.

“They are usually there to be the rebellious ones, to be the naughty ones who disrupt the authority. In doing so, they’ll often carry the very important message for the audience, whatever that message might be in the story,” Ms Bennett said. 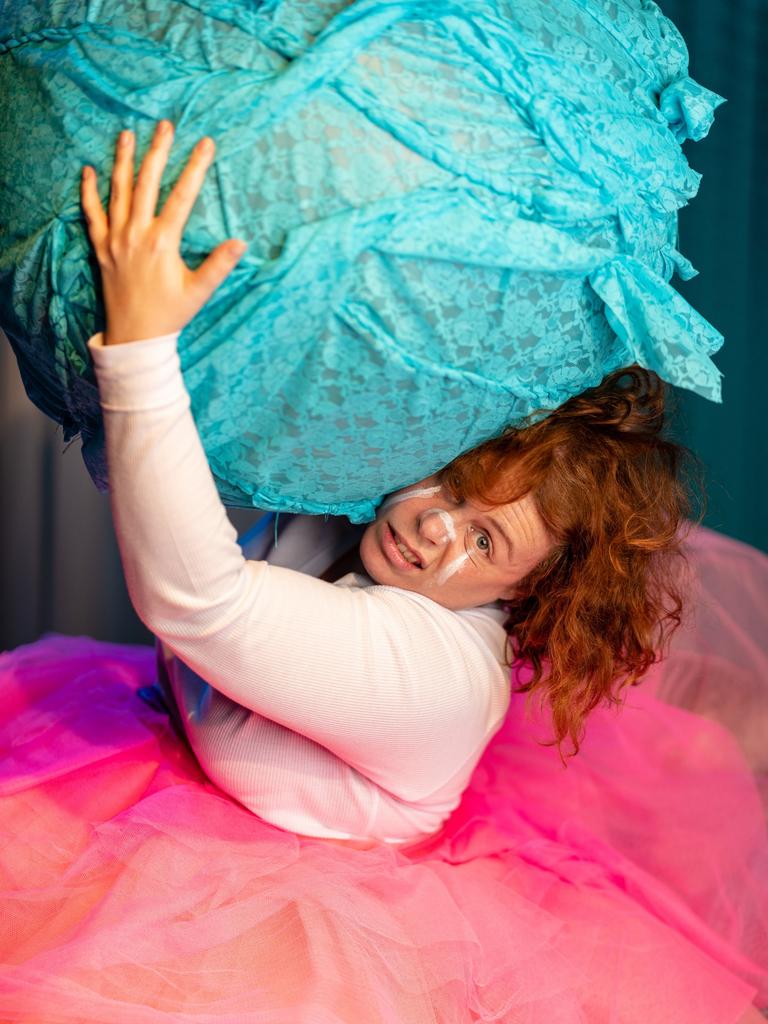 By disrupting power – particularly authority gone mad – humour and those who wield it often work to remind the audience about values, morals, and the difference between right and wrong.

Comic and children’s author Oliver Phommavanh said his starting point for every main character is creating an opposite trait as a way of disrupting expectation.

“In my book Thai-riffic!, it’s about a kid who lives in a Thai restaurant, but he loves pizza and hot chips instead,” he said.

Writing books and stand-up for children is a favourite flex of his own funny bone because he said there is room to push certain boundaries of behaviour and taste. Indeed, flatulence* features throughout the ages as a guaranteed crowd-pleaser (as shown in the, er, breakout). Although humour is universal, every culture has its own comedy, nonetheless Ms Bennett said it is no coincidence that a fart joke for kids exists in all cultures.

“I was doing a job in Japan, working with Japanese kids, and we had a link connecting us to kids in Sydney.

“It was a beautiful thing to watch when the performers, the comics in that session, all did fart jokes. Every single kid from all these different cultures still found it hilariously funny,” Ms Bennett said.

Social platforms have been a game-changer for comics during the coronavirus global lockdown. People have actively sought light relief and the pandemic has proved viral for countless amateur acts worldwide.

“Humour and comedy is a really human thing,” Ms Bennett said. “Someone said a human is just an animal who can laugh and I think that’s a really wonderful thing.”

If technology has taken us to the cusp* of something new and a real shift in the human story, then there has never been a better time for new voices and the sharp eye of the humorist*.

For budding comedians, Ms Bennett said there is only one piece of advice for students of any age. 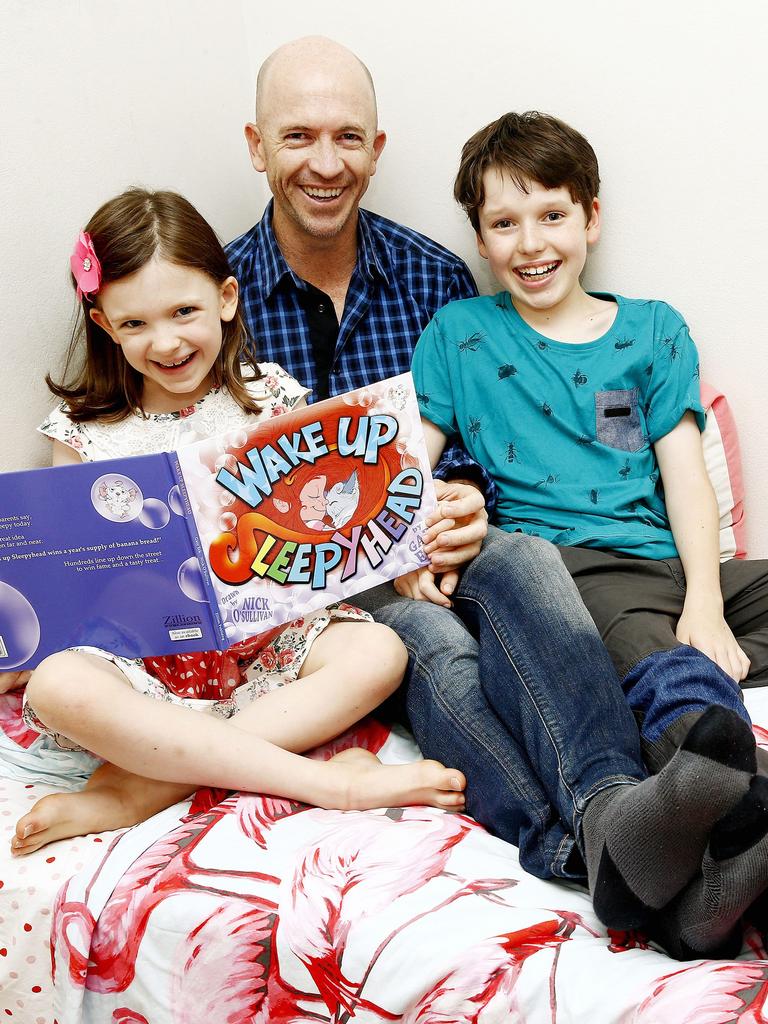 Why we love (and need) to laugh

Happy Feet Two co-writer and co-director Gary Eck:
“We need to laugh more and laugh together for the simple reason it just makes you feel good. No one ever says, ‘What’s wrong with that person? They’re laughing and having a good time.’ Laughter releases feel-good chemicals called endorphins. One minute of laughter is equivalent to 45 minutes of relaxation.

“Laughter puts light into any situation. It gives you the sense that you’re going to be okay. Laughter connects you to other people.”

“I did a gig on a cruise ship and had to do a show for parents and their kids. So I just told them the truth. ‘I walked past the outdoor spa today and I counted at least forty kids in the spa (serious). The spa wasn’t even on. Those bubbles were coming from somewhere else.’”

But if you insist …
Q: How do you get Pikachu onto the bus?

Why do we play jokes on April 1?

CLASSROOM ACTIVITIES
1. Your own funny anecdote

An anecdote is a short story about a real incident or person, for example the funny “spa bubbles” story mentioned in the news article. For this activity you will practise telling a funny anecdote of your own in the way a standup comedian would tell one.

Think of something funny that has happened to you or that you witnessed. Write down the details, either in full or in dot points. Remember to include all of the amusing details. You may also use some “artistic license” to exaggerate or embellish some of the details to make it funnier.

Rehearse telling your story out loud. Concentrate on using your body language, gestures and facial expressions to add to your performance and using your voice effectively by carefully choosing your expression, volume and speed. You might even choose to use character voices in your anecdote.

Record yourself telling your funny story. Watch it back and identify one thing you did well and one way you might improve your performance the next time you tell the story.

2. Extension
On a sheet of poster paper, brainstorm a list of all of the things that make you laugh. Put it somewhere safe so that you can refer back to it when you are feeling worried or stressed, remembering that “one minute of laughter is equivalent to 45 minutes of relaxation”.

VCOP ACTIVITY
Stand Up Comedy
It’s time to put your joke skills to the test. Create a puppet show that you can perform to a lower grade to make them laugh.

Don’t make it about teasing people, just funny stories that have happened to you or good old fashioned jokes that make you giggle so much your tummy hurts.

It’s best to write out your play so you don’t get stuck or start being too silly.

A good laugh is great for your core muscles and to make you happy. Can you make one of your parents laugh today?

HAVE YOUR SAY: What is the funniest story or joke you have ever heard?
No one-word answers. Use full sentences to explain your thinking. No comments will be published until approved by editors.