Incredible pictures of life under the sea Five Australian photographers have blitzed* a global competition with their incredible pictures of life under the sea.

Photographer Alex Kydd was chasing whale sharks at Ningaloo Reef in Western Australia when he came across some unexpected rays of happiness.

This encounter with a fever* of cownose rays was captured while free diving* to a depth of 6m.

“The rays were spiralling up and down the water column from the surface to 20m for a brief moment until they disappeared into the deep,” the 29-year-old said.

“The rays were circling and rubbing together … it may have been possible mating or a social behaviour.”

Mr Kydd, originally from Melbourne, Victoria, received a Highly Commended in the international competition, the 2020 Underwater Photographer of the Year competition. 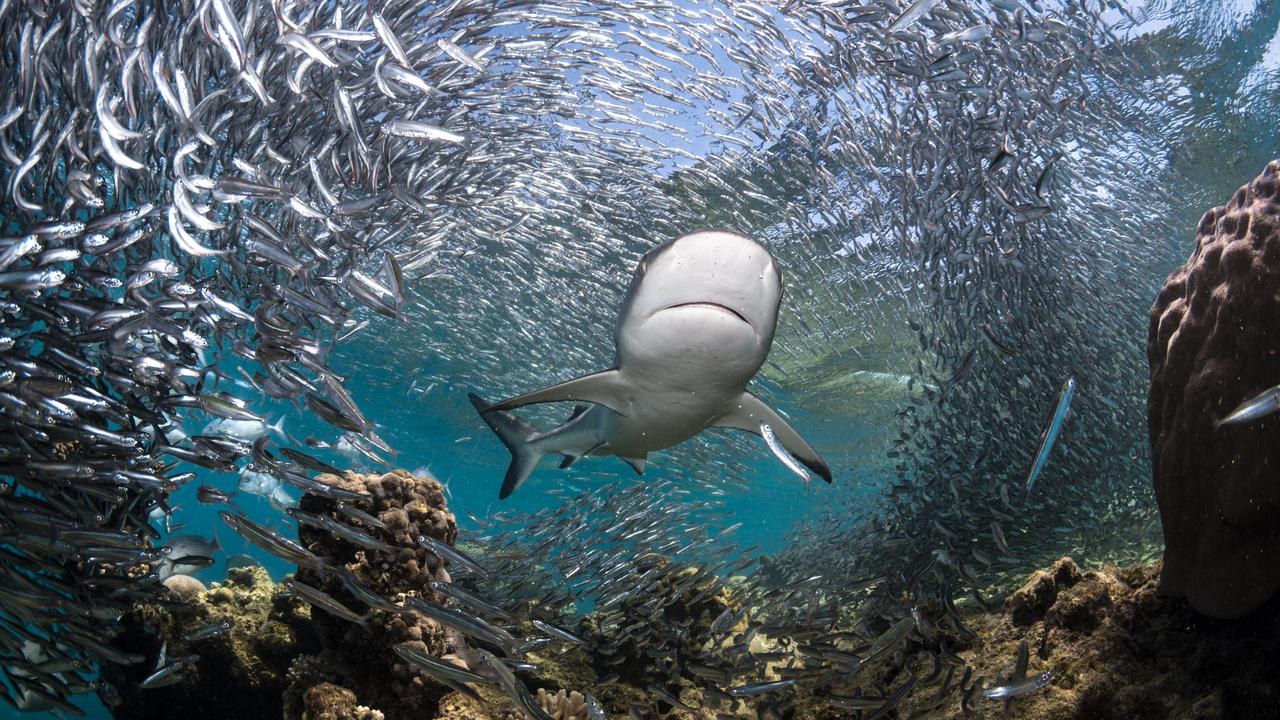 Ms Ledwidge said: “When I found this bait ball I dived down, holding on to some rock to stay steady and motionless hoping that I would go unnoticed by the many sharks surrounding the reef bommie*.”

“As I held my breath, seeing nothing but a wall of tiny fish, I hoped that one of the sharks would go straight through and over my head and sure enough one did.”

Photographer Mel Mu was commended for her picture of seven baby seahorses at Blairgowrie Pier, Victoria as well. 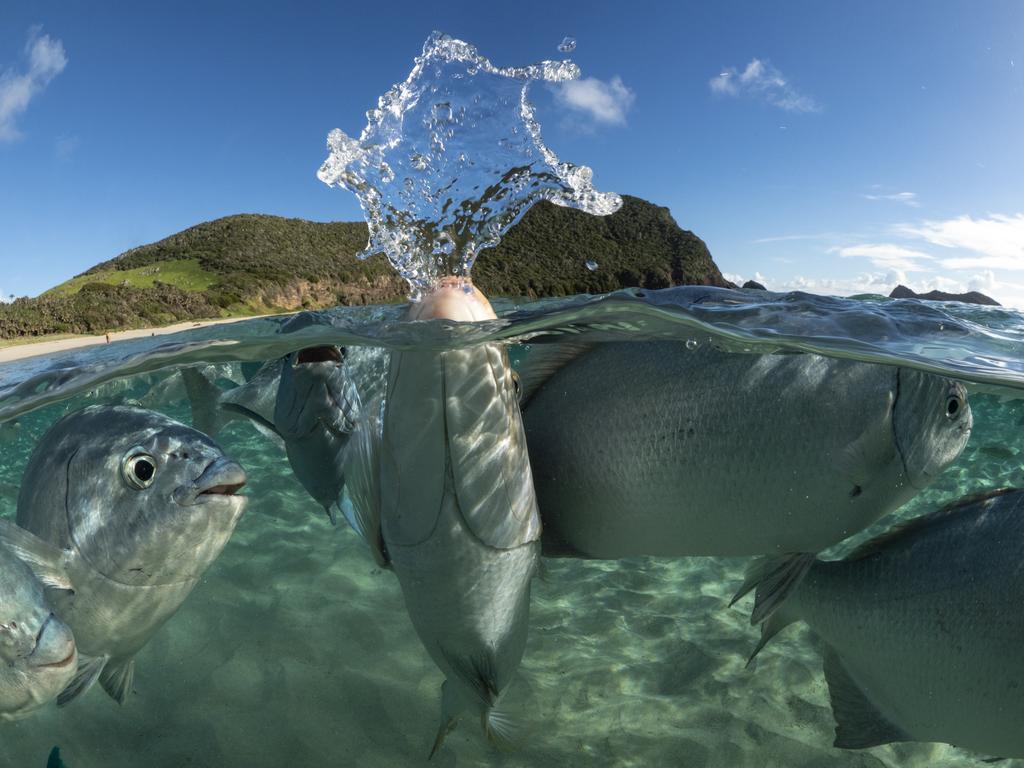 Emperor among drummers. Picture: Scott Portelli//Underwater Photographer of the Year 2020

The Underwater Photographer of the Year competition has been running since 2014 and now attracts more than 5500 entries from more than 70 countries.

The winners were selected by judges Peter Rowlands, Martin Edge and Alex Mustard, who chose their favourite by looking at subject matter, visual styles, photographic techniques and genres*. 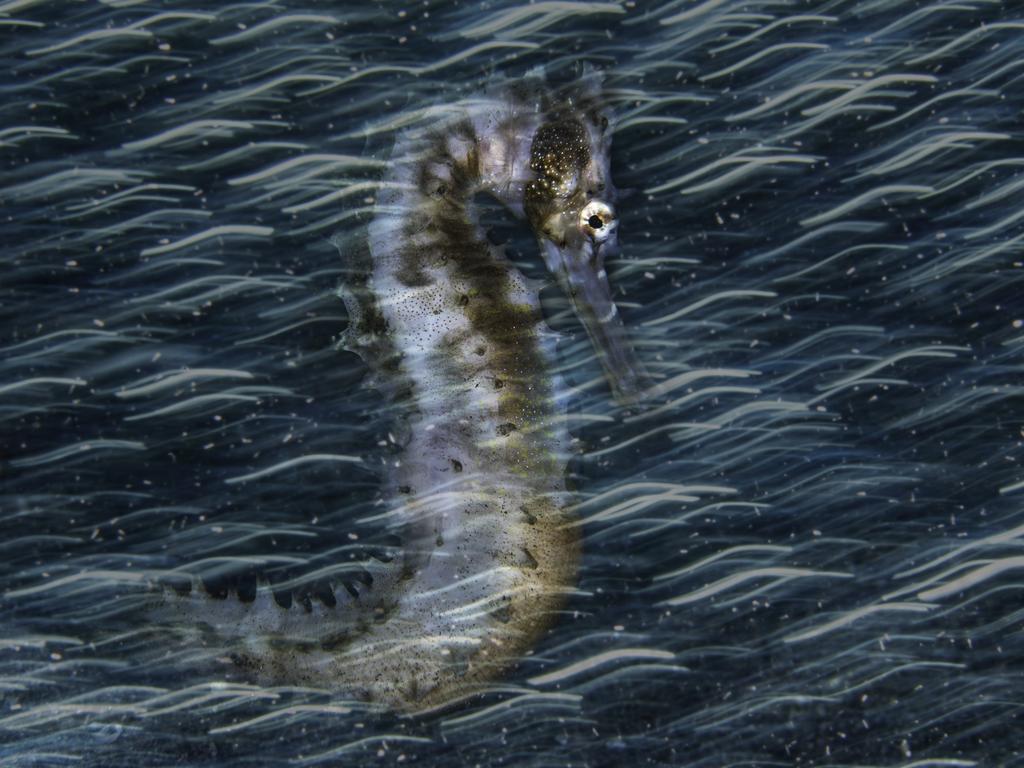 Commotion in the Ocean depicts a thorny seahorse. Picture: Nur Tucker/Underwater Photographer of the Year 2020 You can see more category winners’ and finalists’ photos at underwaterphotographeroftheyear.com

Incredible nature photos are a call to action

The most amazing wildlife photos of 2019

CLASSROOM ACTIVITIES
1. Underwater Favourites
Choose your top 5 pictures from the underwater photo competition and complete a four-column table using details about your chosen photos. Label the columns of the table:

2. Extension
Do you think photographers enter the competition for prizes or for another reason? What could this reason/s be? Would you enter this competition? If so, why? What would you like to photograph?

HAVE YOUR SAY: Which underwater photo do you like best?
No one-word answers. Use full sentences to explain your thinking. No comments will be published until approved by editors.