Fangirl the perfect candidate for Adele interview – and cheaper too 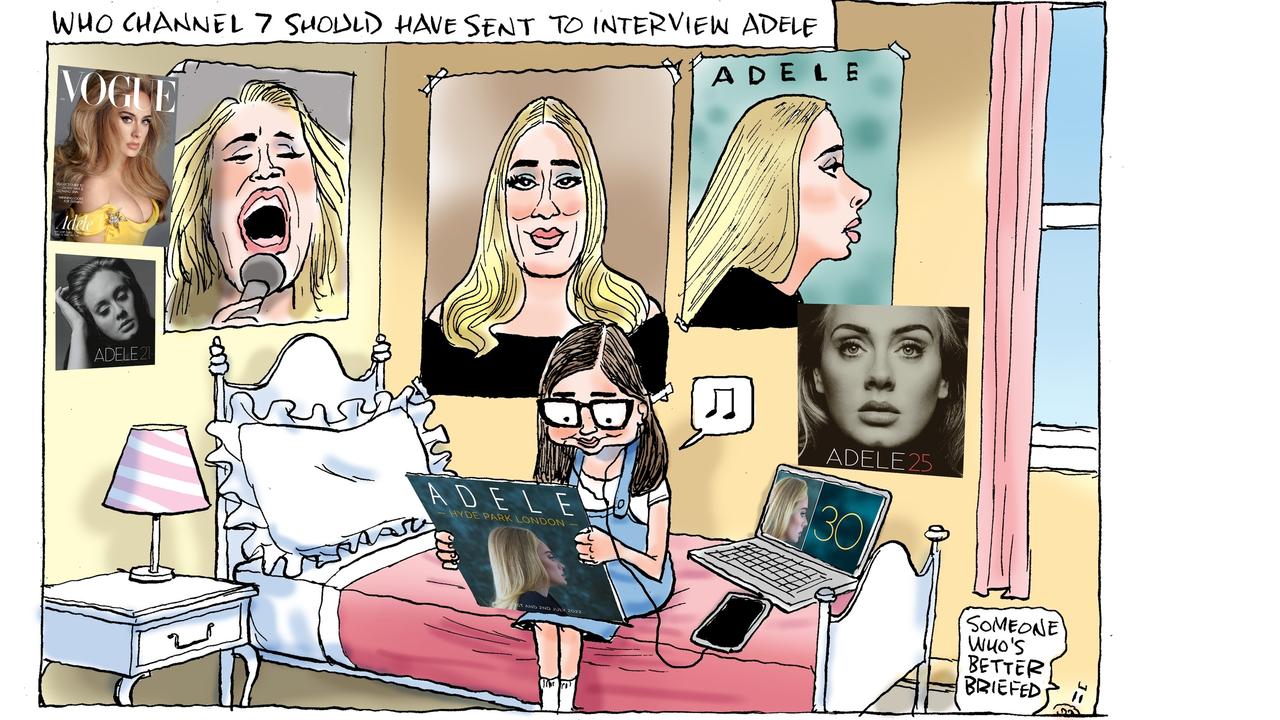 Mark Knight’s cartoon suggests a teenage fangirl should have been at the top of the list when Channel 7 was deciding who to get to interview singer Adele.

Sometimes in my role as an editorial cartoonist I like to take a break from drawing political cartoons and delve into the world of celebrities and stars.

For a lot of people, politics is as interesting as watching the spinning wheel on your computer when an application freezes, so the occasional celeb cartoon is probably a good move.

In the news this week was one of the world’s biggest celebrity pop stars, Adele, (she’s so big she only needs one name) and the release of her much anticipated album, 30.

It was hard to avoid the release of the album, with Adele receiving saturation* coverage in the media. We learned that this collection of mega hit songs was about Adele’s painful marriage breakdown. 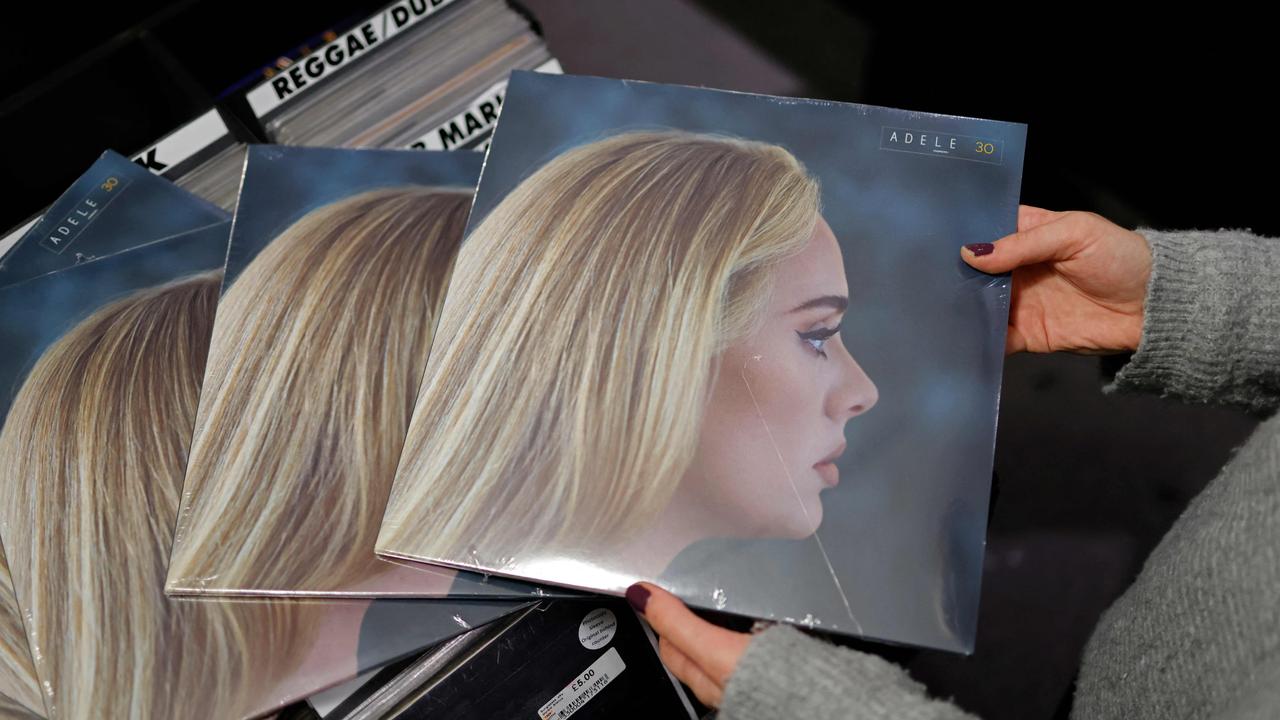 Such is her star power that Spotify even refused to allow listeners to “shuffle” the songs on 30, agreeing with Adele that they should be heard in the order the singer intended.

In Australia, Channel 7 wanted to get the exclusive* interview, and so, in a million dollar deal with Adele’s management, they flew Weekend Sunrise host Matt Doran to London for the big sit-down one-on-one chat with the pop star about her life and music.

Music and entertainment journalists would have given their right hand texting finger for such access to the megastar, but this was to be Adele’s only Australian interview.

Weekend Sunrise host Matt Doran and crew in London on November 4 before the interview with Adele during which Doran admitted he had not heard the singer’s new album, 30.

You can imagine Matt Doran on the 24-hour flight from Sydney to London pouring over articles and biographies* on Adele, listening to her playlists, especially the new album with its songs about such a painful time in her life, prepping himself to the max so that not a second of his 30 minutes with the singer was wasted.

How did it go, you ask? Apparently the interview went okay, until the end when a curious Adele asked Matt: “So what do you think of the new album then, eh?”

His reply: “I haven’t listened to it.”

You could hear a pin drop. Then screams, followed by sirens. How could a reporter sit down to do an interview with Adele about her new album and not listen to it beforehand? The world went into meltdown.

This called for a cartoon, I thought!

As students you all know the importance of preparation before tests and exams. Going in well armed with information and research delivers the best results, right? Cramming or just trying to wing it* can lead to disaster.

Doran said he missed an email with a link to the new album. That sounds like “the dog ate my homework” excuse to me. The British singer-songwriter performs during the Adele One Night Only television special. Picture: Getty Images

I thought about how Channel 7 had reportedly spent $1 million for the rights to the interview and sent one of their highly paid presenters to do the job. What could go wrong?

With my cartoonist’s brain I considered other options the TV network could have taken. Send a music journalist maybe? Nah, too obvious. Or send an unabashed* Adele fan. An Adele fangirl! They wouldn’t miss a trick.

So I started sketching, trying to create my fictitious* Adele Fan Club president. She would be in her early teens, her bedroom walls festooned* with Adele posters, her computer homepage set to Adele.com, and she would be listening to the new album on high rotation. She would know all the lyrics to all the songs by lunch time on the day of its release.

If Channel 7 wanted bang for its buck*, this was the person they should have sent to London to interview Adele! My cartoon is about sending the right person for the job!

And rather than Channel 7 having to spend a million dollars, our fangirl would have probably done it for a selfie with the star!

VCOP ACTIVITY
Prepare for an Interview
Imagine you had the job of interviewing Adele. Of course, you would want to be prepared, so read this Kids News story carefully and do some of your own research to come up with five questions you would ask her.

Challenge yourself to use different question stems (question opener words) to write your questions, and don’t forget to end with a question mark.