Rocks with engravings at Climbing Man Valley on the Burrup Peninsula.

One of the world’s biggest and oldest galleries of ancient rock art will be nominated* for World Heritage listing.

The gallery of Aboriginal art — some of which is more than 40,000 years old — is at the Burrup Peninsula, on the northwest coast of Western Australia. It is Australia’s largest rock art collection.

A World Heritage listing would help inform people around the world that it exists and ensure it is protected from damage.

WA Premier Mark McGowan joined traditional owners in the nearby town of Dampier yesterday to announce the agreement to nominate the Pilbara site for consideration* by the United Nations Educational, Scientific and Cultural Organisation (UNESCO). This organisation decides on whether nominations receive World Heritage listing.

“What we are doing today is starting the process for World Heritage listing the Burrup Peninsula,” Mr McGowan said. “What we’re keen to do is to ensure it gets that world recognition that it deserves. I think if you went to Victoria or New South Wales, you’d probably find very few people were aware of the Burrup Peninsula and what is here, and you’d find on a world scale very few people are aware of it at all.

“World Heritage listing allows us to show the world how special and ancient our culture is in WA.”

There are big mines in this part of Western Australia, which means lots of large equipment moving around and ships being loaded in the area. World Heritage listing would give the art more protection from damage than it has now. 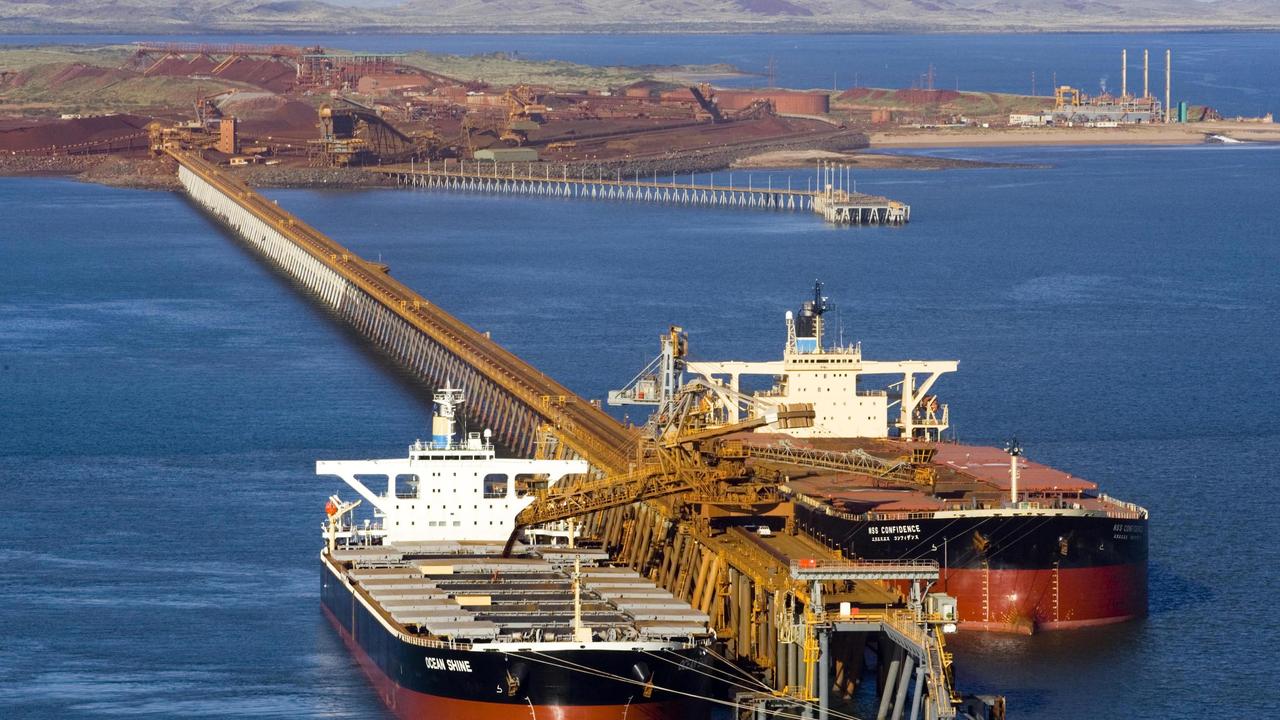 Most of Australia’s iron ore is mined in the Pilbara and loaded at ports such as Cape Lambert and Dampier on the Burrup Peninsula. World Heritage listing would help protect the art from damage caused by big business. Picture: Getty/AFP

Speaking for Murujuga Aboriginal Corporation’s circle of elders, Yindjibarndi elder Tootsie Daniel said it was an emotional moment for her people, who had for decades sought for the cultural site to receive greater recognition and protection.

“Today is an emotional day for our elders who have been fighting for their sacred* sites not to be destroyed by mining companies. We must keep Murujuga alive, take the kids back to Murujuga, show them the country, the carvings … show them Murujuga is a very sacred place.” 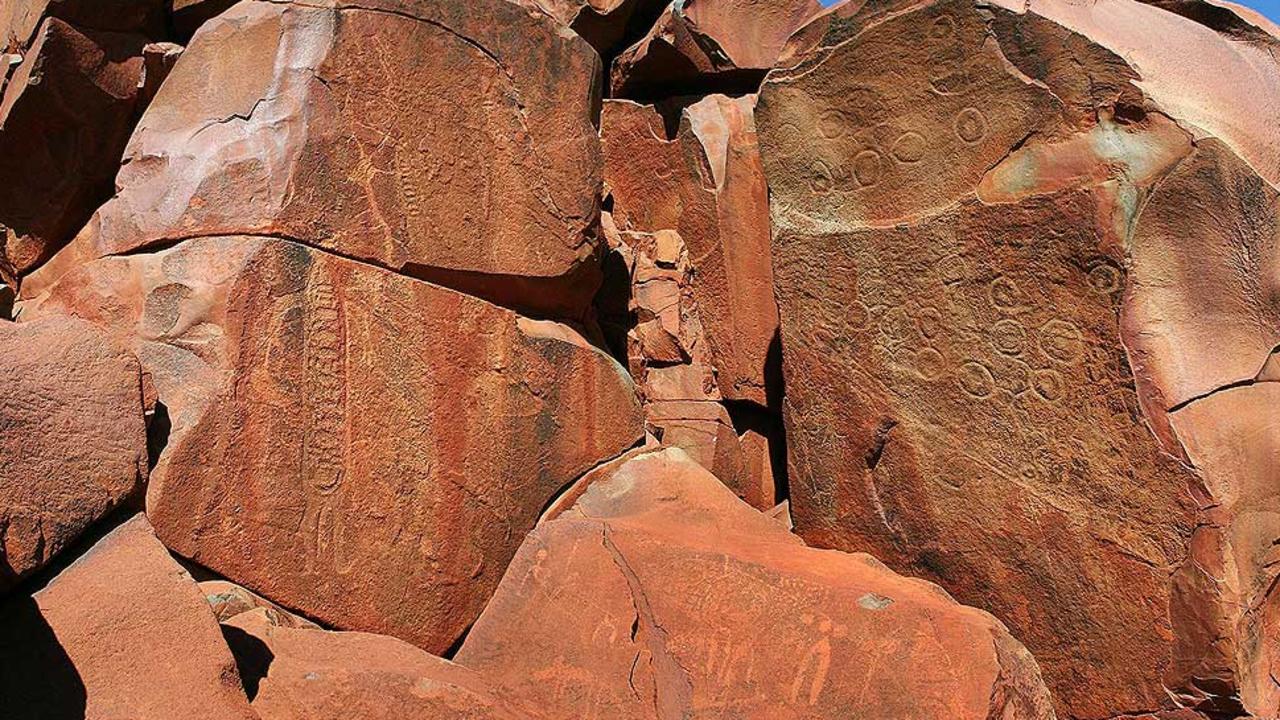 Edith Cowan University School of Business and Law tourism founding professor Ross Dowling said World Heritage status would be a boon* for tourism in the area.

“The moment the Burrup becomes a World Heritage region you will automatically have terrestrial* tourists come, but I also know from the big cruise corporations* they are looking for new sites on the west coast to visit,” he said.

It is a long process to get World Heritage listing. It will probably be 2020 before a decision is made. Part of an engraving of a turtle on rocks on the Burrup Peninsula. Picture: UWA Centre for Rock Art

ANCIENT ROCK ART
The Burrup Peninsula (or Murujuga) pieces of rock art aren’t paintings. They are a type of engraving sometimes called petroglyphs. They are made by removing part of a rock surface by cutting, carving, picking or rubbing.

One artwork at Burrup is of a Tasmanian tiger, which has been extinct on the mainland for thousands of years. 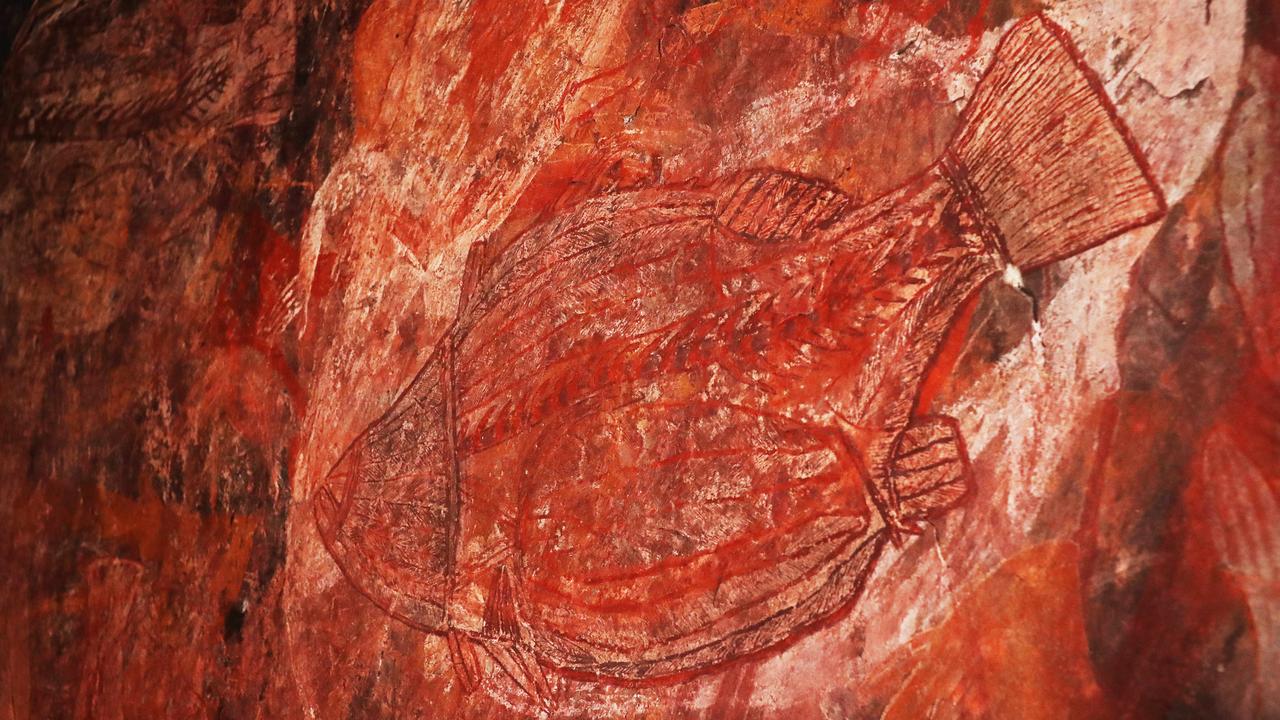 One of the oldest and best preserved rock art sites outside Australia is in the caves of Chauvet-Pont-d’Arc, in southern France. These drawings and engravings are thought to be up to 32,000 years old.

Helium sky ship to give bird’s eye view of Uluru

CLASSROOM ACTIVITIES
1. Art inspiration
Watch the video. Look carefully at the land, the rocks and think about what is said, too. Create an artwork or write a story that is inspired by this.

2. Extension
Write a letter to UNESCO explaining why you think the rocks at Burrup Peninsula should be given World Heritage listing.

HAVE YOUR SAY: Have your ever seen any rock art? Where? What sort of art do you like best? Do you have a favourite artist or piece of art? Use full sentences. No one-word answers.