Advice from a Circus Oz star on giving things a go 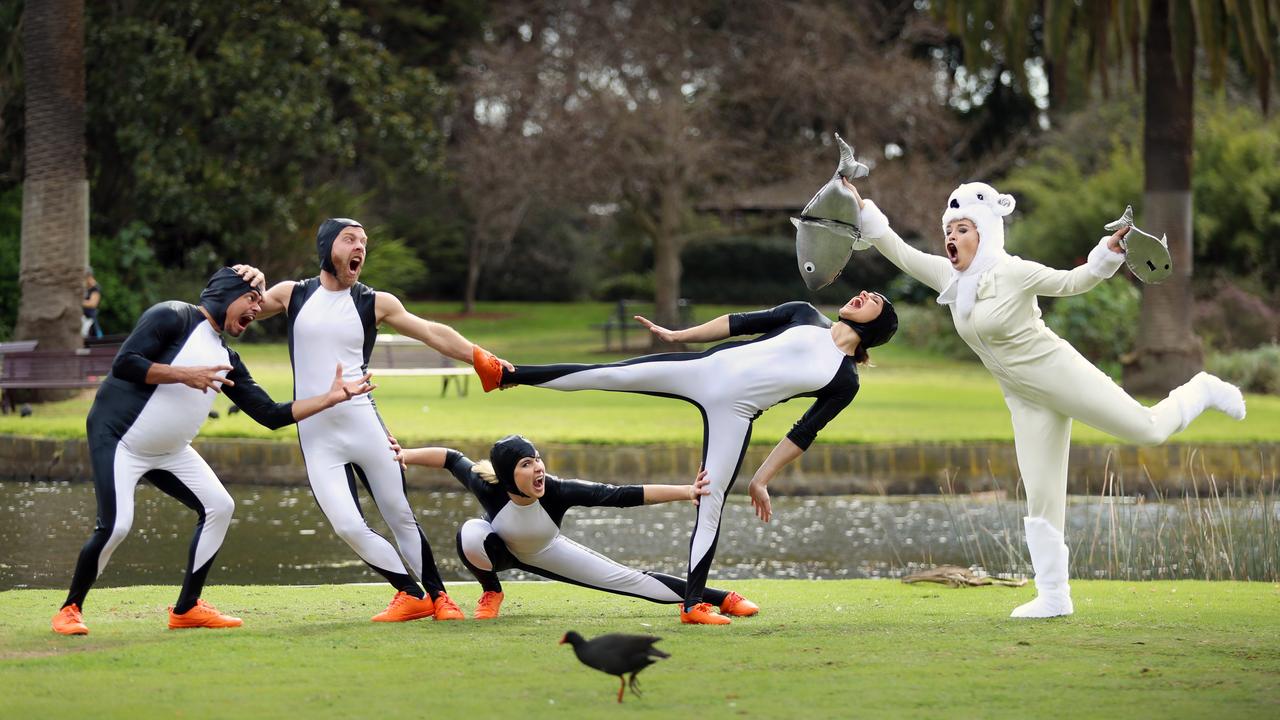 Circus star Jillibalu Riley had a superpower when he was a little kid.

The little daredevil has now grown up to be a Circus Oz acrobat, currently performing under the big top as part of the Circus Oz show called Aurora.

Aurora is a combination of impossible-looking aerial acrobatic tricks such as flying, swinging, tricks in straps and the Washington trapeze, where aerialists* perform various headstand skills on the bar.

Jillibalu and his fellow performers also show off their skills foot juggling, with hula hoops, doing hair-raising balances and a whole lot of physical comedy. Although Aurora is a new Circus Oz show, Jillibalu feels like he has been preparing for it his whole life.

“We didn’t have very much resources but we had rivers, sandbanks and trees,” he said.

“If we fell off the tree, we’d get back up and do it again.”

Jillibalu, who is now 25, grew up in Far North Queensland and spent a lot of time with his friends and cousins playing in and around the Barron River, on the Atherton Tablelands inland from Cairns, Queensland.

His first official public performance was at the age of five at the Moomba Festival in Melbourne as part of the Mayi Wunba Dance group.

“I enjoyed dance at a young age, traditional dance as a kid that I learned from my uncles.

“I loved showing my culture.”

When they weren’t down at the river, the kids would busk in the town, performing traditional dances for tourists, then spending their earnings on hot chips and lollies. Jillibalu Riley (centre) being a daredevil on the trampoline as a kid. Picture: supplied

He got his first taste of proper circus skills in his home town of Kuranda, Qld.

“There was a lady named Kellie Craig and she ran a little not-for-profit circus in the town I grew up in, Kuranda. We were called the Blackrobats and it was a circus for all ethnicities*. I was 11 or 12 years old and I thought it was the best thing in the world.”

He began learning break dancing and contemporary dance at secondary school in year 8 and the idea of joining a circus as a career evolved over many years.

“All I wanted to do was perform on stage, so circus and dance were the options I was passionate about so I auditioned, but I didn’t wake up one day as a kid and think ‘when I grow up I am going to be in the circus.’” He moved to Melbourne in 2013 to study at the National Institute of Circus Arts (NICA).

“Even when I came to Melbourne and joined NICA I was sort of a just-do-it young man because I had obviously come with no training background. I didn’t have any technique.

“My advice to kids is don’t be afraid to try new things. You get shy and a lot of the time we don’t like to be singled out or embarrassed in front of the class.

“Let down your pride and give it a go.”

Circus Oz: Aurora is on in Melbourne until October 6.

2. Extension
Jillibalu talks about being a daredevil being his superpower. What superpower would you like to have? Write a diary entry of a typical day in your life with your superpower.

HAVE YOUR SAY: What is your superpower? What do you love doing?
No one-word answers. Use full sentences to explain your thinking. No comments will be published until approved by editors.