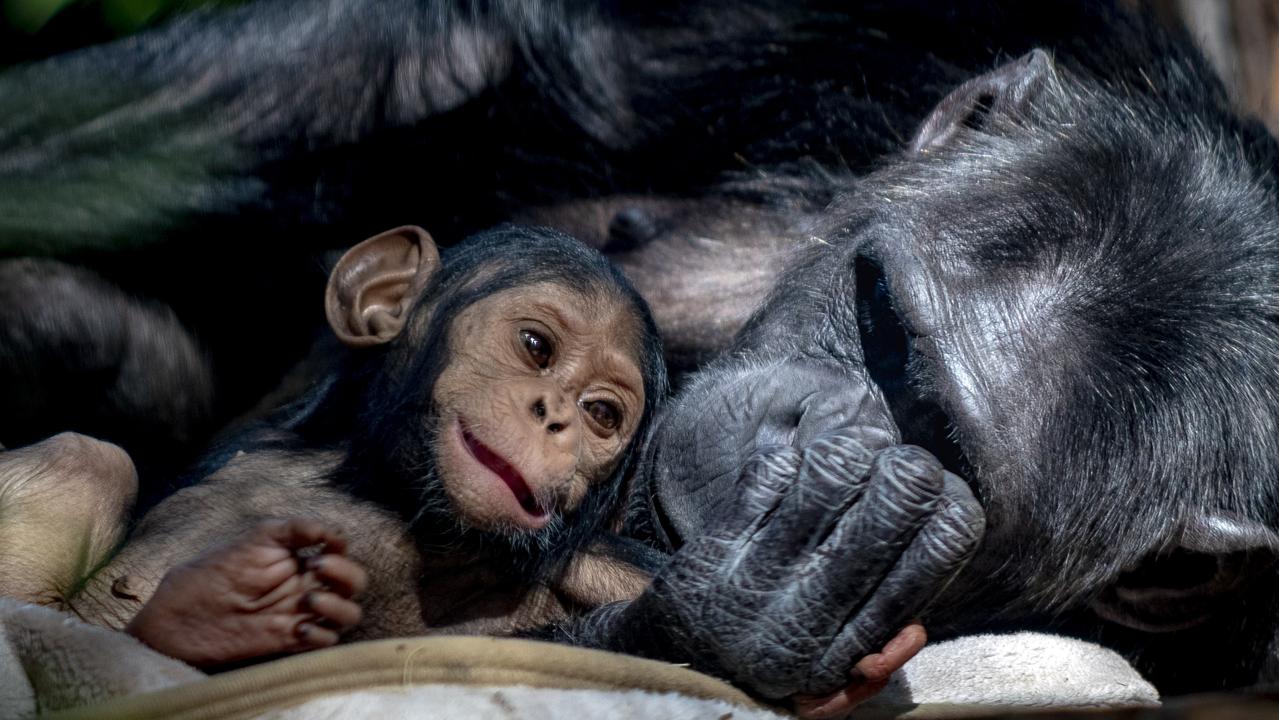 Meet Capri the baby chimpanzee, who is the star attraction at Rockhampton Zoo.

She is the first chimp to be born in Queensland in 40 years and zoo visitor numbers almost tripled* in the weeks after she was born, compared to the same time last year.

New photos have been taken of Capri playing with her mother, Leakey, who helped name her baby recently.

The adorable primate* is not quite four months old and after her birth on February 12 the zoo ran a competition to name her. More than 600 entries were sent in from around the world.

Zookeepers chose a shortlist of five names — Ada, Bella, Capri, Jandy and Ohana — and made five smoothies for Leakey with a number printed on each cup. Five numbered envelopes contained the short-listed names. Leakey chose a cup with a number that corresponded* to the name Capri.

There were several similar nominations*, including Capricorn and Capricornia, which Rockhampton deputy mayor Cherie Rutherford said were popular because the city of Rockhampton is in a region called Capricorn and is just north of a line on maps called the Tropic of Capricorn. 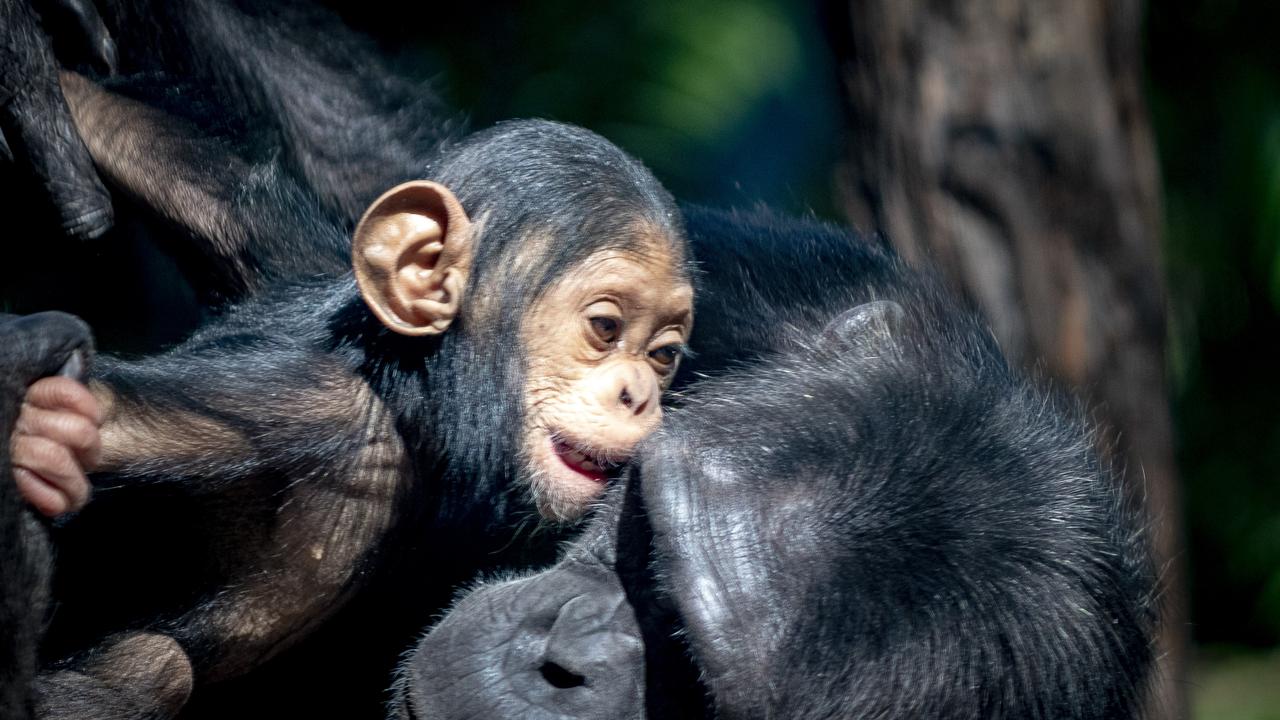 Capri and mum, Leakey. Capri is the first chimp born in Queensland for 40 years. Picture: supplied

Capri’s father is called Alon. He and Capri’s mother, Leakey, both came to Rockhampton from Israel.

Rockhampton Zoo’s Graeme Strachan said zookeepers were pleased it was Leakey who had a baby chimp first out of all the females at the zoo as she had seen chimp babies born before in Israel, so would have some idea how to look after a newborn. Her behaviour would in turn teach other female chimps at Rockhampton zoo what to do.

Mr Strachan said Capri’s birth was an amazing achievement and the result of many years of preparation by the zoo.

“Any day a new chimpanzee comes into the world, it’s got to be a good day,” Mr Strachan said.

“There’s so many problems going on in Africa for the chimpanzees with rainforest destruction that unfortunately a lot of their future relies on breeding programs.” Capri has been attracting lots of visitors to the zoo. Picture: supplied

King Penguins at risk of dying out

CLASSROOM ACTIVITIES
1.  Food, Tools, Movement
Fold a sheet of paper into three sections and write these headings at the top of each section: Food; Tools; Movement. Under each of these headings sketch a picture of what you know about this aspect of a chimpanzee’s life. Write a sentence to go with each sketch.

2. Extension
Look at a picture of a chimpanzee and a picture of a bonobo. Write a list of all of the things you notice that they both have in common with humans.

QUESTION: What else, in addition to breeding programs in zoos, can we do to help save chimpanzees?
Do not use one-word answers. Explain your ideas and use lots of adjectives.