Poo, dung, scats, droppings, manure – whatever you call it, looking at and working with animal faeces* is an important part of the job for zookeepers, vets and scientists.

Though zoos and wildlife parks have been closed in recent times because of coronavirus, the work of keeping the animals happy and healthy has continued every day.

And one of the most important jobs is checking number twos.

At South Australia’s Monarto Safari Park, carnivore* keeper Christy Tonkin said they look for a number of things that are indicators of the animals’ health.

“Keepers check animal poos when they pick it up to see if there are intestinal* worms, blood, sand, undigested meat or if the animal is dehydrated*”.

Keepers collect some poo for the vets to check every three months, or as needed.

Is it a yucky job?

“Yes,” Christy said, “but you definitely get used to it and over time stop taking notice of the odour.”

At Monarto, carnivore poo is easy to pick up, she said, “as they don’t poo a lot”. 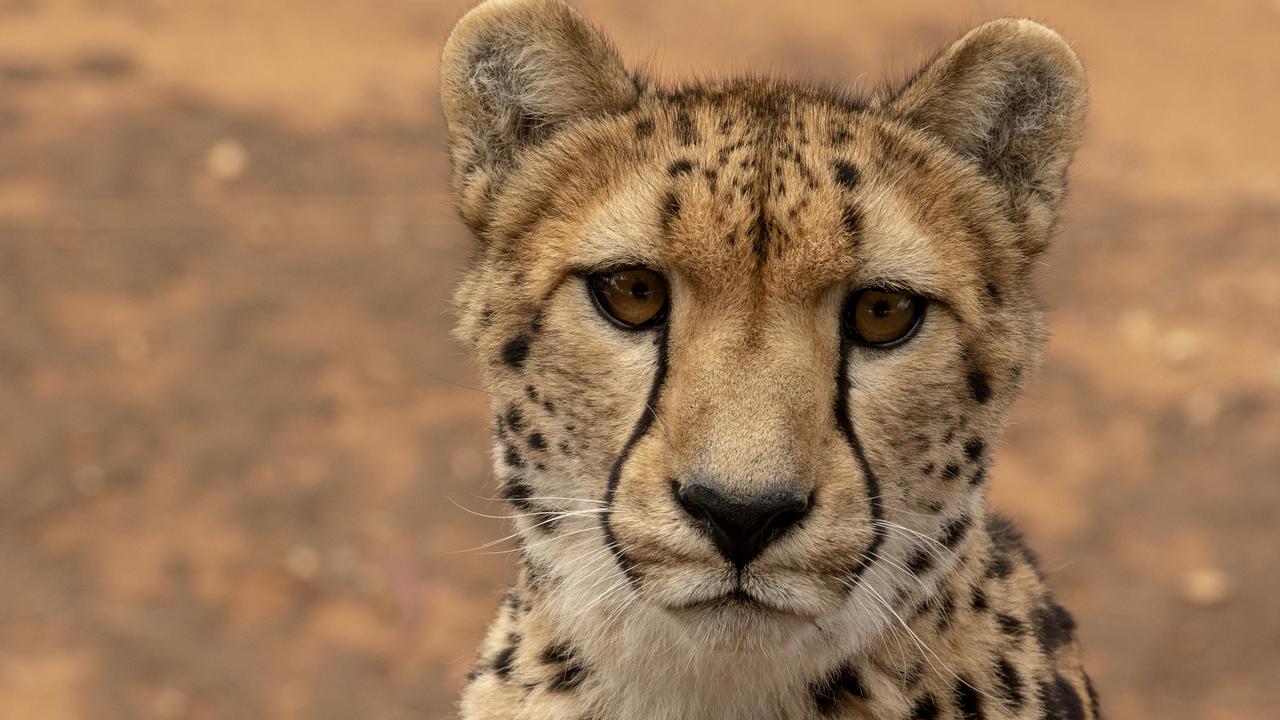 But she said for animals such as bison, giraffe, zebras, that are in large areas and poo everywhere, it is a challenge to pick it all up.

“Keepers make sure they clean in the areas where animals feed,” she said.

Rhinoceros actually communicate through their poo, so Christy said they leave that pile, called a midden, until it is huge – then it is cleaned away and they start again.

POO SPECIALISTS
Christy said keepers can tell straight away which poo belongs to which animals.

“Carnivores eat just meat and their poos look a bit like tar. Inside the poo you can see at

“The poo from a white rhino is still a lot like the hay and grass they eat as they digest their food very quickly.” 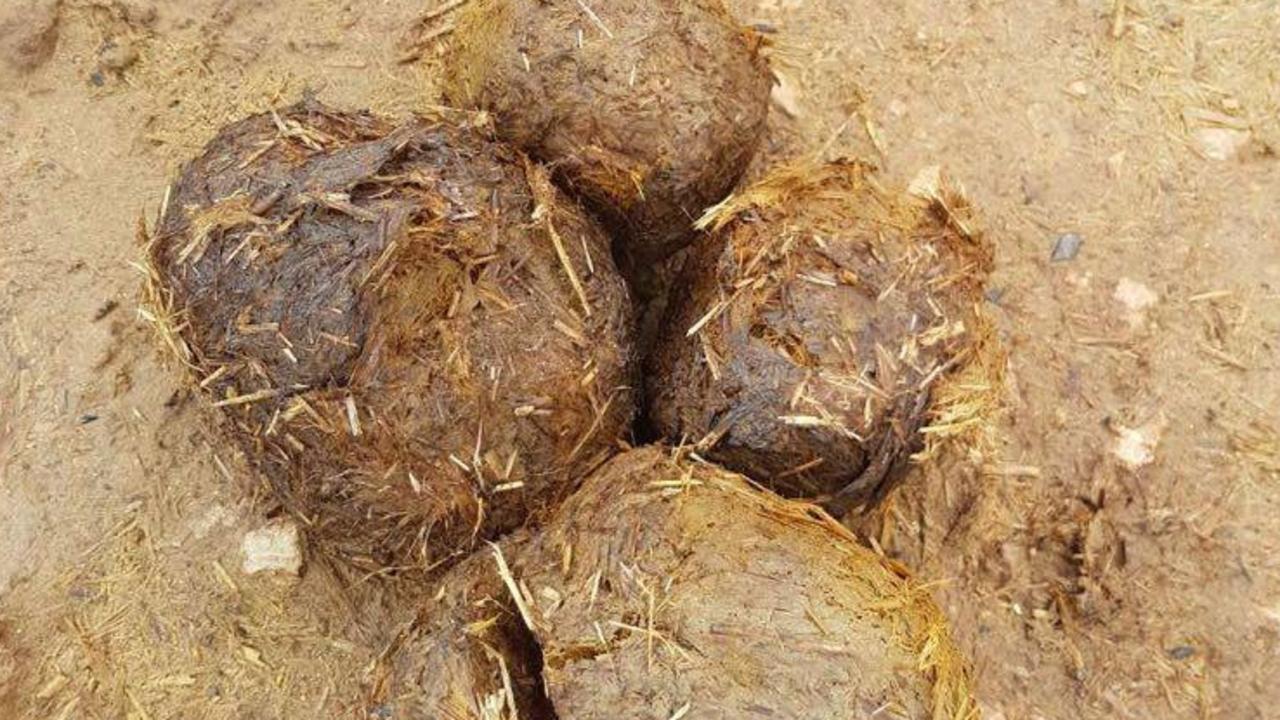 USEFUL POO
We usually dispose of our animals’ poo, but in some countries, it is recycled and used.

Christy said that when she travelled to Africa, she found the Maasai people used cow poo to build their huts.

“In Uganda, rhinoceros poo is used to make writing paper,” she said.

African lions: Lions’ poo is similar to a large dog poo but you will find it to be black at times and very smelly. They will dig at the ground before pooing so when keepers find poo it is always in a hole and in the open. The smell claims the area as their territory.

Bison: Bison poo on the go and in large amounts, very wet poo similar to a domestic cow pat. Black rhinoceros: Rhinos do large, green grassy balls. Rhinoceros will scrape their poo around, breaking up to release smells so it can be communicated with other rhinos in the area. A lot of information is passed through the poo, but it’s only the rhino males that will scrape their poos around whereas the females create a midden (pile).

Cheetahs: They have small, black tar-looking poo. Cheetah like to poo on top of something, off the ground such as a native grass or logs, so it can be seen by the other sex. They even use a play tree – a tree which many cheetah will use. This is to communicate to each other.

Giraffe: Giraffes do lots of small black balls that spread out on the ground as it has a long way to fall!

Tasmanian devils: Tassie devils will use a communal latrine*, which means any devil passing the latrine will also poop in that one spot. They will scent mark, poop and urinate in that one spot, which tells a great story for the next devil that visits. Zebras: Zebra poo appears similar to horse poo and because the poo is very dry, it can look days old, even when fresh. Giraffe from Monarto Safari Park, SA. Because giraffes poo from such as height, it is spread out. Picture: Adrian Mann/Zoos SA

New pooseum teaches us about poop

CLASSROOM ACTIVITIES
1. Visualisation
Zookeepers, vets and scientists need to become experts at identifying the poo of different types of animals. Help them to practise identifying animal poo by making a game using flashcards

You will need a set of blank cards (a piece of thick card cut into playing card size will be perfect. You will need about 18 cards)

Use the cards to play a game with a friend. You could play memory by placing all face down and selecting two at a time to see if they match. Or you could quiz each other by showing your partner an animal and seeing if they can select the right picture of poo. Or you may come up with a different way to use the cards in a game,

2. Extension
Draw up a three-column chart labelled PRIOR KNOWLEDGE, NEW KNOWLEDGE and QUESTIONS.

HAVE YOUR SAY: How would you feel about dealing with animal poo at the zoo?
No one-word answers. Use full sentences to explain your thinking. No comments will be published until approved by editors.