The scales of justice did not fall in Happy the elephant’s favour, as the US Court of Appeals found she was not a person under the law with the same rights as human beings. Picture: Brendan Radke

Happy the elephant is intelligent and deserves compassion* – but she can’t be considered a person, according to Tuesday’s ruling in New York’s top court.

The 5-2 decision by the state Court of Appeals ends the closely watched case that tested the limits of applying human rights to animals.

Happy lives at New York’s Bronx Zoo and the zoo and its supporters warned that a win for advocates* at the Nonhuman Rights Project could open the door to more legal actions on behalf of animals, including pets, farm animals and other species in zoos. 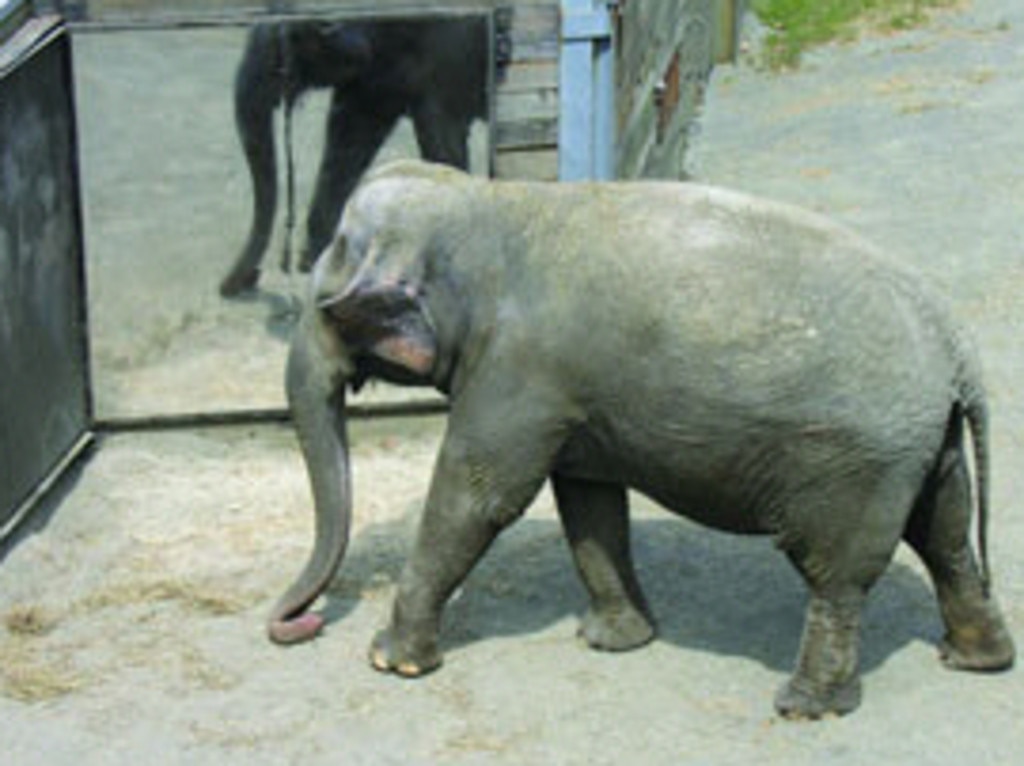 Female Asian elephant Happy looks at herself in mirror at the Bronx Zoo in New York – something humans do as well. Despite Happy’s intelligence, the US Court of Appeals ruled on Tuesday that Happy was not a person with human rights. Picture: AP Photo/National Academy of Sciences/Joshua Plotnik/Frans de Waal/Diana Reiss

The decision written by Chief Judge Janet DiFiore said that “while no one disputes* that elephants are intelligent beings deserving of proper care and compassion,” the law was intended to protect the liberty of human beings and did not apply to a non-human animal like Happy.

The decision affirmed a lower-court ruling that means Happy would not be released to a more spacious sanctuary as when people challenge illegal confinement.

Extending the right to Happy to challenge her confinement at a zoo “would have an enormous destabilising impact on modern society,” the ruling said.

Granting legal personhood in a case like Happy’s would impact how humans interacted with animals, according to the majority decision. 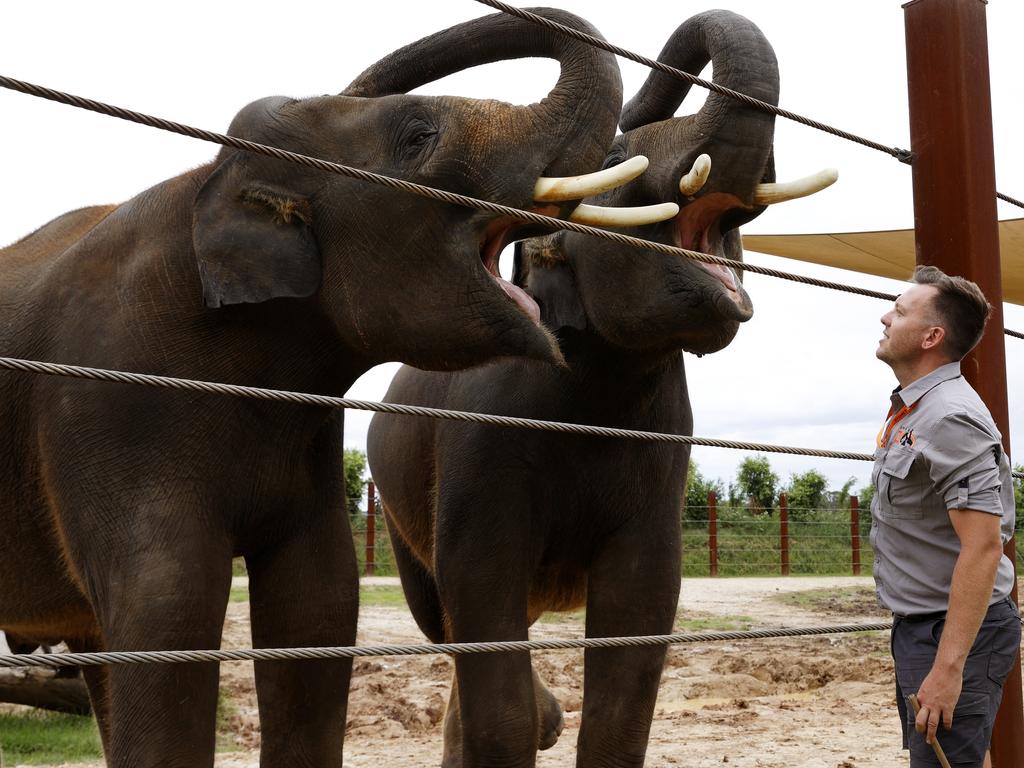 Granting personhood to Happy would have implications for how humans interact with animals, the ruling said. Sydney Zoo elephant keeper Dean Jones is pictured with Asian elephants Kavi and Ashoka. Picture: Jonathan Ng

“Followed to its logical conclusion, such a determination would call into question the very premises* underlying pet ownership, the use of service animals, and the enlistment* of animals in other forms of work,” read the decision.

Operators of the Bronx Zoo argued Happy was neither illegally imprisoned nor a person, but a well-cared-for elephant “respected as the magnificent creature she is.”

But advocates at the Nonhuman Rights Project argued that Happy was worthy of rights reserved in law for “a person.”

Judges Rowan Wilson and Janney Rivera were in favour of extending these human rights to Happy and wrote that being an animal did not prevent Happy from having legal rights. Judge Rivera wrote that Happy was being held in “an environment that is unnatural to her and that does not allow her to live her life.”

“Her captivity is inherently* unjust and inhumane,” she wrote. “It is an affront* to a civilised society, and every day she remains a captive — a spectacle for humans — we, too, are diminished*.”

The ruling from New York’s highest court cannot be appealed. The Nonhuman Rights Project has failed to win similar cases, including those involving a chimpanzee in upstate New York named Tommy. Founder Steven Wise said he was pleased the group had managed to persuade two of the judges. He noted that the Nonhuman Rights Project had a similar case underway in California, with more planned in other states and countries.

“We will take a really close look at why we lost and we’ll try to make sure that (it) doesn’t happen again to the extent that we can,” he said.

Happy was born in the wild in Asia in the early 1970s, captured and brought as a one-year-old to the United States. She arrived at the Bronx Zoo in 1977 with fellow elephant Grumpy, who died in 2002.

CLASSROOM ACTIVITIES
1. Do you agree?
Do you agree with the court’s ruling? Write a list of arguments or reasons that will convince another person that your opinion is correct.

2. Extension
If Happy the elephant was able to speak to the Court of Appeals during the case, what do you think she would say? Write the speech that you think Happy would give to convince the court that she is being “illegally confined”.