This cliffhanger has a happy ending as Shelby is rescued again 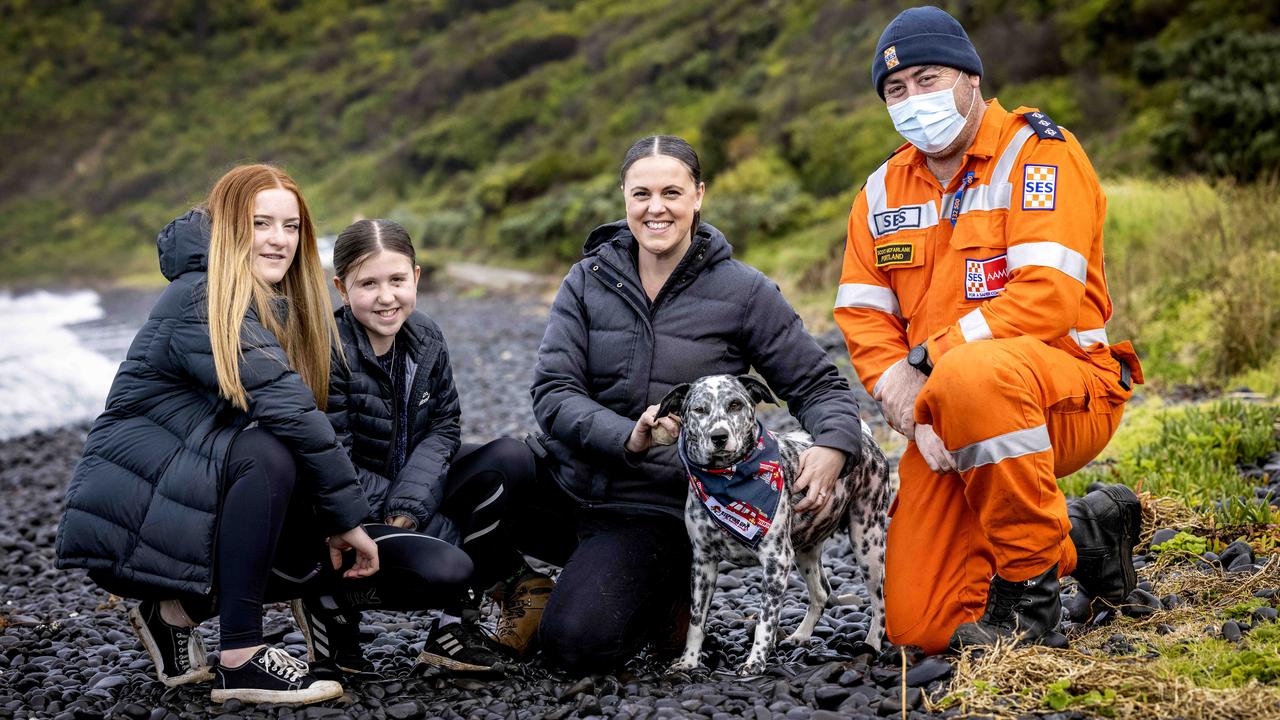 Shelby returned to the beach below the cliff where she was trapped. She is pictured with owner Kim Dean and daughters Abbey, 14, and Savannah, 11, and SES Portland Commander Scott McPherson who led her rescue. Picture: Nicole Cleary

Shelby the rescue dog was once again in need of saving – this time from a cliff face in southwest Victoria.

The dalmatian-cross-blue heeler was left teetering* on a tiny dirt ledge “24m above rocks and crashing waves” after slipping from a walking path at Portland on July 23.

Her owners, the Dean family of Cape Nelson, were alerted to her plight* when she let out a terrified bark. Shelby teeters on the cliff before being rescued by the SES and fire crews at Portland in southwest Victoria. Picture: SES Portland unit

“We were just hoping she wouldn’t move since the ledge she was on was so small,” Kim Dean said.

“I can’t even begin to imagine how far she would have fallen if she slipped.

“When she was on the cliff, she started barking. It was a bark asking for help. We were worried because it was starting to get dark.”

Shelby’s predicament sparked a dramatic rescue, in which SES* and fire rescue crews descended the cliff face – in the dark – to grab her by the collar and pull her to safety.

“The SES crew went to the top of the cliff and dug plates into the ground to stabilise themselves,” Ms Dean said.

“They then descended* down the cliff and harnessed* Shelby with ropes to lift her back up to safety.” Shelby was happily back at the beach a few days after her rescue. Picture: Nicole Cleary

The SES’s Portland unit said the scared pooch “was a perfect patient, staying still until we could lower one of our rescuers down to carefully reach her collar”.

Ms Dean said the family, who rescued Shelby from an animal shelter three years ago, were “very frightened and shaken up” by the incident. 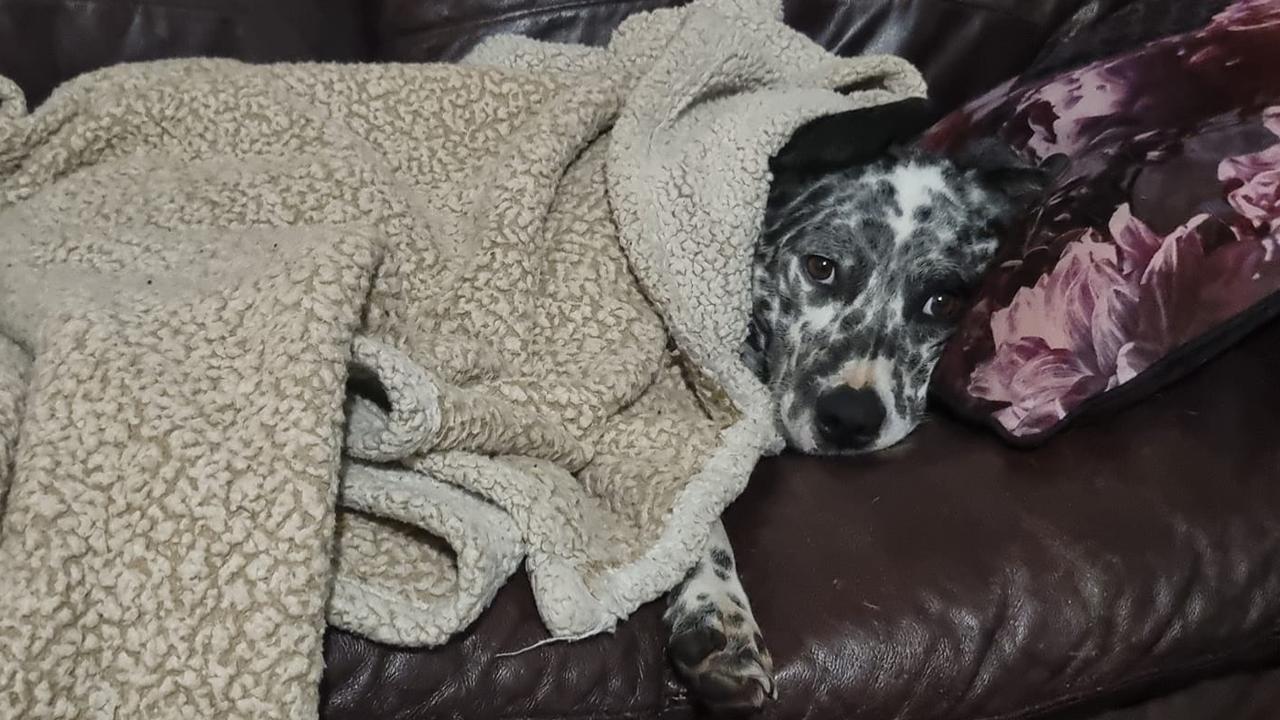 Shelby recovers under a blanket on the couch at home after her dramatic rescue. Picture: Kim Dean

Shelby was safely returned home after her cliff ordeal*, where she recovered tucked up under a blanket on the couch.

“We were so grateful for the SES – we donated to the organisation when we got home,” Ms Dean said.

Take a mo’ to check out this tongue

CLASSROOM ACTIVITIES
1. Thank You Card
Design and write a thank you card to the SES rescuers from Shelby the rescued dog. Include a sketch of the pooch showing her gratefulness.

2. Extension
Work with a classmate to demonstrate to each other how a bark for help may differ from a dog’s normal, everyday bark. If you heard this in your neighbourhood, would it make you stop and try to help?

VCOP ACTIVITY
1. Wow Word Recycle
There are plenty of wow words, (ambitious pieces of vocabulary) being used in the article. Some are in the glossary, but there might be extra ones from the article that you think are exceptional as well.

2. Extension
Find a bland sentence from the article to up-level. Can you add more detail and description? Can you replace any base words with more specific synonyms?