The best wildlife photographs of the year 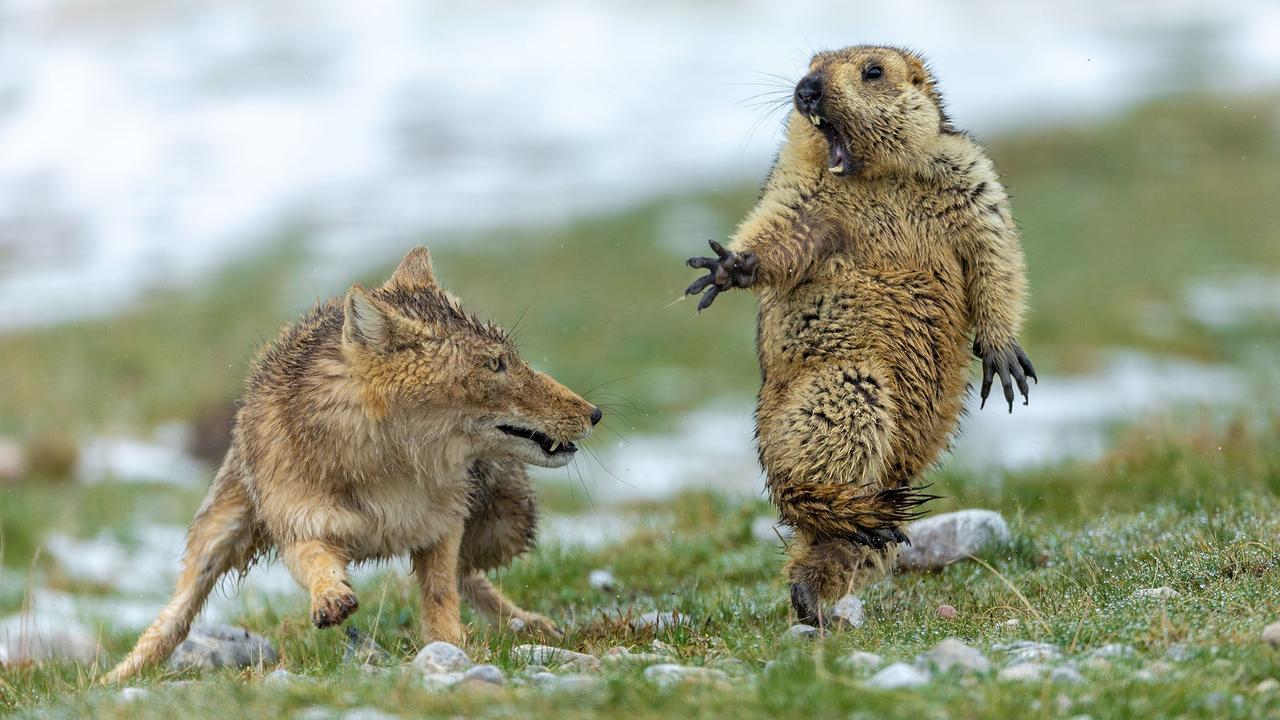 A gripping* action shot that captures “the perfect moment” has won its talented photographer the prestigious* title of Wildlife Photographer of the Year.

Hailing* from the Chinese province of Qinghai, Yongqing Bao stunned judges for his extraordinary image, The Moment, which frames a standoff between a Tibetan fox and a marmot.

Organisers of the contest, awarded by London’s Natural History Museum in the UK, described the incredibly rare image as “a powerful frame of both humour and horror, it captures the drama and intensity of nature”.

Chair of the judging panel, Roz Kidman Cox, said: “Photographically, it is quite simply the perfect moment.

“The expressive intensity of the postures holds you transfixed*, and the thread of energy between the raised paws seems to hold the protagonists* in perfect balance.

“Images from the Qinghai-Tibet Plateau are rare enough, but to have captured such a powerful interaction between a Tibetan fox and a marmot — two species key to the ecology of this high-grassland region — is extraordinary.”

A teen prodigy* from New Zealand, Cruz Erdmann, 14, won the award for Young Wildlife Photographer of the Year 2019 with his serene portrait of an iridescent* big fin reef squid captured on a night dive off North Sulawesi, Indonesia.

The teenager, who gained his diving certification at the age of just 10, took up his passion for capturing aquatic life after inheriting his father’s old underwater camera. 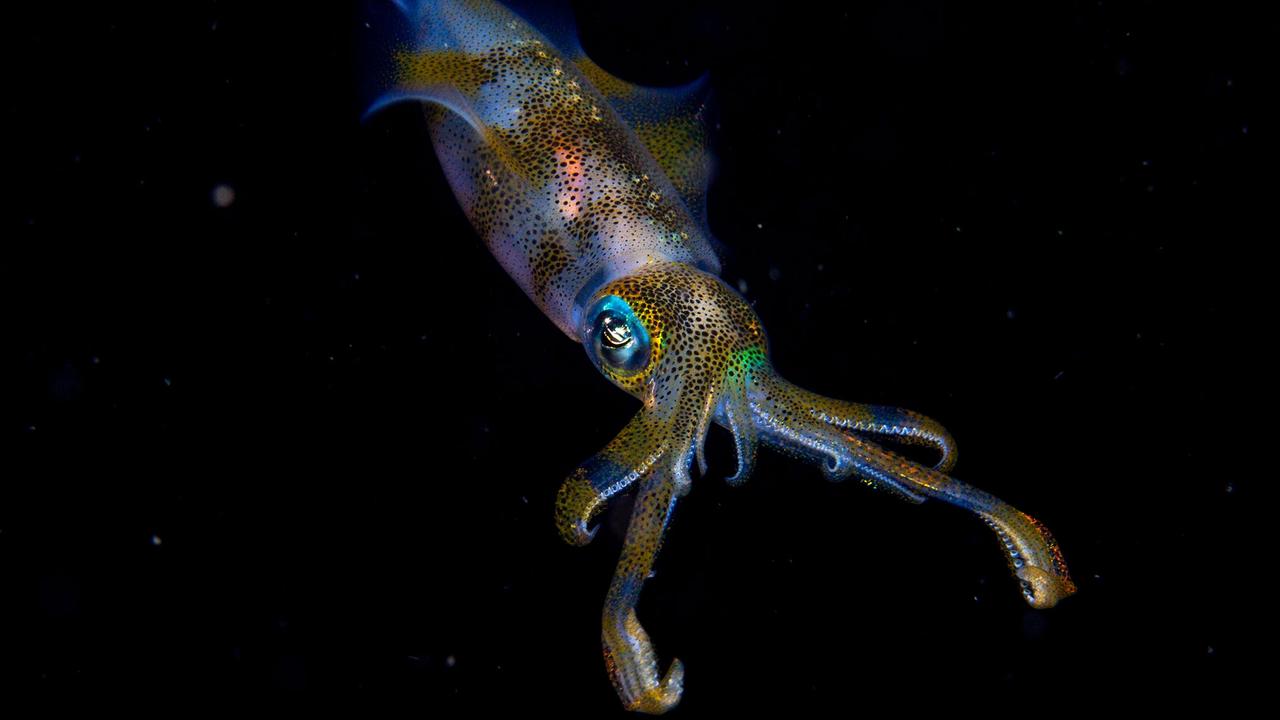 Open to photographers of all ages and abilities, the next Wildlife Photographer of the Year competition opens for entries on Monday, October 21. The Equal Match by Ingo Arndt. The image shows a puma in Patagonia attacking its prey, which was caught on camera by Frankfurt-born photographer Arndt. Picture: Ingo Arndt/Wildlife Photographer of the Year Land of the Eagle, which captures a magnificent eagle landing in Northern Norway, was the 2019 winner of the Behaviour: Birds category. Picture: Audun Rikardsen/Wildlife Photographer of the Year 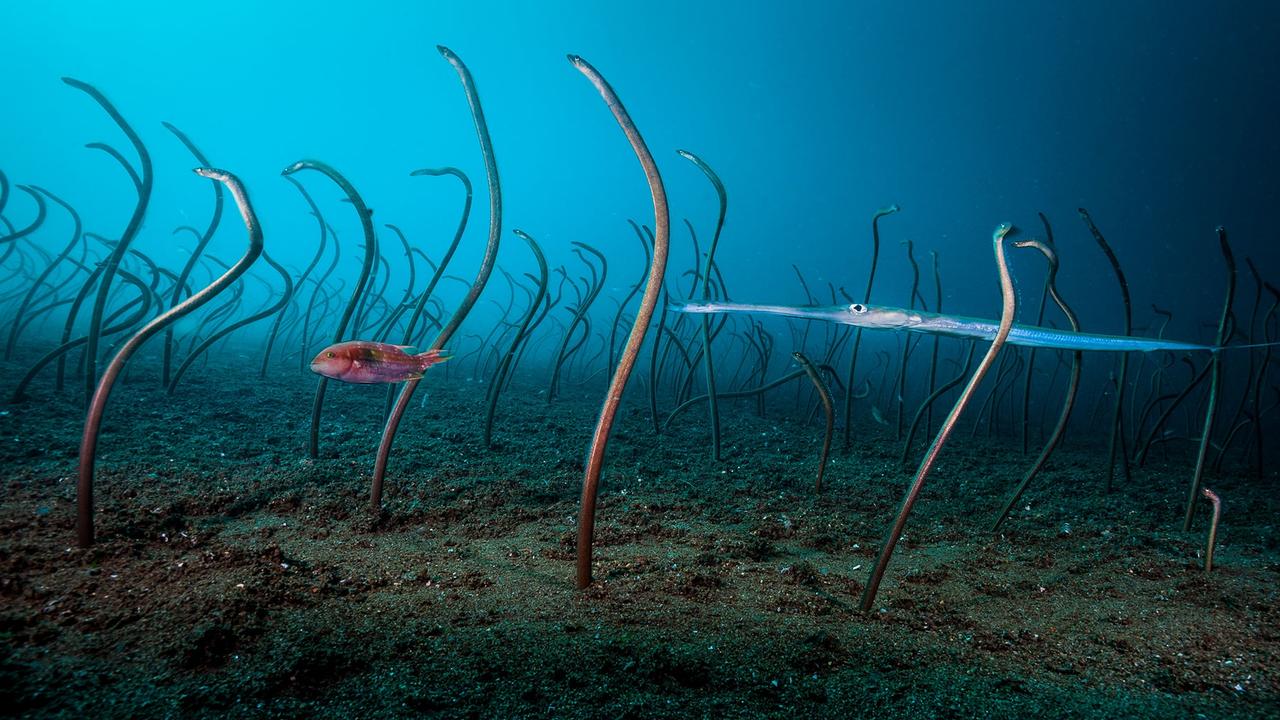 The Garden of Eels, the winner of the Under Water category, shows the ray-finned fish sway and feed in the swift current off Dumaguete, Philippines, as other wildlife pass around them. Picture: David Doubilet/Wildlife Photographer of the Year 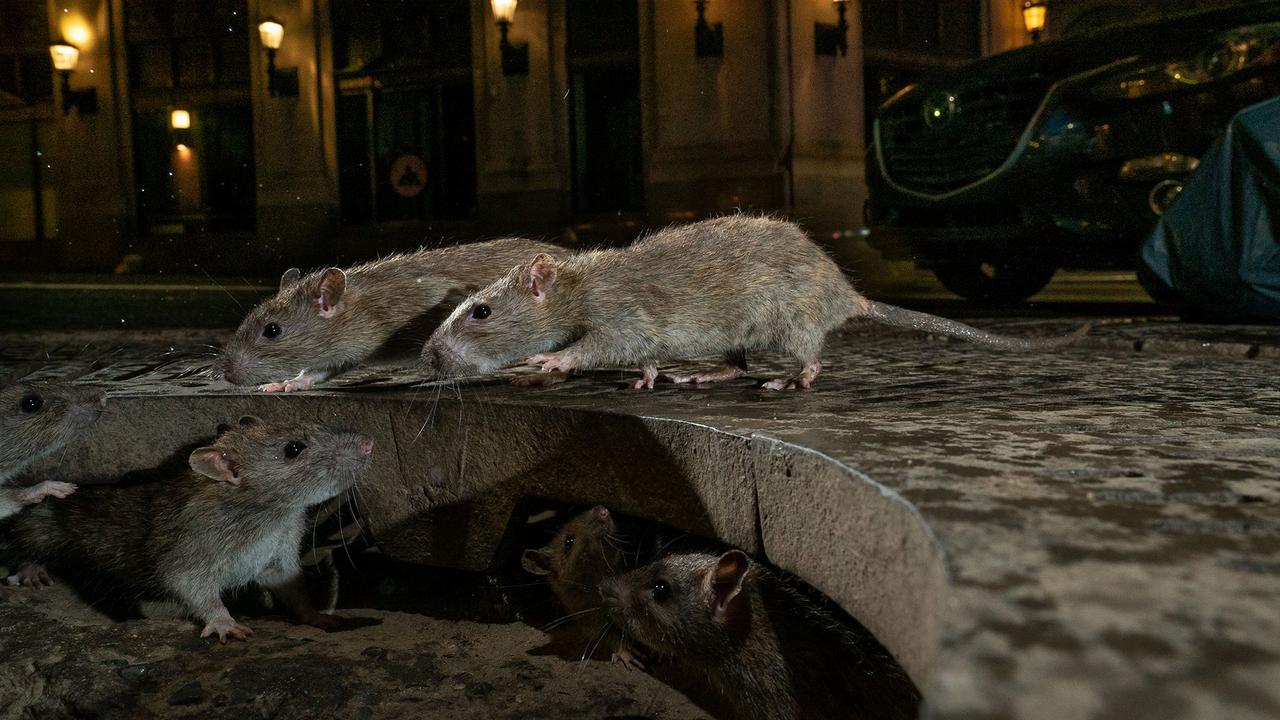 Charlie Hamilton James captured this shot of The Rat Pack, which won the 2019 award for Urban Wildlife. It shows the rats scuttling between their underground home and a pile of garbage in the streets of Manhattan, New York, US, in the early hours of the morning. Picture: Charlie Hamilton James/Wildlife Photographer of the Year A close-up shot shows the Face of Deception, which is the 2019 winner of the Animal Portraits category. The animal is actually an ant mimicking a spider as it rears up on its back legs. Picture: Ripan Biswas/Wildlife Photographer of the Year 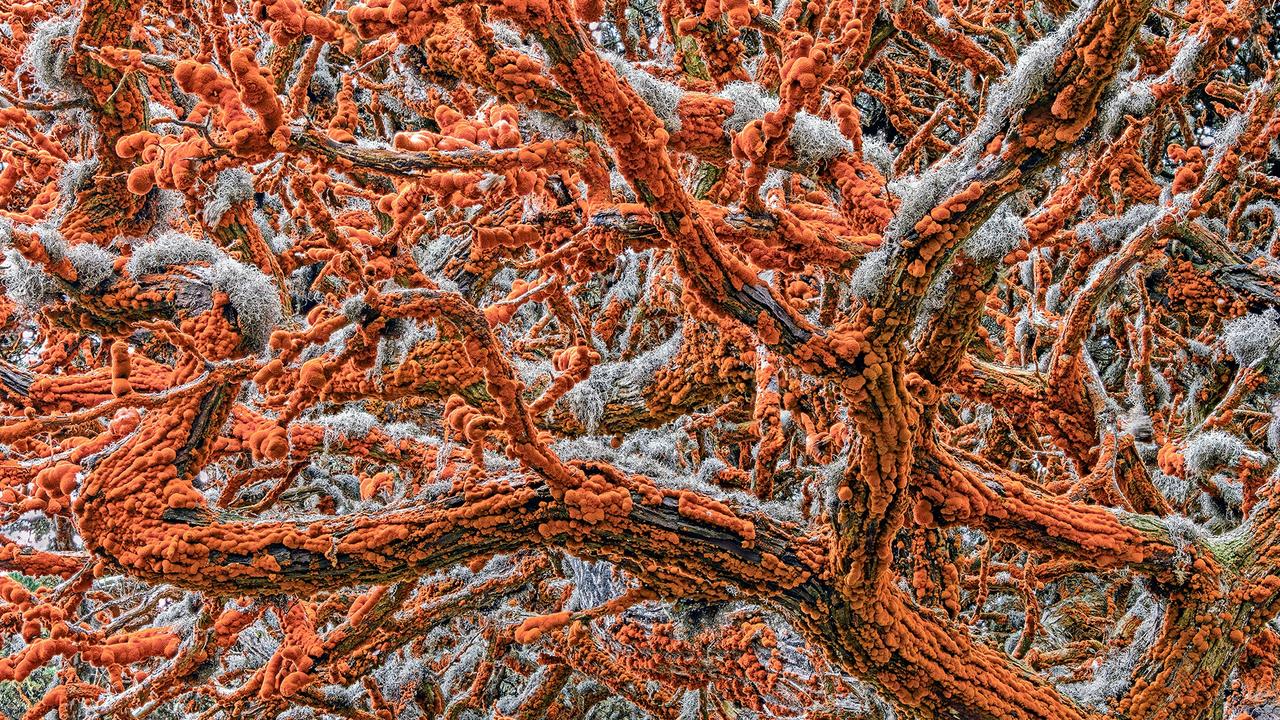 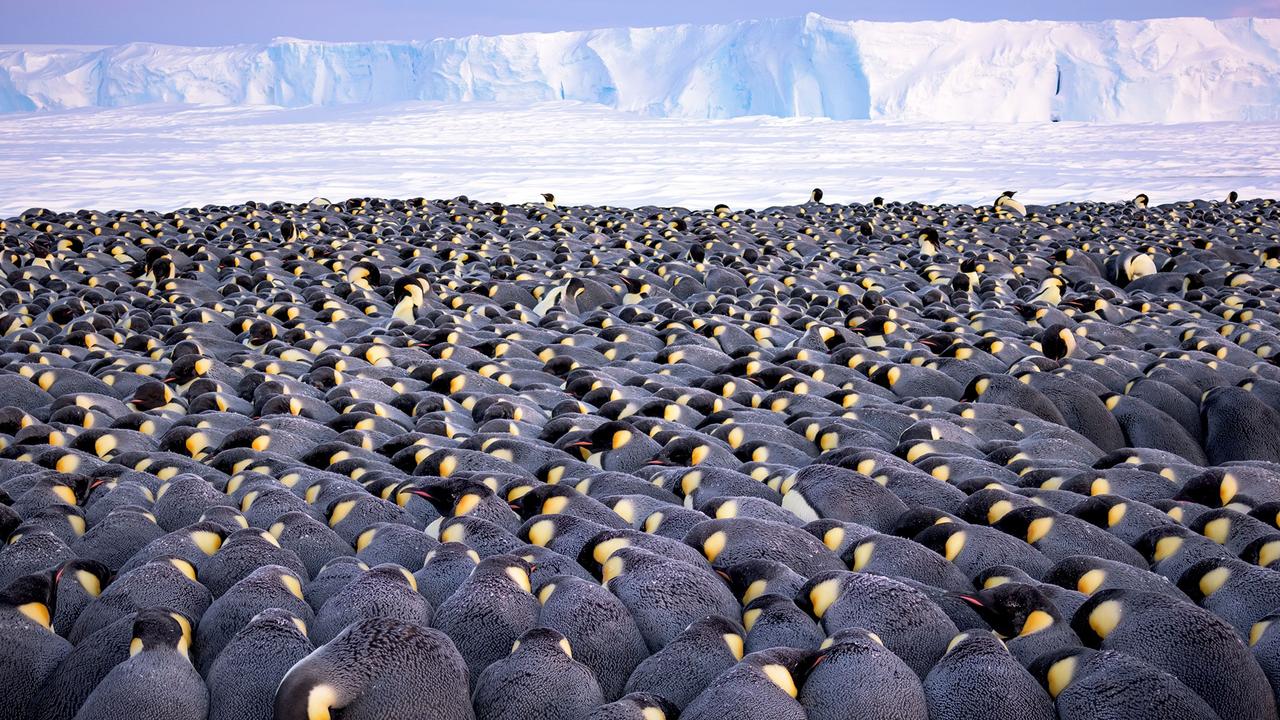 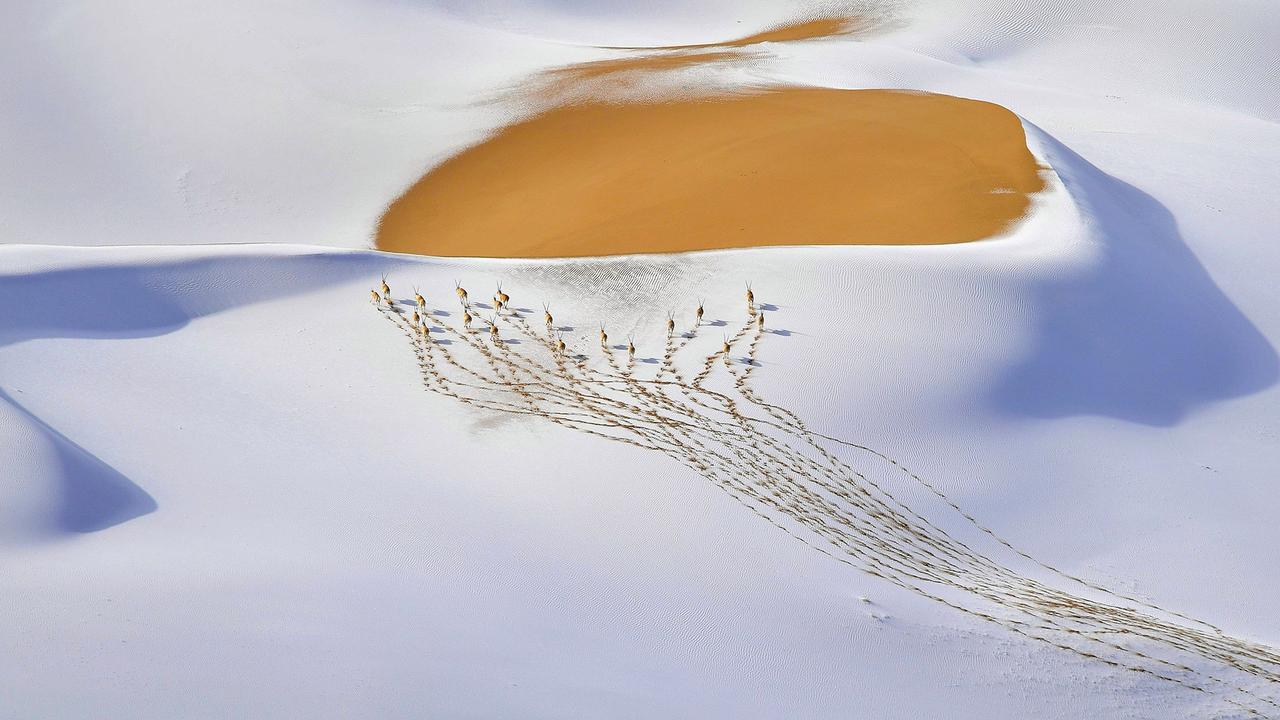 Snow-plateau Nomads, by Shangzhen Fan, is the winner of the Animals in Their Environment category. Fan was born in a remote village in Guinan County of Qinghai Province, China. His main focus is wild animals and he has been photographing wildlife for a decade. Picture: Shangzhen Fan/Wildlife Photographer of the Year 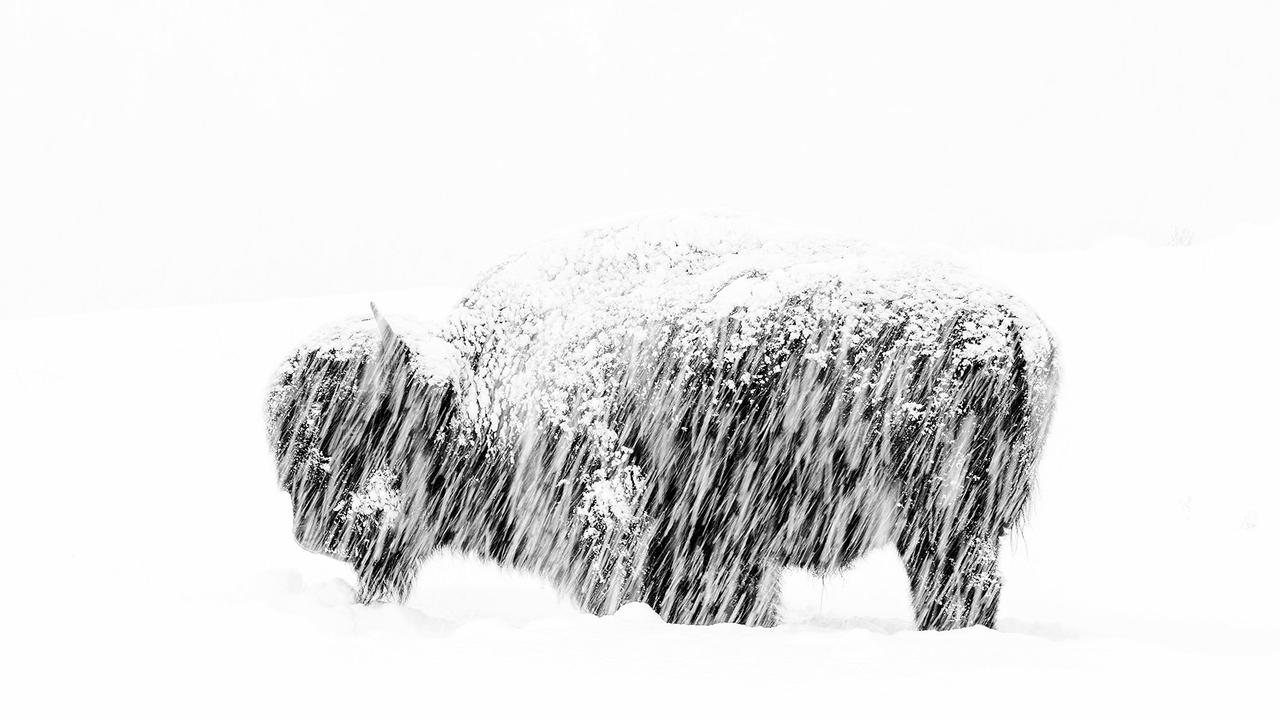 Snow Exposure, which shows a bison in Yellowstone Park, is the winner of the Black and White category. Picture: Max Waugh/Wildlife Photographer of the Year

CLASSROOM ACTIVITIES
1. If photographs could speak!
These photos capture a fleeting moment in nature, a moment that would have passed unnoticed except for these talented photographers being in the right place at the right time.

Imagine that these animals all had something to say. Use your imagination to come up with a funny caption for each of these photos, showing what was being said or thought. You could caption them in mid conversation (when there are more than two animals pictured) or with a thought bubble (if there is only one animal).

Try to come up with something amusing that might have been said, it does not have to be realistic.

2. Extension
The Tibetan fox and Marmot are two species considered ‘key to the ecology’ of the high grassland plains. Find out more about one of these species and complete a short fact file about it.

In your fact file include:

HAVE YOUR SAY: Which is your favourite photograph? Why?
No one-word answers. Use full sentences to explain your thinking. No comments will be published until approved by editors.