There are frequent news and scientific reports of massive jellyfish blooms all around the world, including an incredible population explosion along the coast of Queensland in January this year that forced authorities* to close beaches.

Swimmers reported thousands of stings at Queensland beaches in the first week of January alone.

The reported global population explosion is in contrast with prospects for many other species.

Up to one million of Earth’s estimated eight million plant, insect and animal species are at risk of extinction — many within decades, according to the United Nations Global Assessment released in May.

Many scientists believe the good times for jellyfish could be because they are taking advantage of warming ocean water and are filling the gap in ecosystems* left by declining populations of other marine species due in part to pollution and overfishing.

Some, but certainly not all, jellyfish species can be dangerous. So, as many of us look forward to a trip to the beach over the holidays, it’s a good time to learn more about these fascinating creatures. 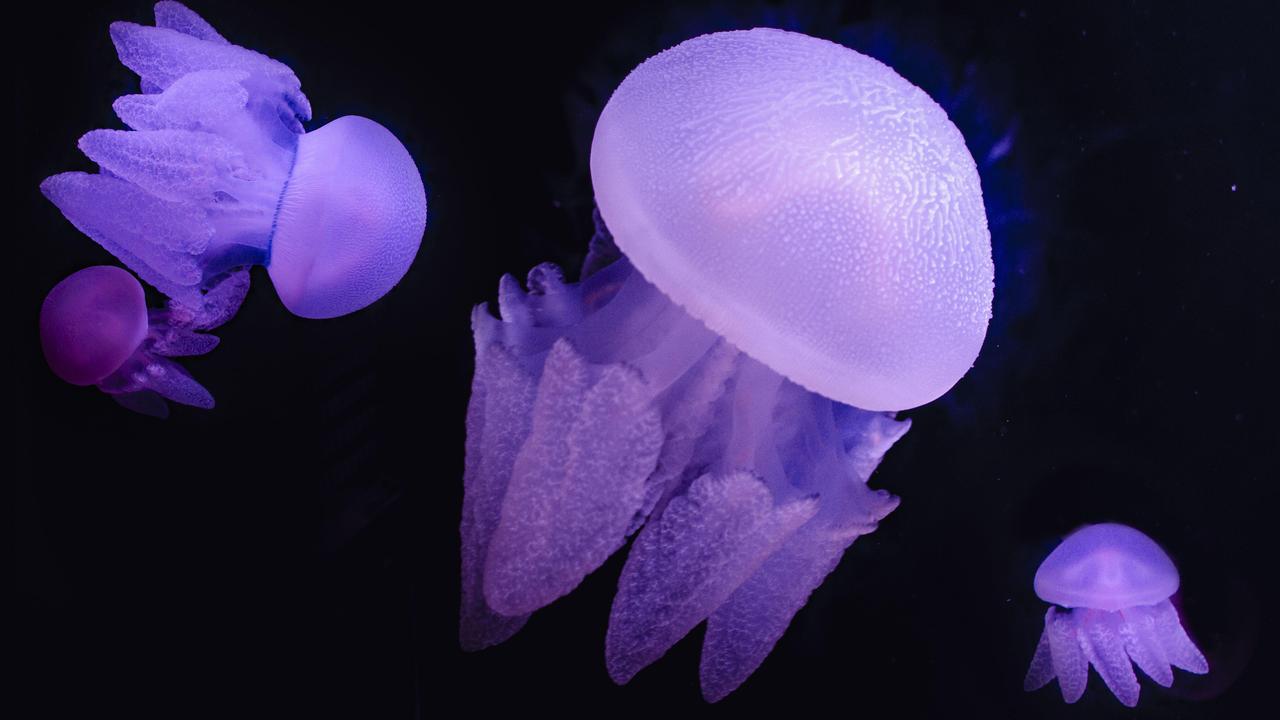 Jellyfish expert Jarvis Aland from Sea Life Melbourne Aquarium in Victoria is preparing for the opening of a special exhibition about jellyfish, called Ocean Invaders.

He has put together the 10 things he finds most fascinating about jellyfish so we all know what we’re looking at ahead of a trip to the beach or an aquarium.

VIDEO: Jarvis Aland talks about the exhibition Ocean Invaders he is helping prepare for at Sea Life Melbourne Aquarium.

1. Jellyfish have been living in our oceans for at least 500 million years, which means they have been around roughly twice as long as the earliest bony fish and insects.

3. One word for a group of jellyfish is a bloom.

4. The name jellyfish isn’t actually correct. They are not technically fish but Cnidarians, which is the same family as corals and sea anemones.

5. A jellyfish is made of two simple parts: the bell (main body which contains the digestive and reproductive systems) and stinging tentacles. 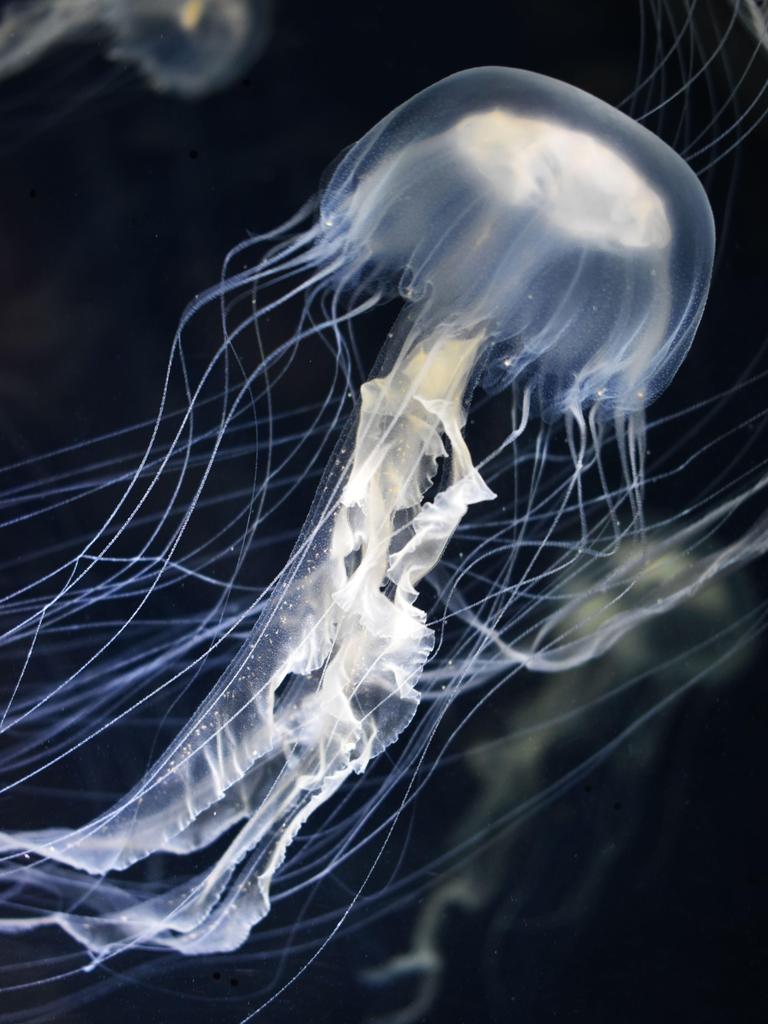 Sea nettles, a type of jellyfish. You can clearly see the bell at the top and the tentacles trailing from the bell. Picture: Sea Life

6. The diameter* of a jellyfish’s bell can range in size from around 1mm to nearly 2m! 8. To catch their prey jellyfish use tentacles armed with special stinging cells called nematocysts. When a jellyfish’s tentacle comes into contact with its prey, it triggers millions of nematocysts to fire out little harpoon-like structures that pierce the skin and inject venom.

9. There are hundreds of species of jellyfish but only 70 can actually sting humans. There are some species, such as the box jellyfish and Irukandji jellyfish, that can kill a human.

10. Jellyfish populations in the ocean have been increasing over recent years and many scientists believe this is due to rising water temperatures and human impacts due to overfishing. It could be that jellyfish are filling ecological niches left open by species being overfished.

VIDEO: Jellyfish look incredible when you can see them swimming

CLASSROOM ACTIVITIES
1. Ask the expert
If you could ask Jarvis Aland two questions about jellyfish not covered in his 10 fascinating facts, what would you ask him?

Write at least two questions for him.

2. Extension
Do you think the government should try to reduce jellyfish numbers? Write arguments or reasons for and against.

HAVE YOUR SAY: What is your favourite kind of jellyfish to look at?
No one-word answers. Use full sentences to explain your thinking. No comments will be published until approved by editors.