Tassie devils back from the brink in the wild Tasmanian devil numbers in the Tasmanian bush have declined by about two-thirds but the future is looking brighter for the much-loved marsupial. Picture: Aussie Ark

The population of Tasmanian devils in the wild has declined by about two-thirds since a deadly facial tumour* disease emerged but the immediate outlook for the much-loved marsupial* remains positive, a new study has found.

Research published this week in the journal Ecology Letters estimates there are about 17,000 devils left in the wild, compared to about 53,000 in 1996 when the disease was discovered.

Wildlife ecologist Dr Calum Cunningham, from the University of Tasmania’s School of Natural Sciences, said the study tracked changes in the devil population over the past 35 years, examining data from field work and trapping surveys.

“It’s a pretty massive population decline we’ve seen over the last 25 years but compared to what we thought 10 years ago, the outlook for the devil is definitely more positive.” 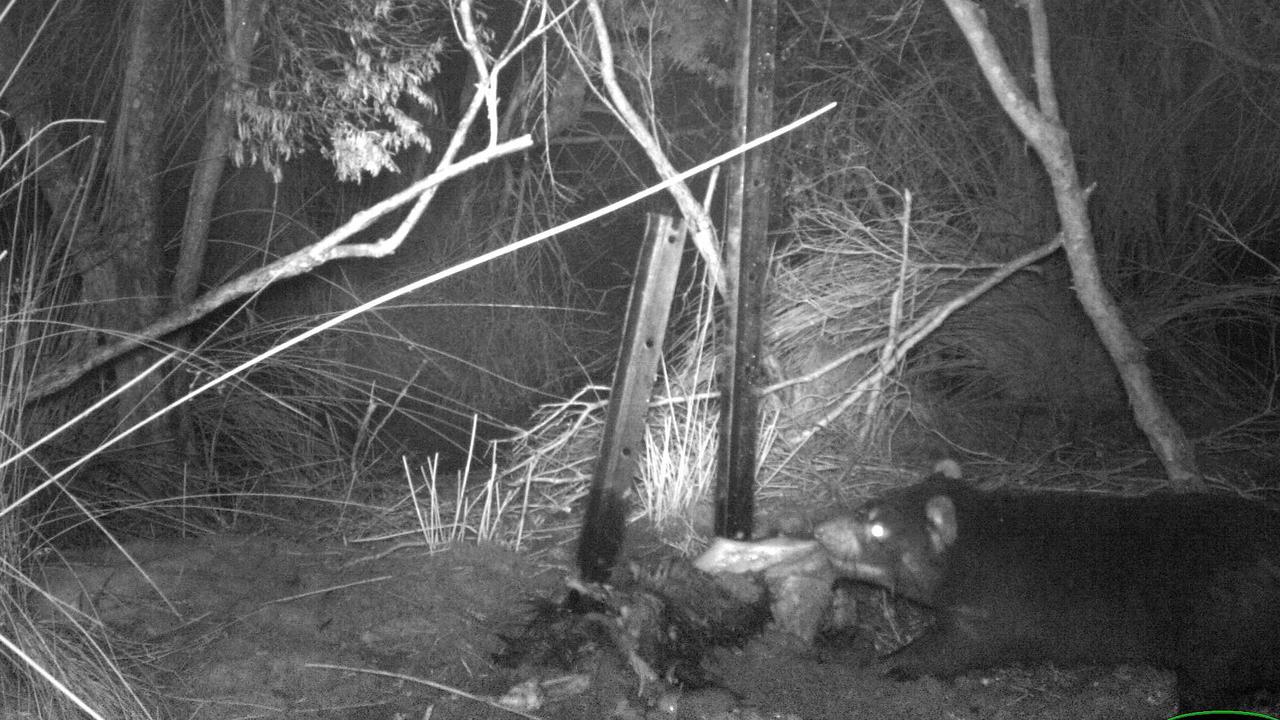 Night vision of a Tasmanian devil in the wild, taken during the study by the University of Tasmania. Picture: Calum Cunningham

Dr Cunningham, who was part of the study, said about 13,000 devils were forecast to be living in the wild by 2035.

“We no longer think the devil is at a short-term risk of extinction*,” Dr Cunningham said.

“The devils have proven themselves to be very resilient* and they are hanging in there right across Tasmania.”

Devil facial tumour disease (DFTD) is a cancer that is spreading among Tasmanian devil populations. It causes small sores or lumps in and around the devil’s mouth. These quickly develop into large tumours on the face and neck. Once the cancer becomes visible, it is almost always fatal*. 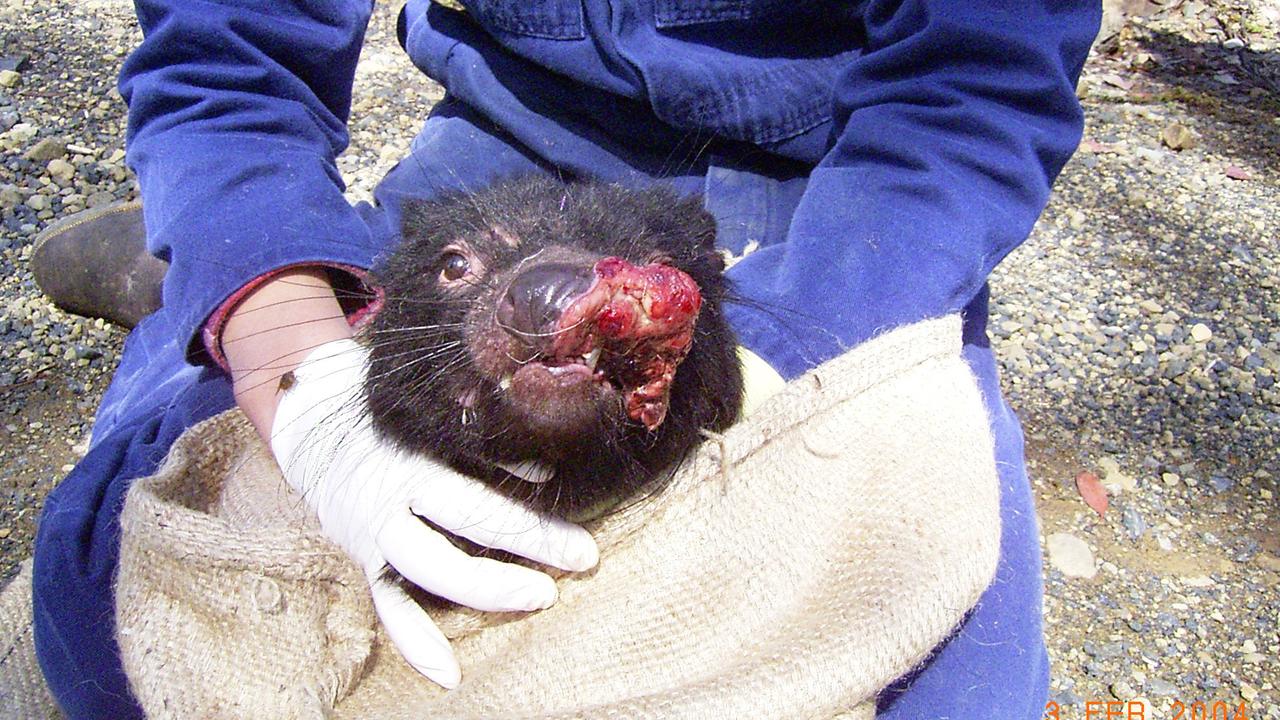 The study found devils were most abundant* in the state’s east, while the only populations free of the disease were believed to be in Tasmania’s far northwest.

Dr Cunningham said stopping the other causes of mortality*, such as devils being killed on the roads, should be a priority.

“It’s probably the second biggest cause of devil deaths and that’s something we can really do to improve the outlook for devils,” he said.

“Longer-term, devils are showing some glimmers of hope, they seem to be rapidly evolving* their capacity to tolerate* the disease or to even beat the disease.

“Recovering the devil is very important from both the perspective of the devil but also because of the ecological* role it plays in Tasmania.

“Some of our research has shown devils do quite a good job of reducing cat numbers and removing carrion (decaying flesh of dead animals).

“Any conservation effort of devils is not just for devils but for the good of the ecosystem.” These two Tasmanian devils were part of a captive breeding project at the Tasmanian Devil Conservation Park in Taranna. Picture: AFP

CLASSROOM ACTIVITIES
1. Reducing Road Deaths
Work with a classmate and formulate three ideas for how to reduce the number of Tassie Devils getting hit and killed on the roads. Outline what each idea requires and how it will help prevent road deaths.

2. Extension
Explain why you think Tassie devils are most abundant in the east of Tasmania, but the disease-free population seemed to be Tasmania’s far northwest?

Why is keeping the numbers of Tassie Devils up important for the ecosystem?