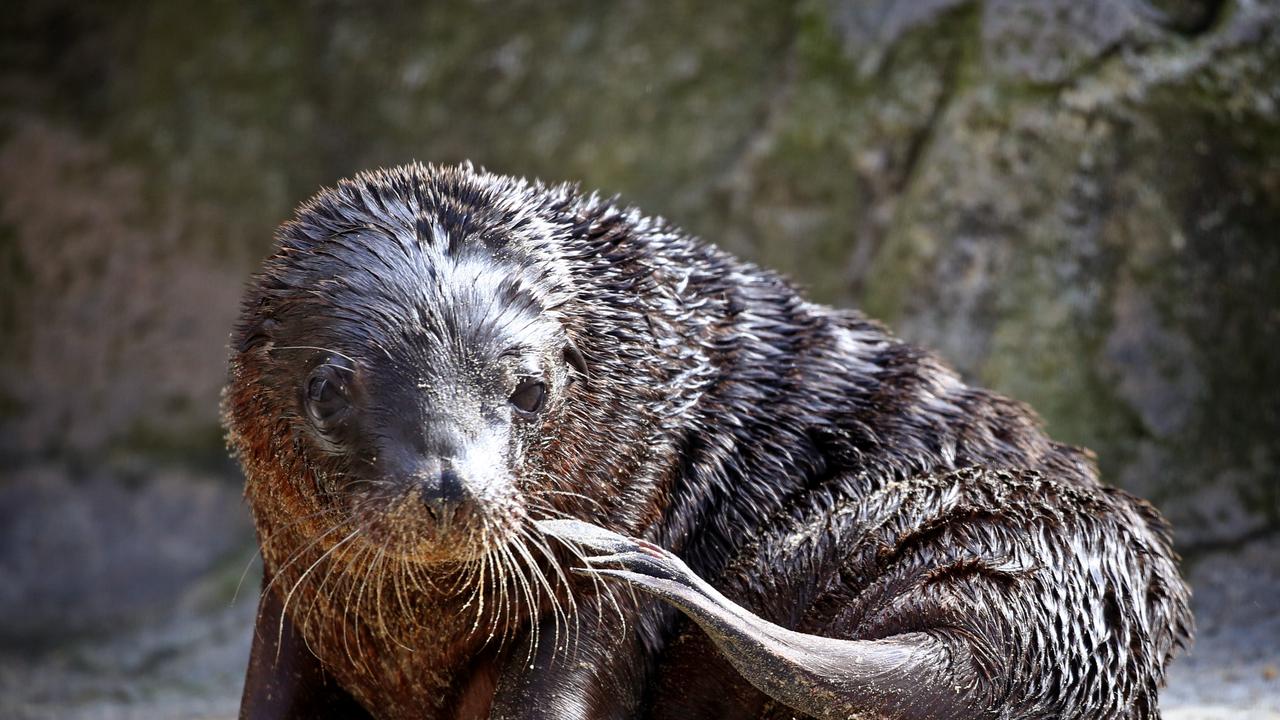 Taronga Zoo welcomes the arrival of a female Australian sea-lion pup getting used to the surroundings before being introduced to the public. Picture: Toby Zerna

Zookeepers need your help to name a cute and playful endangered Australian sea-lion pup who made her first public splash at Taronga Zoo Sydney this week.

The female Australian sea-lion pup was born during the early morning of July 30 to experienced mother Nala and father Charlie. This is Nala and Charlie’s second pup together, following the birth of Torre, a male, in late 2018.

“Weighing in at only 7kg at birth, the little pup has increased not only in weight but has shown a massive increase in confidence over the past week. She is now constantly swimming and playing in the water, which is the type of progress we would like to see at this age,” said Marine Mammals Unit Supervisor Brad McKenzie.

“We are thrilled that she is going to be out on display these spring school holidays. At the moment she is learning to vocalise* and although I may be biased*, but it is probably one of most adorable sounds ever!” he said. 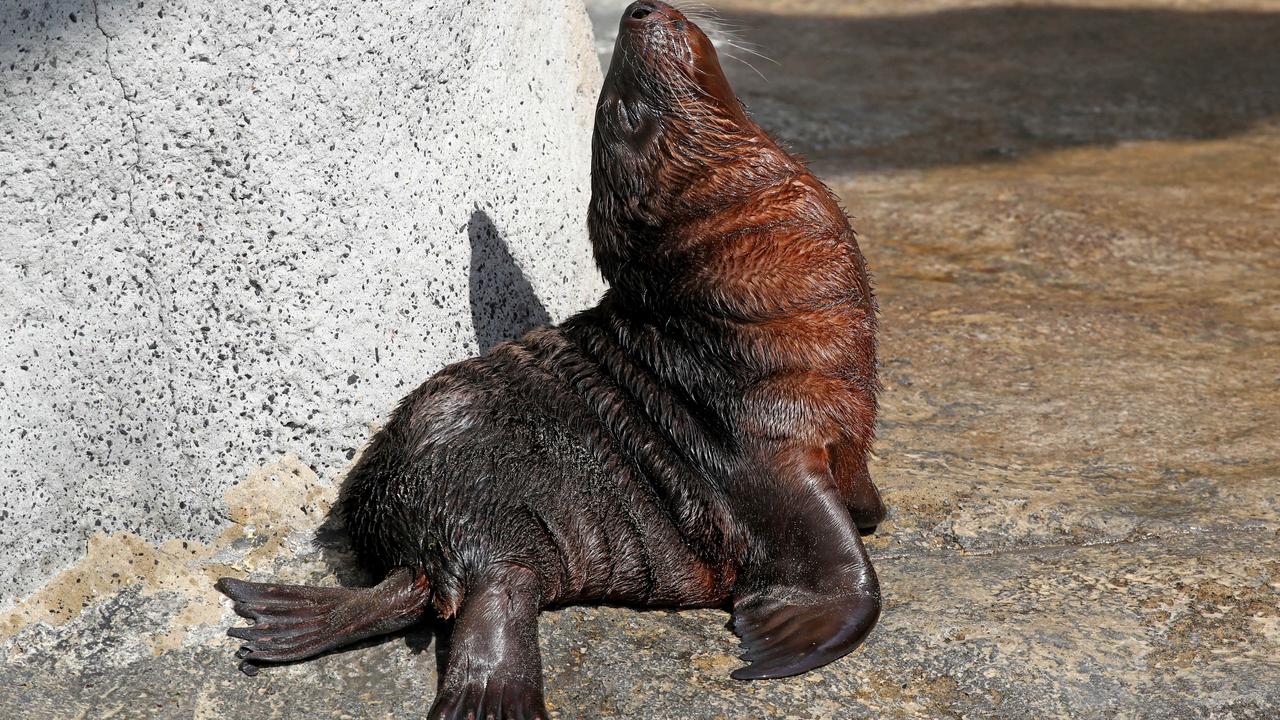 Though all births at zoos are important and special, the birth of this sea-lion pup is wonderful news for this endangered native marine species, the numbers of which continue to decline in the wild. Fewer than 25 pups are born in the wild each year.

Threats to the species include increasingly isolated populations, overfishing and entanglement* in fishing debris* such as nets and lines.

NAME THE PUP
The zoo is running a competition to name Nala and Charlie’s pup.

The public will get to choose from two names:

Amalie, which is a tribute to the pup’s late* grandfather and Nala’s father Mallie; or

Kailani, which is of Hawaiian origin and translates to sea and sky.

The entry with the most meaningful reason behind their name selection will win a family pass to Taronga and a seal encounter and meet and greet with one of Taronga’s Marine Mammal Keepers. The competition closes on September 29 at 5pm.

ABOUT AUSTRALIAN SEA-LIONS
Australian sea-lions are a type of seal that was once hunted for fur.

They only live in Australian waters — along the Western Australian and South Australian coast — where there are estimated to be only 9900 to 12,500.

The species is classed as endangered on the IUCN’s Red List and regarded as vulnerable under Australian law.

Females only breed where they were born.

There are only 66 known breeding colonies, each of which is genetically distinct from neighbouring colonies and other populations.

Every sea-lion is very important for the survival of the species. The death of even a single female can have a negative impact on a colony’s survival, especially if the colony has a very low population. 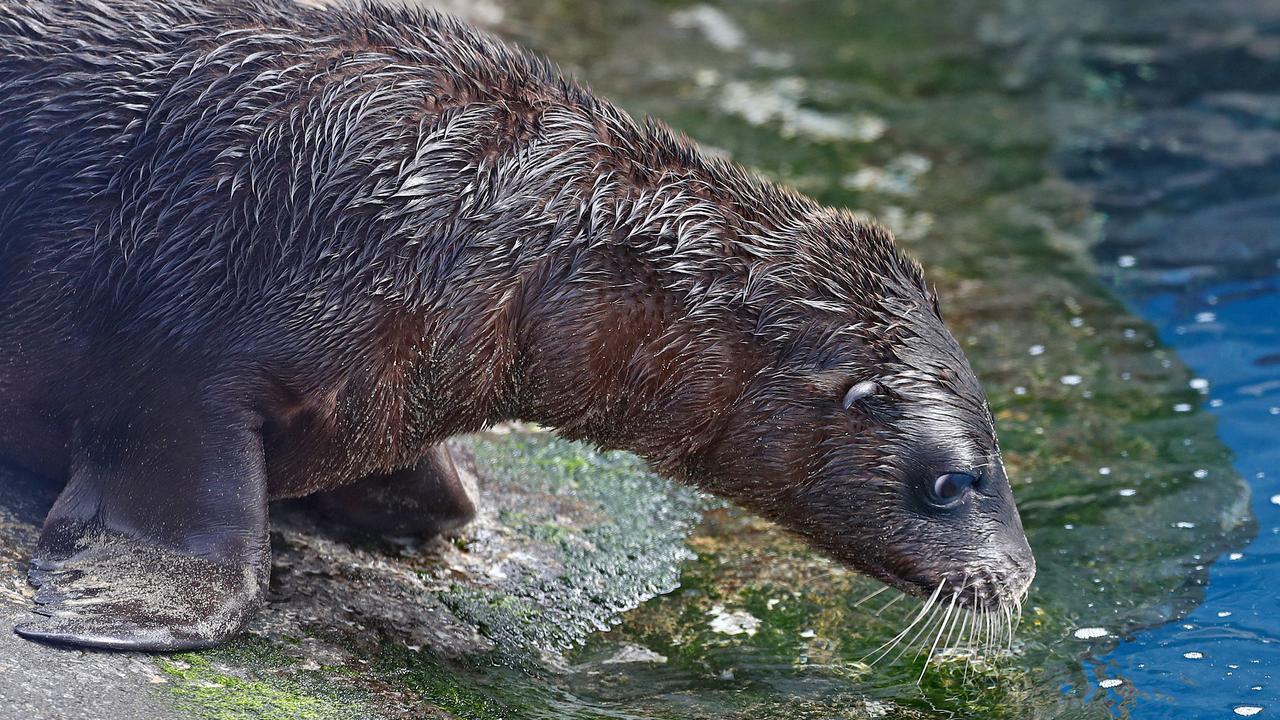 The pup is now constantly swimming and playing in the water, which tells her keepers that she is developing as expected. Picture: Toby Zerna

CLASSROOM ACTIVITIES
1. Sea-Lion Names
As you read in the article, Taronga Zoo is having a competition where the public can vote for one of two names they’ve come up with. Come up with your own two names for this sea-lion pup and write the meaning behind each one. Some things to consider when thinking of names could be:

Share your sea-lion names with the class and vote on your favourite.

2. Extension
After watching the video of this sea-lion playing, give some reasons of where you think they got the name ‘sea-lion’.

How could you help this species from becoming further endangered?

HAVE YOUR SAY: What would you name the sea lion pup?
No one-word answers. Use full sentences to explain your thinking. No comments will be published until approved by editors.