Australia’s own ‘Spider-Man’ has identified seven new species of the fancy-looking, dancing invertebrate*, the peacock spider.

Museum Victoria’s Joseph Schubert announced his findings and described the spiders in a research paper published in the journal Zootaxa this week, bringing the total number of species within the Maratus genus* to 85.

The tiny, vividly coloured Maratus spiders are unique to Australia and are famous on the internet, where videos of their elaborate courtship* dances with added music have been watched millions of times.

Though he is just 22 years old, Mr Schubert has now described a total of 12 species of peacock spiders, having previously described five in 2019.

Despite growing up terrified of spiders, he became fascinated by them over time and has already proven himself a world leader in Maratus research.

In his previous research, Mr Schubert was sent specimens* to identify by a group of citizen scientists called Project Maratus.

“Someone would send me a picture and I’d think ‘oh wow, that could be a new species!’” he said.

Thanks to funding from Bush Blitz Australia* and Museums Victoria, he was able to travel to the Little Desert in western Victoria and to Western Australia.

Maratus azureus, Maratus constellatus, Maratus laurenae, Maratus noggerup, and Maratus suae are the new five species out of WA, while Maratus volpei was identified from South Australia, and Maratus inaquosus from Victoria.

Naming inspiration for each spider comes from its colour, location, or in honour of the people who discovered the species or have supported him throughout his research.

“Some of the species in this paper were discovered by citizen scientists who documented the localities and sent images to me – their help is so important for this kind of research,” he said.

As with previous described species of Maratus, images show males of the new species have remarkable iridescent* colours and patterns on their abdomens, an identifying feature of peacock spiders used in their courtship displays.

‘I would have to say Maratus constellatus is my favourite by far – it’s such a nice looking species, the pattern reminds me of The Starry Night by van Gogh. Plus I travelled a very, very long way to find it!’ 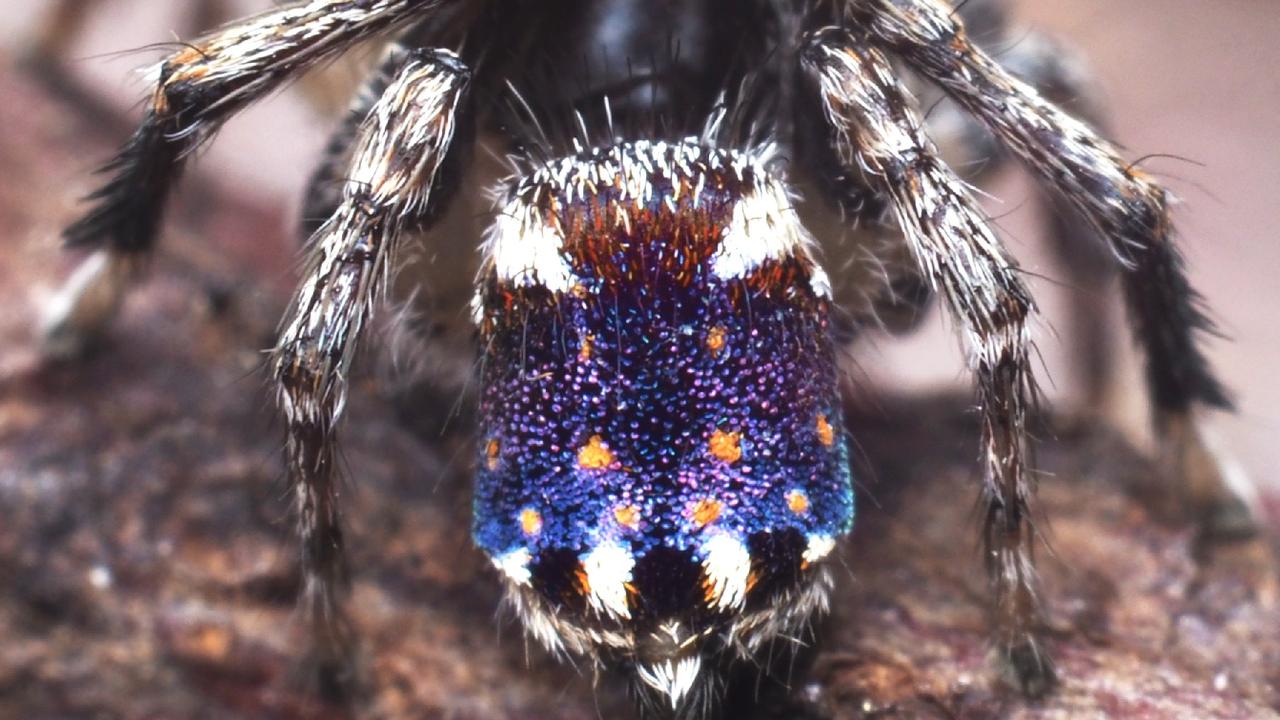 Mr Schubert believes this is just the start of an ever-growing list of new discoveries about these spiders.

“I don’t think we are anywhere near done yet, considering how many species have only recently been discovered and how many sites are yet to be explored – I’m still actively on the hunt for new species of peacock spider!” 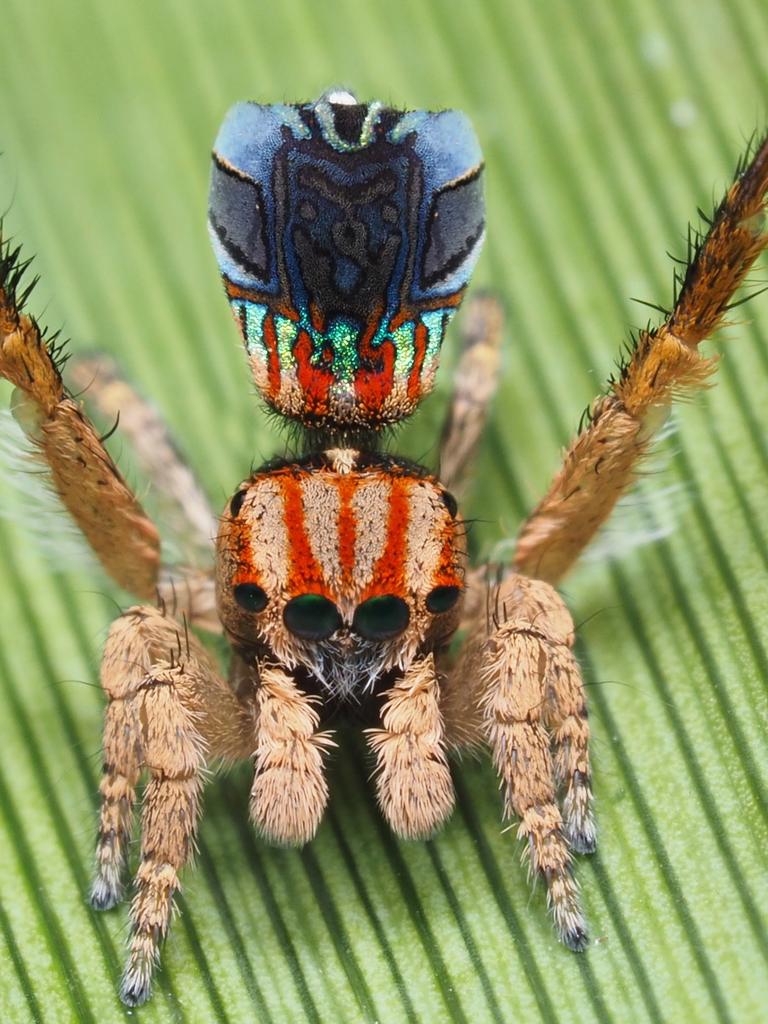 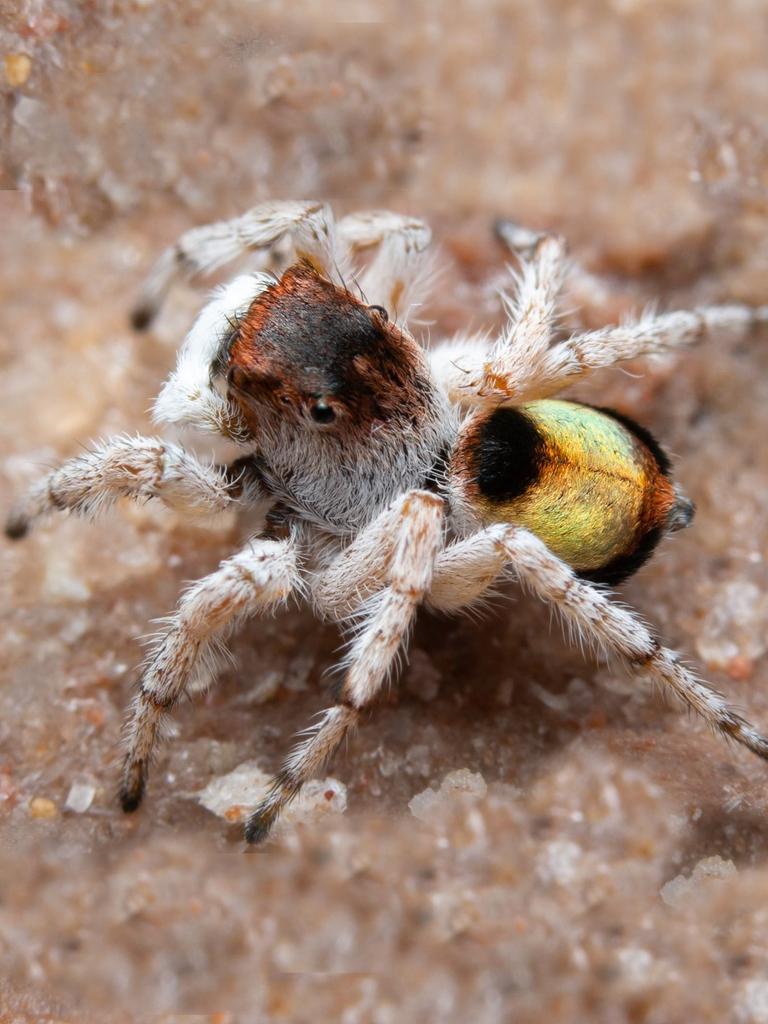 CLASSROOM ACTIVITIES
1. Be Inspired
Create an artwork inspired by the amazing peacock spider.

2. Extension
Although Joseph Shubert was terrified of spiders, he is now an expert on them. Imagine that you are Joseph. You have been invited to make a YouTube video or podcast for kids on “Facing Your Fears”. Write the script for your video or podcast.

HAVE YOUR SAY: What sort of new species would you like to discover?
No one-word answers. Use full sentences to explain your thinking. No comments will be published until approved by editors.