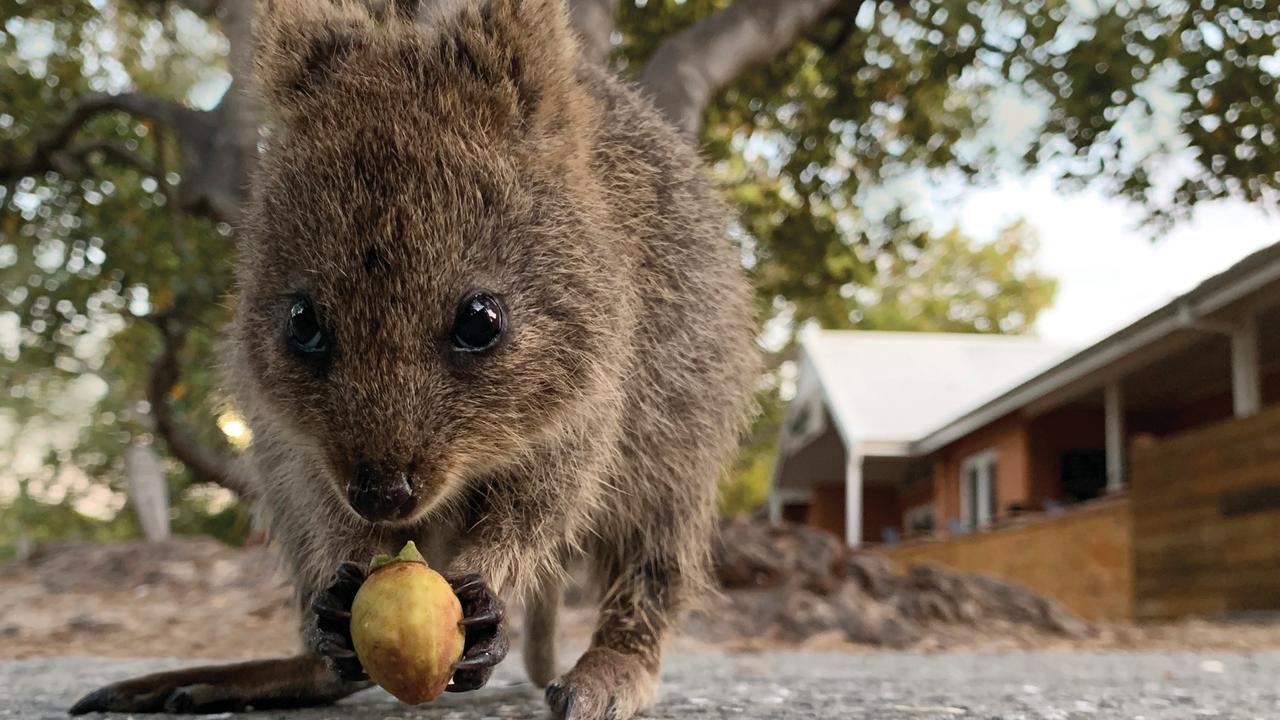 This photograph is matched in the book with this quote from Russian writer Maxim Gorky: “Happiness always looks small while you hold it in your hands, but let it go, and you learn at once how big and precious it is.” Picture: Alex Cearns

Quokkas are the happiest creatures on Earth, according to animal photographer Alex Cearns.

She should know — she spent months getting up close with the cuddly critters for her new book, The Quokka’s Guide To Happiness.

The former police officer and crime analyst* has matched cute and funny photos of the marsupials in their natural habitat on Rottnest Island, off the WA coast, with stirring* quotes from great thinkers and writers from human history. 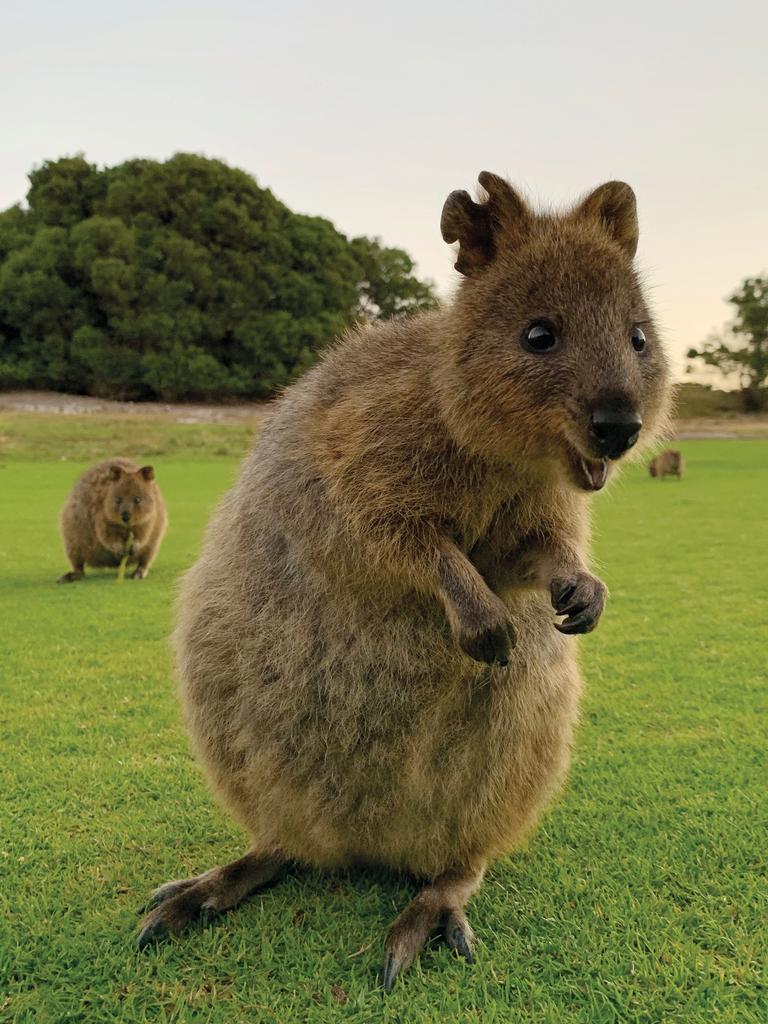 This photo is paired with the following quote from mathematician and physicist Albert Einstein: “Life is like riding a bicycle. To keep your balance you must keep moving.” Picture: Alex Cearns 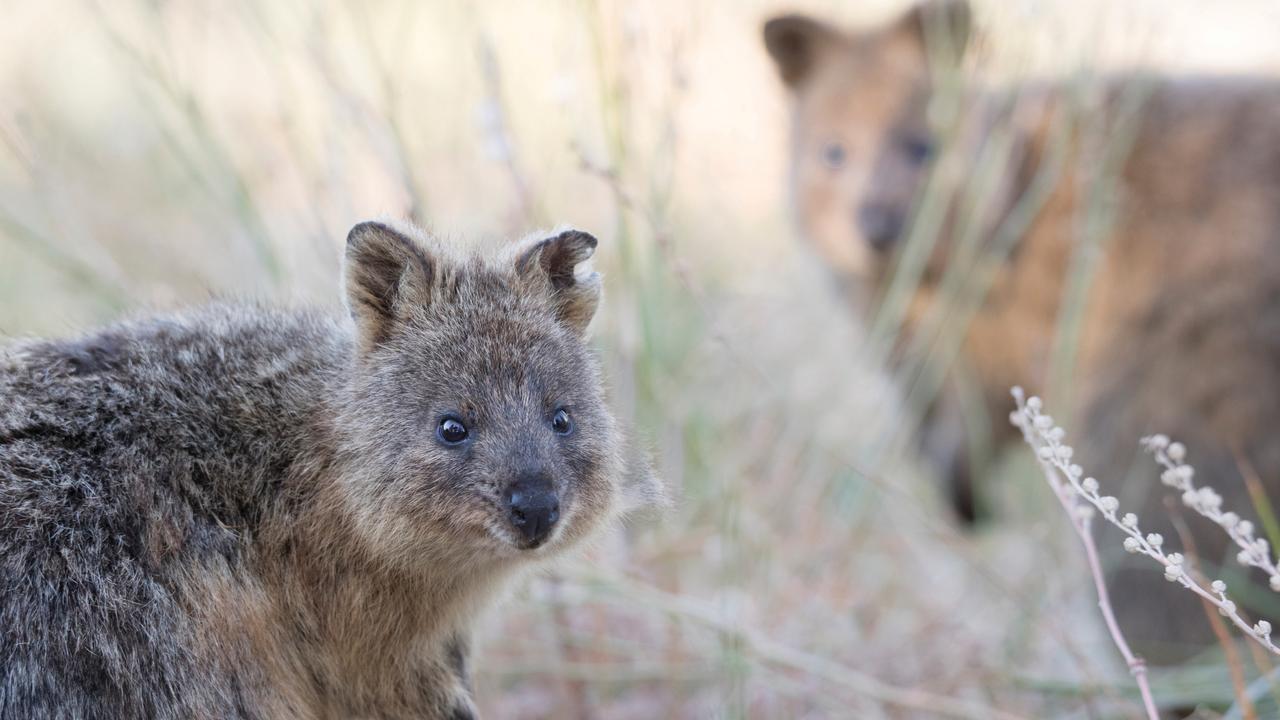 “The better part of one’s life consists of his friendships.” This quote from former US president Abraham Lincoln is matched with this photograph of two quokkas. Picture: Alex Cearns

Cearns’ picture book, released this month by HarperCollins and ABC Books, also contains plenty of facts about quokkas, including: 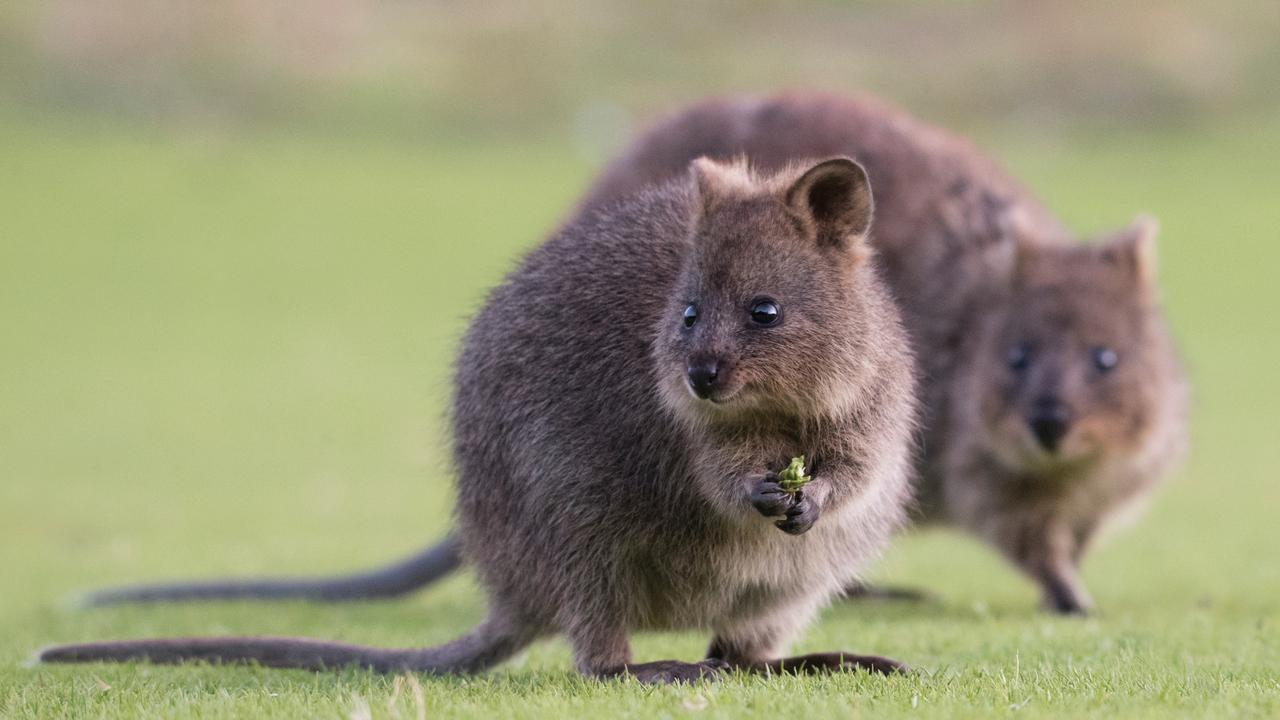 This photo is accompanied by this quote from French writer Antoine de Saint-Exupéry: “Experience tells us that love does not exist in gazing at each other but in looking together in the same direction.” Picture: Alex Cearns

Perth-based Cearns is a passionate campaigner* for wildlife and abandoned animals. She has received a Medal of the Order of Australia (OAM) for her charitable work and numerous photography awards.

“Quokkas are adorably cute, remarkably unique and very photogenic*, with their cheeky grins and loveable personalities,” she said of her furry subjects on Rottnest Island, 19km off the coast of Perth. “If it’s sanity you’re after, there’s no recipe like laughter. Laugh it off.” This quote from US writer Henry Rutherford Elliot accompanies the shot of this happy quokka. Picture: Alex Cearns. French poet Victor Hugo’s quote “Even the darkest night will end, and the sun will rise” is matched with this photograph. Picture: Alex Cearns.

“What an absolute joy it was to photograph quokkas while they (mostly) ate, played and interacted* with each other.

“Some were very friendly and would run towards me at full speed, as if we were long-lost friends.

“Others were more cautious in their approach, but as soon as I sat still, their curious natures would get the better of them and they would slowly come closer and then act like I wasn’t even there — which generally meant they got on with eating.

“It was a great privilege* to stop and sit quietly with hundreds of quokkas for hours on end and to get to know them better than I would have if I’d just taken a brief selfie with a mobile phone.” 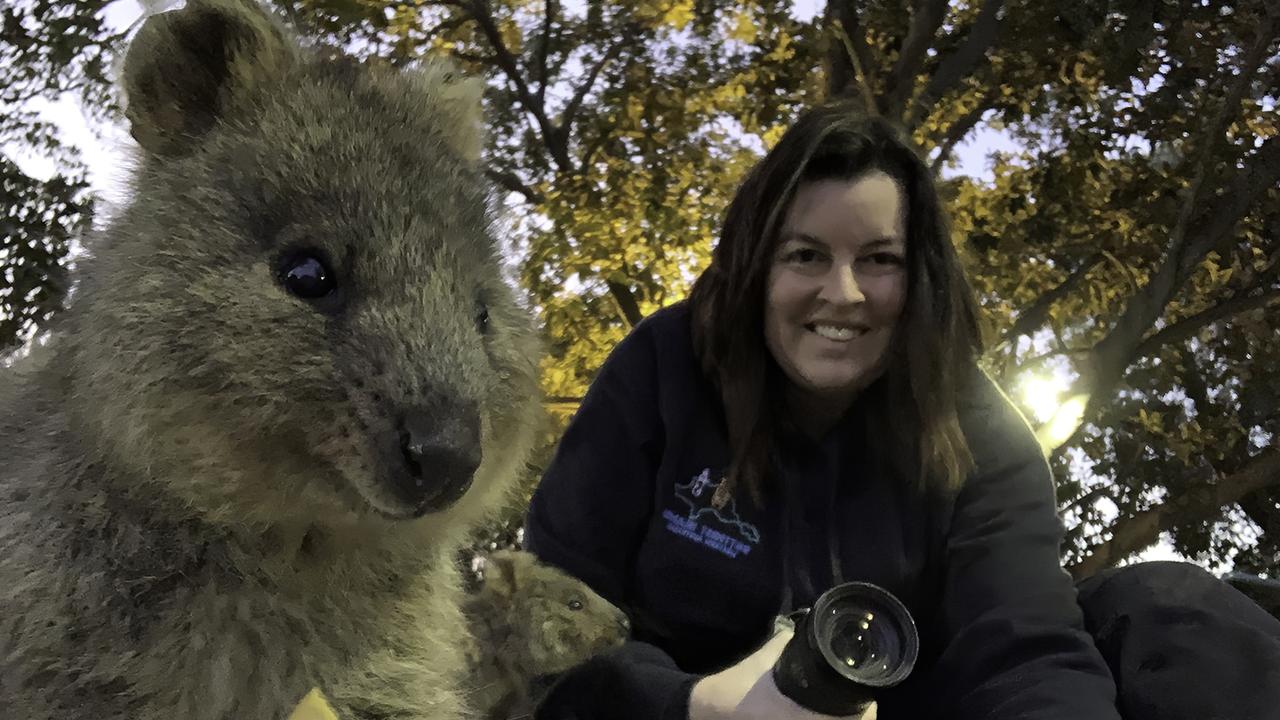 Animal photographer Alex Cearns gets up close with a quokka on Rottnest Island.

Description: Quokkas are one of the smallest wallaby species in Australia. They have thick, coarse, grey-brown fur; short, rounded fluffy ears; and a 24-31cm long tail. They grow to 40-54cm long and weigh 2.7-4.2kg.

Diet: Quokkas are herbivores* and eat native grasses and the leaves, stems and bark of a variety of plants. They prefer browsing* on new, young growth.

In the wild: On Rottnest Island, quokkas appear to live in territories with the areas defended by dominant* males. In other areas, quokkas live in larger, overlapping territories in groups of 25-150 adults. Quokkas shelter in dense* vegetation during the day and create their own pathways for feeding or escaping predators.

Threats: Quokkas were once abundant* on the Australian mainland but with the arrival of dingoes about 3500 years ago and then foxes in the late 1800s (neither of which reached Rottnest Island) their numbers were drastically reduced. Today they are showing signs of recovery on the mainland thanks to efforts to protect them from predators like foxes and feral cats. The Quokka’s Guide to Happiness by Alex Cearns.

CLASSROOM ACTIVITIES
1. Book proposal
Wouldn’t you love to spend time taking photographs of amazing animals and then turning it into a book? Create a proposal for your own animal photography book. Your proposal should include:

2. Extension
Create a “fact profile” like the one at the end of this news story, for the animal (or one of the animals) in your book proposal.