RODENTS do get some bad press but a newly discovered species of rat may turn things around.

The new rat has been awarded a place in the 2017 top 10 list of previously unknown species.

Experts estimate that less than a quarter of Earth’s flora* and fauna* species have been identified and this discovery was made from the work of local and international scientists.

The omnivorous* Slender Rat was discovered on Sulawesi Island in Indonesia by Museums Victoria mammalogist Dr Kevin Rowe and his US and Indonesian team, helped by local Rantepangko villagers.

Selected from 18,000 species of animals and plants discovered across the world in the past 12 months, the Slender Rat was included on the College of Environmental Science and Forestry’s Top 10 New Species for 2017 “not so much for its rattiness but for the evolutionary story it tells and the conservation message,” Dr Rowe said.

The pristine* rainforest and isolation of mountainous Sulawesi, north of Australia, has proven a treasure trove for researchers discovering new species. 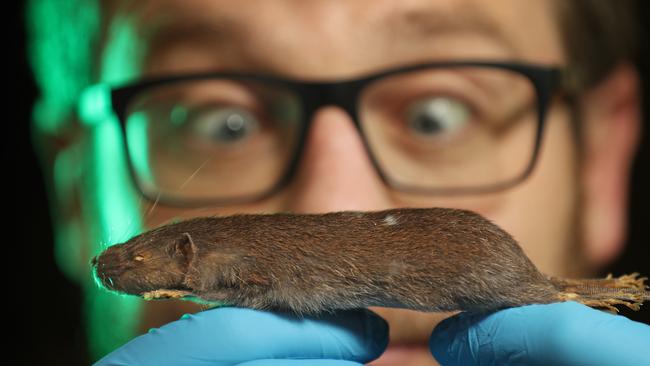 Together with the indigenous peoples’ tradition of not farming or clearing land beyond a certain point at Mount Gandangdewata (which means God’s gongs, because of the unique noises coming from the peak), 24 different rats, including four new species, have been identified by Dr Rowe’s team.

Although the slender rat’s closest relative is a water rat, anatomically* they are starkly different, one evolved for swimming and one for life on land.

Examples of the slender rat, aka Gracilimus radix, are on display at Museums Victoria until July 6. 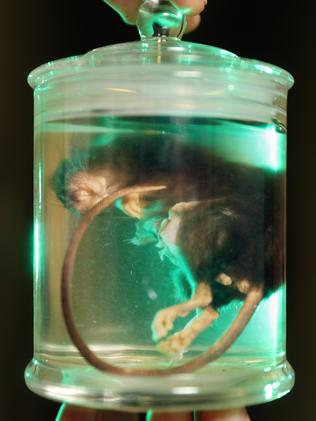 greater attention to Sulawesi’s amazing but threatened forests, which are home to many

Answer the following questions using a short paragraph. You will need information from the article as well as some prior knowledge and/or some further research.

• What species has made the 2017 top 10 list of previously unknown species?

• Why are the Sulawesi island rainforests a ‘treasure trove’ for researchers?

• Why was the Slender Rat selected for the list, ahead of 18,000 other species?

Use information from the article and from further research to create a fact file on the Gracilimus radix (Slender Rat).

Include the species name, physical characteristics, diet, natural habitat, any other information you can find.

Do some further research on the Sulawesi Island rainforest and choose one of the following tasks to complete.

Create a labelled diorama of the rainforest including some of the animals that can be found there. You will need to know what the landscape is like and what plants and animals are native to the island.

The following website has some information on the island.

The rats are on display at Museums Victoria for a short time.

Write a short information blurb to go in front of their enclosure so that visitors can learn about this species as well as where they came from.

Extra resources: Materials to create a diorama, further information on the Sulawesi Island

It might sound easy, but we are making this a bit harder for you.
The new name you create for this new species of rat must contain letters from its latin name Gracilimus radix.

What names can you come up with?

MEET THE LION CUBS, NAMED BY YOU