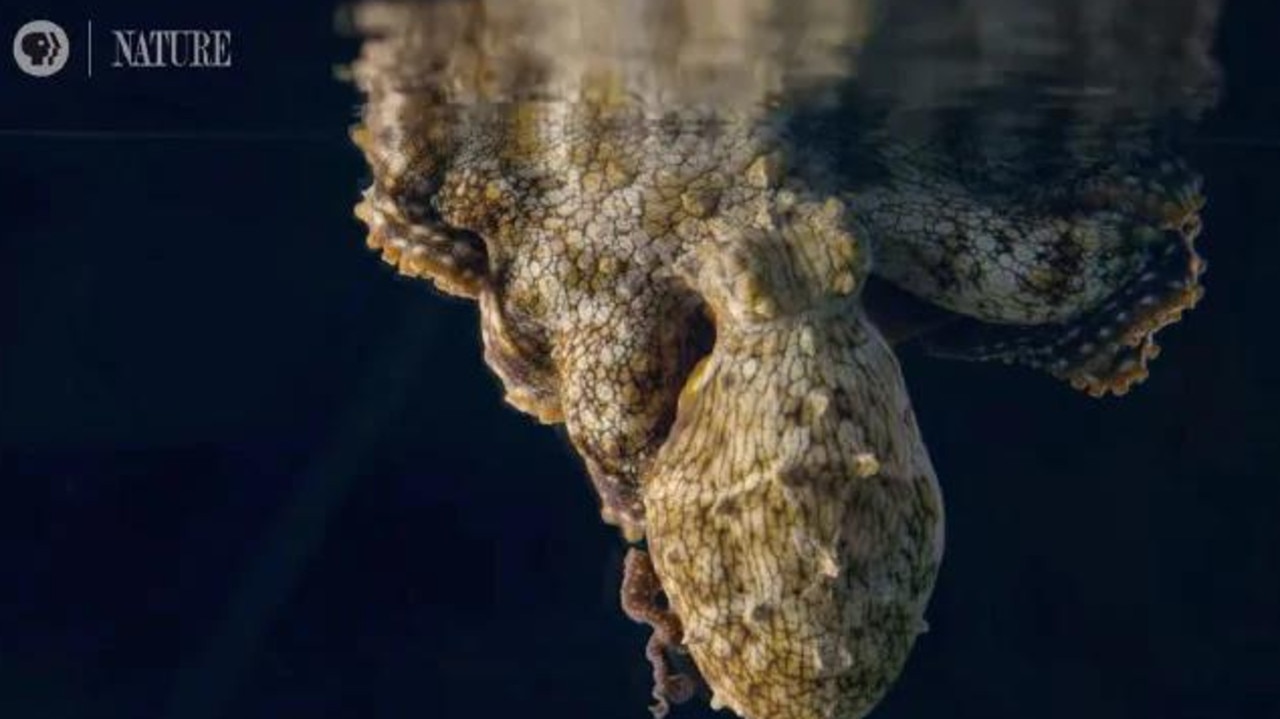 Filmmakers have recorded the dramatic* colour changes of a sleeping octopus, suggesting it is dreaming.

The film is narrated* by marine biologist Dr David Scheel and shows the octopus sleeping upside down in an aquarium.

As the octopus sleeps, it begins to change colour.

“If she is dreaming, this is a dramatic moment,” Dr Scheel said, imagining the dream the octopus may be having based on its colour changes.

“She sees a crab and her colour starts to change a little bit, then she turns all dark, octopuses will do that when they leave the bottom (of the ocean).”

The colour then dramatically changes again to a speckled pattern.

“This is a camouflage,” Dr. Scheel said “like she’s just subdued* a crab and now she’s going to sit there and eat it and she doesn’t want anyone to notice her.”

Colour-changing octopus could be dreaming (PBS)

“To see the colour come and go on her mantle* like that, just to be able to see all the different colour patterns flashing one after the other, you don’t normally see that when an animal’s sleeping.” 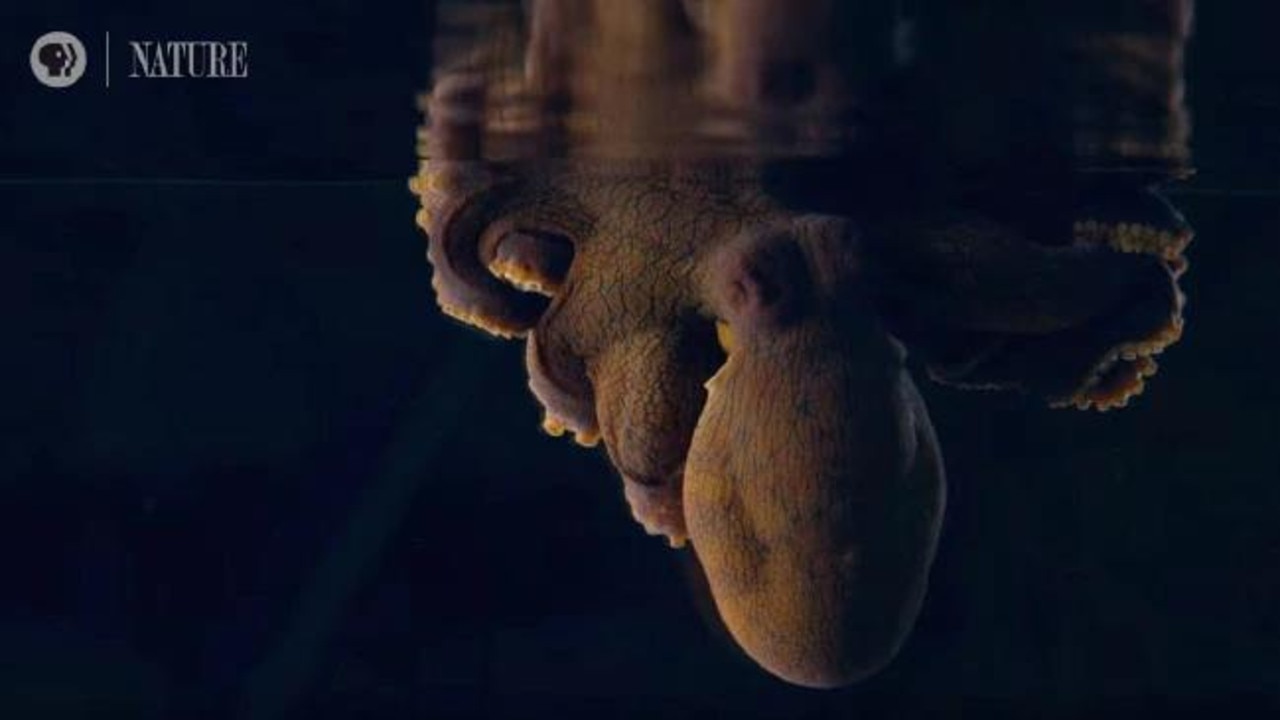 The sleeping octopus goes dark, as it would when leaving the sea floor. Picture: PBS

The film is part of a nature documentary that will screen in the US in October.

Dr Scheel described the colour change as something he’d “never seen recorded before”, though last year similar film taken in 2017 emerged showing another octopus rapidly changing colour as it slept.

Cephalopods, a family of molluscs that includes octopus and squid among others, are able to change colour, but only one animal in the family has been proven to dream.

A 2012 study found cuttlefish have rapid eye movement in their sleep, a key indicator of dreaming, and also displayed similar colour changes to the octopus in the video. 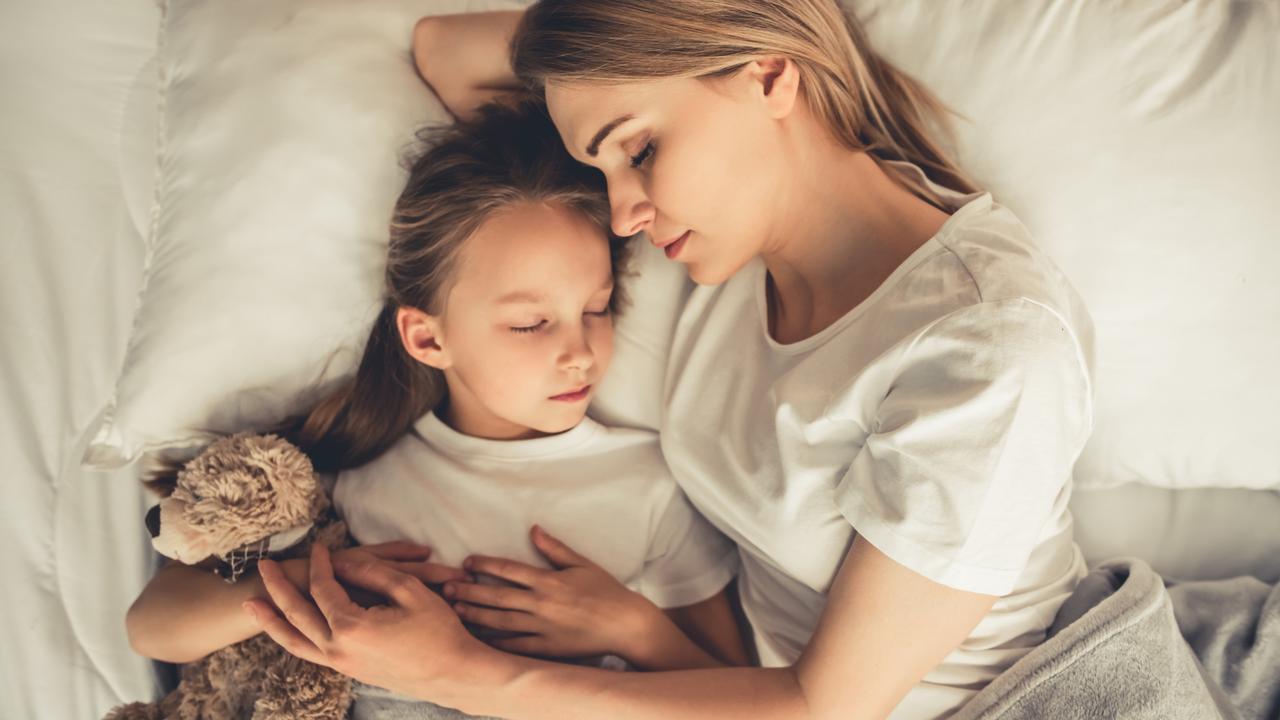 Dreams are a series of images and emotions that happen in a brain during sleep.

WHAT IS DREAMING?
Dreaming is a series of images and emotions that happen involuntarily* in a brain during sleep.

Mostly, they are disconnected or reorganised little pieces of memory: things, places, faces and situations we have already seen or experienced. They are both replays and brand new and highly creative mixtures of memories and things we know.

Children are very likely to remember their dreams clearly.

Dreams remain one of the great mysteries of science.

People have been studying dreams for thousands of years and lots of people have lots of different ideas about how and why we dream. But actually, we still know very little about them. DO DOGS DREAM?
Most scientists believe dogs do dream.

Anyone who has watched a dog’s body twitch and quiver and even growl while they sleep would probably agree.

Dogs’ brains are quite similar in structure to humans’ brains and when they sleep, the brain behaves in a similar way to a sleeping human brain.

Given all the similarities, it would be more surprising if dogs didn’t dream.

Why do we need sleep?

CLASSROOM ACTIVITIES
1. Octopus dreaming
Dreams can be amazingly creative mixtures of memories and things that we know. Have you ever had a dream that is so absurd that there is no way it would be possible? Like flying to the moon without a spaceship or having a magical power? Time doesn’t seem to play a part in the ‘story’ you create. This means, you could be dreaming for only a short time but the scenario in your dream might seem to cover a greater amount of time. Dreams can also be quite disjointed — you can go from one place/situation to another without logical explanation.

Remember, dreams are mixtures of ‘memories and things we know’, so think about what the octopus may know (you can assume it lived in its natural environment) — what has it seen, heard, experienced? What could the colour changes signify?

2. Extension
What ADVANTAGES and DISADVANTAGES can you think of for animals if they dream like humans do?

Draw up a chart and list how dreaming may help them and how it may hinder them.

For example, if an octopus changes colour while sleeping will it be vulnerable to predators? If a lion dreams it has caught lots of prey, will this help it become a fierce predator in real life?

As not a lot is known about dreaming, for this activity it is OK to pose questions of how dreaming ‘may’ affect the animals without knowing if it definitely will help or hinder them.

HAVE YOUR SAY: What is the best dream you can remember?
No one-word answers. Use full sentences to explain your thinking. No comments will be published until approved by editors.