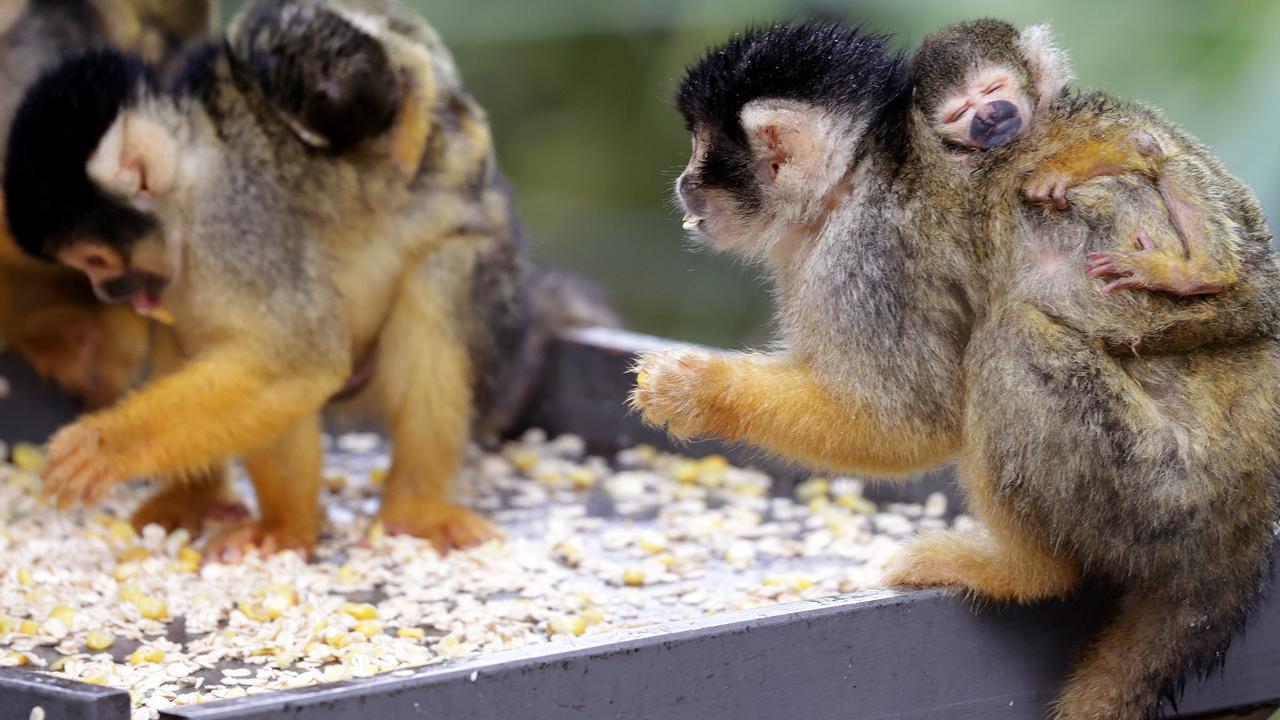 Monkey mania has descended on Taronga Zoo with the addition of six new squirrel monkeys to its growing brood*.

Six Bolivian* squirrel monkey mums have given birth to six babies, all born in close succession* over the past fortnight, the youngest arriving on March 31. The zoo’s primate keeper, Scott Brown, said all six babies were doing well and, as expected, were clinging to their mothers’ backs perfectly.

“We are so delighted to welcome these six tiny but adorable arrivals to our troop,” Mr Brown said.

“Over the next week or so, the babies will be sticking to their mums like tiny little backpacks which makes for quite a sight as their mums jump around their exhibit*.

“For the moment, guests can see the babies with their mums, but over the next couple of weeks the babies will be ready to explore around their exhibit, and when they do, they will have their seven brothers and sisters who were born just last year to show them the ropes.” In the wild, the critically endangered* species usually live in groups from 50 to 100. Spider monkeys are extremely social animals, with multiple females and their offspring all living together.

Males usually live on the edges, guarding territory and coming together for breeding*.

Ever wanted to peek inside a lion’s mouth?

CLASSROOM ACTIVITIES
1. Naming day
Nominate six names for the six new squirrel monkeys born at Taronga Zoo. Your names should have relevance to some information presented in the Kids News article. Write the names and meaning for the name below.

2. Extension
Create a family tree of the squirrel monkeys born at Taronga Zoo, showing the new total of 24 monkeys.