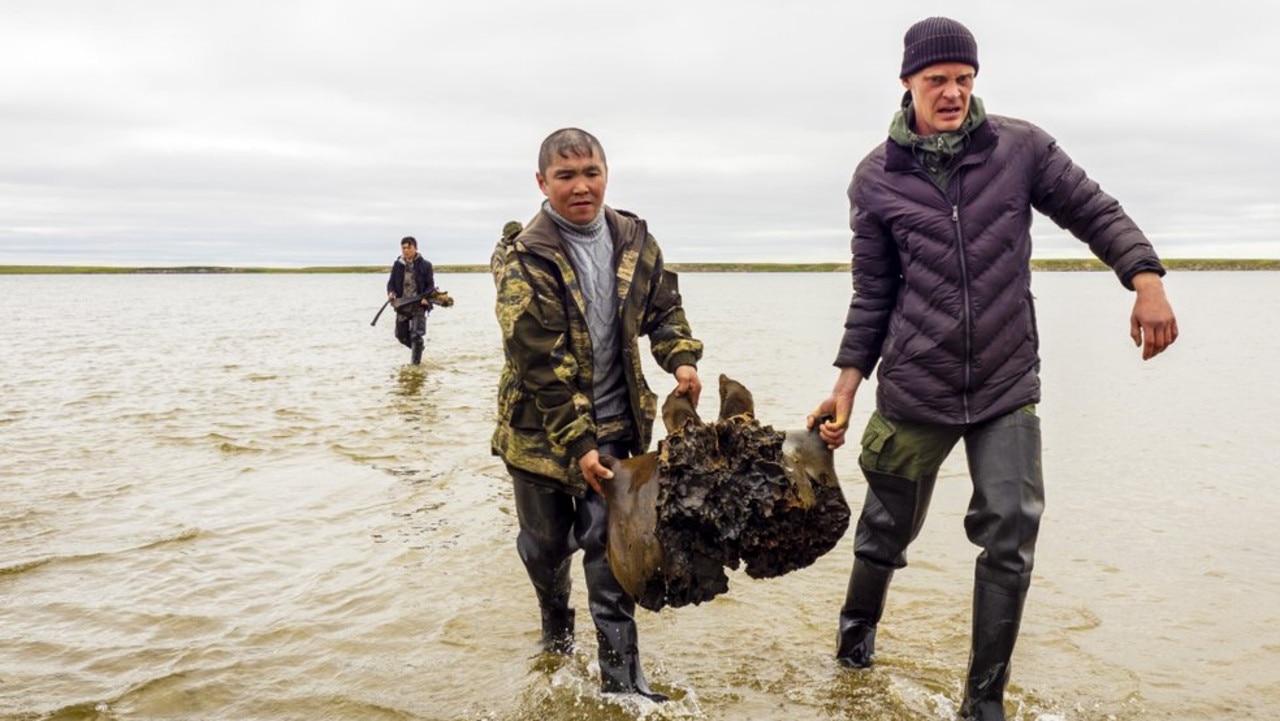 Reindeer herders in northern Siberia, Russia, have discovered the well-preserved skeleton of a woolly mammoth that has some ligaments* still attached to it.

Scientists are working to retrieve the mammoth from the lake in which it was found.

The reindeer herders noticed the mammoth in the shallows of Pechevalavato Lake in the Yamalo-Nenets region a few days ago. They found part of the animal’s skull, the lower jaw, several ribs, and a foot fragment* with ligaments still intact. 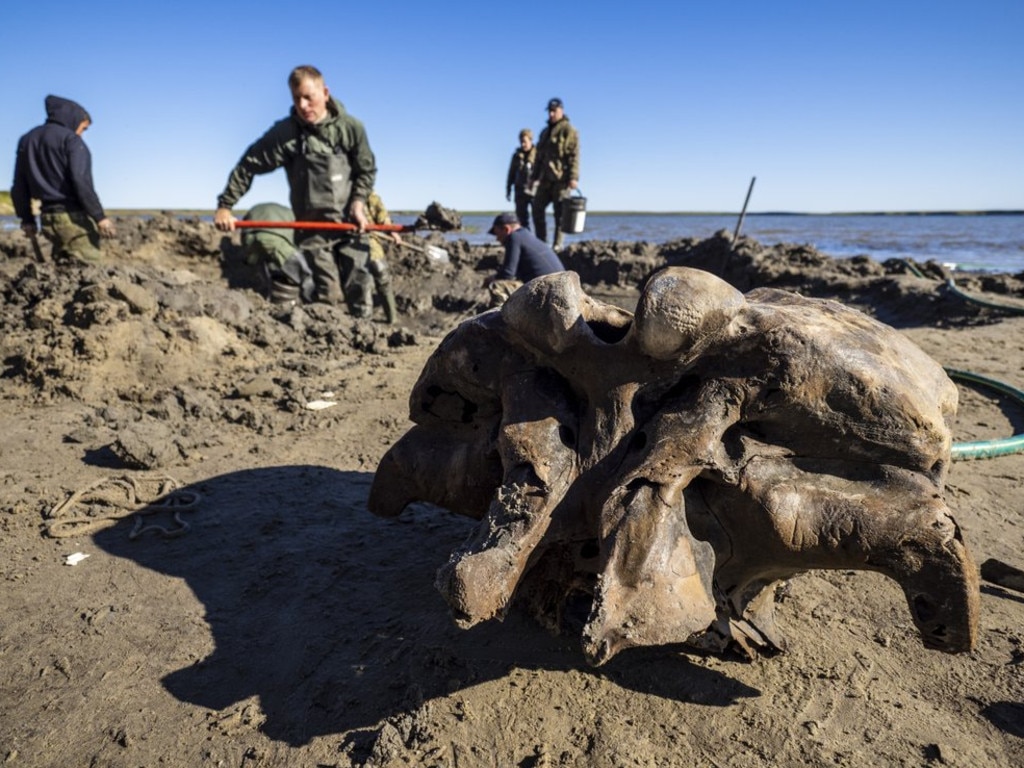 The scientists have found many mammoth bones in the lake already but say it will take a long time to find them all. Picture: Artem Cheremisov/Governor of Yamalo-Nenets region of Russia Press Office via AP

Woolly mammoths are thought to have died out around 10,000 years ago, although scientists think small groups of them may have lived on longer in Alaska, US and on Russia’s Wrangel Island off the Siberian coast.

Russian television stations have shown scientists looking for fragments of the skeleton in the lakeside silt*.

The scientists have retrieved some bones and also located more massive fragments protruding* from the silt. They said it would take significant time and special equipment to recover the rest of the skeleton — if it had all survived in position. A piece of the mammoth skeleton found in the Pechevalavato Lake, Russia. Picture: Artem Cheremisov/Governor of Yamalo-Nenets region of Russia Press Office via AP

Yevgeniya Khozyainova of the Shemanovsky Institute in Salekhard, Russia, said in a TV interview that finding the complete skeleton of a mammoth is relatively rare. Such finds allow scientists to deepen their understanding of mammoths.

Several well-preserved frozen carcasses* of mammoths have been found in the permafrost* of northern Siberia.

Siberia is undergoing a heatwave and the UN weather agency warned last week that average temperatures were 10C above average for June. Experts study Lyuba the baby woolly mammoth, found on the banks of a frozen river in Siberia in 2007. Lyuba was brought to Australia in 2017 for an exhibition at the Australian Museum. Picture: RIA Novosti

CLASSROOM ACTIVITIES
1. Write a Job Application
Imagine the Russian scientists are looking for kids to join them and help search for and study the woolly mammoth. Write a letter explaining why you would be perfect for the job. In your letter, describe the qualities that make you a great assistant, why the work is important and why you would love to be part of their team.

VCOP ACTIVITY
Aside from this, there is also this!

Brackets are a great literacy tool for adding aside comments, or comments that could be covered over and the sentence still makes sense. What’s inside the brackets is extra information.

HAVE YOUR SAY: What old thing would you like to find in a lake?
No one-word answers. Use full sentences to explain your thinking. No comments will be published until approved by editors.