Najin and Fatu are Sudan’s daughter and granddaughter and the three animals lived together at the Ol Pejeta Conservancy, about 250km north of Nairobi, Kenya, where Sudan died. 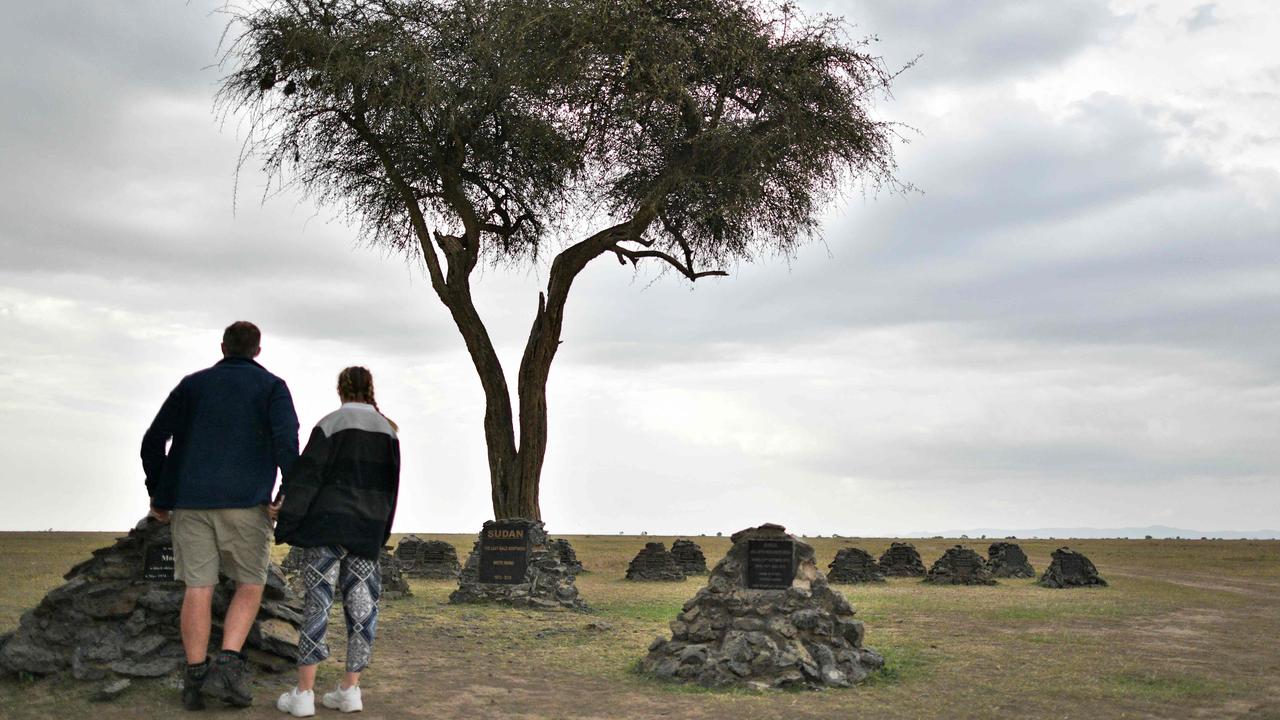 Tourists visit the Rhino-memorial at the Ol-Pejeta conservancy in Kenya, where there are headstones bearing names of dead rhinos, including Sudan, the world’s last northern white rhino male, who died in 2018. Picture: AFP

The team of scientists that artificially fertilised the eggs is led by the Leibniz Institute for Zoo and Wildlife Research in Berlin, Germany.

The scientists said in a statement they had harvested 10 eggs from Najin and Fatu and that seven of those had been successfully matured and artificially inseminated* on Sunday. Dr. Susanne Holtze from Leibniz-IZW following the removal of eggs from a female northern white rhino. The scientists then flew with the eggs to Italy to continue the process. Picture: AFP/Ol Pejeta Conservancy/Ami Vitale

The sperm* used in the process had been harvested from two bulls of the same species and kept frozen.

“This is the next critical step in hopefully creating viable* embryos* that can be frozen and then later on transferred to southern white rhino surrogate* mothers,” the scientists said.

“We were surprised by the high rate of maturation achieved as we do not get such a high rate … with southern white rhino females in European zoos.”

Results of possible embryo development will be announced on September 10. NORTHERN WHITE RHINOS
Najin and Fatu are the only northern white rhinos left.

White rhinos’ scientific name is Ceratotherium simum. They are also known as square-lipped rhinos because their top lip is square rather than pointy.

There are about 20,000 southern white rhinos alive now after a big effort to bring them back from the brink of extinction.

Poaching is still a major threat to southern white rhinos as they are valued for their long horns. The front horn is usually 60cm long but can grow to 1.5m. The 74kg female calf was born to mother Mopani.

It is hoped that the calf will one day be able to have its own babies to help keep the southern white rhino species safe from extinction.

The calf doesn’t yet have a name and the zoo plans to run a competition in the future to help find a name for it.

ARTIFICIAL FERTILISATION
The eggs from the female rhinos were artificially fertilised.

This scientific process is called in vitro fertilisation, IVF for short.

In vitro means outside the body, or, literally, “in the glass”, as in, in a glass container in a science laboratory. Scientist Paola Turini works at the Avantea laboratory in Italy during the artificial fertilisation of eggs from the last two remaining female of northern white rhinos. Picture: AP

IVF has led to the birth of millions of human babies since it was first tried in the 1970s.

The first human IVF baby was Louise Brown, who celebrated her 40th birthday on July 25, 2018. 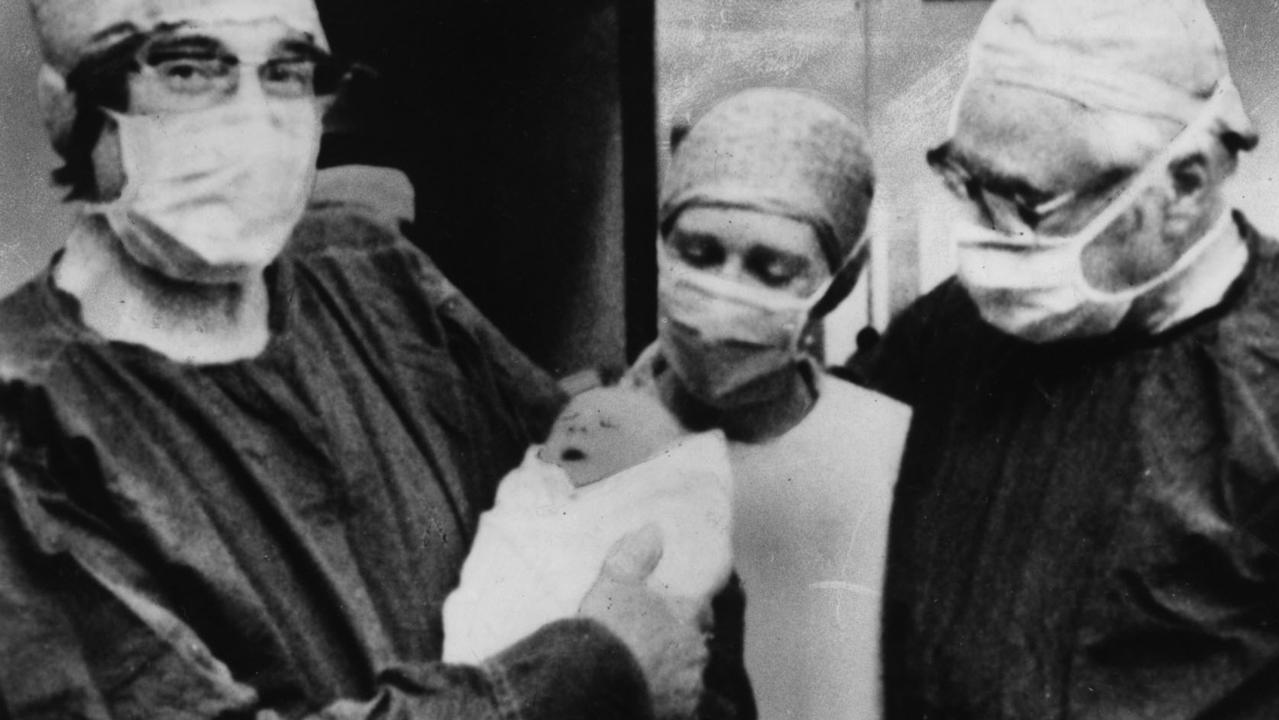 CLASSROOM ACTIVITIES
1. Write a lullaby
A lullaby is a song that helps babies go to sleep. Sometimes they tell special stories or pass down important information. Write the words for a special lullaby for the future baby northern rhinos. You could set the words to the music or tune of a lullaby you know.

2. Extension
Why do scientists go to so much trouble to try to stop animals like the northern white rhino from becoming extinct?

Imagine you are one of the scientists on the team in today’s story. Write a letter to the readers of Kids News explaining why your work is so important.

VCOP ACTIVITY
Punctuation thief
Pick a paragraph from the article, or about 3 sentences together if that’s easier, and rewrite it without the punctuation. At the bottom of the page write a list of all the punctuation you stole and in the order you stole it. For example; C , . C .

HAVE YOUR SAY: Does it matter if the northern white rhinos become extinct? Why or why not?
No one-word answers. Use full sentences to explain your thinking. No comments will be published until approved by editors.