Scientists urge action to save Australia’s iconic platypus from extinction Ember, a baby platypus that was cared for at Healesville Zoo, Victoria in 2009 after bushfires in the area.

Platypus populations are on the brink* of extinction unless urgent action is taken, according to new research.

Drought, land clearing and human-led changes to waterways are some of the risks for this animal that is globally unique* and was once widespread across the eastern Australian mainland* and Tasmania.

There are reports of rivers drying up in drought-affected areas and animals becoming stranded. A platypus at Geeveston, Tasmania. Platypus are semiaquatic animals and when rivers dry up they can become stranded. Picture: Ash Thomson

The new study, by University of New South Wales scientists and published in the international science journal Biological Conservation, estimated that numbers have halved since colonisation* and there have already been extinction of local populations across about 40 per cent of the species’ range.

Under predicted climate change, the losses in the future could be far greater because of increases in extreme drought frequency* and duration*, such as the current dry period.

The platypus is not listed as threatened under national environmental law or as endangered in any Australian state or territory except South Australia. The International Union for Conservation of Nature lists it as near threatened. Researchers examining a platypus as part of the Platypus Conservation Initiative in NSW. Picture: UNSW via AAP

Lead study author Dr Gilad Bino, a researcher at the UNSW Centre for Ecosystem Science, said action must be taken now to prevent the platypus from disappearing from our waterways.

“There is an urgent need for a national risk assessment for the platypus to assess its conservation status, evaluate* risks and impacts, and prioritise* management in order to minimise* any risk of extinction,” Dr Bino said.

Director of the UNSW Centre for Ecosystem Science and study co-author Professor Richard Kingsford said it was unfortunate that platypuses lived in areas undergoing extensive human development that threatened their lives and long-term viability*.

“These include dams that stop their movements, agriculture which can destroy their burrows, fishing gear and yabby traps which can drown them and invasive foxes which can kill them,” Prof Kingsford said. 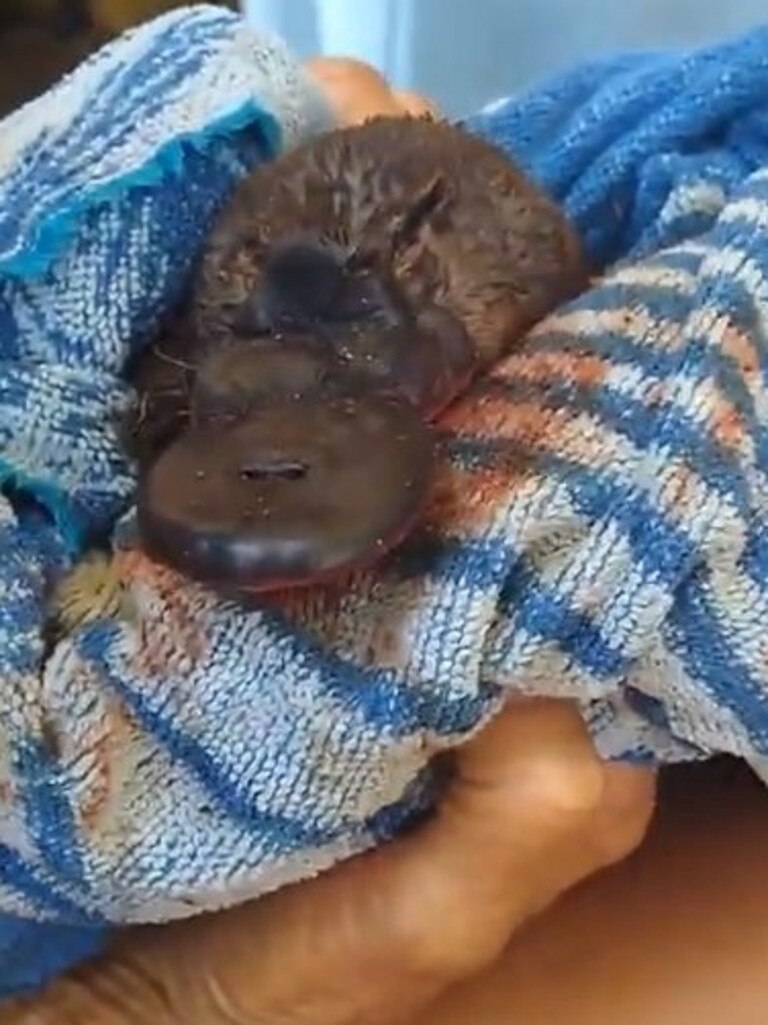 Miley the injured baby platypus was found near Gympie, Qld, after having a fishing line tangled around its neck.

Study co-author Professor Brendan Wintle at The University of Melbourne said it was important we acted now to prevent further population decline.

“Even for a presumed ‘safe’ species such as the platypus, mitigating* or even stopping threats, such as new dams, is likely to be more effective than waiting for the risk of extinction to increase and possible failure,” Prof Wintle said.

“We should learn from the peril* facing the koala to understand what happens when we ignore the warning signs.”

Platypus on the brink of extinction

It is a semiaquatic monotreme, which means egg-laying mammal.

It is one of the few species of venomous mammals: the male has a venomous spur on its back foot.

It is the only living member of its family, though there were once several related species, according to fossils.

There are five living monotreme species: the platypus and four species of echidna. 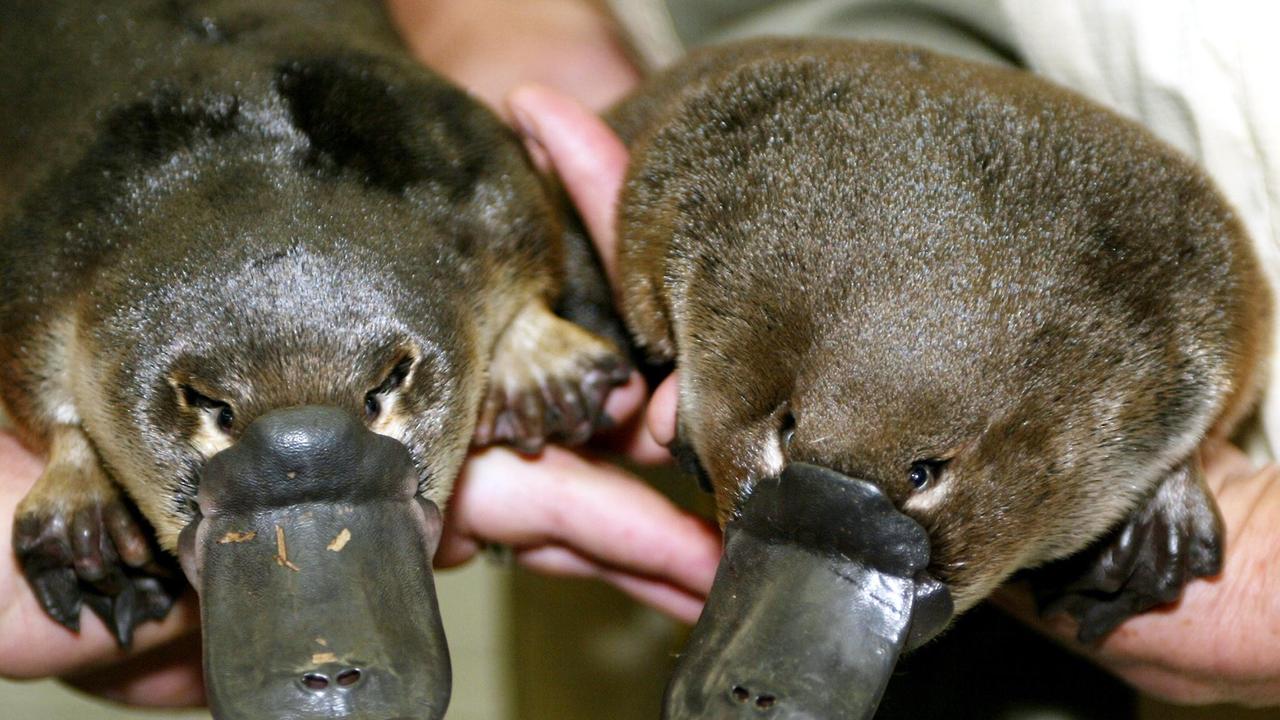 CLASSROOM ACTIVITIES
1. Platypus rap
Write a rap before the platypuses are ‘a wrap’.
The platypus, while officially not considered endangered (apart from in South Australia) is actually in danger of joining the growing list of Australian animals that are disappearing from our countryside. The article explains how we are affecting their survival.

Help to inform people of how human development is threatening their survival by writing a rap or catchy song. It should inform people of the dangers that platypuses face. A rap is a rhythmic and rhyming speech that is chanted.

You may need to write a couple of verses to include all the dangers. You can also include what we should do to help protect them.

The humble platypus may soon disappear

Their numbers are falling – its news we fear!

By damming our streams we stop them swimming,

And the foxes are chasing them and definitely winning!

VCOP ACTIVITY
Once you have completed your platypus rap in the first activity (above), highlight in yellow the Wow Words you have used in your rap.

HAVE YOUR SAY: Have you ever seen a platypus? Do you know anyone who has seen one in the wild? Where was this or what sort of habitat was it in?
No one-word answers. Use full sentences to explain your thinking. No comments will be published until approved by editors.