The humpback whale among mangroves in the Amazon. Picture: Instagram/bicho_dagua

An 8m dead humpback whale has been found in thick mangroves* in the Amazon jungle 15m from the ocean and a long way from its natural habitat*.

Scientists rushed to the scene to investigate after a video of the whale was posted online.

Whales are usually only found in inland waters in the Amazon during the summer, when salt water pushes upstream into rivers. It is currently winter in the Amazon and freshwater rivers flood, pushing salt water back towards the ocean. Humpback whales cruise the world’s oceans, like this one seen around the Cook Islands in the Pacific Ocean. Some humpbacks pass by the mouth of the Amazon River on their annual migration. Picture: Istock

The whale was found on the Brazilian island of Marajo, at the mouth of the Amazon River.

After some difficulty moving through the mangroves, a group of 10 biologists* from the NGO* Bicho D’agua reached the whale. They examined it and took samples from the body to try to understand what happened.

In a Facebook post, the NGO said they suspected the animal was a calf, and had lost its mother and become entangled in the mangroves after being flung ashore by high waves.

This story originally appeared on The Sun and is republished with permission.
HUMPBACK WHALES
Scientific name is Megaptera novaeangliae.

It is a species of large baleen whale with knobbly bits on its head and long flippers that make it easily recognisable.

It has a hump under its dorsal* fin that can be seen when it arches its back to dive.

It mostly lives in the open ocean, apart from when it is migrating between cold water feeding areas and warm water calving grounds.

In the Southern Hemisphere, the whales spend summer in the Antarctic feeding on krill* before travelling north for winter. They can be seen along the east and west coasts of Australia as they pass by to warmer waters.

VIDEO: Humpback whales swimming around whale watchers off the coast of Queensland

They are protected in Australian waters and their numbers are recovering since the peak of whaling in the 1960s and ’70s. The species is considered vulnerable* to extinction. The red marker on the map shows the location of the island at the mouth of the Amazon River in Brazil, South America, where the whale came ashore during its journey in the Atlantic Ocean. Picture: Google Maps

THE AMAZON
The Amazon is the world’s largest tropical rainforest and covers nine countries in South America.

The Amazon River runs through the north of the rainforest. It flows for 6400km, which makes it the second longest river in the world, after the Nile in Africa. The Amazon River flows into the Atlantic Ocean in eastern Brazil.

Some humpback whales spend winters in the Atlantic Ocean off the coast of eastern Brazil. 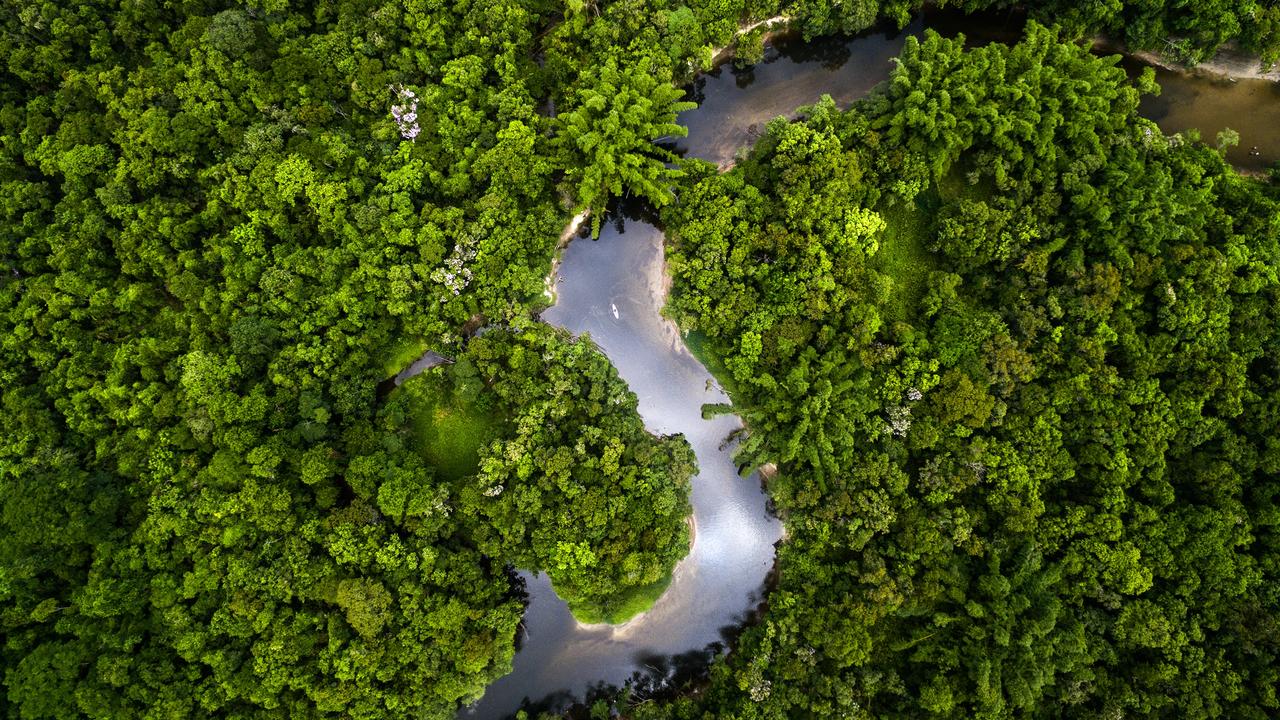 The Amazon Rainforest is the world’s largest and covers nine countries in South America. Picture: iStock

The Amazon Rainforest is sometimes called ‘the lungs of the Earth’, which means it helps take a gas called carbon dioxide out of the air, captures the carbon from the carbon dioxide and releases another gas called oxygen, which animals need to breathe and live. More than 20 per cent of the world’s oxygen is produced by the Amazon.

Have a whale of a time with VR

CLASSROOM ACTIVITIES
1. Whale Acrostic
Create an acrostic poem on the Humpback Whale after reading all the information contained in the Kids News article. Try and start each letter with a sentence about this type of whale, not just one word.

2. Extension
Humpback whales are listed as vulnerable to extinction. Work with a partner and list what you think are the main threats to the humpback whale population.

HAVE YOUR SAY: Have you ever seen a whale? Share your story. What is your favourite whale species? Why?
No one-word answers. Use full sentences to explain your thinking.