An artist’s reconstruction of three Dineobellator, in foreground, with other dinosaur species at the end of the Cretaceous Period in New Mexico.

Scientists have dug up fossils of a fearsome* feathered dinosaur that was a quick and agile* predator* able to chase down small animals or attack larger prey* in packs more than 67 million years ago.

And, judging from a telltale* scar on one of its menacing* sickle*-shaped claws, this Cretaceous Period dinosaur also fought with others of its own species*.

Scientists, who recently announced the find in northwestern New Mexico, said Dineobellator notohesperus was a small, two-legged meat-eater — around 2m long and 1m tall at the hip, weighing 18-22kg.

What Dineobellator lacked in size it made up for with ferocity*. The Dineobellator was a two-legged meat-eater with sharp claws.

Dineobellator — whose name means “Navajo warrior” to honour the Native American people who call the area home — was a descendant of the well-known Velociraptor* that lived just a bit earlier in Mongolia.

“It was a swift*, active predator. Its claws would have been several inches long and quite formidable, although rather than slicing through meat they probably would be more useful for holding on to things,” said palaeontologist* Steven Jasinski of the State Museum of Pennsylvania in Harrisburg, who led the research.

A 10cm claw on its right hand had a deep scar. The size and shape indicated the damage was caused by another member of its own species.

“We hypothesise* it was caused by fighting with another Dineobellator,” Mr Jasinski said. “Often times animals in packs fight and squabble* over various things, usually resources like food, territory, and even sunlight. It’s also possible this was a fight between two males over a mate, or a female fighting off an aggressive male when she might not feel ready to mate.” 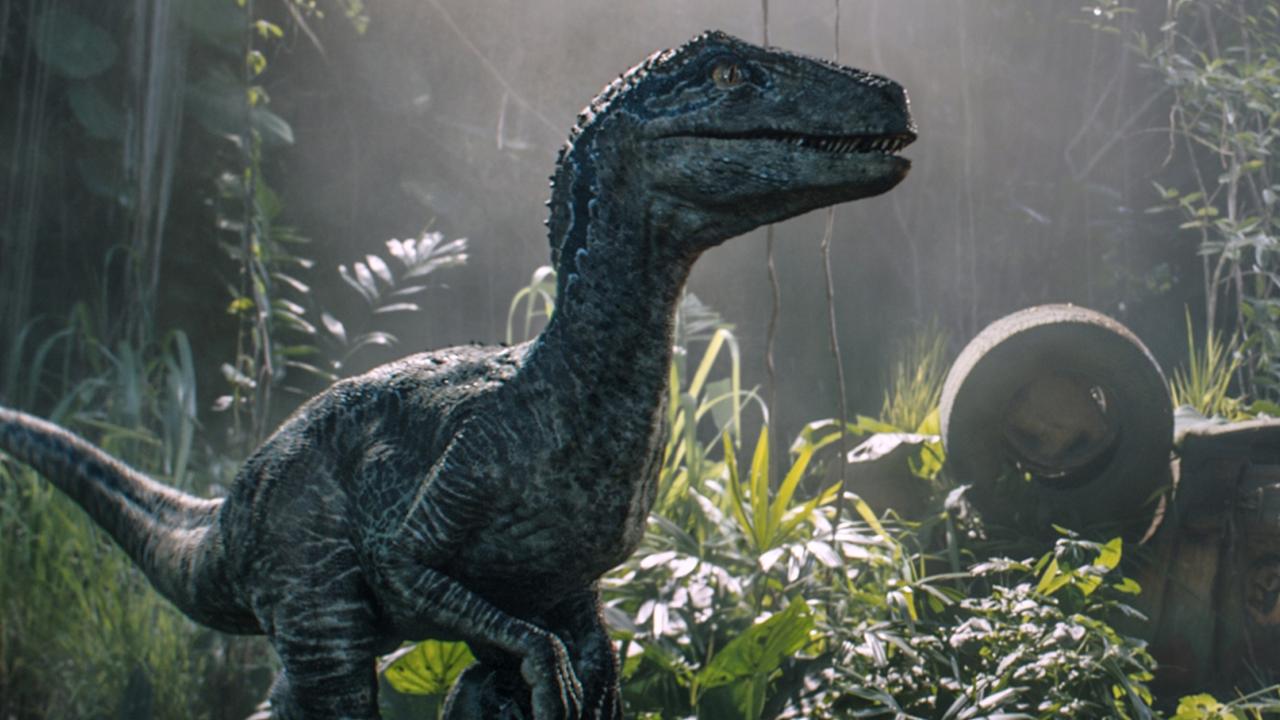 The Dineobellator is a descendant of the Velociraptor.

The dinosaur also had a broken rib that healed, which Mr Jasinski said “not only suggests a hard life but also shows this dinosaur was able to live and deal with at least some injuries.”

Dineobellator, armed with rows of cutting teeth, lived near the very end of the age of dinosaurs, about a million years before an asteroid* hit Earth and wiped them out.

Its habitat was a floodplain teeming with other dinosaurs including much larger predators and a variety of plant eaters.

Roughly 25 per cent of its skeleton was recovered, showing Dineobellator had features setting it apart from other dromaeosaurs with superior grip strength in its hands, an enhanced ability to bend its arms and a unique tail.

“Combining these features suggests Dineobellator would have been a swift, skilled pursuit* predator that could run down smaller prey and attack and jump onto larger prey, holding on with stronger forelimbs and a tighter grip,” Mr Jasinski said.

Mr Jasinski said it proved dinosaurs were still evolving right up to the end of their existence.

The research was published in the journal Scientific Reports.

CLASSROOM ACTIVITIES
1. Find the adjectives
The vocabulary used in this news story gives a very detailed description of the Dineobellator. Make a list of all of the adjectives used within the article to describe the dinosaur itself or its features.

When your list is finished, add 10 more adjectives to your list that were not in the news story but that you think could also be used to describe the Dineobellator.

2. Extension
Think of another type of living creature but don’t tell anyone what it is. Then write a list of the 10 best adjectives you can think of to describe it. Give your list to somebody and see if they can correctly guess your animal based on the adjectives you chose.

VCOP ACTIVITY
1. Up-Level It
Scan through the article and see if you can locate three words that you consider to be basic, or low level. Words we use all the time and they can be replaced by more sophisticated words, words like good and said are examples of overused words.

HAVE YOUR SAY: Which feature of the Dineobellator did you find most interesting?
No one-word answers. Use full sentences to explain your thinking. No comments will show until approved by editors.