Real unicorns walked and grazed alongside modern humans, who were not responsible for the species’ extinction 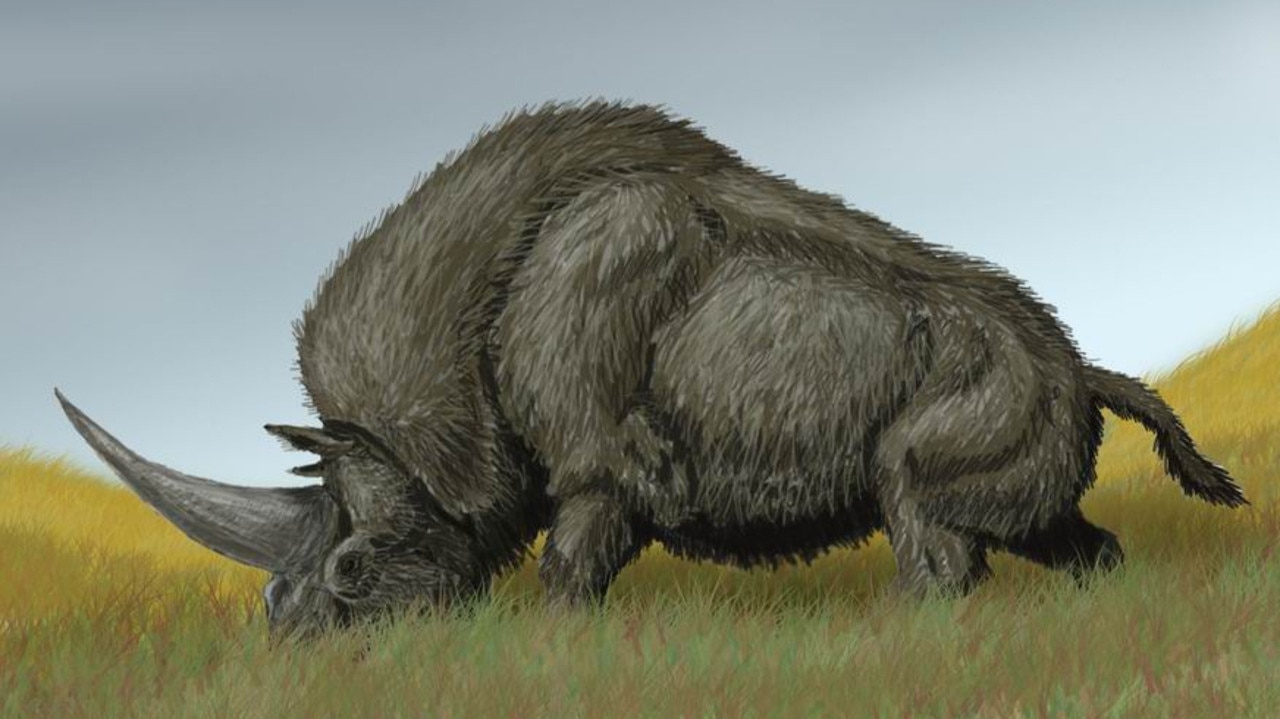 A drawing of Elasmotherium sibiricum known as the Siberian unicorn. Picture: DiBgd/Wikimedia Commons

Scientists now know that unicorns were real, that they lived alongside modern humans and they have a good idea of why they died out.

New tests on a complete skull of a Siberian unicorn show that they still roamed the land that is now Russia as recently as 35,000 years ago. Previously, it was thought they became extinct between 200,000 and 100,000 years ago.

The ancient rhino species is known as Elasmotherium sibericum (Siberian unicorn), because of its extraordinary single horn. Each unicorn weighed 3.5 tonnes. A drawing of what the Siberian unicorn probably looked like. Picture: W.S. Van der Merwe

The “beautiful complete skull” at the Natural History Museum in the UK helped challenge the assumed date of this creature’s extinction.

Professor Adrian Lister, a palaeobiologist* who studies evolution* and extinction, said new research has revealed that the “giant of the Ice Age” survived much later than previously thought.

“We dated a few specimens* — such as the beautiful complete skull we have at the museum — and to our surprise they came in at less than 40,000 years old,” he said.

Prof Lister worked with fellow researchers from Australia, UK, Netherlands and Russia to date a total of 23 specimens. 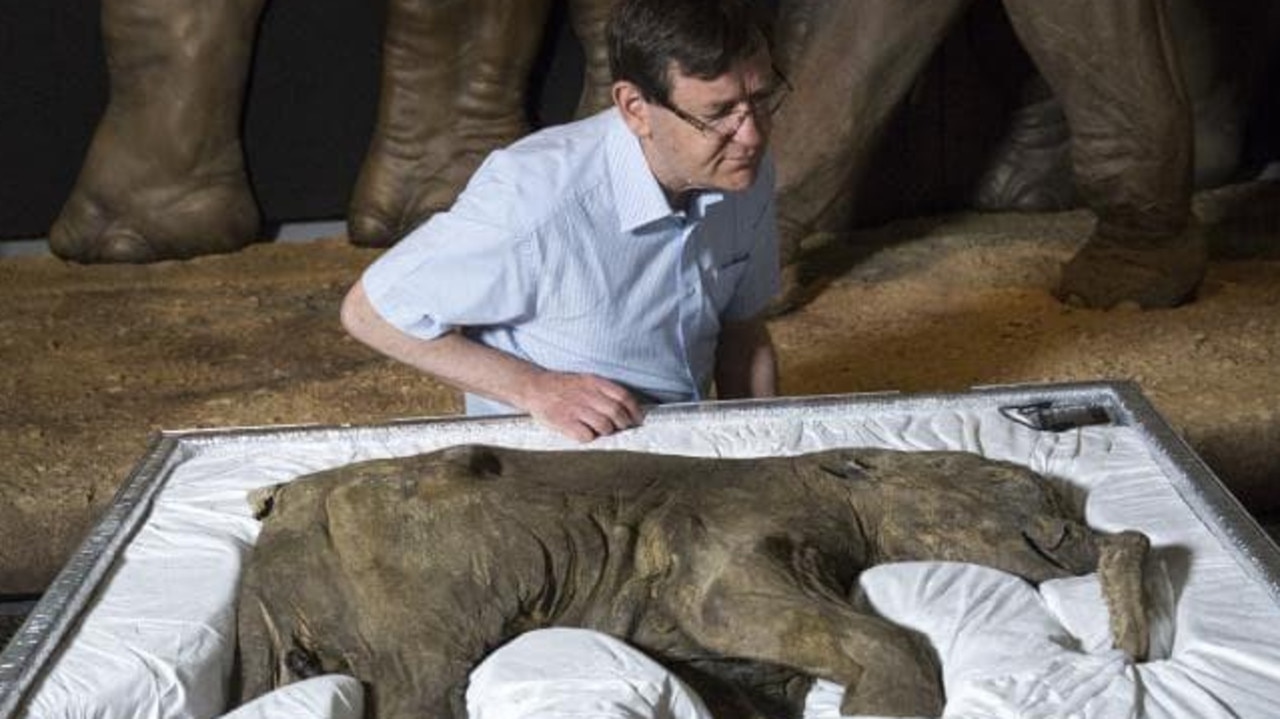 Using advanced carbon-dating* methods, the dating showed the species “survived until at least 39,000 years ago, and possibly as late as 35,000 years ago”.

The study also involved examining the Siberian unicorns’ teeth to reveal what the animals ate. Results confirmed they most likely grazed on tough, dry grasses.

The Natural History Museum said the final days of the ancient rhino species “were shared with early modern humans and Neanderthals*”.

It added: “It is, however, unlikely that the presence of humans was the cause of extinction.

“Instead, it is more probable that dramatic fluctuations* in climate during this time period, coupled with the specialised grazing lifestyle and the rhinos’ naturally low population numbers pushed the species to the edge.” Elasmotherium from The Wonderful Paleo Art of Heinrich Harder, published around 1920.

It is thought that the changing climate led to changes in available food. Other animals that lived then, such as the woolly rhino, adapted by changing the types of plants they ate.

Australian-based researchers examined DNA* from some of the fossils — the first time any DNA has been recovered from E. sibiricum — and found the ancient rhino “split from the modern group of rhinos roughly about 43 million years ago”.

This makes the Siberian unicorn “the last species of a highly distinctive and ancient lineage*”.

Today there are just five surviving species of rhino, although in the past there have been as many as 250 species at different times. 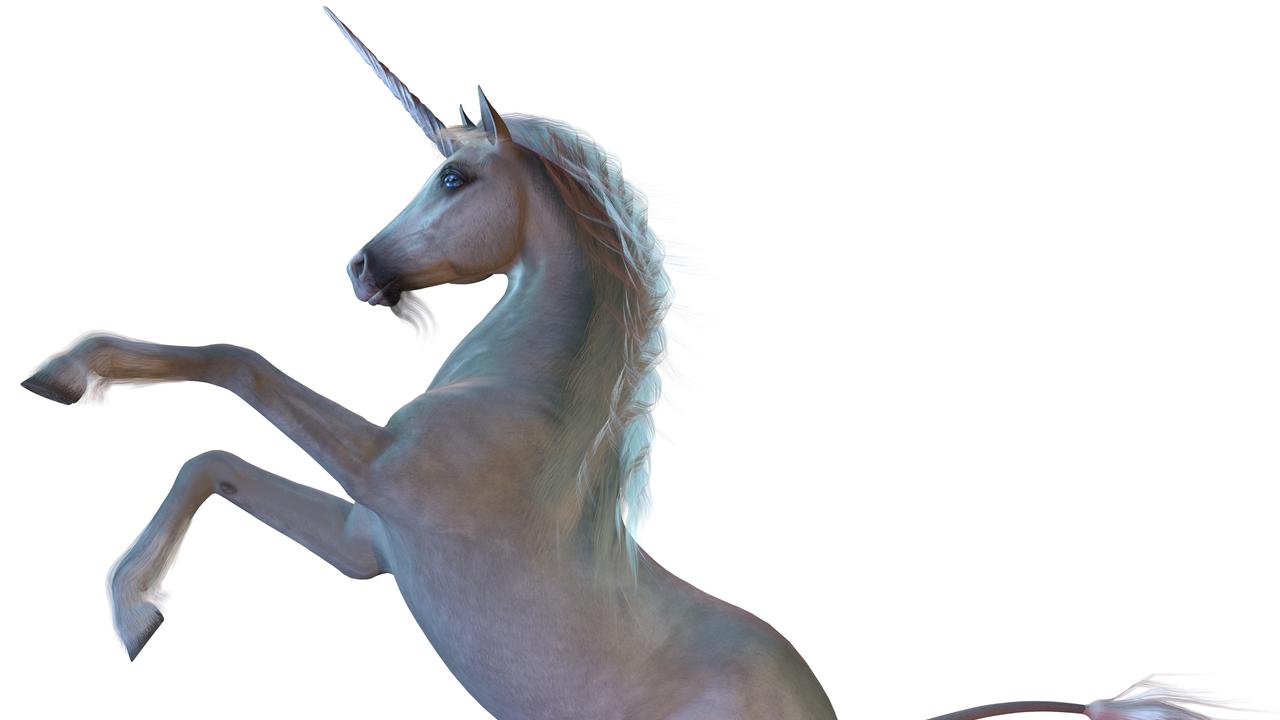 Unicorns in storybooks are usually white magical horses with cloven hoofs, a forehead horn and a beard. Real unicorns were more like modern rhinos.

This story originally appeared in The Sun and has been republished with permission.

palaeobiologist: scientists who combines biology with palaeontology, which is fossil science

evolution: then slow change of a species over time to adapt to the environment

carbon dating: a way of testing the age of an ancient object

fluctuations: changes up and down

DNA: Carries genetic instructions for growth, development and function of a cell

lineage: direct descent through generations from a long-ago relative

1. Before this research, how long ago did scientists believe they became extinct?

2. How much did each unicorn weigh?

3. Why did they look at the unicorn’s teeth?

4. Are humans thought to have caused the species’ extinction?

5. How many species of rhino are still alive?

Do you think the mythical or fantasy unicorn might be based on the Siberian unicorn?

Think about your favourite dinosaur or other animal. Create a fantasy or mythical creature based on this. Draw and write about your creature, using lots of details to bring it to life!

Extension: Create a short picture book about the real unicorn. Your picture book is for younger kids who love storybook or fantasy unicorns. Your purpose is to help these kids learn about the real-life unicorn in a fun and interesting story. Each page should have a picture or illustration.

HAVE YOUR SAY: What is your favourite ancient or mythical creature? Why? No one-word answers. Use full sentences to explain your thinking.