The albino penguin in its enclosure. Picture: AP

An extremely rare albino* penguin has made its first appearance at Gdansk Zoo in northern Poland.

The albino penguin hatched in mid-December at the zoo in Europe and has been under special veterinary care. In the wild, such an unusual-looking penguin would be rejected by other penguins and would have little chance of survival.

But in Gdansk, it has its parents and two other friendly penguins to keep it company.

The bird weighs more than half a kilogram and stands 28cm tall.

Zoo director Michal Targowski said the albino penguin “would have become the very first to be attacked by predators*” in the wild. 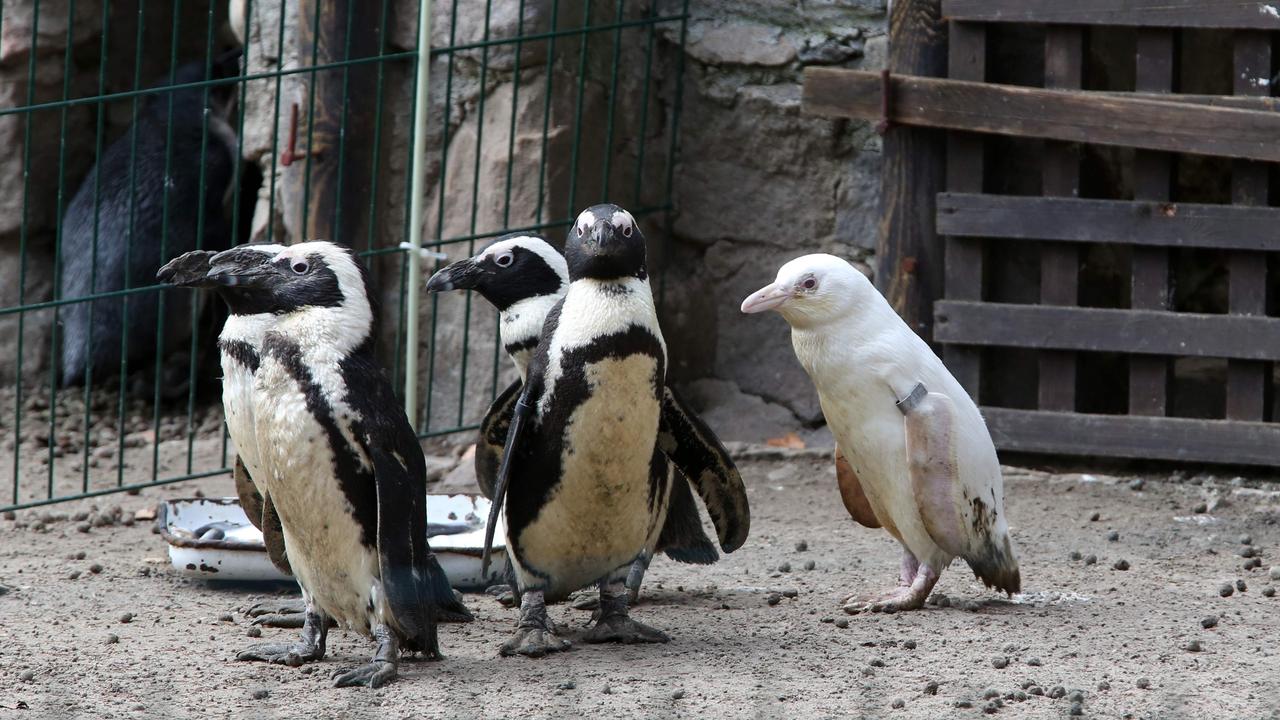 The rare albino penguin with its parents and two other friendly penguins. Picture: AFP

He said it requires special care as it is more likely to catch diseases since it lacks a protective black pigment*.

He said his team was astonished but “incredibly happy” to have a baby albino penguin, which stepped out into public for the first time at the weekend.

Zoo staff are waiting until they are able to determine the sex of the penguin before naming it.

VIDEO: A rare albino kookaburra gets the giggles

WHAT CAUSES ALBINISM?
Albinos look the same as other members of their species, except their cells are unable to produce melanin, which is a dark pigment that gives the normal colour to skin, scales, eyes, hair or fur.

A lack of melanin usually causes an animal — or parts of it — to appear white or pink.

Full albinos usually have pink eyes, nails, scales and skin. They are pink because, without colouration, the blood vessels show through.

In humans and some other animals, the eyes of an albino are light blue or green because of the way light passes through the iris in the centre of the eye.

Partial albinos have some of the colouring that is typical of their species, but parts of their body appear white.

Not all white animals are albinos though. The true test is whether it has pink or light blue eyes.

Albinism is passed genetically* from parents to their offspring.

SOME OTHER ALBINO ANIMALS
Here are some other examples of animals that have been born with albinism. 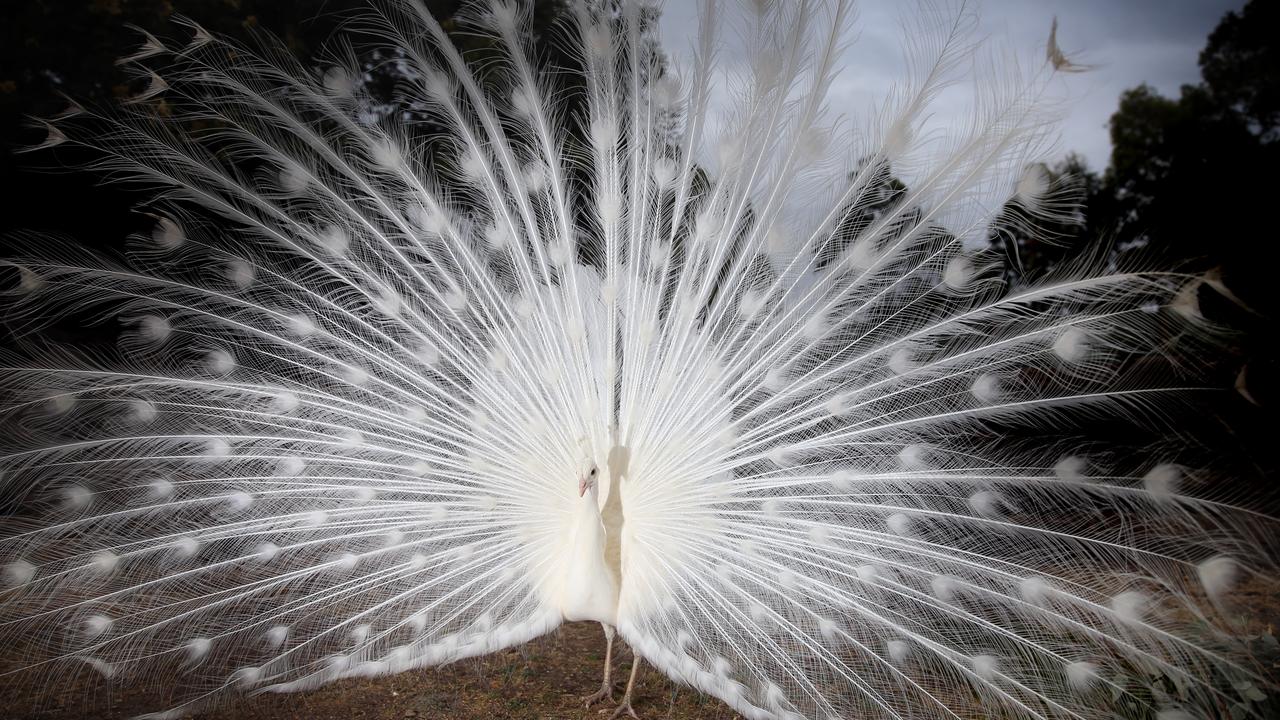 Two albino wallabies, one with a normal joey in her pouch, at Gumbuya World in Victoria. Picture Nicole Cleary

CLASSROOM ACTIVITIES
1. Name that Bird
Choose a name for the albino penguin. Don’t pick any name – the name you choose must reflect or show what is special about the penguin. Write the name that you have chosen and a paragraph explaining the reasons why your name is perfect.

2. Extension
Design a special home or enclosure for the albino penguin. You must include things that will help the penguin to live a happy and healthy life, allow the zookeepers to look after it and let people see this special animal.

VCOP ACTIVITY
Why blend in when you were born to stand out!
There are lots of things about both animals and humans that make as different and unique- even within our own species. This little penguin is definitely different and unique and we think that is very cool.

Think about some qualities, features or abilities that make you different and unique compared to some of your classmates. Make a list.

Now use that list to write a paragraph, or more, explaining why it’s great to be different. Use some examples from your list to give further explanations or evidence.

HAVE YOUR SAY: How do you think people with albinism would cope in today’s world?
No one-word answers. Use full sentences to explain your thinking. No comments will be shown until approved by editors.