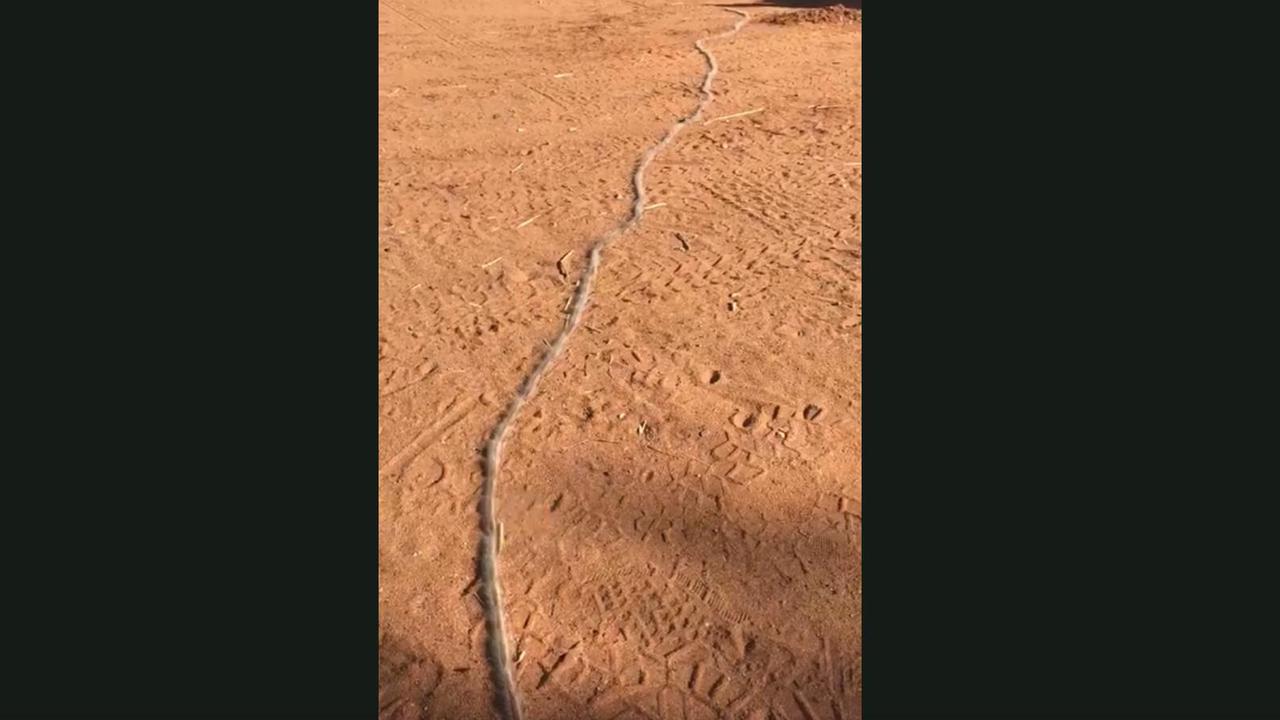 A massive procession of caterpillars has paraded through Alice Springs.

The incredible collective was videoed by staff at a kangaroo sanctuary in the Northern Territory on Tuesday.

It was estimated to be more than 7m long.

The Kangaroo Sanctuary Alice Springs posted the video and this comment on Facebook: “They are famous for walking in processions. Each caterpillar when it walks leaves a thread of silk for the next one to follow them. Cool hey.”

The Northern Territory government’s website warns against touching what are called processionary caterpillars. They are the larvae of the bag-shelter moth and the hairs leave human skin itchy for days. 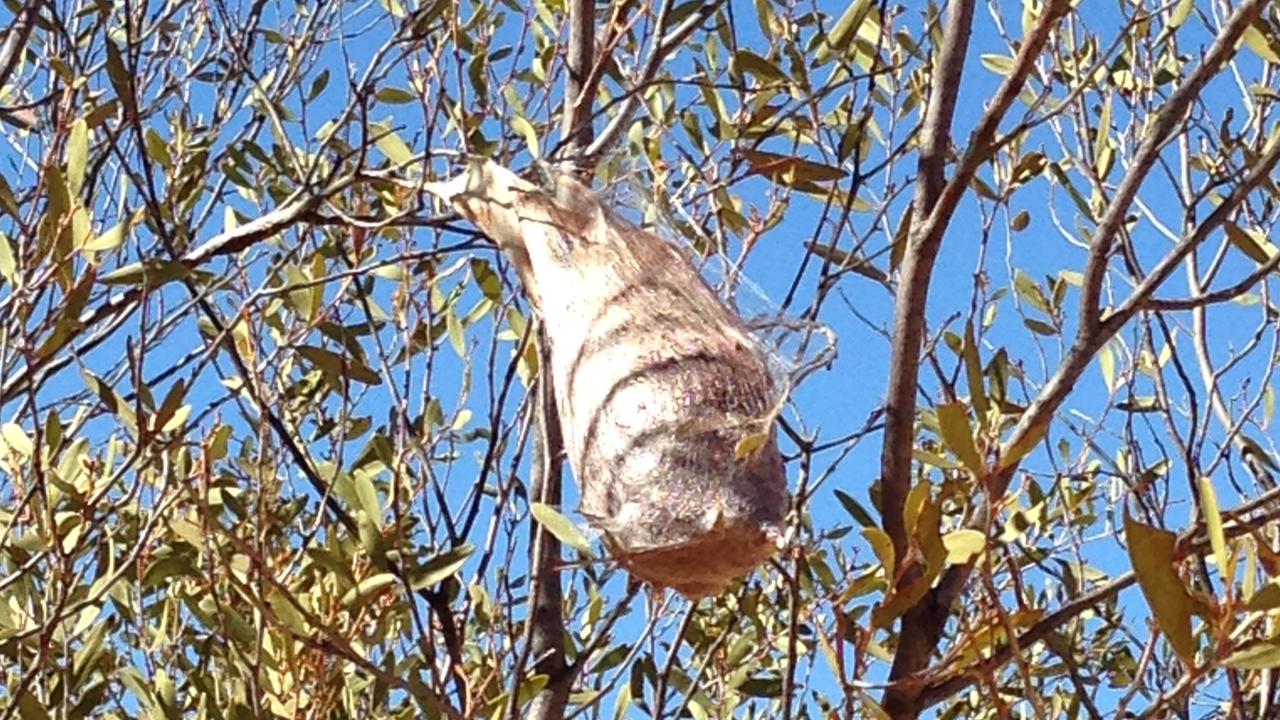 The nest of the bag-shelter moth hanging in a tree in Central Australia.

But the processionary caterpillars are much more than just fascinating or irritating for the indigenous Arrernte people of Central Australia.

The length of the procession is an indicator of how harsh the coming cold season will be and whether there will be extreme frosts — the longer the procession, the more extreme the cold.

This helps people know when certain foods will be available, or unavailable, which is essential for survival if you’re living traditionally from the land. 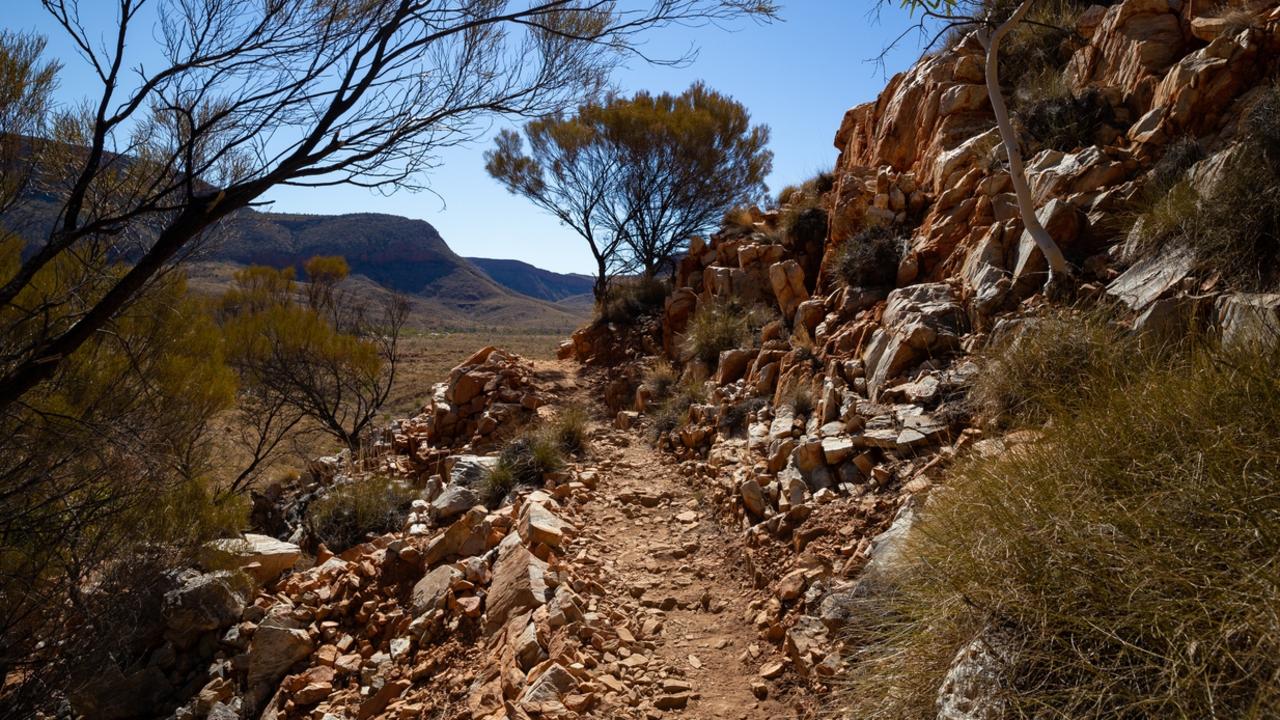 Larapinta Trail, a walking trek that begins near Alice Springs. Living traditionally in the harsh environment of Central Australia relies on observing nature for signs of future conditions. Picture: istock

Northern Territory Parks and Wildlife explained in a Facebook post: “For the Arrernte people of Central Australia such observations have been vital for surviving the harsh conditions of the Australian desert.

“For Arrernte people the length of the train of processionary caterpillars (iwepe, the juveniles* of the bag-shelter moth) is an indicator of the severity* of the forthcoming cold season.”

Some foods may only be available in the mild time between seasons, for instance, and in some years this mild time could be quite short. 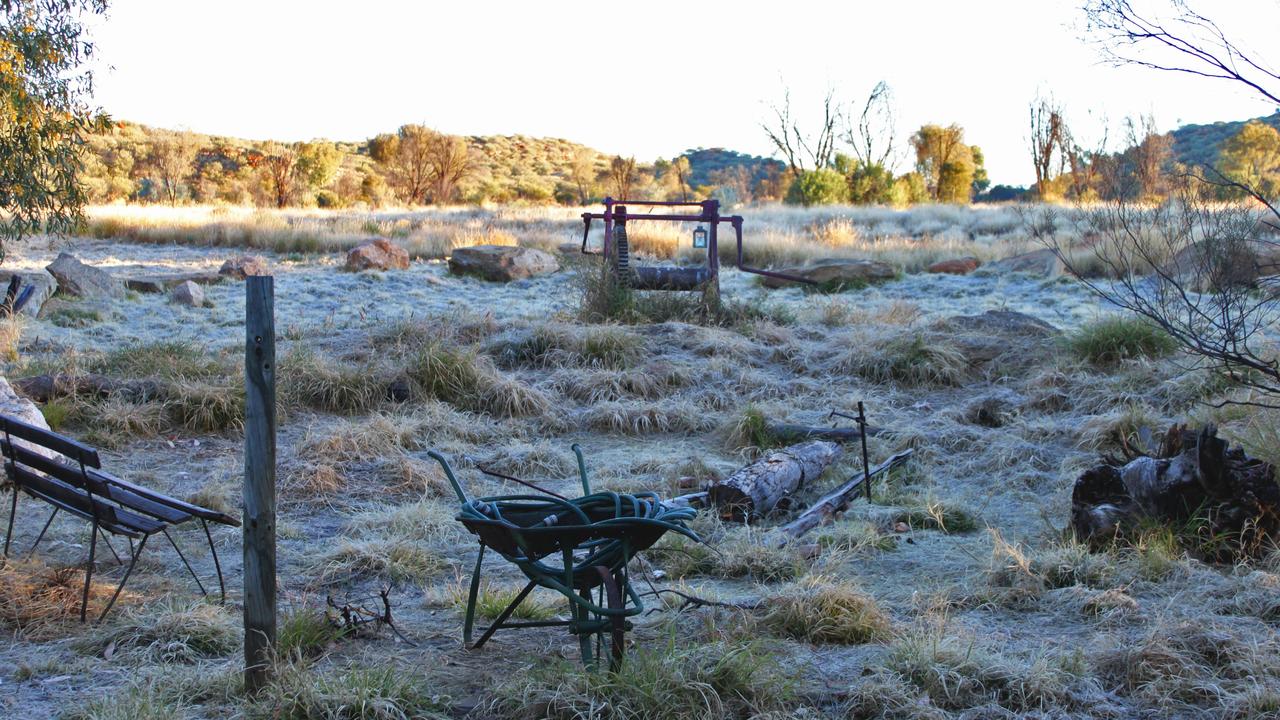 Deserts can experience extreme heat and cold, including frost. This is a frosty morning when the temperature was below 0C in Alice Springs, NT.

CLASSROOM ACTIVITIES
1. Write a Story
Imagine that you are one of the caterpillars in today’s story. Write a story about the procession from your point of view.

2. Extension
Why do you think that the length of the procession is a good indicator of how harsh the coming winter will be?

VCOP ACTIVITY
A Caterpillar Prediction
If the procession of caterpillars was 7m long, do you think that means it will be cold or not that cold this winter?

Create a news report as if you are the reporter onsite at the kangaroo sanctuary.

Let everyone know about what the size of the progression means, and if we should celebrate or prepare.

Try filming your news report, maybe you can even dress up as a reporter for performing arts practice.

Remember a news reporter needs to be entertaining and engaging, so be expressive.

HAVE YOUR SAY: How do you know what weather is coming? Is there anything in nature you rely on?
No one-word answers. Use full sentences to explain your thinking. No comments will be published until approved by editors.