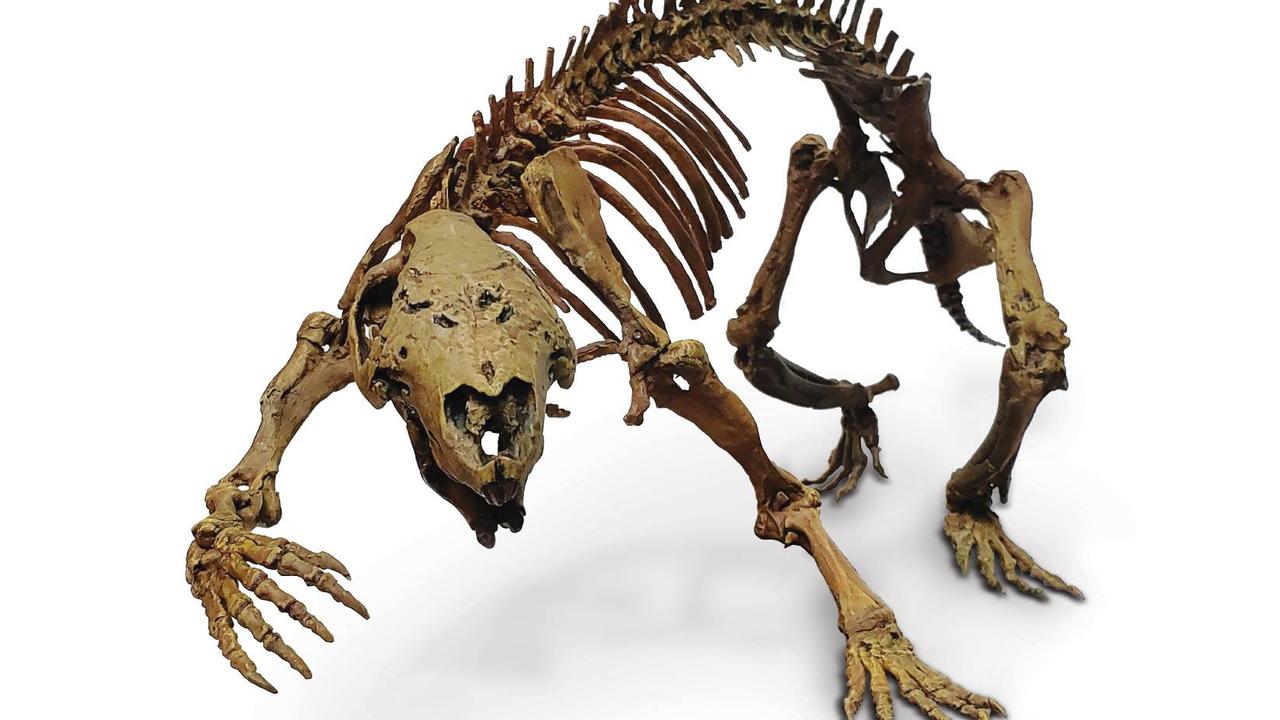 The Adalatherium was a bizarre creature that lived around 66 million years ago on the island of Madagascar. Picture: Facebook/Denver Museum of Nature & Science

The skeleton of a mammal nicknamed “crazy beast” that existed alongside dinosaurs has been unveiled by a team of researchers.

Palaeontologists* from Monash University in Victoria have revealed the full fossil skeleton of the bizarre creature, which lived around 66 million years ago on the island of Madagascar, off the east coast of Africa.

Named Adalatherium – which means “crazy beast” in Malagasy* and Greek – it was first dug up in 1999 by David Krause, a curator at the Denver Museum of Nature and Science in the US. However, what Dr Krause had uncovered was kept under wraps until a recent study published in the journal Nature. It has taken researchers 20 years to understand what type of mammal was in their hands and how it lived, said Associate Professor Dr Alistair Evans from Monash’s School of Biological Sciences.

Adalatherium officially comes into being today (April 30), when its name appears in print for the first time.

Its skeleton represents the first fully intact fossil of a gondwanatherians, a group of large mammals named after the southern supercontinent of Gondwana.

Australia, Africa, Madagascar, South America and India all formed from the break-up of Gondwanaland.

Until now, scientists had almost no idea what Adalatherium should look like, as previously only its teeth and a single skull belonging to another, similar creature were known.

During the age of dinosaurs, any mammals were mostly mouse-sized. Mammals didn’t become dominant until dinosaurs became extinct.

At 3kg, with large claws and robust legs, the crazy beast was a giant mammal for its time and looked something like a badger.

It would have moved differently from today’s mammals, with its back legs in a more sprawling posture — extending away from the body like reptiles — while its front legs were placed underneath the body like most other mammals. When Adalatherium walked, its spine would have bent side to side in a reptile-like manner.

Its strong back and hind limb muscles and its long claws on its back feet indicated Adalatherium was a good digger that possibly excavated burrows.

Even stranger are its rodent-like* teeth, which faced backwards compared to other mammals, Prof Evans said.

Its teeth may have helped it gnaw on roots or other plant material while its molars* were unlike any other mammal. Its cranium had more facial holes than any other mammal, serving as passageways for nerves and blood vessels supplying a sensitive whisker-covered snout. 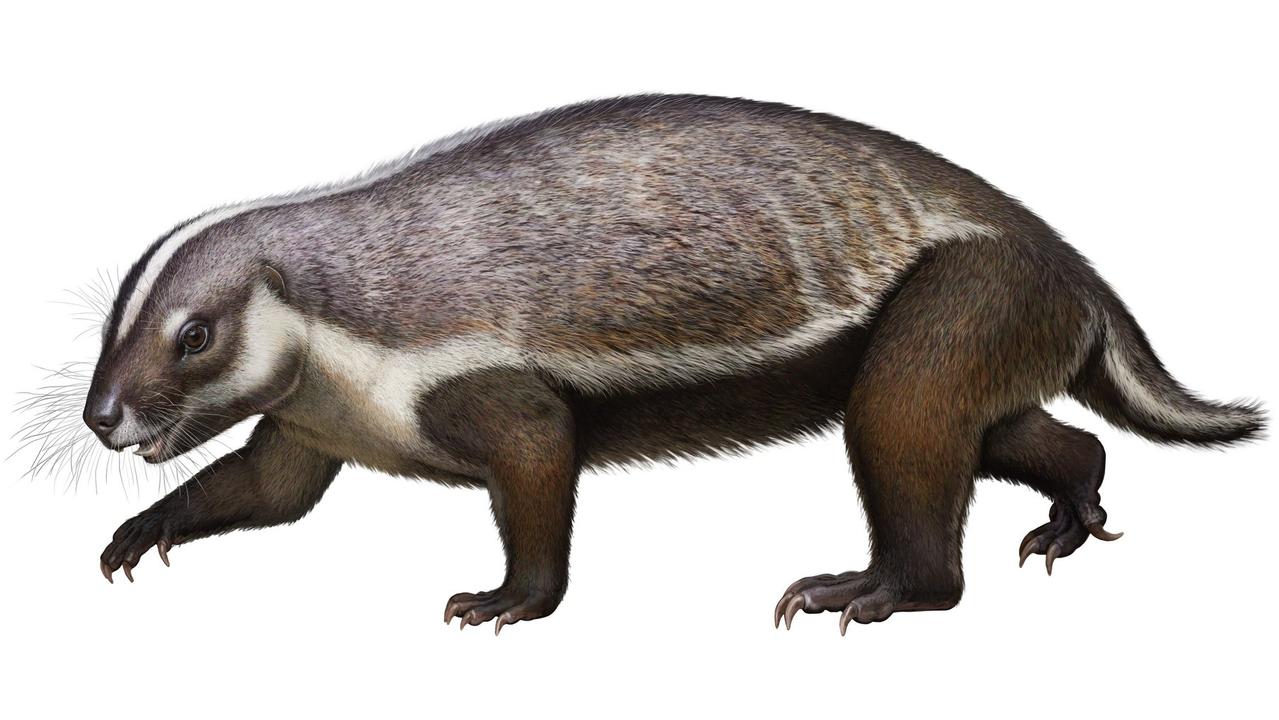 Adalatherium would have moved more like a reptile than a modern mammal. Picture: Facebook/Denver Museum of Nature & Science

“This is the first real look at a novel* experiment in mammal evolution. Adalatherium’s singularity* may be caused by it evolving on an isolated island, leaving it to find novel ways of moving and finding food,” Prof Evans said.

“This is a similar situation to the marsupial mammals of Australia – so different from the animals of the rest of the world.”

Study lead author Dr Krause said: “Its many uniquely bizarre features defied explanation in terms of relationships to other mammals. In this sense, it was a ‘crazy beast.’”

Scar found on fossil of feisty dinosaur with feathers

CLASSROOM ACTIVITIES
1. A New Pet
Imagine you have been given a real, live Crazy Beast to be your new pet at home. Write a diary entry for the first day that your Crazy Beast has been in your home. Don’t forget to give him or her a name, and think about how you would need to care for it and how it would fit in to life at your house!

2. Extension
List all of the evidence the scientists have used to decide what Adalatherium looked like and how it lived.

After reading the article, with a partner, highlight all the openers you can find in blue. Discuss if they are powerful and varied openers or not. Why do you think the journalists have used a mix of simple and power openers? Would you change any, and why?

HAVE YOUR SAY: Give crazy beast another name.
No one-word answers. Use full sentences to explain your thinking. No comments will be published until approved by editors.