A drawing of the giant parrot next to a small New Zealand wren bird. Picture: Dr Brian Choo, Flinders University

Australian palaeontologists have discovered a toddler-sized parrot so tall it could poke an adult in the belly button.

The 1m tall, 7kg parrot has been nicknamed “Squawkzilla”.

It was at least twice as big as the kakapo, the largest parrot alive today, also from New Zealand.

Palaeontologists* found the fossilised leg bones on a trek about 10 years ago at St Bathans, Otago, on the South Island of New Zealand. St Bathans is a former mining town that is on top of an extinct lake. The lake preserved many, many fossilised plant and animal remains from the early Miocene* epoch*.

Finding the big bird’s fossilised leg bones was pretty exciting at the time, but palaeontologists couldn’t really know what it was they’d found.

The bones sat on a shelf with other fossils for years and many people assumed they belonged to eagles. 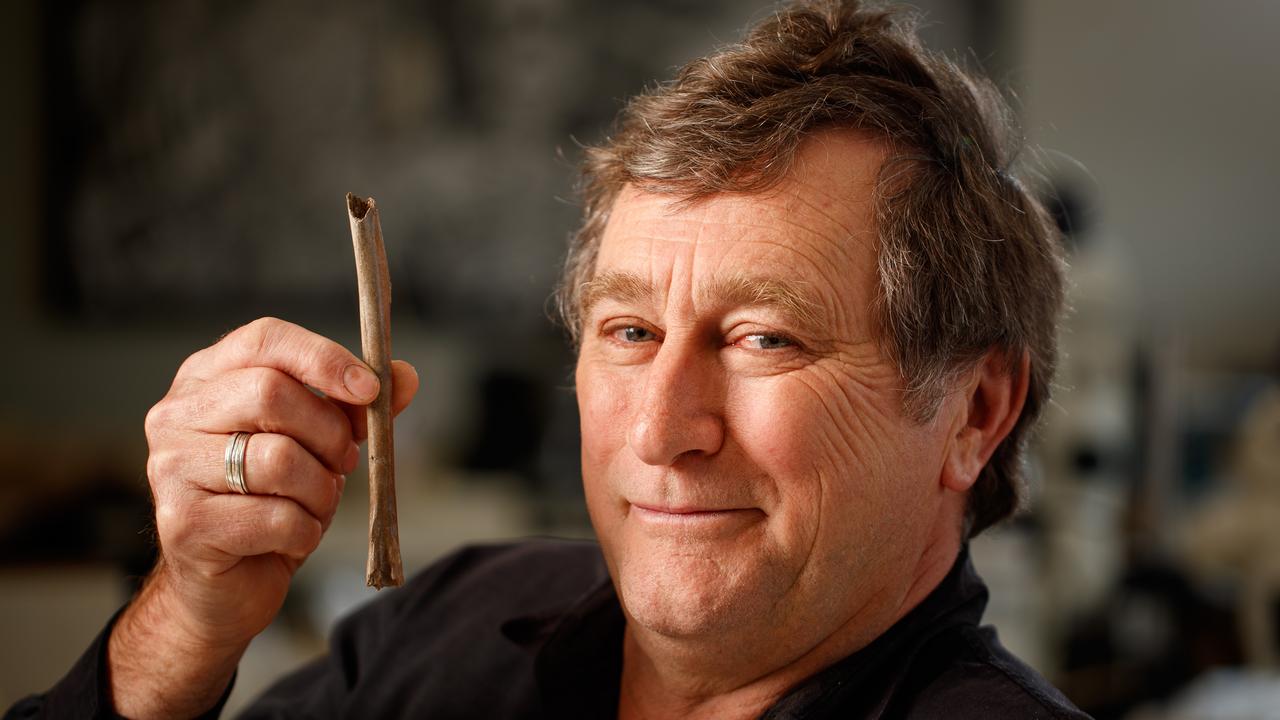 Associate Professor Trevor Worthy with one of the fossils. Picture: Matt Turner

All these years later the buzz is even bigger after researchers revealed the fossils belonged to a parrot they have called Heracles inexpectatus.

The parrot’s existence was brought back to life following extensive research at Flinders University, South Australia.

He described it as “one of the most spectacular birds we have found” in an area well known for its giant birds.

“Not only moa dominated avifaunas* but giant geese and adzebills shared the forest floor, while a giant eagle ruled the skies,” Assoc Prof Worthy said.

“But until now, no-one has ever found an extinct giant parrot — anywhere.” UNSW Sydney Palaeontology Research Centre Professor Mark Archer, who is part of the research team, said Heracles is the largest parrot ever discovered.

He told National Geographic it was so big it would be “able to pick the belly button lint* out of your belly button”.

It is thought the bird was probably flightless but it’s unclear how it would have eaten enough from what it could find on the forest floor to sustain* its massive size.

It may have eaten other parrots.

Prof Worthy said it’s assumed the parrots’ extinction was caused by a climate drop in Otago up to 13 million years ago, where the temperature averages dropped around 8C, causing the extinction of other bird species due to shortages of fruit.

Prof Worthy expects to uncover many more unexpected species from fossils found in the successful 2008 trek in New Zealand.

to predict what the possibilities are, that’s why palaeontology is so much fun,” Professor Worthy said.

Palaeontologists from Flinders University, the University of New South Wales and Canterbury Museum in New Zealand have been excavating in the area for 20 years and continue to unearth new birds and animals.

“While Heracles is one of the most spectacular birds we have found, no doubt there are many more unexpected species yet to be discovered in this most interesting deposit,” Prof Worthy said.

The findings are published in the journal Biology Letters. 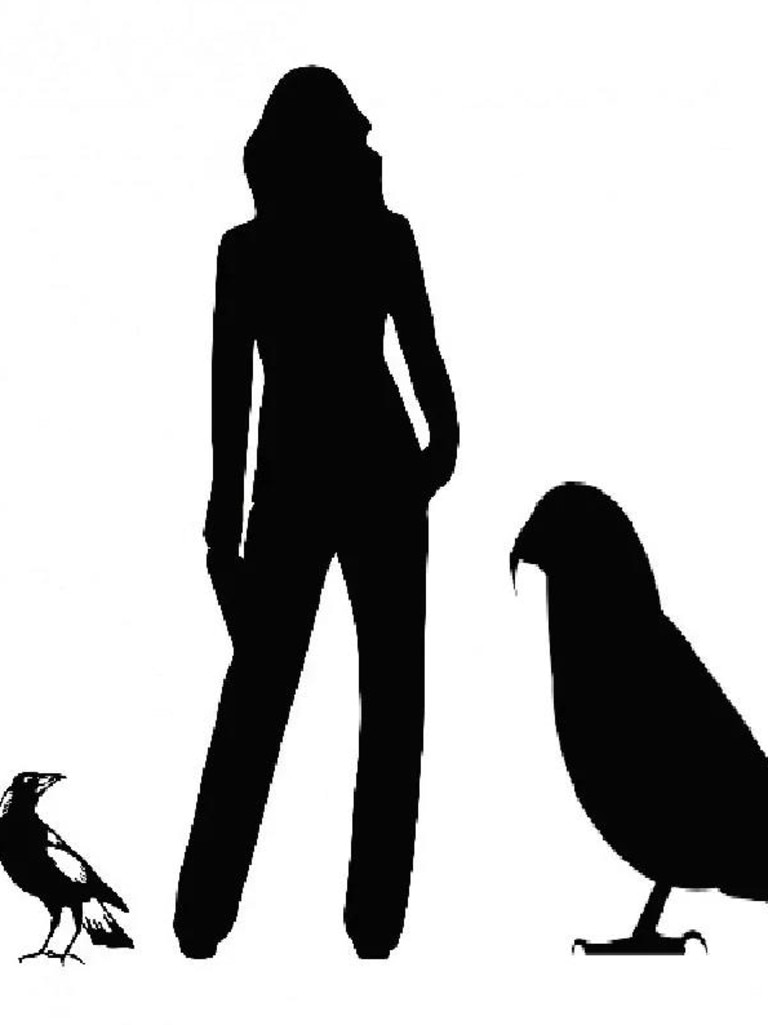 A size comparison showing the Heracles Inexpectatus standing next to an adult and a magpie. Picture: Professor Paul Scofield, Canterbury Museum

CLASSROOM ACTIVITIES
1. What don’t we know?
List as many facts about the giant parrot that you can find in the story. Then, write a list of facts that we don’t know about this bird. Next to each fact in this list, write down what you think palaeontologists would need to find or do to find out this information.

2. Extension
In the story, Professor Worthy says that Heracles inexpectatus shared the forest floor with giant geese and adzebills. What kind of creature do you think an adzebill was? Draw one and write paragraphs describing this ancient animal. Include details such as what it ate, how it moved, its size, a physical description and other details that you think are important to know about this creature. Use your imagination and clues in the story to help you.

HAVE YOUR SAY: What would you call this bird if you could name it? Choose something that sounds scientific, a common name and a nickname, based on what you know about it.
No one-word answers. Use full sentences to explain your thinking. No comments will be published until approved by editors.