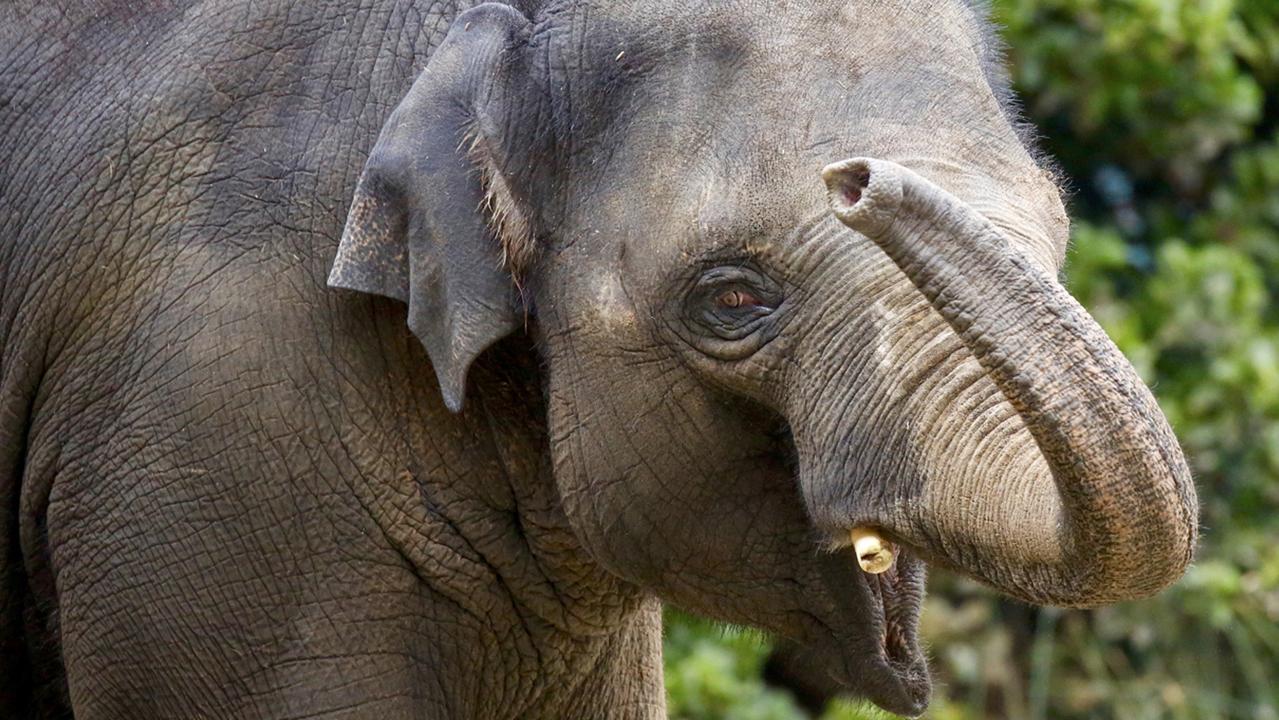 An elephant flew to America this week and made Australian history.

Ongard weighs three tonnes, so he didn’t fit in a regular seat. Not even a business-class seat. He took up the whole plane on a special flight from Melbourne Airport that took 23 hours and cost $1 million.

The seven-year-old Asian elephant is the first elephant of any kind ever to leave Australia.

He is the first male elephant born at Melbourne Zoo and he has moved to Zoo Miami in Florida, in the US, to make babies with female elephants there. Ongard at Melbourne Zoo when he was aged five. Picture: AAP

Asian elephants are endangered*, with fewer than 50,000 left in the wild. Zoos have an important job in making sure as many baby elephants are born as possible. And that meant Ongard had to move to the other side of the world.

Because a flight of this kind had never been tried before, zookeepers planned it for two years — and it all went perfectly.

“This is the first elephant to ever leave the continent* of Australia,” Melbourne Zoo’s Dominic Moss said.

“We had to sort of pave the way* with logistics* and figure it out … because nobody had ever done it before (and) we didn’t have a manual*.” Ongard’s keepers walked him into a special shipping container that was then loaded on a truck for a drive with a full police escort* to the airport.

“It all went flawlessly* to plan and so we were bang* on time,” Mr Moss said.

“We had the fastest ever drive to Tullamarine Airport … because Victoria Police synchronised* all of the traffic lights for us.

“Tullamarine in 15 to 20 minutes is possible … if you’re an elephant.”

Melbourne Zoo’s head vet Dr Michael Lynch and head elephent keeper Steve Blanchard, as well as a vet from San Diego Zoo and curator from Zoo Miami all travelled with him.

A big welcoming party met him at Miami, which was chosen because the zoo there works hard to save this species and it is warm and tropical, which Asian elephants like.

“He’s now met one of the female Asian elephants at Miami Zoo and, by all accounts*, they’re getting on,” Mr Moss said.

Two of Ongard’s keepers will stay with him in America for several weeks while he settles in and Dr Lynch will also spend a few days making sure he has recovered from his flight.

endangered: in danger of becoming extinct

pave the way: do it first

logistics: details of a plan

synchronised: timed to line up

1. Read the story carefully. Write down at least 10 important facts about Ongard and his journey.

Extension: Use this story to design and write a picture book (or picture story) for younger kids called Ongard, the Flying Elephant. Your book (or story) should be about Ongard’s journey.

2. What’s your favourite animal? Create an acrostic poem about them. An acrostic is a poem where the first letter of each line spells out a word.

The first letter of each line of your poem will spell out the name of your favourite animal.

Extension: What do you think would be a great way to celebrate Ongard’s arrival in Miami Zoo? Plan a special Welcome Ongard Day that includes a welcoming ceremony, a party and some activities. The day should help visitors to the zoo learn more about Asian elephants and why Ongard is so important. Create a Party Pack for the day. Your pack should include an invitation, an information leaflet about Ongard and a poster advertising the activities. You can add anything else that you think would make it a great day.